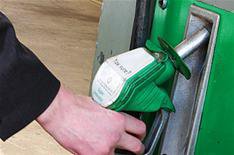 Drivers could save 144 a year, after the Chancellor revealed a freeze on fuel duty.

Duty paid on fuel had been set to rise by 3p per litre in January 2012, with a further increase of 5p planned for August 2012. However, George Osborne shelved the tax hikes, saying he recognised that such increases 'would be tough for working families at a time like this'.

Instead, Januarys duty increase has been deferred to August 2012, while the rise planned for that month has been cancelled.

'Families will save 144 on filling up the average family car by the end of next year,' said Mr Osborne.

Drivers in London should also expect improved journey times from north to south of the capital, after the Chancellor committed to building a new crossing in South East London.