How much difference is there between Jaguar’s SUVs? Time to see whether you should go large with the F-Pace or save some money with the smaller E-Pace...

Bigger than the E-Pace but has the same engine and gearbox; is it worth the extra?

Here's a predicament for you to ponder. You’ve been shopping for a posh SUV with a budget of around £40,000, but you’re bored with Audi, BMW and Mercedes and fancy something from closer to home. Land Rovers are a bit obvious, so you’ve ended up in a Jaguar showroom.

On your left-hand side is the E-Pace, a family SUV that shares its underpinnings with the Range Rover Evoque and comes with a range of four-cylinder petrol and diesel engines. To your right is the F-Pace, a large SUV that’s related to the Range Rover Velar and is available with anything from a sensible diesel right up to a monstrous supercharged V8 with more than 500bhp.

In this case, it’s the popular 2.0-litre D180 diesel, connected to an automatic gearbox and four-wheel drive, that has piqued your interest in both cars. The question is, do you save yourself some cash and opt for the smaller E-Pace, or push your budget a bit more and pick the F-Pace?

Although the E-Pace is the smaller of our pair, it weighs much the same as the F-Pace because its body is made from steel rather than aluminium. The result is that both take a disappointing 9.2sec to sprint from 0-60mph – some way off what similarly powered rivals can achieve.

The F-Pace is actually slightly swifter when overtaking slower-moving traffic or getting up to motorway speed on a short slip road. Even so, their performance is adequate at best, not helped by automatic gearboxes in both (particularly the E-Pace) that hesitate before responding to presses of the accelerator. 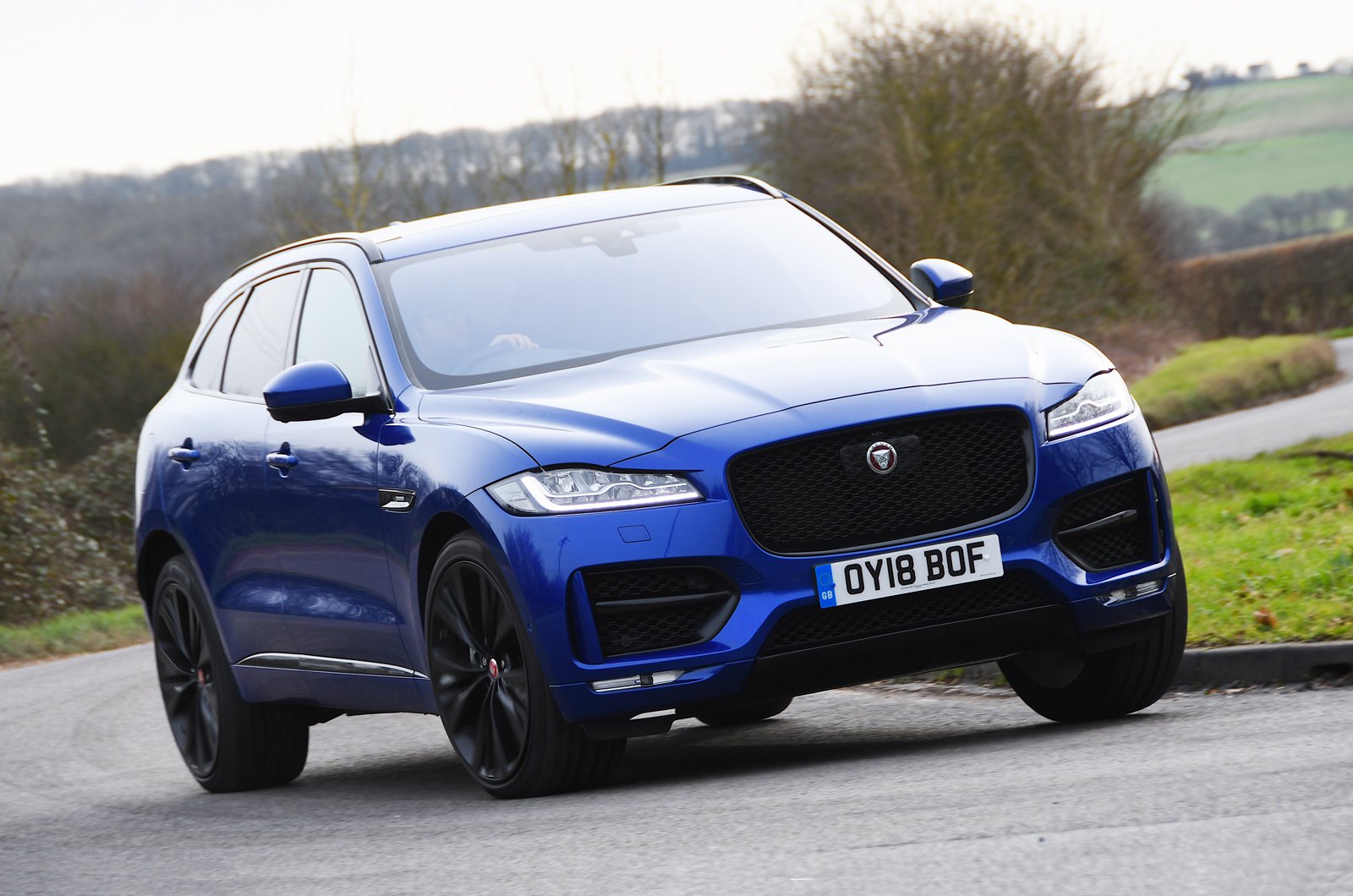 Given that Jaguar made its name building sports saloons and sports cars, you’d hope that some of that same character would be present in its SUVs. And it is. Both cars have meaty, precise and feelsome steering and keep body lean well contained in corners. But while the E-Pace feels reasonably agile, the F-Pace is on another level for handling, scything through bends eagerly and displaying superior balance and grip.

Neither car has a particularly comfortable ride, though. The F-Pace is no boneshaker, but you’re very aware of surface imperfections, especially around town. The E-Pace, on the other hand, is just too stiff. It jiggles around over most surfaces, while your head is tossed from side to side along uneven roads.

The engine isn’t particularly quiet in either car; you’ll notice it thrumming away in the background at tickover and getting rather coarse under hard acceleration. You’ll hear some wind and road noise at motorway speeds in these cars, too; in both cases, several rivals are quieter.

How to spec a Jaguar E-Pace