* JLR joint venture with Chery * Jaguar and Land Rovers to sell in China * No details yet on new brand's name... 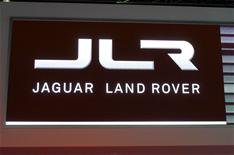 Jaguar Land Rover is to embark on a joint venture with Chinese maker Chery. This will lead to a unique Chinese-market car under a new brand name, JLR CEO Dr Ralf Speth has admitted to What Car?

JLR and Chery are on the brink of signing a deal that will allow the British company to make and sell Jaguars and Land Rovers in China. Chinese regulations state that in order to tap into the lucrative luxury car market, Jaguar Land Rover needs to co-own a domestic brand.

Speth would not elaborate on precise details of the deal, or the new brand and product that could emerge from it. However, he conceded that it has to be a serious product which would be both popular and profitable in China.

Its unlikely that this new car will be sold in Europe but it could be exported to other developing markets, such as India and Brazil.
Speculation suggests that the new JLR Chery vehicle will be an eco-model, specifically a full EV, because such cars are becoming increasingly popular in China.

The tie-up could also resurrect one of Jaguar Land Rovers dormant brands, such as Daimler or Lanchester. JLRs parent company, Tata, also owns the rights to the Rover name.