The previous version of the Mazda CX-5 was one of our favourite large SUVs. Can this new model follow in its footsteps?...

Geddington is a picturesque village in the Northamptonshire countryside. It has one main road running through it, and at either end of the village are speed cameras. I know this because, a few years ago, a relative who had been staying with us telephoned late at night to say he thought he’d seen one of them flashing at him. Indeed it had, and said relative received some shiny new penalty points for Christmas. Driving through the same village this festive season, then, I wasn’t going to let the same happen to me.

Fortunately, the comprehensive list of standard equipment on our Mazda CX-5 includes a speed limit function. It’s not something I’ve thought to use before, but approaching Geddington I pressed the button on the steering wheel, disabling the cruise control and instead setting a speed limit of 30mph. It’s an odd sensation at first, because the accelerator response dulls considerably if you try and push past your set speed. If you put your foot down – and I mean bury it into the carpet here – then you can disable the system and see your speed rise, but I was pleased to sail past both of the villages sentinels at a sedate 30mph. 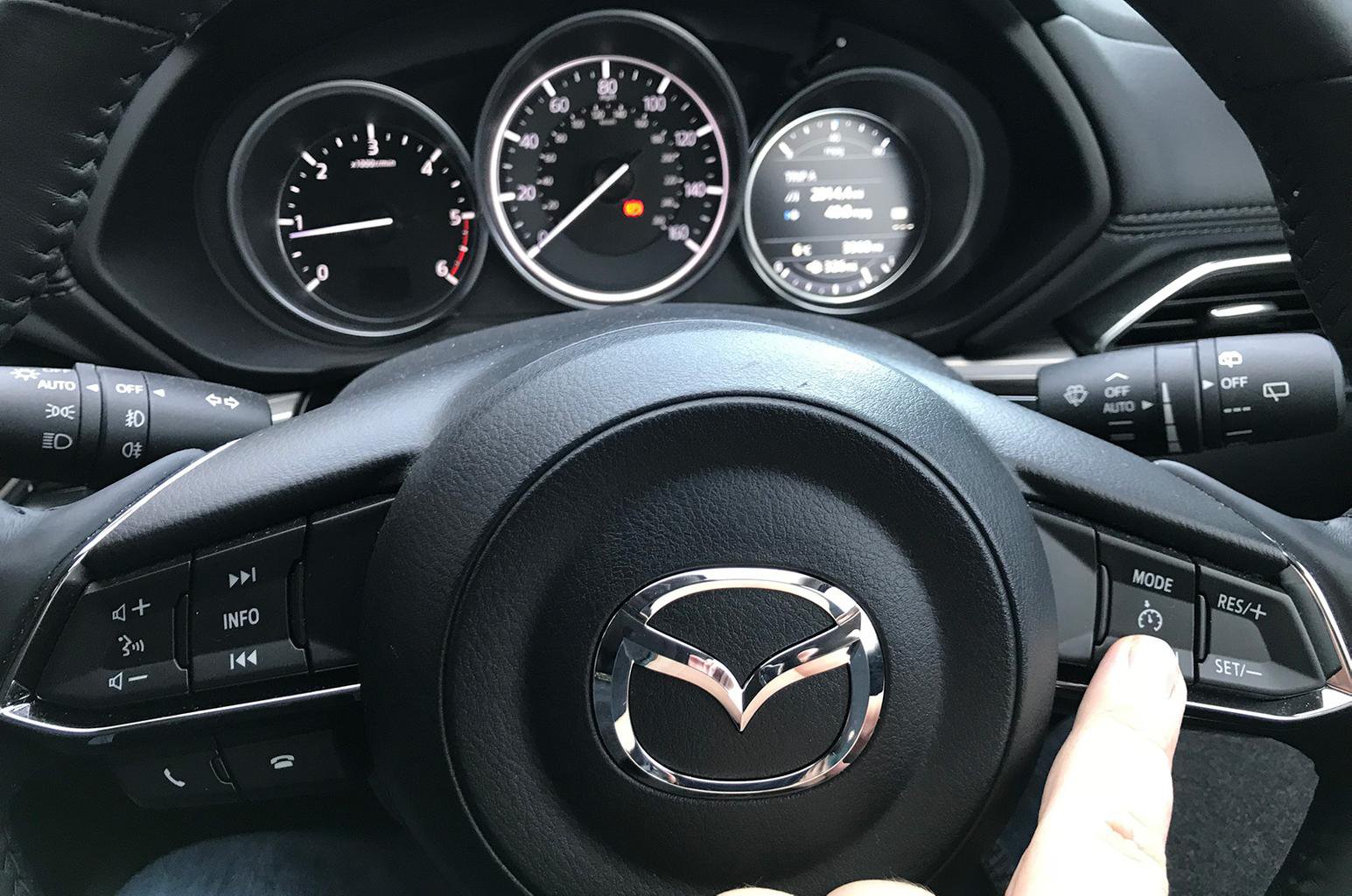 The roads around where my parents live also shift from national speed limits, through to 40mph country lanes and into 30mph urban areas with little warning, so the CX-5’s traffic sign recognition system also came in handy. I’ve been impressed with how well the system can pick up traffic signs – even in low light – and display the speed limit on the standard-fit (for Sport Nav models) colour head-up display. It’s been caught out a few times, though, when traffic signs have either been dirty or otherwise obscured, meaning the forward-facing camera can’t see them and therefore can’t relay the information.

The frosty mornings we’ve experienced this winter have also meant I’ve had to leave the house five minutes early to go and sit in the CX-5 and wait for its front windscreen to de-fog. I know that the vast majority of cars rely on air flow to clear their screens rather than the sort of windscreen heating system which Ford pioneered, but seeing another relative drive off after mere moments in her five-year old, £17,000 Focus while I’m stuck on the driveway in my new £29,500 CX-5 still stings a little.

More from our long-term Mazda CX-5 >