The Mini hatchback is consistently among the UK's best-selling small cars, but is a recent update enough to help it challenge the class leaders? We've had four months to find out...

When I took delivery of my Mini hatchback, with its striking red paintwork and cheeky grille, I had an feeling that we would get along well. This was, after all, a car which appeared to suit me and my lifestyle down to the ground, and one which still sells like hot-cakes in the UK. Despite that, however, I wondered how much of its initial shine would be rubbed off after four months of use – the answer, as it turns out, is none at all.

Let’s start with the 1.5-litre petrol engine under the bonnet. With 134bhp available it felt usefully quick around town, but never out of its depth on faster roads. In fact, thanks to its willingness to rev, I was able to scoot away from traffic lights with ease – a useful trick on my traffic-heavy commute. The engine even sounded sporty, especially if I left the Mini in Sport mode, which sharpened up its accelerator response to the point where it felt as nimble as a hot hatch, even if it didn’t quite have the pace to match one.

And then there’s the automatic gearbox. This was a contentious choice in the What Car? office, because we recommend the standard six-speed manual option. For me, however, who spends most of my life in urban traffic, the £1400 needed to upgrade to the seven-speed automatic felt like money well spent. It offered smooth, fast shifts, and generally helped to make the most of the Mini’s power. My only gripe would be the lack of paddles on the steering wheel for those times when I wanted to take control myself.

Fuel economy was also a bug-bear, because over my time with the car I’ve averaged 36.5mpg, and that’s despite taking the Mini on regular motorway trips to see family in Northamptonshire. It’s especially troublesome when you consider that when we put this engine through our True MPG tests in 2017, it returned a result of 41.3mpg. For contrast, Seat’s Ibiza – albeit with a smaller 1.0-litre engine, but a car buyers in this class might be considering – returned 54mpg on the same tests. 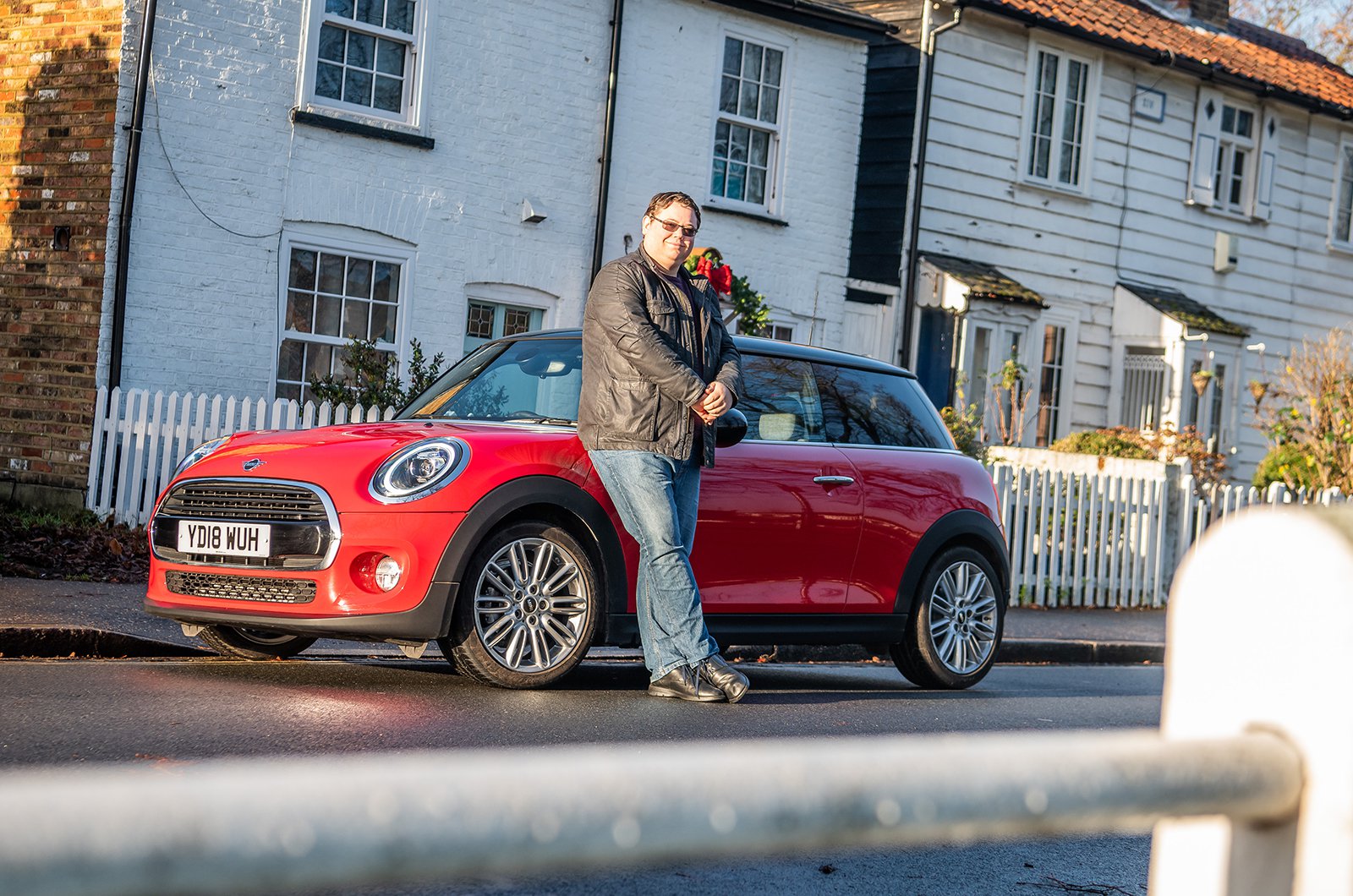 The ride was pretty firm, too, and not helped by the 17in wheels fitted to my car. It wasn’t uncomfortable, but I certainly felt lumps and bumps in the road more than I would in rivals such as the Ford Fiesta.

Running costs and ride aside, however, the Mini was mechanically impressive. And it was faultless, too– perhaps something to be expected given it scored an impressive 93.8% on our latest Reliability Survey.

I loved its interior, too. Not only did the diminutive Mini have enough space for my amble body to stretch out inside, but there was also room, at a push, for those rare times when I did need to carry more than two people. Its BMW iDrive-based infotainment system was very easy to get along with, too, so much so that despite having Apple CarPlay connectivity, I opted to use the Mini’s own system most of the time. And, as I reported in a previous update, awarding scores for things like being economical adds a sense of fun and competition into driving the Mini.

I specified my car with two option packs over its standard Classic trim: the Navigation Plus Pack, which includes things like sat-nav and a larger infotainment screen, and the Comfort Plus Pack with its front centre armrest and climate control. Both, I would say, are very worth having, and while you might wince at spending £3600 on the two combined, the minimum Target Price saving of £1300 on my car from What Car? New Car Buying helps to soften the blow.

So here’s the crux, then: should you buy one? Well, for all its virtues, there are areas where the Mini is let down: rear space, mainly, and a slightly firm ride. And those are both areas where rivals such as the Volkswagen Polo ultimately do a better job. If, however (and like me), you’re utterly seduced by the Mini’s cheeky styling and can-do attitude, then it’s a fun car to live with. And it’s one that I can definitely see adorning my driveway in the future.

More from our long-term Mini hatchback >

Used test: Audi A1 vs Mini 5dr vs Peugeot 208 interiors