Nissan has tweaked the Navara pick-up to give it better on-road manners and a more refined interior. How does it fare against its Mitsubishi L200 rival?...

Has Nissan's quest to make its latest Navara more car-like to drive been successful?

Despite their rudimentary construction, pick-ups remain a common sight on our roads. They’re classed as light commercial vehicles (LCVs) for tax purposes, so are a cheaper alternative to a traditional large SUV, especially for business users.

The Mitsubishi L200 has a long history of UK sales success, chosen for its no-nonsense work ethic and proven reliability. It was refreshed late last year, gaining an improved interior, better refinement, and new, cleaner engines.

Nissan's Navara is another popular pick-up, and it’s also been given a recent overhaul, including new rear suspension and a more car-like interior.

So, which is the better pick-up?

Flawed, which is no surprise given the old-school ladder chassis that lie beneath their heavy bodies. That means neither is as good to drive as a large SUV, but each has its own merits viewed next to rival pick-ups.

The Mitsubishi’s larger 2.5-litre diesel engine produces 10bhp less power than the Nissan’s 2.3-litre motor. However, the L200 is 100kg lighter, so it takes less time to sprint from 0-60mph. The Mitsubishi’s engine doesn’t pull as hard at low revs, though, so the Nissan is actually more flexible in most types of driving. Better flexibility counts for more with pick-ups, because they'll often be hauling heavy loads.

Neither vehicle’s notchy manual gearbox is a pleasure to use – and the short gearing of both ensures they’re used often. The Navara and L200’s engines grumble to life and stay vocal when under load and at a steady cruise. Wind noise is also a problem in both cabins at higher speeds. The Navara suffers from less road roar, however, and does a better job of suppressing its engine noise, despite sitting at higher revs in sixth gear at 70mph. 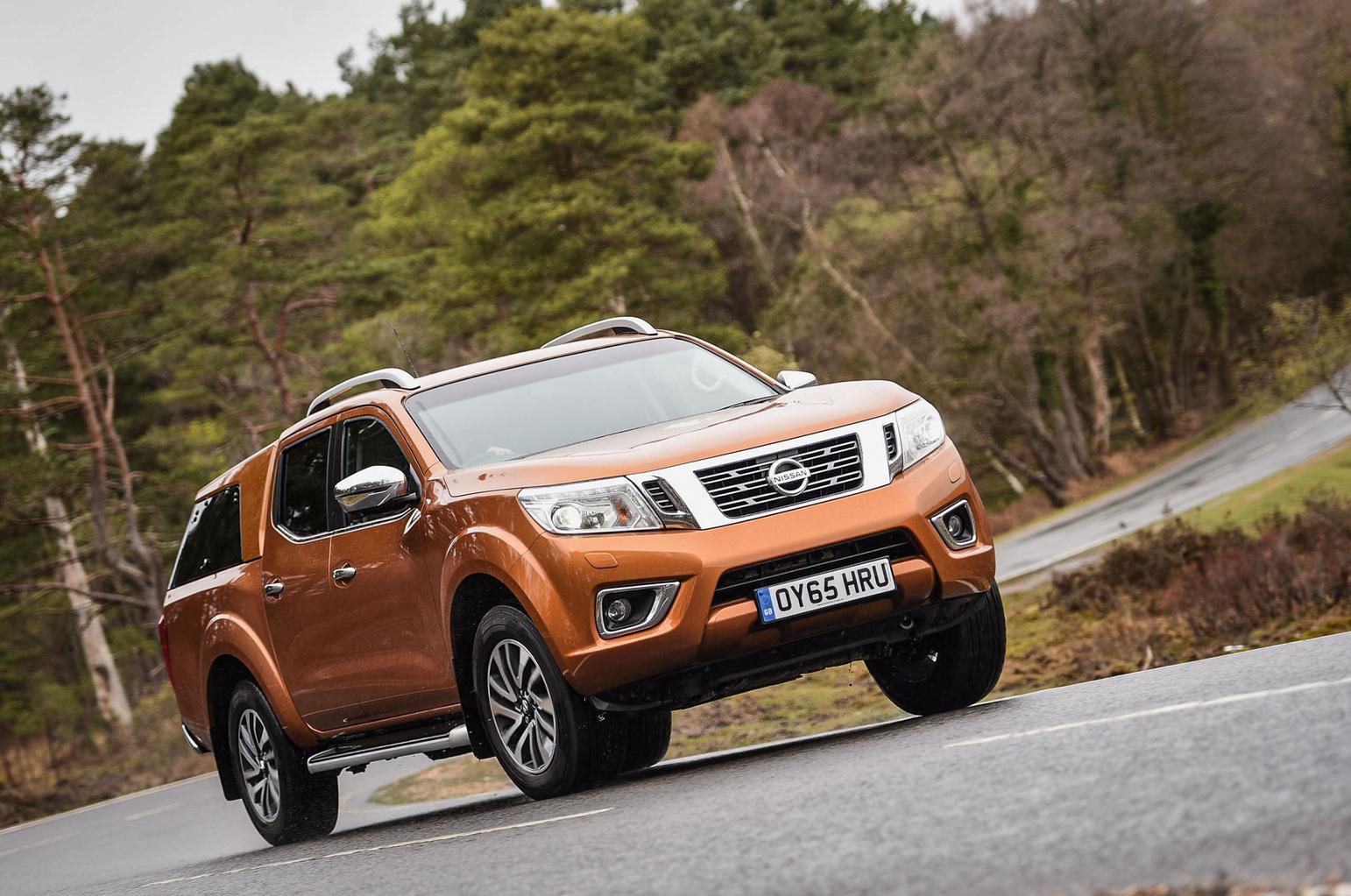 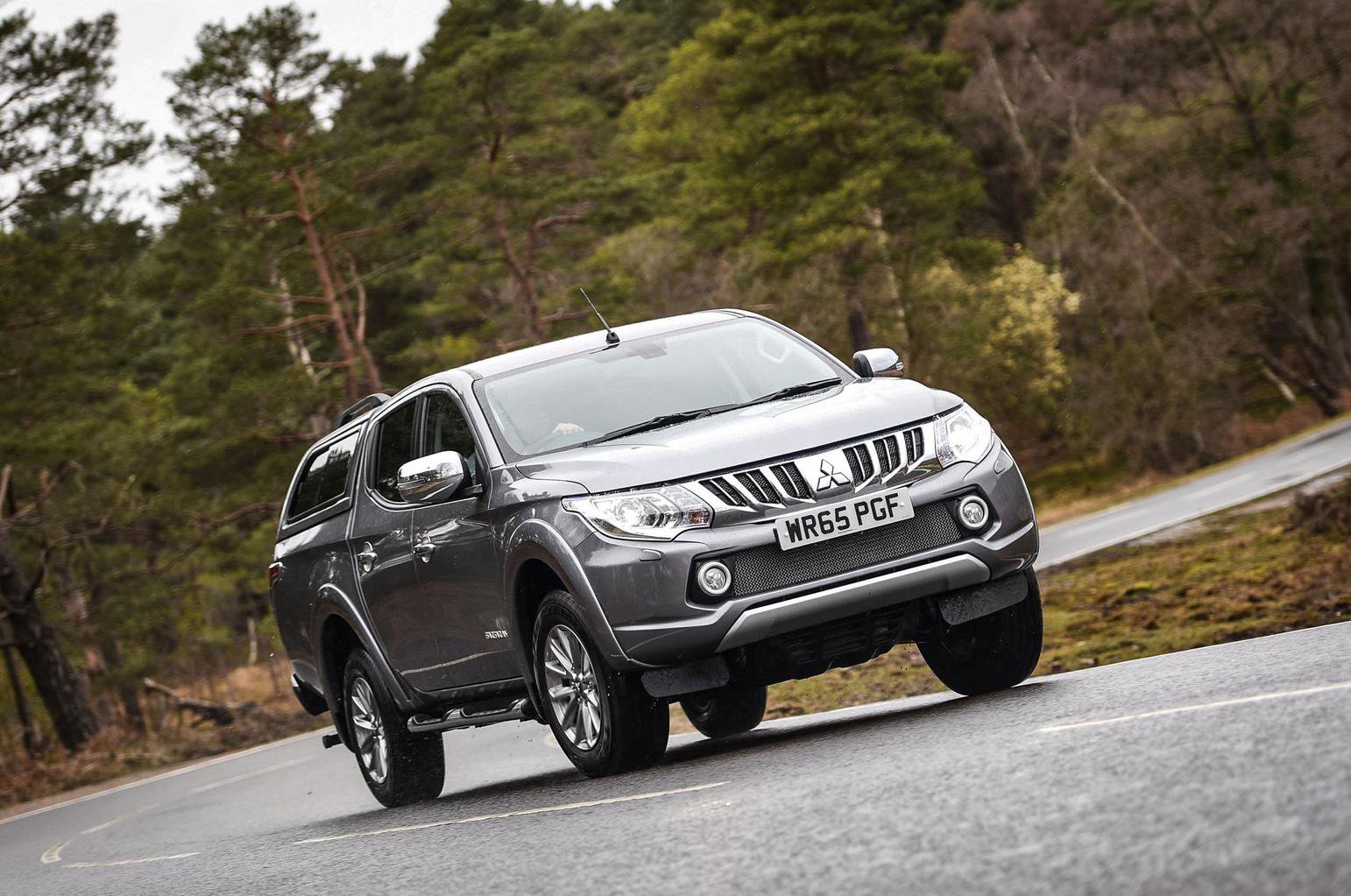 Neither pick-up is exactly fun to drive hard round corners, which is hardly surprising given that both are primarily designed to cope with heavy loads and arduous off-road driving. The L200 makes the best fist of it, remaining flatter than the Nissan through bends, and with more consistently weighted steering. It’s all relative, though, because judged against a more modern SUV the L200 still pitches dramatically under braking and sways about a fair bit. It just does so less than the Navara.

At lower speeds, battered town roads are a constant problem for both pick-ups, with most bumps transmitted through the cabin to everyone on board. That said, the Navara’s new, softer, more sophisticated rear suspension means it’s the slightly more comfortable option. On the motorway, the Nissan is the more composed over expansion joints and potholes, too, even if high-speed undulations cause more vertical body bounce than they do in the L200.