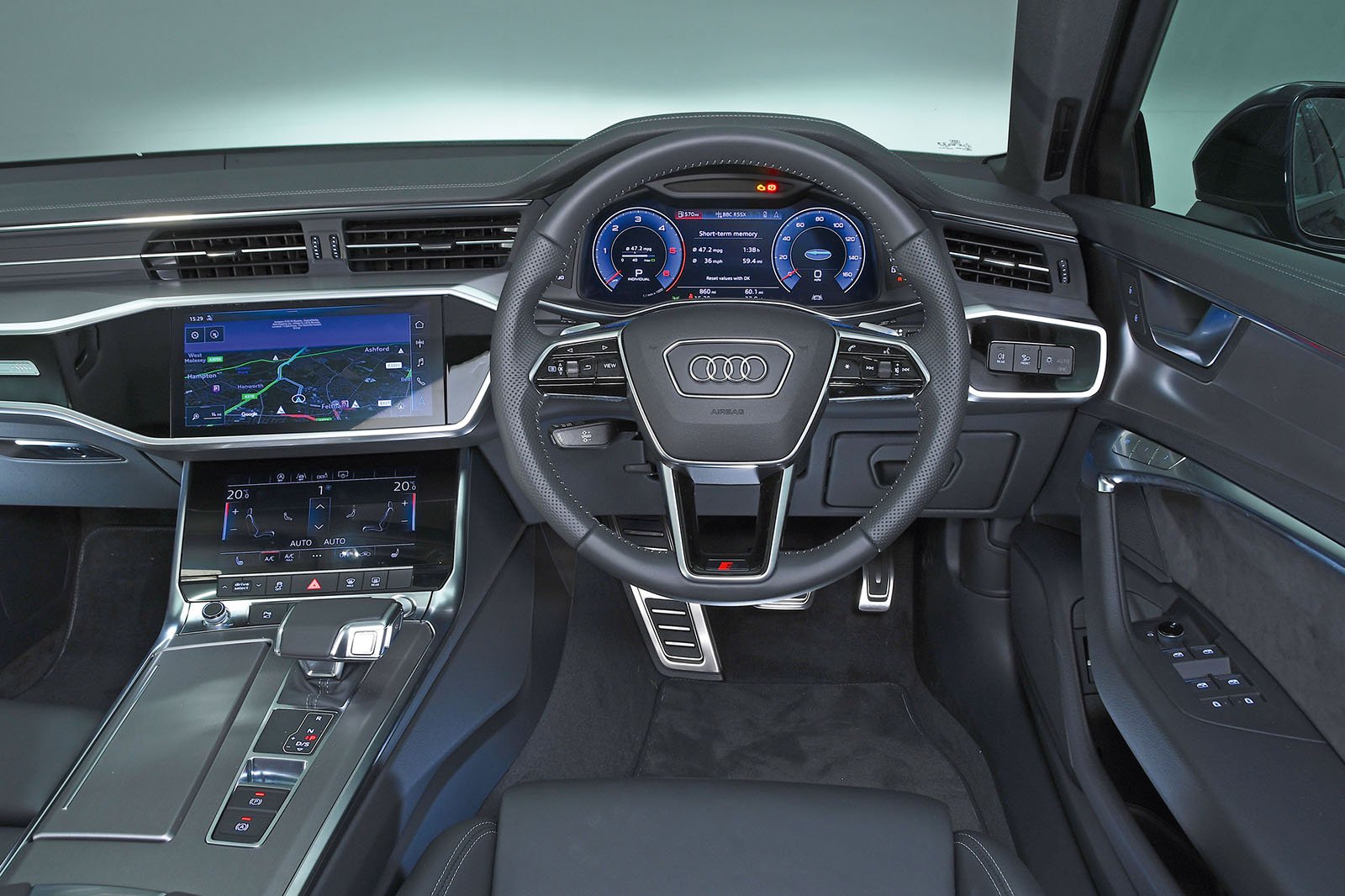 The 5 Series headed into this contest as the car with the interior to beat. And while the A6 gets the closest to it, there’s no change at the top. Why? Well, the problems with the layout of the 5 Series include pedals that are slightly offset to the right… and that’s about it. Besides, the pedals in the other two are also offset – a niggle that in the E-Class is compounded by the steering wheel being offset slightly to the left. The A6, and more so the E-Class, have intrusive centre consoles that nudge against your left leg, too.

You have to pay £275 for adjustable lumbar support in the 5 Series, and that feels like BMW penny-pinching, given that the E-Class and A6 get this as standard (the A6 actually goes even further, with a fully electrically adjustable driver’s seat). But with lumbar adjustment added, the 5 Series’ seats are the most supportive. The others’ are good, but the A6’s sports seats don’t grip you as well in corners, while the E-Class’s heavily bolstered pair will feel a little too snug for some. 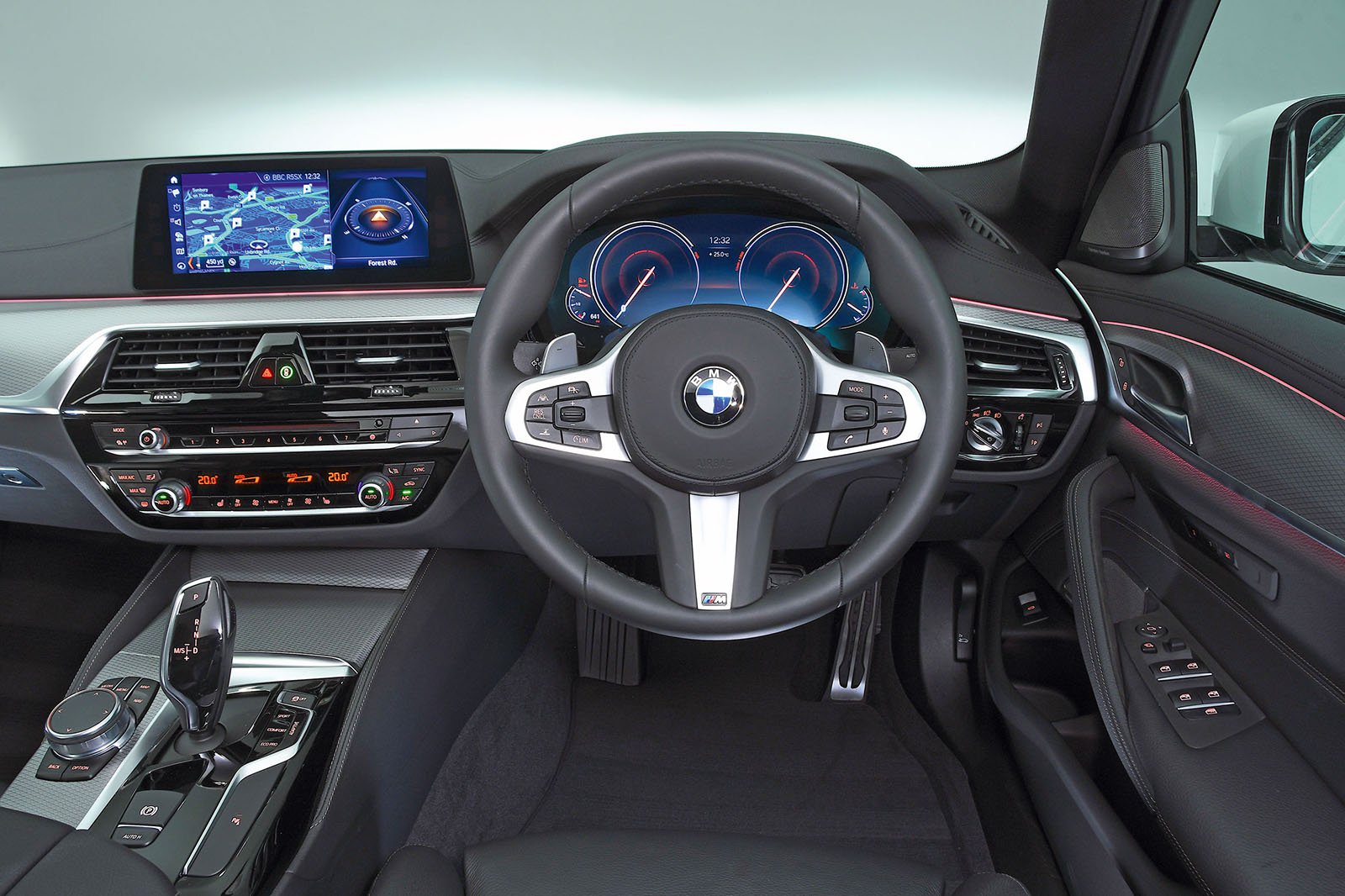 All the cars come with clear instrument dials, but only the 5 Series features digital dials as standard. Not that they do much of note, other than turn red when you engage Sport mode. Audi and Mercedes both charge £1495 (as part of packs) for digital instrument displays, but they’re far more configurable and able to show lots of useful information.

Along with the infotainment screen (see panel), the A6 can be had with up to three screens, because there’s another for its climate controls. This gives haptic feedback when you press an icon, but other than looking good, what’s the advantage of it? None, as far as we can tell; you’re actually disadvantaged, because you can’t feel the position of screen icons, unlike the physical buttons in the 5 Series and E-Class, so you have to take your eyes off the road to locate them, and that’s clearly less safe.

At least you won’t struggle to see out of the A6. Its front pillars are the thinnest and its large rear quarter windows really open up your over-the-shoulder vision. The 5 Series is also pretty good in this respect, while the E-Class’s thicker rear pillars limit your vision the most. But all three provide front and rear parking sensors as standard, along with a rear-view camera in the A6 and E-Class (BMW charges £375 for this). In addition, all three come with blazing LED headlights as standard – although only the A6’s are the clever adaptive type. 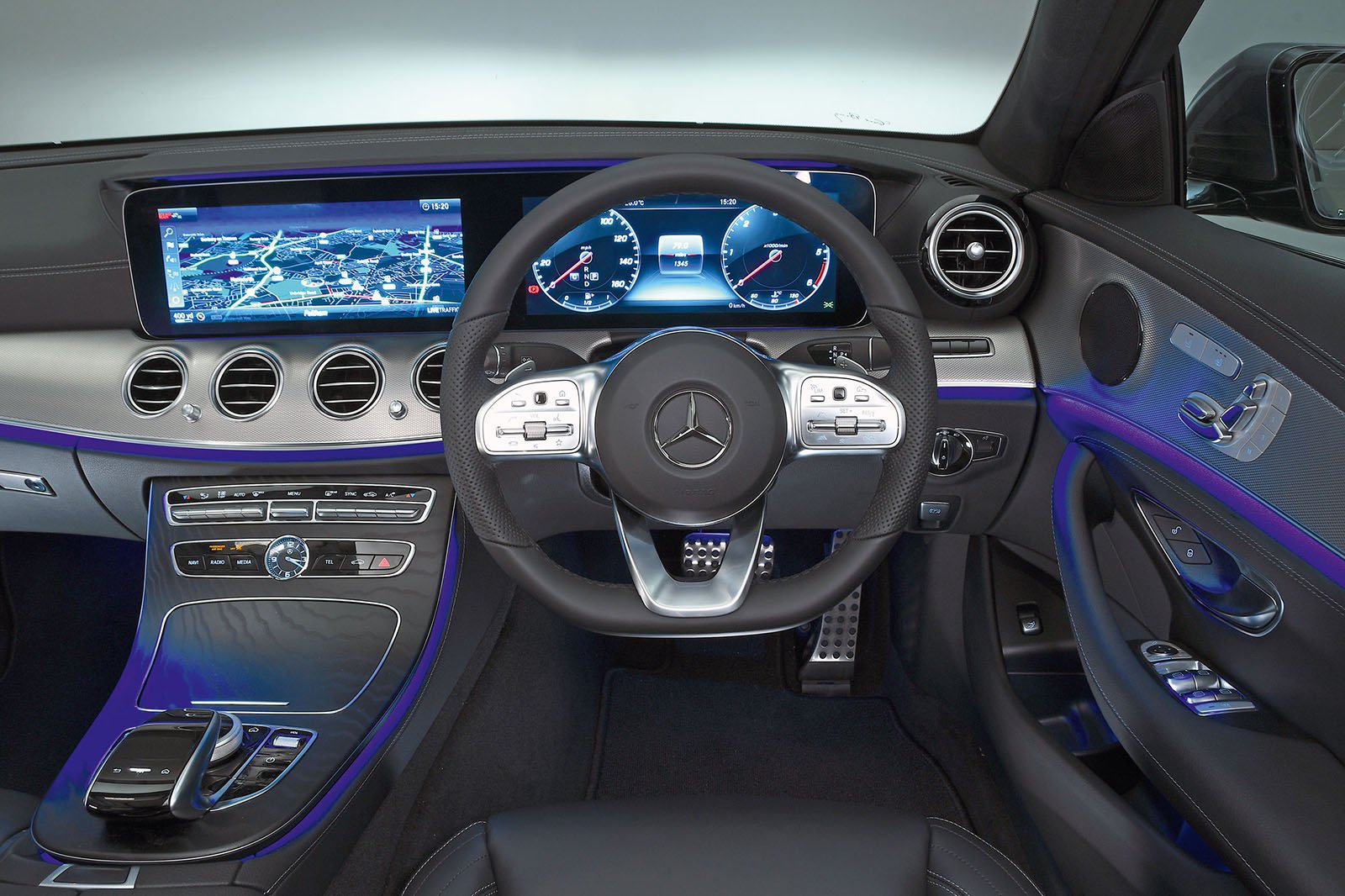 Which interior feels the most special? Arguably, on looks alone it’s the E-Class’s, thanks to it having the richest mix of wood, leather and aluminium trims. Both the A6 and 5 Series look a little less psychedelic but still swish at night, being bathed in ambient light. In terms of construction and material integrity, though, both have the edge over the E-Class.