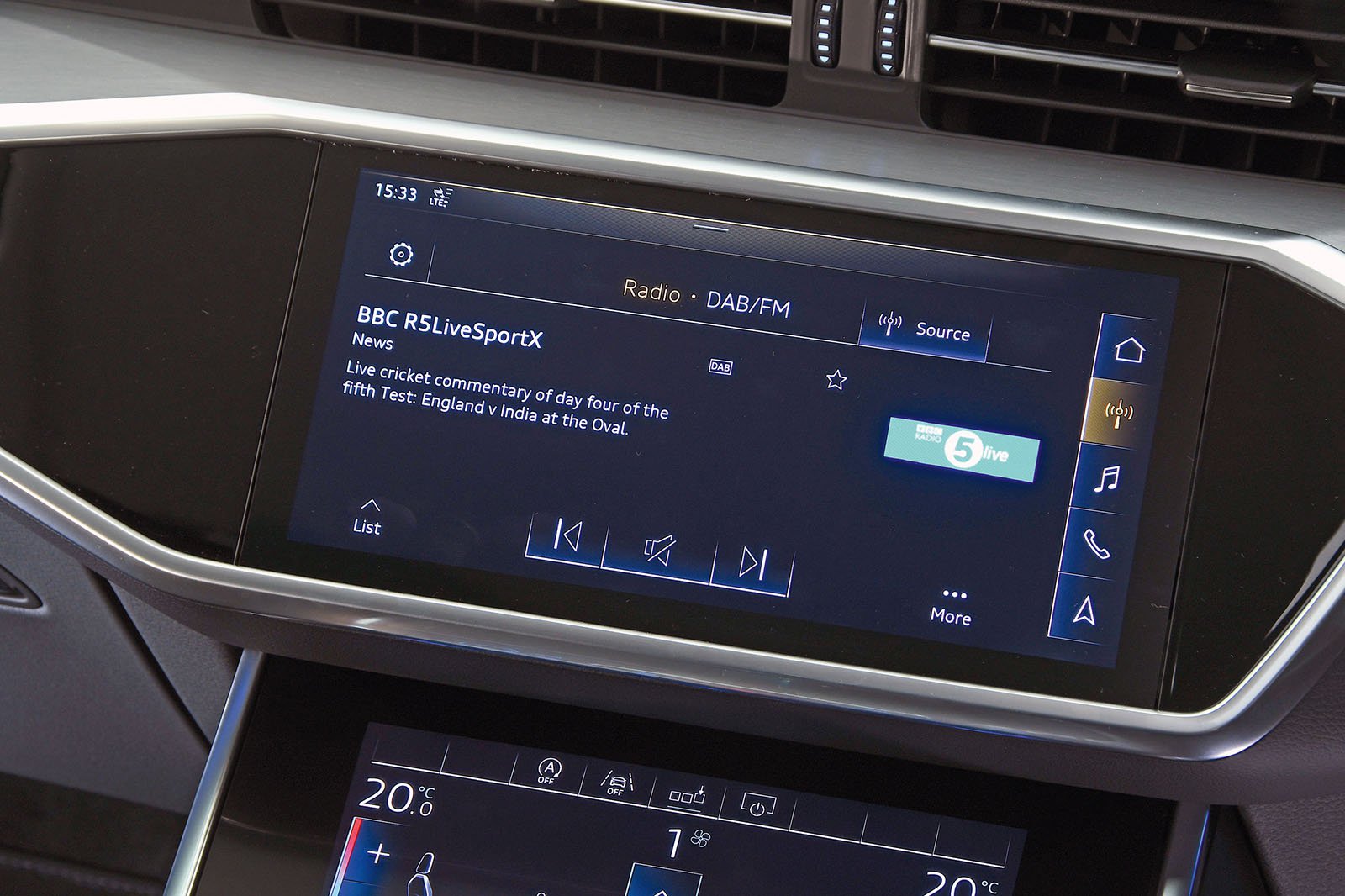 Audi’s latest infotainment system swaps a rotary controller (like BMW’s and Mercedes’) for a touchscreen that gives haptic feedback. It’s a retrograde step. The menus are less intuitive and the touchscreen diverts your attention from the road more than a dial to scroll with. The screen is sharp, though; the version shown is the 10.1in upgrade that comes as part of the £1495 Technology Pack. The standard 10-speaker hi-fi sounds clear and punchy. 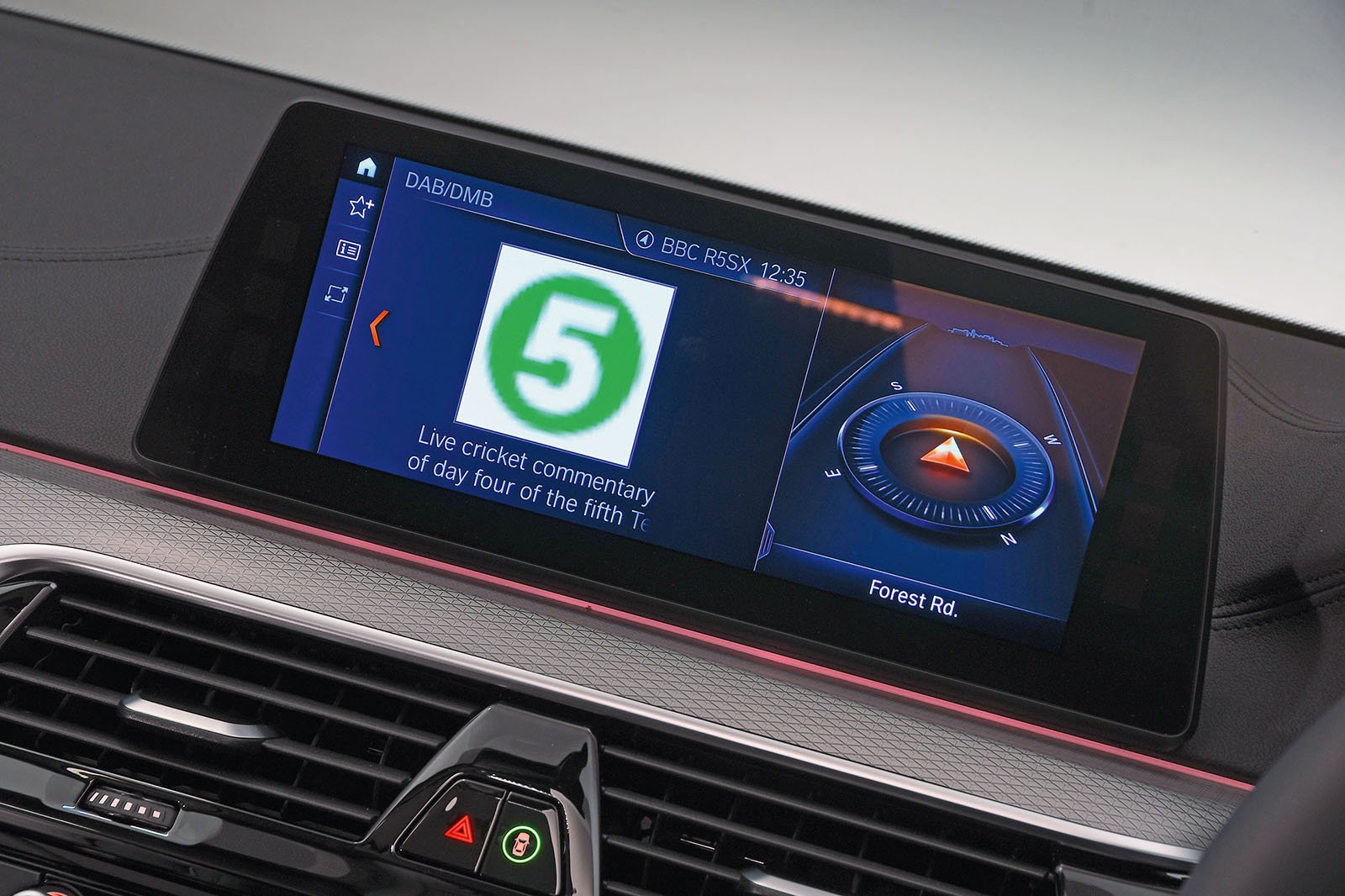 Since Audi overhauled its infotainment, BMW’s iDrive has been by far the best around. Its rotary controller and simple shortcut buttons make it a doddle to navigate the intuitive menus while driving, and you can use it as a touchscreen while parked if you wish. The large screen is also clear, with smart graphics, but it’s a shame that you have to pay extra for Apple CarPlay, while Android Auto is unavailable. The 16-speaker Harman Kardon stereo (£895) is great. 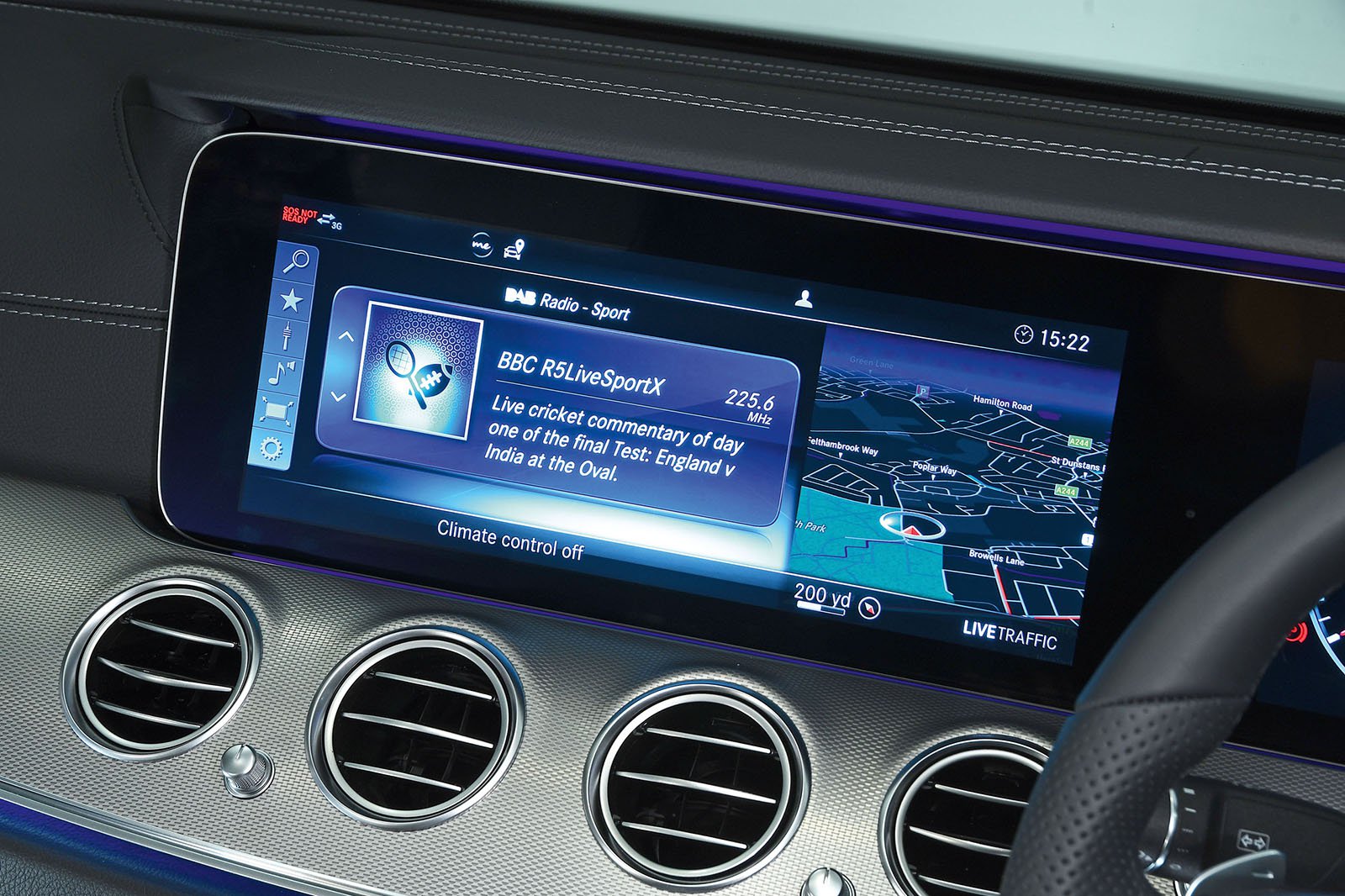 At 12.3in, this screen is the largest of the three, but you need to upgrade to Comand Online (£1495) to get the most features. This adds Apple CarPlay and Android Auto, a concierge service, a wi-fi hotspot and a writing pad for entering addresses into the sat-nav. Mainly you use the rotary controller, which works well enough, but the menus aren’t as clear or snappy as the 5 Series’. The stereo isn’t as good as the A6’s, and the Burmester upgrade is £3895.