Competition in the electric car market is hotting up with the arrival of Audi’s E-tron luxury SUV. Let’s see if it’s good enough to beat our current favourite, the Jaguar I-Pace... 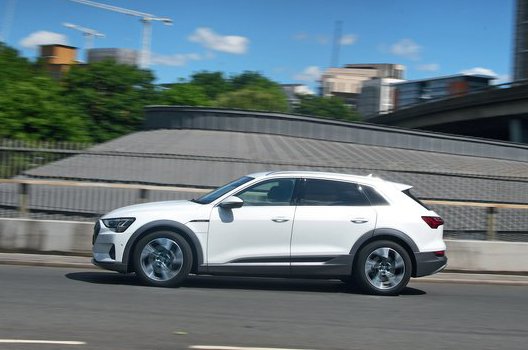 The £3500 grant you get from the Government when buying any pure EV is jolly nice, but it doesn’t make a huge dent in these cars’ colossal list prices. It’s worth knowing that you can buy an I-Pace for quite a bit less (from £60,995, including the grant), but you’ll need the SE model that we’ve lined up here to roughly match the standard specification of the E-tron.

If you were to buy the car outright, the pricier E-tron would actually cost you about £3200 less to own over a three-year period. That’s because the I-Pace is predicted to shed its value at a faster rate. There’s barely anything in it for servicing and insurance costs, and while the I-Pace uses about 25% less electricity for every mile travelled, that still only works out to a saving of around £170 every 12,000 miles (assuming you charge up at home).

If you sign up to a PCP finance agreement instead, with an £8000 deposit, a three-year term and an annual limit of 10,000 miles, the I-Pace will cost you £731 a month –a fiver more than you’ll pay for the E-tron on the same terms. Both will be remarkably cheap options for company car drivers paying benefit-in-kind (BIK) tax when the Government reduces the tax levy on pure electric cars next April. 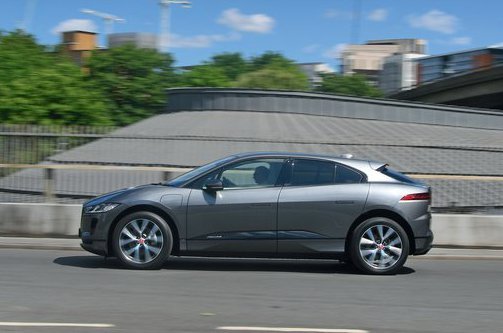 You’d expect plenty of luxuries for this sort of outlay, and both come with leather (or part-leatherette) seats, climate control, 20in alloy wheels and cruise control. The E-tron adds heated front seats (a £300 option on the I-Pace), but the Jag hits back with a heated steering wheel (£200 on the E-tron) and its cruise control system is adaptive, so it can automatically maintain a set distance from the car in front while you just steer.

The I-Pace has more standard safety kit to keep you out of harm’s way, too. That said, in Euro NCAP’s crash tests, the E-tron scored slightly better marks for its ability to keep both adult and child occupants protected, while the I-Pace’s automatic emergency braking system wasn’t very good at detecting cyclists.

Both cars can be charged using either a Type 2 or CCS charging connector. The former is what you’ll have at home if you install a wallbox, and assuming you get one with a 7kW output (roughly £400 after a government grant), the I-Pace will charge from completely flat to 100% in around 13 hours. The same charge in the E-tron takes 14 hours.

Plug in at a regular 50kW public CCS point and a 0-80% charge will take roughly 90 minutes in both cars. The I-Pace can actually charge at rates of up to 100kW (80% in as little as 40 minutes), while the E-tron can take up to 150kW (80% in about 30 minutes), but there are only a handful of these high-powered charging points in the UK at the moment. In emergencies, you can also charge both cars from a domestic three-pin socket, but this isn’t a viable long-term solution, because a full charge will literally take days.