The old BMW Z4 wasn’t much fun to drive, but this new one promises to rectify that. Let’s see if it’s a better sports car than the recently refreshed Audi TT Roadster...

A recent facelift hasn’t changed an awful lot about the TT, but it’s always been a great drop-top.

New-generation Z4 promises to put driving pleasure back on the agenda.

Hands up if you think of BMWs as a sportier breed? More often than not they have been, but you can point to several cars in recent years, from rivals Audi, Jaguar and Mercedes-Benz, that have actually been better driver’s cars. Oops… for a company trading under the ‘Ultimate Driving Machine’ banner, that’s akin to Red Bull giving you wings made of lead.

Above all else, then, this new Z4 – a drop-top sports car – needs to expose you agreeably to the great outdoors and put a big smile on your face. There can be no excuses, either, because this is the sDrive30i M Sport version, featuring a 255bhp 2.0-litre turbocharged petrol engine driving the rear wheels only.

As a yardstick, we’ve got the freshly updated Audi TT Roadster. It features revised engines, of which the 242bhp 2.0-litre petrol in the 45 TFSI corresponds neatly with our Z4. Both are fitted with automatic gearboxes, so the biggest differentiator is the TT’s quattro four-wheel drive system. 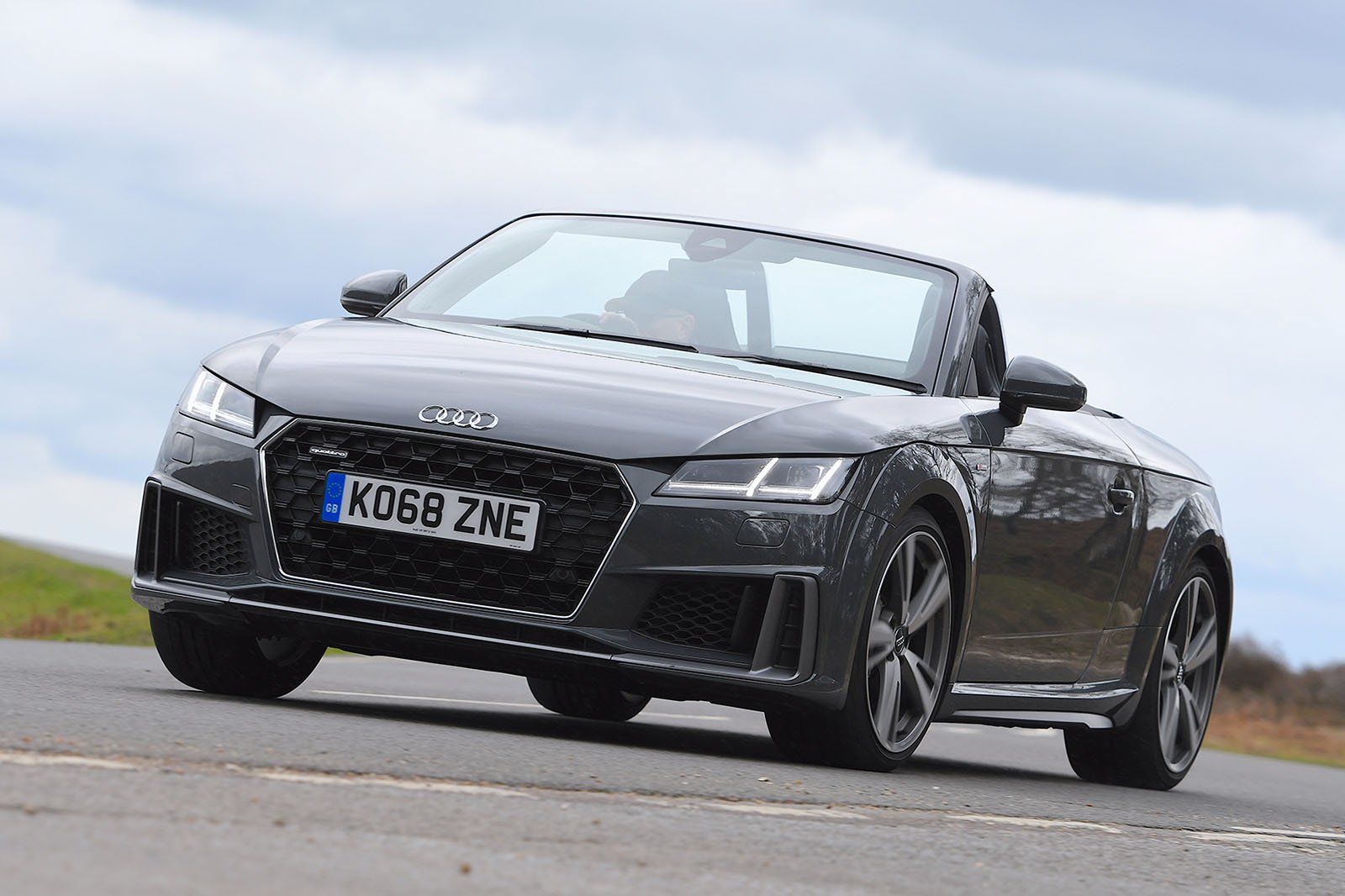 Both engines are four-cylinder units, so don’t expect them to sing enchantingly like a straight six or a V8. But while the TT sounds eager and spirited, the Z4 drones drearily. There’s nothing but a fag paper between their relative pace, though, whether measured off the line or kicking down for an overtake. Both will see off all but the quickest hot hatchbacks.

The TT feels livelier at times, mainly because its seven-speed dual-clutch ’box responds faster and pings quicker through its gears than the Z4’s slurring, sluggish eight-speed auto. Both gearboxes respond eagerly if you use the steering wheel-mounted paddles to shift manually, though.

The Audi handles, steers and stops better than the BMW, too. Take the brakes, for instance. While the TT’s are progressive, allowing you to stop smoothly, the Z4’s are grabby and lack initial bite, inspiring little confidence and making it all too easy to come to an abrupt halt in traffic. At least they stop you quickly, helped by our car’s £1950 M Sport Plus Package, which includes 19in wheels shod with wider, grippier tyres. 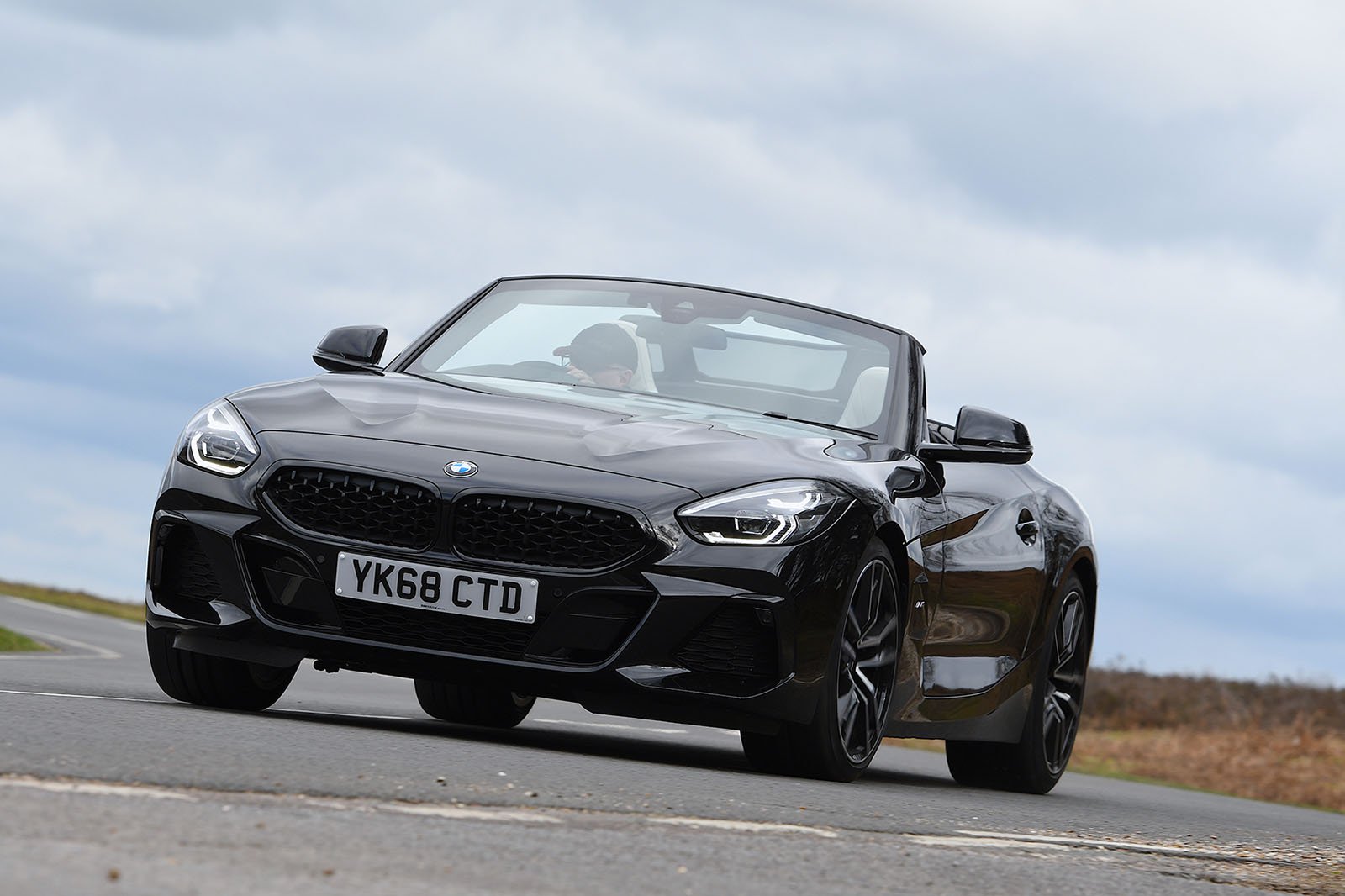 The TT is a doddle to place accurately on the road, thanks to steering that’s well judged for weight and speed of response, whereas the Z4’s gives you little sense of connection. Past a quarter of a turn of lock, there’s an absurd ramping up in the speed of the Z4’s steering, too.

Included in the Z4’s M Sport Plus Package is adaptive suspension, but this is a mixed blessing. The softer Comfort mode allows too much body bounce on undulating roads and more lean than the TT through corners, but switch to the stiffer Sport setting and it becomes too unforgiving for all but the smoothest surfaces. The TT – on standard suspension – is far better controlled over any bump, on any road, and feels altogether lighter and more agile. Its tyres always grip the road better under hard acceleration, too, although there is joy to be had from feeling the Z4’s rear end squirm under power out of corners.

Yes, the TT thuds more over sharp potholes and expansion joints, while the softer Z4 is more cosseting around town. Yet the Audi's ride is sophisticated enough that you’ll never think it harsh, and its  body also shakes and shudders less over bumps. With their electrically operated soft-tops in place, the Z4 suffers from appreciably less road and wind noise at motorway speeds. But with the roofs down – a process that takes 10 seconds in the TT and 12 in the Z4 – there’s less wind buffeting in the TT, especially if you deploy its optional (£450) electric wind deflector (£170 and manual on the Z4).