Ford has produced its hottest Fiesta yet, the fiery ST200, but will it get burnt by Mini's Cooper S?...

Both cars’ interiors are sprinkled with sporty touches. Each comes with sports seats, but the Ford Fiesta ST200's figure-hugging Recaros hold you in place far better when cornering hard. It’s just a shame that they’re mounted so high up because this makes it feel like you are perched on the car rather than sitting in it.

The Mini Cooper S's seats might not be quite as grippy, but they go lower, which makes you feel like you’re driving a sportier car. However, our shorter testers found that the driver’s seat doesn’t slide far forward enough; anyone less than 5ft 5in tall may have to stretch to fully depress the clutch pedal. The Mini’s pedals are also offset a little too far to the right. 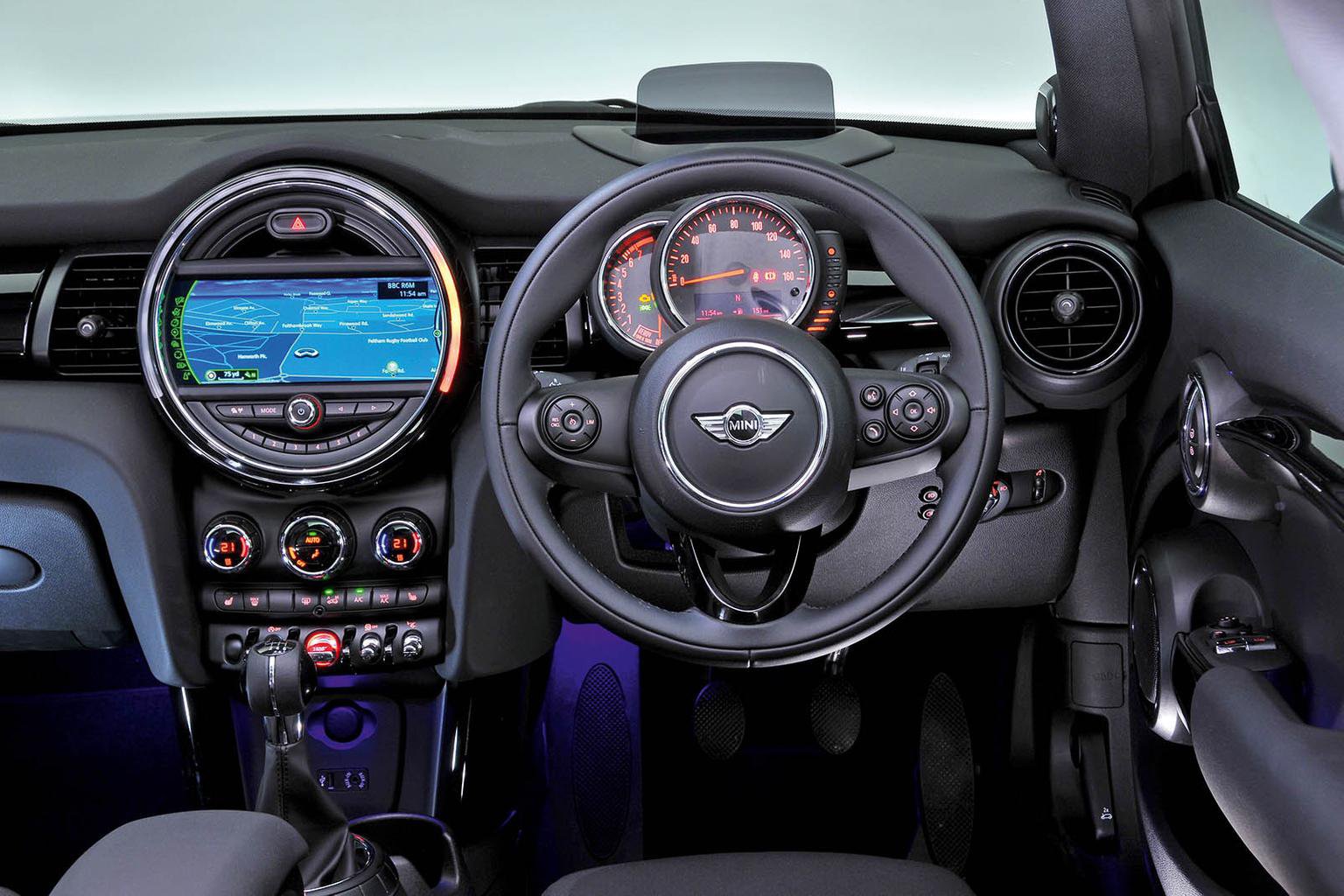 Overall, though, the Mini has a much more pleasant interior. There are far more soft-touch plastics than in the Fiesta, the switches and controls work with a satisfying precision and everything seems well screwed together. The Fiesta might have a squidgy dashboard, but most other surfaces are hard and scratchy, and the buttons and dials feel comparatively low-rent.

The Mini’s infotainment system scores a decisive victory, too. To match the price of the Fiesta, we opted for the Chili and Media XL packs, the latter bringing a version of BMW’s excellent iDrive system and sat-nav. The rotary controller works well with the intuitive menus and the graphics are pin-sharp, so it’s well worth the extra £1400 cost. 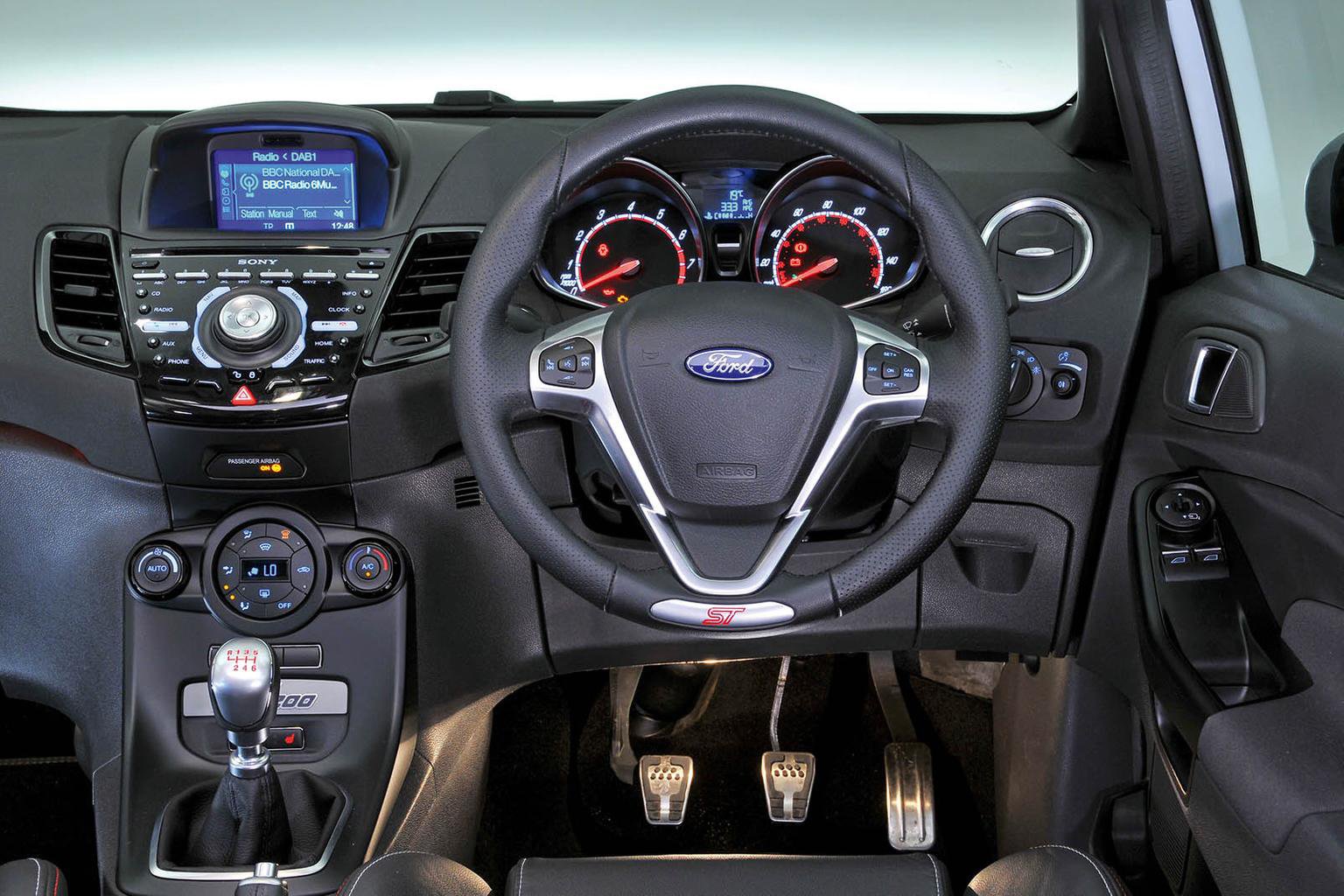 The Fiesta’s system has a far smaller screen that’s harder to see, and you control the system using a variety of oddly shaped buttons below it. Even changing the radio station is a seriously clunky process that requires plenty of attention, but at least you get a DAB radio, sat-nav and Bluetooth as standard.

Both of these hot hatches are based on regular three-door small cars, so rear seat space isn’t particularly generous. Rear head and leg room are similar in both, although the Fiesta’s rear seats are mounted higher, making it feel less claustrophobic. However, the Fiesta also has seating for five, rather than four, and a much bigger boot.