Tempted by the cute retro looks of the Honda E? That’s understandable. But does it have the substance to match one of our favourite small electric cars, the Peugeot e-208?...

The small electric car to beat, with a swish interior and a big range

*Not including £3000 government grant

It’s rare that a new five-door hatchback generates huge excitement from the general public, but from the moment the covers were pulled off the concept version of the Honda E at the 2017 Frankfurt motor show, every visitor to the stand wanted to know if the company was actually going to build it.

They didn’t have to wait long for an answer. Before the dust had even settled on the car’s unveiling, Honda confirmed that it would indeed be building a production version.

At that point, there was no word on price, driving range or interior space, but those retro looks (inspired by those of the first-generation Honda Civic) were enough to convince plenty of people that they needed one. Indeed, more than 9000 Brits put down deposits, and the car won the 2019 What Car? Reader Award for most exciting upcoming model by a landslide. And now it’s finally here. 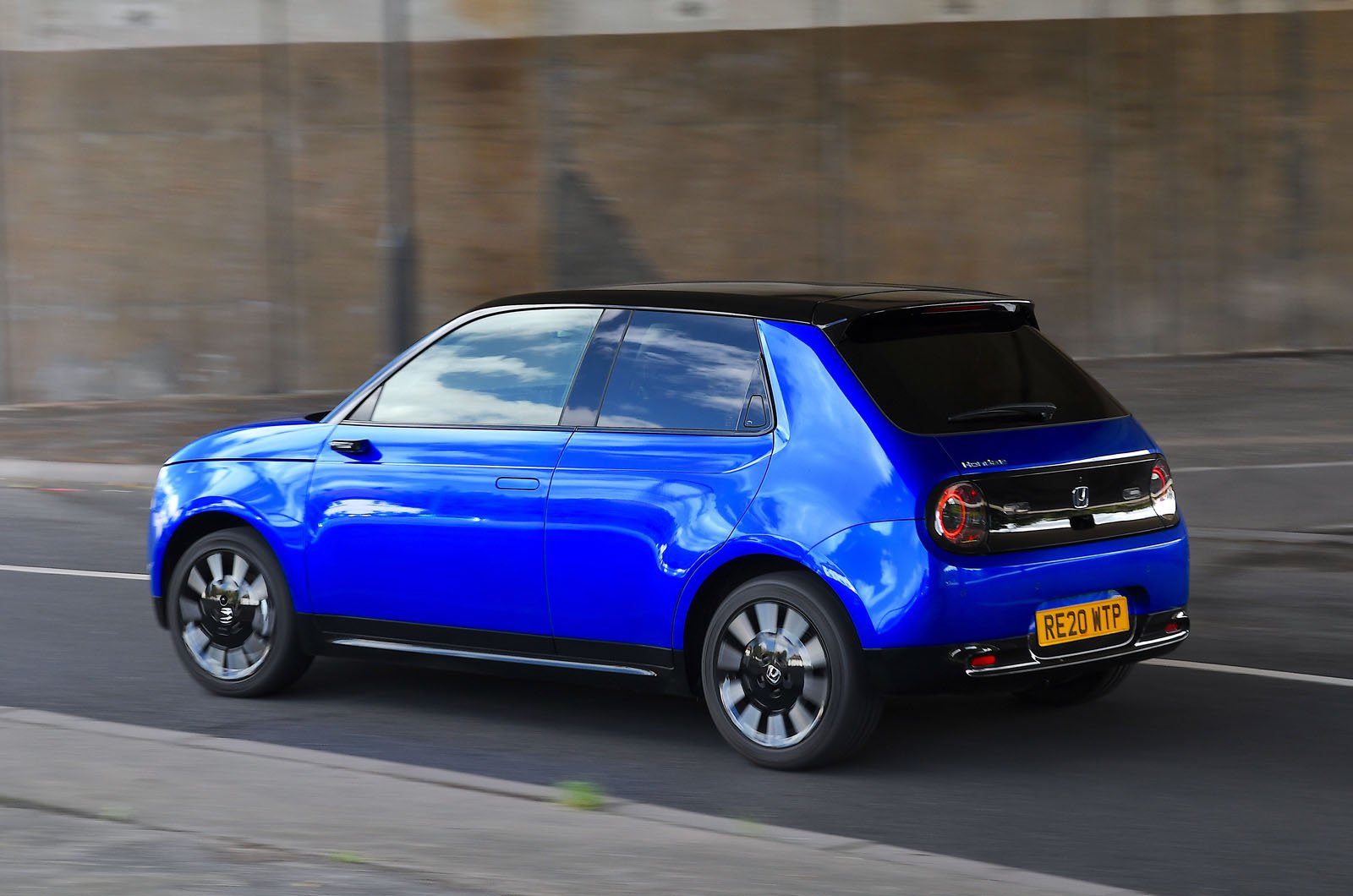 The Honda E is available with a choice of two power outputs from its rear-mounted electric motor: 134bhp in the standard version and 152bhp in the higher-spec Advance (the version we’re testing here). That’s a respectable amount of power for a small hatchback.

On the other hand, it has a relatively small (35.5kWh) battery, an official range of just 125 miles on a single charge and a relatively high list price of close to £30,000.

So, should we be a little disappointed by the end result? After all, you can get one our favourite small electric cars, the Peugeot e-208, in range-topping GT trim for virtually the same price. And while it produces less power (134bhp), the e-208 can officially travel around twice as far on a full charge (more on this later) and accept a faster rate of charge. A done deal, then? Or does the Honda E have something extra up its sleeve? Let’s find out. 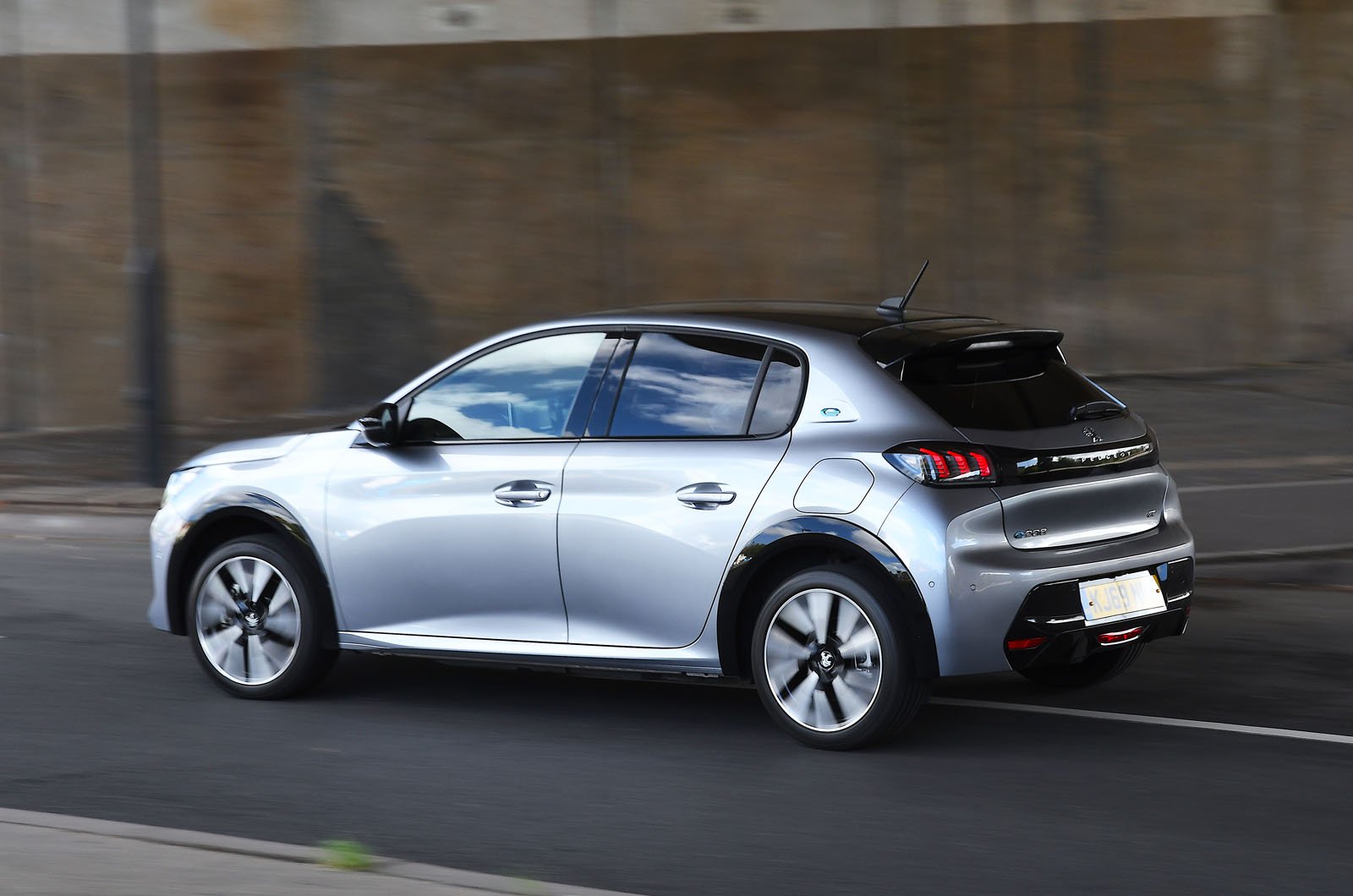 Unlike most rivals, including the e-208, the Honda E’s electric motor sits at the back of the car and drives the rear wheels. This not only helps to give it an impressive 50/50 weight distribution, which is beneficial for handling (we’ll come to this later), but it also means there’s plenty of traction when it comes to standing-start acceleration.

Push your right foot into the carpet and the Honda E will sprint from 0-60mph in just 7.2sec with not a hint of wheelspin, whereas the front-wheel-drive e-208, on its energy-saving tyres (the Honda gets sportier Michelin Pilot Sport 4s) has more difficulty transferring its power to the road and relies on its traction control system to prevent lots of wheelspin. That said, it still managed 0-60mph in a respectable 7.7sec.

At higher speeds, both cars have plenty of oomph, but the Honda E’s stronger pull between 50mph and 70mph makes A-road overtakes more of a breeze. 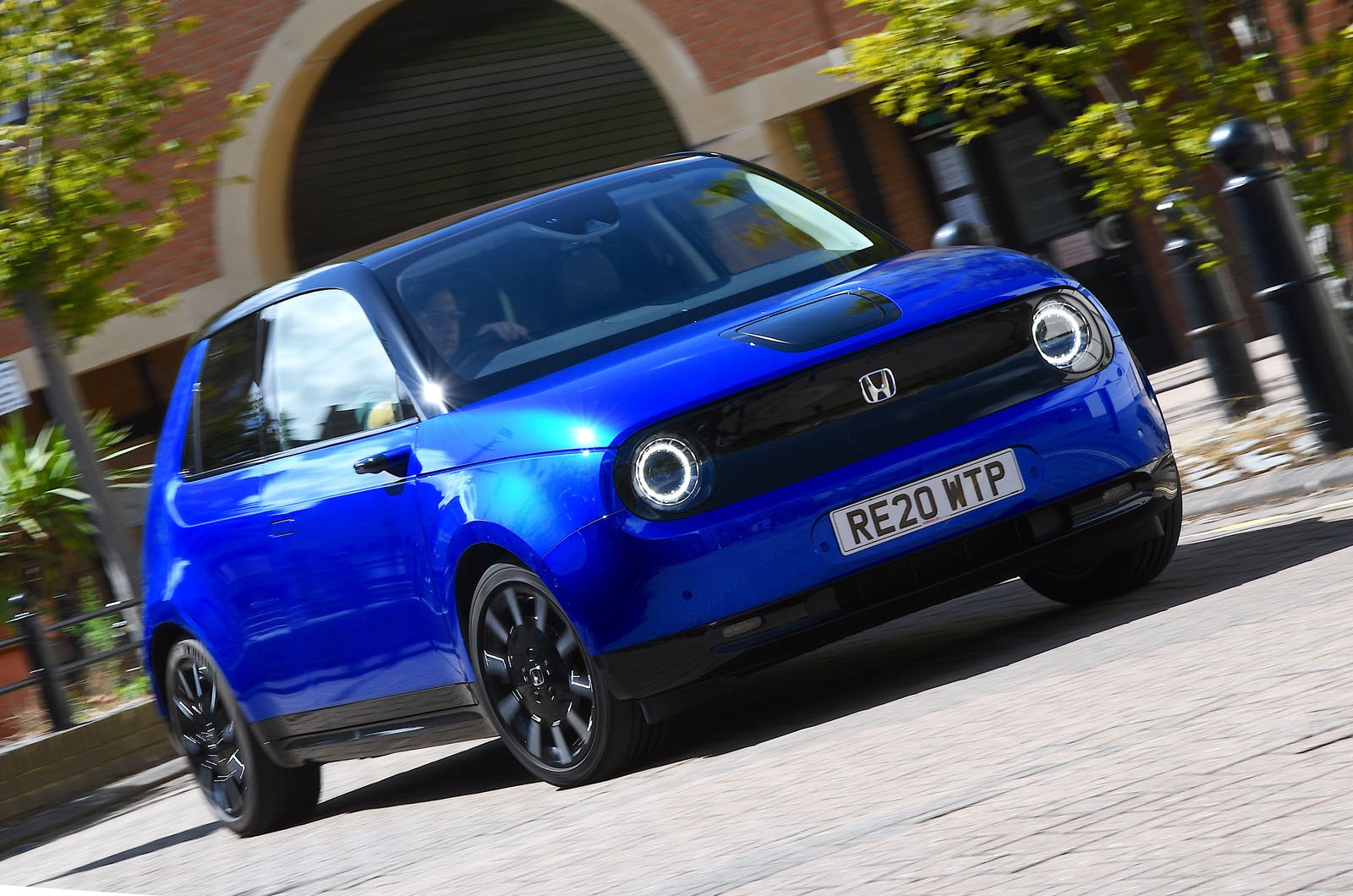 Although both of these cars are likely to spend much of their lives in towns or cities, it’s worth noting that, should you want to do longer distances, the Honda E is quite a bit quieter at a 70mph cruise. Not only does it generate less tyre noise, but the small cameras on the sides in place of conventional door mirrors mean there’s very little wind noise, too. That said, the e-208 is still far from loud.

The e-208 also benefits from tight body control and quick steering, so it feels agile and composed in corners. By contrast, the Honda E suffers from quite a bit of body lean and its steering is relatively slow, although it gives a good sense of connection to the front wheels and the sporty tyres give plenty of grip.

What the Honda E lacks in high-speed athleticism it makes up for in manoeuvrability around town. Having the motor at the back frees up space for the front wheels to turn farther than usual, allowing the car to turn on a sixpence; it requires less than nine metres of space to conduct a U-turn, as opposed to 10.4 metres in the e-208. This makes navigating tight city streets a joy. 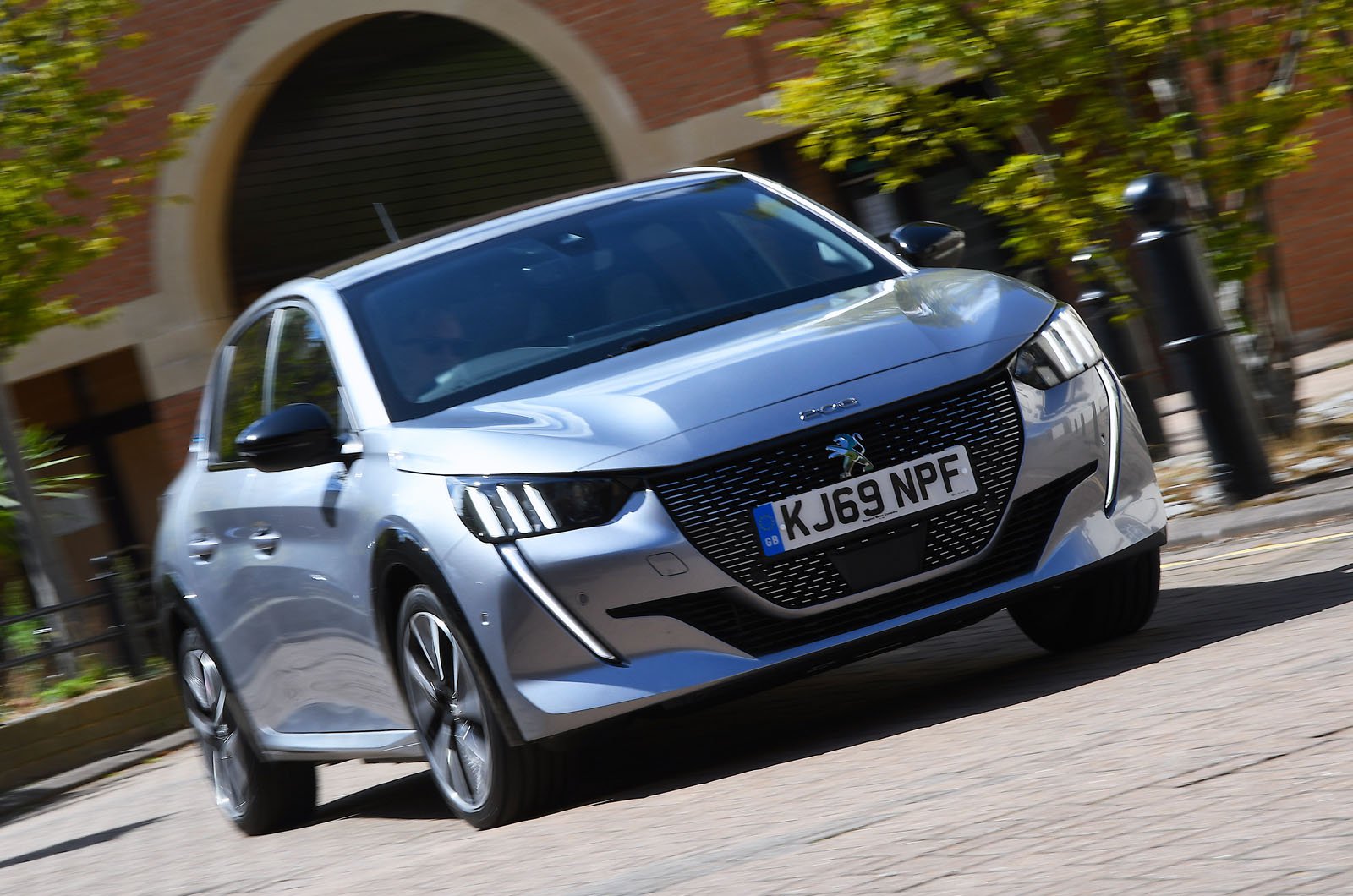 The softer Honda E also has a more comfortable ride over rough surfaces; the e-208 often jolts over sharp-edged potholes and sunken drain covers, at least on the 17in wheels of range-topping GT trim; it’s noticeably plusher in Allure trim with its smaller, 16in wheels.

What about range, though? Well, that’s where the e-208 has a big advantage. While we’ve yet to put either car through our scientific Real Range test (coronavirus restrictions have made that impossible), on a mixture of roads in relatively warm weather, we managed to cover around 165 miles in the e-208 and a less convenient 110 miles in the Honda E.

That sort of range would have been par for the course five or six years ago, but almost every current rival, including the Mini Electric – a car we criticised earlier this year for its meagre range – can travel farther on a full charge than the Honda. 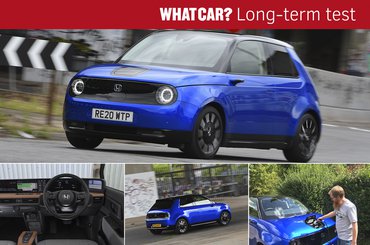 There's a lot to like about the Honda E, but can you live with the short range in the real world? We're running one to find out