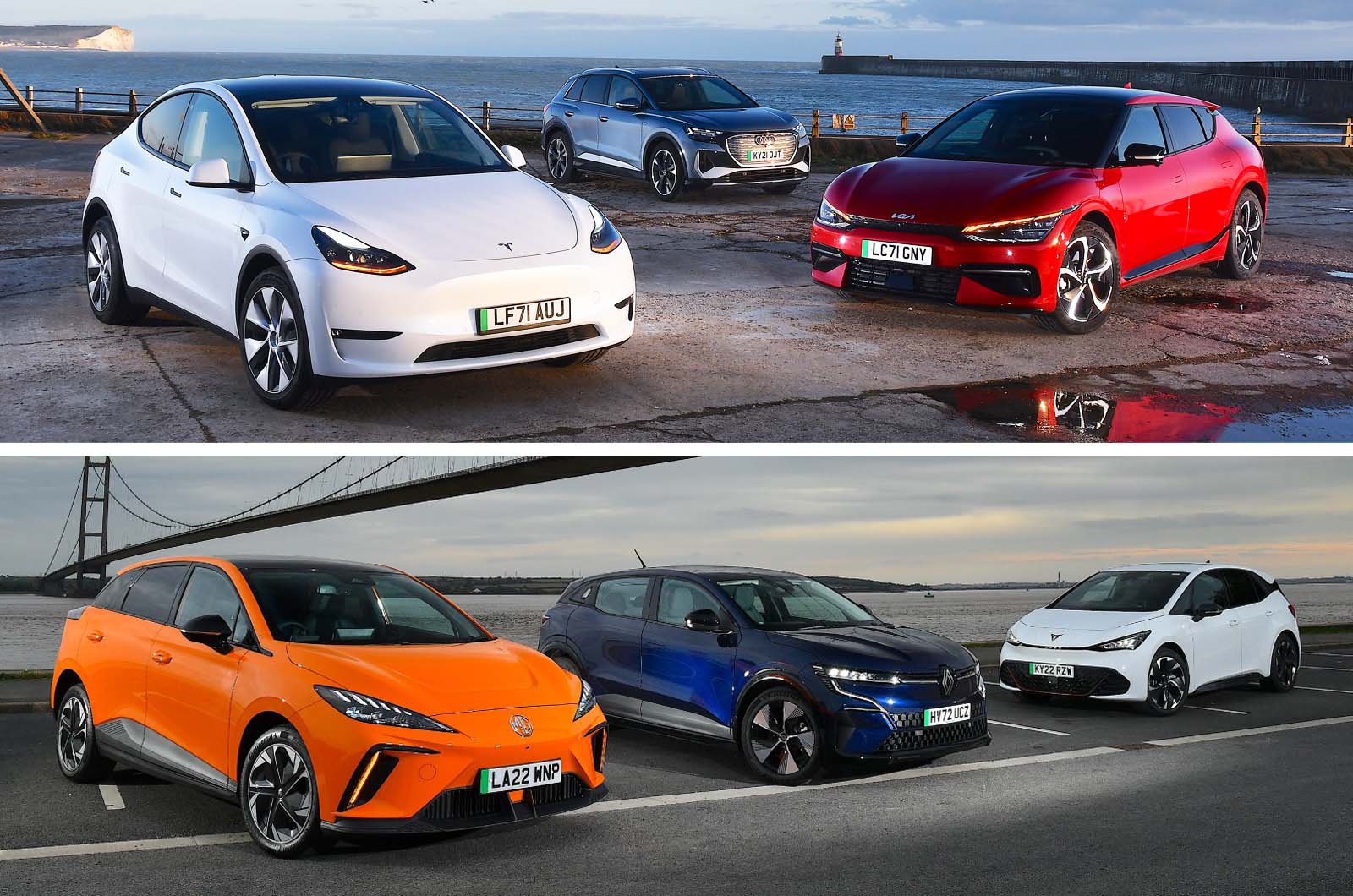 Electric cars have now entered the mainstream, accounting for around 15% of new car registrations last month. What's more, their rise is only going to accelerate as rules are introduced to limit the kind of vehicles allowed into major cities and we get closer to the 2030 ban on the sale of new petrol and diesel models.

So, which electric cars should you consider? Here, we count down our top 10 and reveal the ones to avoid. If any of the models on the list take your fancy, just click on the relevant link to find out more or see how much of a discount you could get by using our free New Car Buying service.

It may be a slightly softer version of the Porsche Taycan, but be in no doubt that the E-tron GT is an awesome-handling electric car. It’s also fast, comfortable and reasonably practical. The Tesla Model S is quicker and roomier for families, though, and we favour (by a whisker) the Taycan for its extra agility.

MG's latest electric car is staggering value for money – particularly in entry-level SE trim. It has a competitive range, can charge quickly, provides plenty of space and comes with lots of standard equipment. Some rivals are quieter, more polished to drive and have smarter interiors, but then they cost thousands more to buy.

The Born takes all the good bits from the Volkswagen ID 3 and adds a slightly more polished interior and an upgraded infotainment system. If you go for a mid-range V2 58kWh version it’s also very well priced against an ID.3, so the Born is certainly worth a place on your electric car shortlist.

BMW's i4 is fast, comfortable and extremely hushed at high speeds. Factor in a decent range, a great infotainment system and a plush interior and it's a compelling alternative to a Tesla Model 3. However, it’s worth bearing in mind that the Model 3 comes with a significantly better-charging network – important if you cover a lot of motorway miles.

Aside from some styling details and the fact the combustion engine has been replaced with an electric motor, the iX3 is essentially a BMW X3 – and that's a good thing. It means you're getting a practical and classy SUV with the best infotainment system around. And it means it steers and handles better than rivals, while also providing a comfortable ride. Zero emissions and a long range between charges are merely very welcome bonuses.

The Enyaq is practical, good to drive, smart inside and well equipped. Perhaps most impressive of all, though, is the value it offers – the ‘60’ version is priced in line with smaller alternatives, including the Kia Niro EV.

If you're looking for all the usual electric car benefits but want something that's also absolutely thrilling to drive, the Porsche Taycan is the car for you. It's wonderfully classy inside, too, and surprisingly practical – particularly if you go for the estate-like Cross Turismo version. So, while the Taycan certainly isn't cheap, it's worth every penny.

The Kia EV6 is an even better electric car than the closely related Hyundai Ioniq 5, because it's more enjoyable to drive and slightly classier inside. At the same time, like the Ioniq 5 it offers a long range and the ability to charge up very quickly. Just bear in mind that cheaper rear-wheel drive EV6s make more financial sense than the faster, four-wheel drive models.

Don't let the fact that you might not of heard of the Genesis brand put you off. It's part of the same group as Hyundai as Kia, with the GV60 a sister model to the EV6 and Ioniq 5. Amazingly, though, it manages to be classier than both inside, come with a more intuitive infotainment system and is actually cheaper in like for like form.

Few cars received as much hype before their launch as the Model 3, and even fewer can match what it offers in reality. Tesla's most affordable car is great to drive, packed full of tech, fast (ridiculously so in Performance guise) and surprisingly practical. Factor in a competitive price, especially given its sheer pace, and it’s not only the best all-round electric car on sale today, but one of the best choices full stop.

The E-Tense is quieter and more comfortable than conventionally powered DS 3 Crossbacks. However, similarly priced electric rivals can travel farther between charges, are better to drive and provide more space. Read our review

Like the E-Tense, the Mach-E has its strengths; in this case, lots of space and a generous standard spec. The trouble is plenty of rivals also offer these things, while avoiding the Mach-E’s abrupt ride and so-so build quality Read our review

How to maximise the range of an electric car