PCP or HP: which car finance option makes most sense?

The option to spread the cost of buying a car holds huge appeal for most motorists. We take a look at the pros and cons of the two most popular finance methods...

Three letters have come to dominate the car finance market in recent years: PCP. It stands for personal contract purchase, and it’s by far the most popular way to finance a new car. More than three-quarters of all new car finance agreements are PCPs.

It’s far from the only type of car loan, though. Good old-fashioned hire purchase, or HP, is still alive and kicking and still holds appeal for some car buyers.

So, how do you choose whether a PCP or HP agreement is the right way to finance your next new car?

What is a PCP?

Let’s start with the basics. A PCP is technically a form of hire purchase, but a substantial portion of the amount borrowed is left at the end of the loan.

So whereas conventional hire purchase divides the total amount borrowed into equal monthly payments, typically over three or four years, personal contract purchase involves a series of smaller monthly payments, with a larger payment at the end of the agreement. This end payment is sometimes referred to as a balloon payment, or the minimum guaranteed future value (MGFV).

On the face of it, leaving a big lump sum until the end of the agreement seems like putting off the painful moment when you have to find several thousand pounds. But the point is you don’t have to; paying the MGFV is one of three options open to PCP customers at the end of the loan.

If you don’t want to pay, just hand the car back and call it quits. Or, if the car is worth more than the MGFV (which is often the case), you can use the difference between the final payment and the car's true market value as a deposit for another new car.

Why should I choose PCP?

PCP’s most obvious attraction is the size of the monthly payment. "Under a PCP you are financing a car’s depreciation rather than the whole price, so that reduces the monthly cost," says a spokesperson for the FLA.

It’s not just that it’s cheaper, though. “PCP goes with the grain of changes in modern society. A few years ago we owned our mobile phones. Now most people pay a monthly rental. With cars, the mental switch from needing to own something immediately to paying for it in monthly instalments may be a few years behind, but it’s fundamentally the same thing,” he adds. 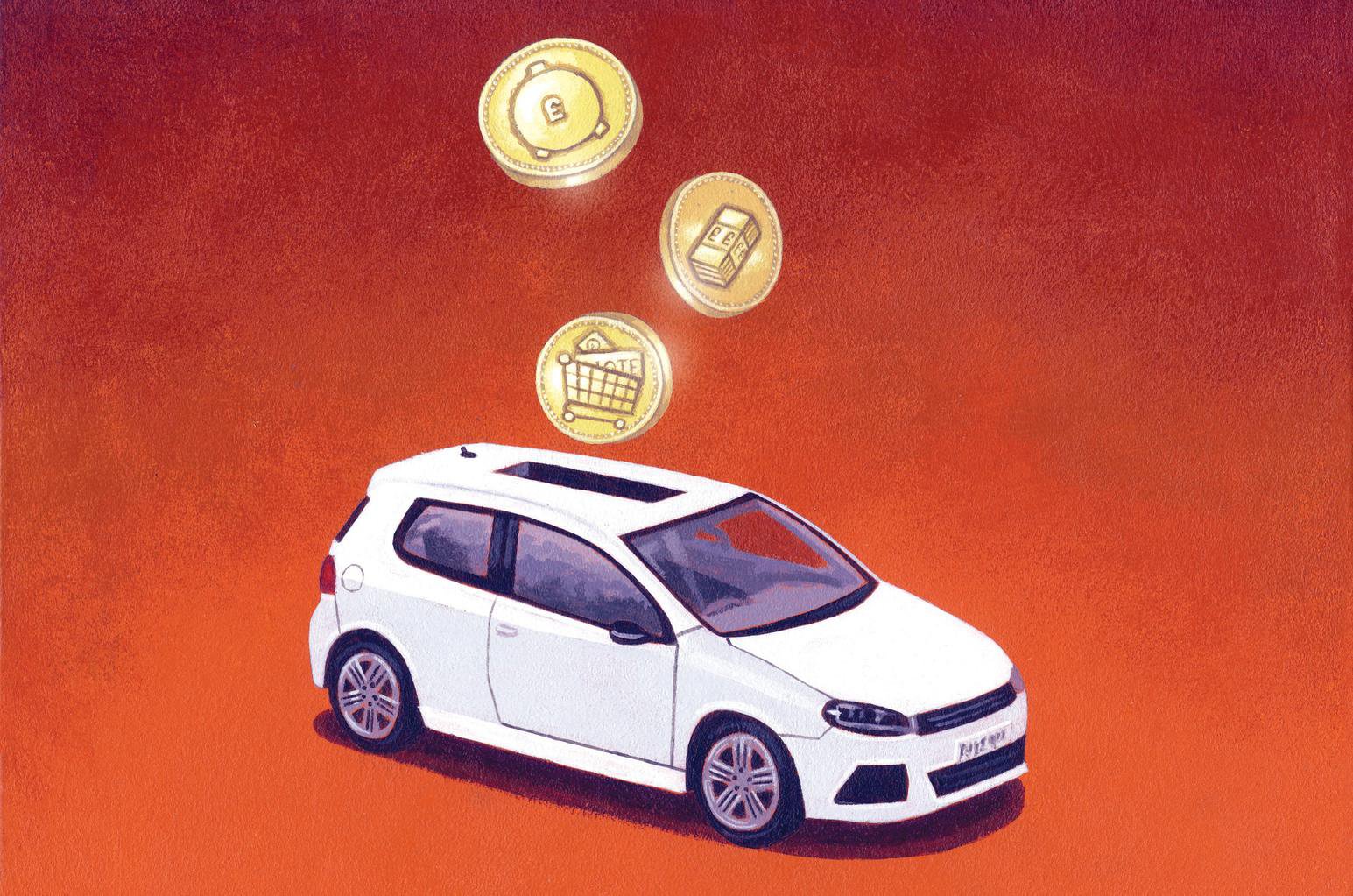 Flexibility is another key advantage of PCPs, both compared with HP and forms of leasing, such as personal contract hire. “A PCP keeps consumers’ options open. When people buy the car, they don’t necessarily know if they will make the balloon payment to own the car outright, trade in the car for a new one, or just hand the keys back with nothing else to pay, but they know they will have those three choices,” he concludes.

Should I still consider HP?

As the take up of PCPs has increased, so the popularity of HP has waned. It’s not entirely dead and buried, though. HP can work out cheaper than a PCP over the lifetime of a loan because with HP you’re paying off the amount borrowed more quickly. With a PCP, if you decide to buy at the end of the agreement, you have to settle the big balloon payment.

HP isn’t saddled with one of the drawbacks of a PCP: mileage limits. A PCP agreement is drawn up on the assumption you will cover a certain number of miles each year and no more. That’s important because the number of miles you are likely to have covered by the end of the agreement is used to calculate the MGFV.

The farther you drive, the less the car will be worth, so it’s important that the finance company has some sense of how far you drive each year in order to set the MGFV fairly and accurately.

With HP, the finance company doesn’t give two hoots how far you drive. That’s because there’s no MGFV to be calculated, so the speed at which the car loses value makes no difference to the terms of the loan. You finance the cost of the car, less whatever deposit you have put down. It’s that simple.

Go over the mileage limits set out in a PCP agreement and there will be penalty charges to pay. If you’re only talking about a few miles you won’t be seriously out of pocket. However if, say, you change jobs during the finance period and face a much longer commute, then you could be hit hard.

If you do find you are covering a lot more miles than planned, don’t wait to be clobbered with a big bill at the end of the agreement. Instead, talk to the loan provider about your change in circumstances so the terms of the agreement can be revised.

Choose a PCP if…

Choose an HP deal if…

Next: Is leasing a better option? >>

How Ford's vans won five What Car? Van Awards: our editor's give their verdict