Can the high-tech, hybrid Honda NSX get ahead of Audi’s R8 in the supercar race?... 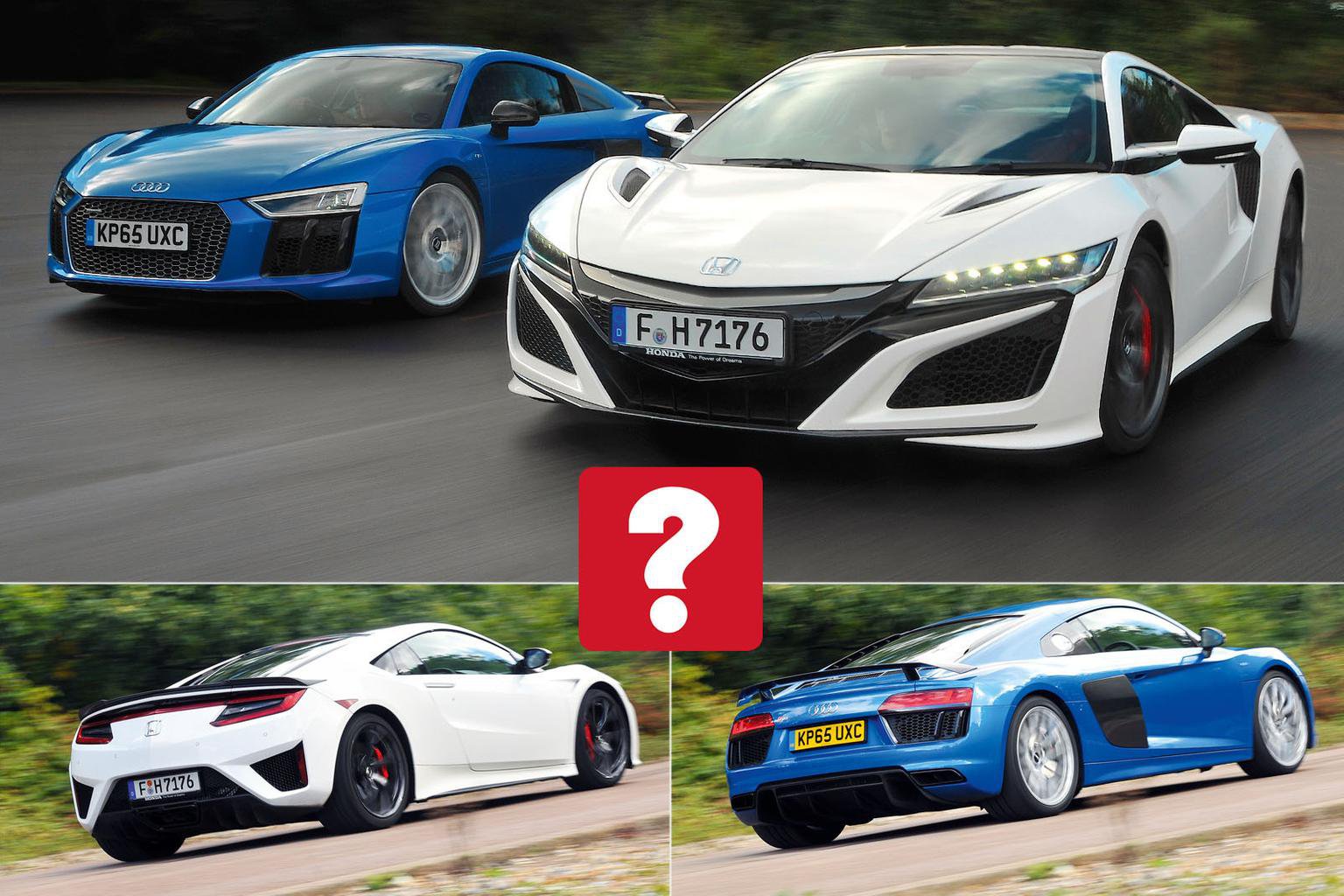 The R8 Plus has the traditional supercar format of a huge engine and lots of cylinders.

Supercars should have a whiff of futurism about them. After all, they’re an expression of what car companies can achieve when they reach for the moon.

The new, super high-tech Honda NSX would appear to be a perfect example of this. A 3.5-litre V6 engine sits in the middle of the car, boosted by two turbochargers and an electric motor. This collective force is sent to the rear wheels, yet the NSX is four-wheel-drive by virtue of two more electric motors, one driving each front wheel. This all adds up to a mighty 573bhp.

All very impressive, until you consider that Audi's R8 Plus pumps out 602bhp from its old-school 5.2-litre V10. No electric motors, turbochargers or fancy computer, just the hammer blow of a huge engine with lots of cylinders. Thismeans the R8 is a lot less efficient on paper, but which is the more thrilling: the old way, or the new?

Each has various driving modes to choose from: tamer, quieter and more civilised at one end, frenzied, louder and full-on at the other. Crank-up their dials to the latter and both are eye-poppingly fast. On a private test circuit we could safely activate these cars’ launch control systems, pull the pins, and unleash their true potential. Bang: the R8 takes first blood. It smashes the 0-62mph sprint in just 2.9sec, nearly half a second up on the NSX.

Next is 0-100mph – not a test you’d attempt on a public road, but one that really underlines the ferocity of supercars. It’s dispatched in 7.6sec by the NSX, but just 6.6sec by the R8. Just count that out in your head; it’s truly astonishing. It’s also staggering how easily both cars launch you off the line, fulfilling their enormous potential with minimal tyre scrabble or fuss. 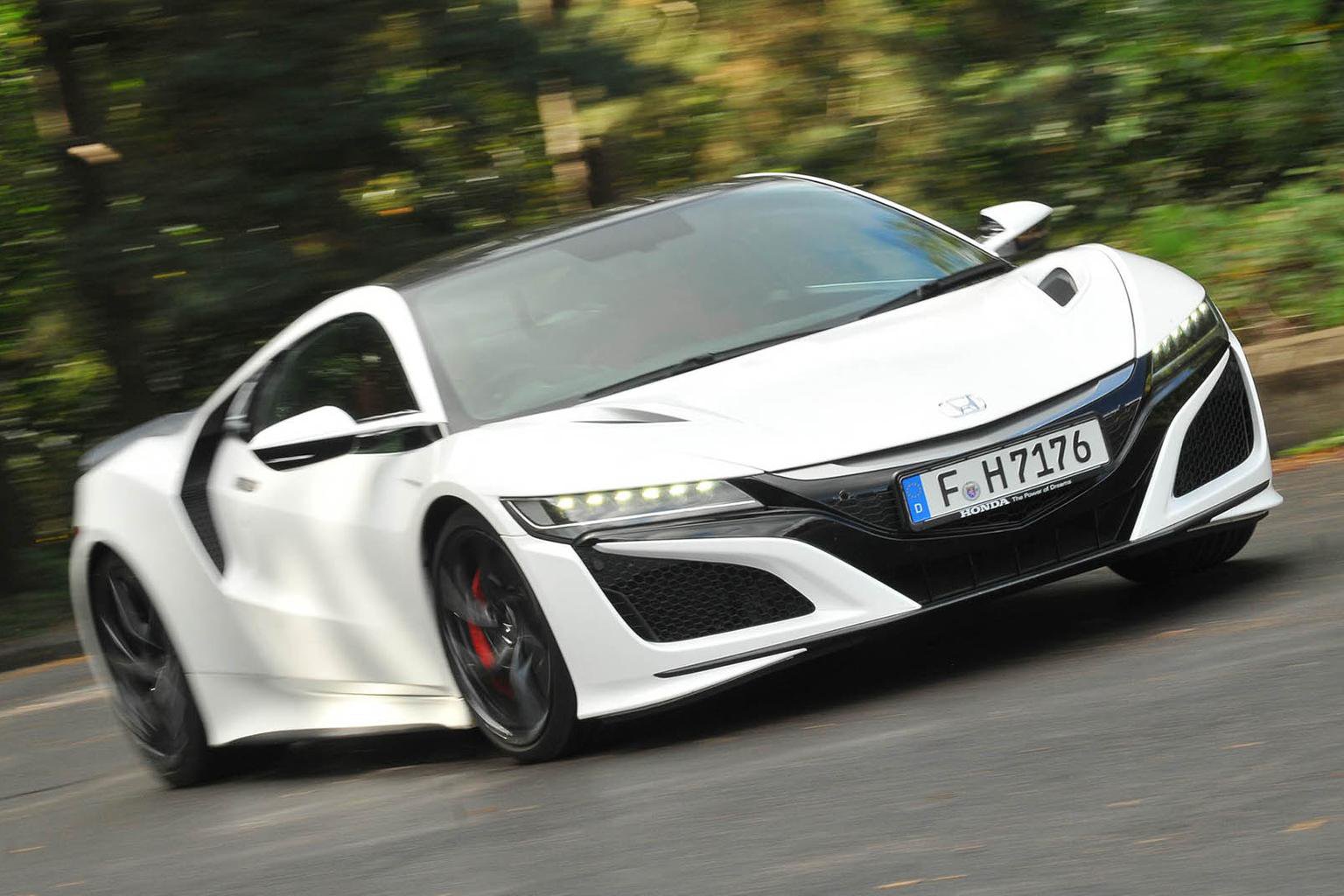 It doesn’t all go the R8’s way, though. The NSX’s electric motors provide instant keenness from low revs, and the turbos follow up with a swell of force in the mid-range that the R8 can’t match; you need to rev the R8’s engine harder to access its huge performance potential.

If performance portrays a supercar’s muscle, its engine note is a window into its soul. With the optional sports exhaust fitted, the R8 doesn’t simply make noise, it builds walls of joyful bedlam around you, which sprout millions of tinyfingers to tickle your senses. In short, the R8’s V10 makes one of the best noises of any new car on sale today.

The NSX is raspier and sweet-sounding, yet its quieter, more digitised wail doesn’t envelop you half as much. However, along with its ability to pull away silently on electric power alone, you could argue this makes it more relaxing, and over a range of speeds it consistently has the quieter interior. 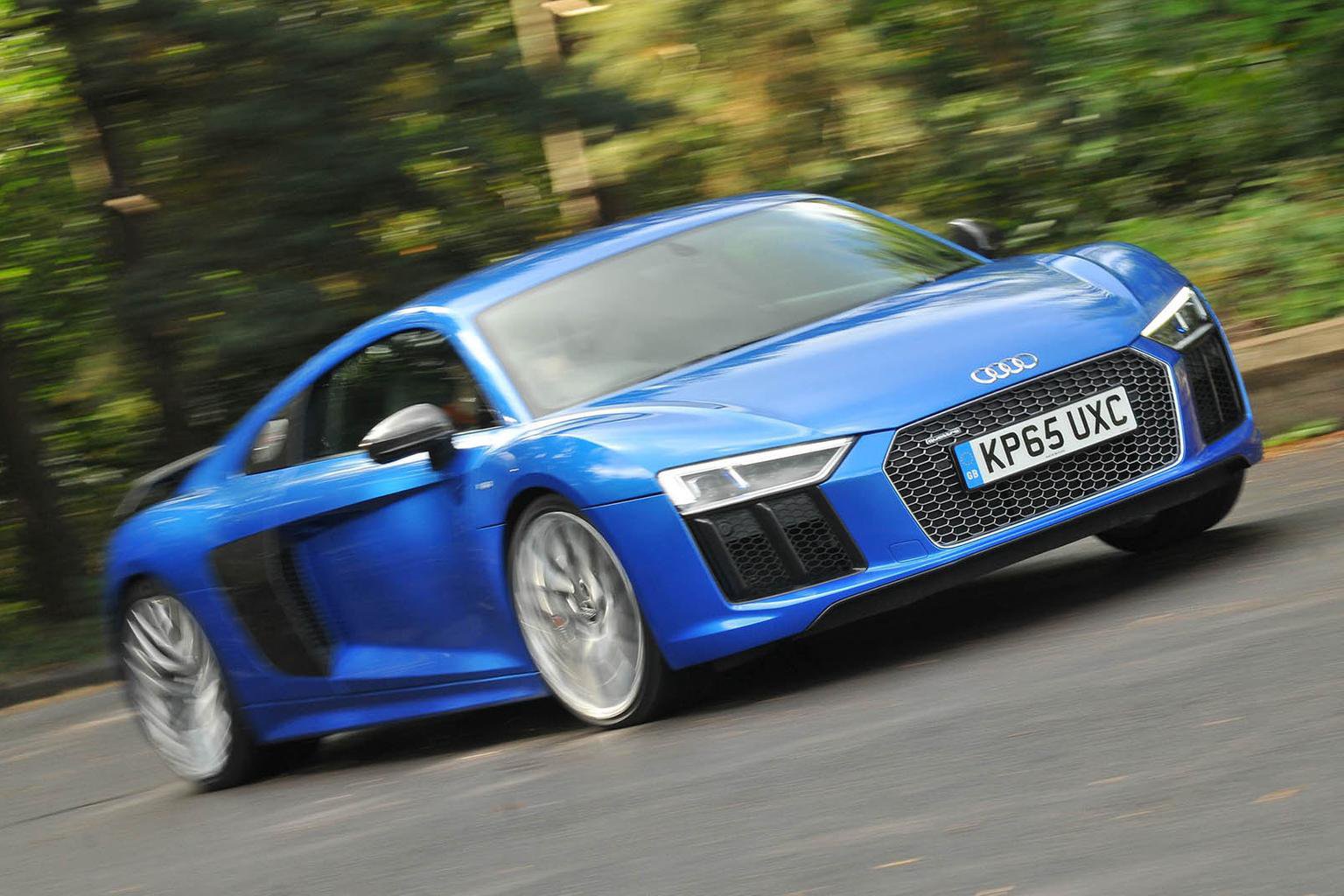 Both cars have dual-clutch automatic gearboxes that can be operated manually by pulling paddles behind the steering wheel. The R8 has seven gears to the NSX’s nine, making the latter a quieter motorway cruiser. While bothprovide snappy, smooth upshifts, the R8 has the more electric response flicking down the gears.

Both cars are surprisingly easy to live with. They ride extremely well, smoothing over most scrappy surfaces. They even manage sleeping policemen without graunching their noses, providing you slow down enough. Yet with their adaptive dampers – standard on the NSX, but a £1600 option on the R8 – set to soft the latter car is always that bit more cosseting.

The extra electrical gubbins makes the NSX around a quarter of a tonne heavier than the R8, which you really notice in the corners. Both can carry tremendous speed in to turns, but with less mass the R8 turns in quicker, and from thenon its extra grip means it holds its line more resolutely. Its steering also sends more information to your fingertips than the NSX’s, although the NSX counters with slightly lighter, more naturally weighted steering at lower speeds.

The R8 is happy to tighten its line on the way into a corner if you back off the accelerator, but the NSX feels more like a rear-wheel-drive car, so you can use the throttle to point its nose where you want it to go. In high-speed corners the NSX feels marginally more stable, too. The R8 is faster around a track, but keep all their electronic systems switched on, and both are undemanding but still huge fun to drive on the road.