Although it’s unlikely to be a priority for anyone mulling over these swoopy-roofed executive cars, the fact that the A5 caters best for rear passengers is definitely a bonus. True, head room is still marginal for six-footers (as it is in the other two), but it has the most knee, shoulder and foot space, plus it’s the easiest to get into. 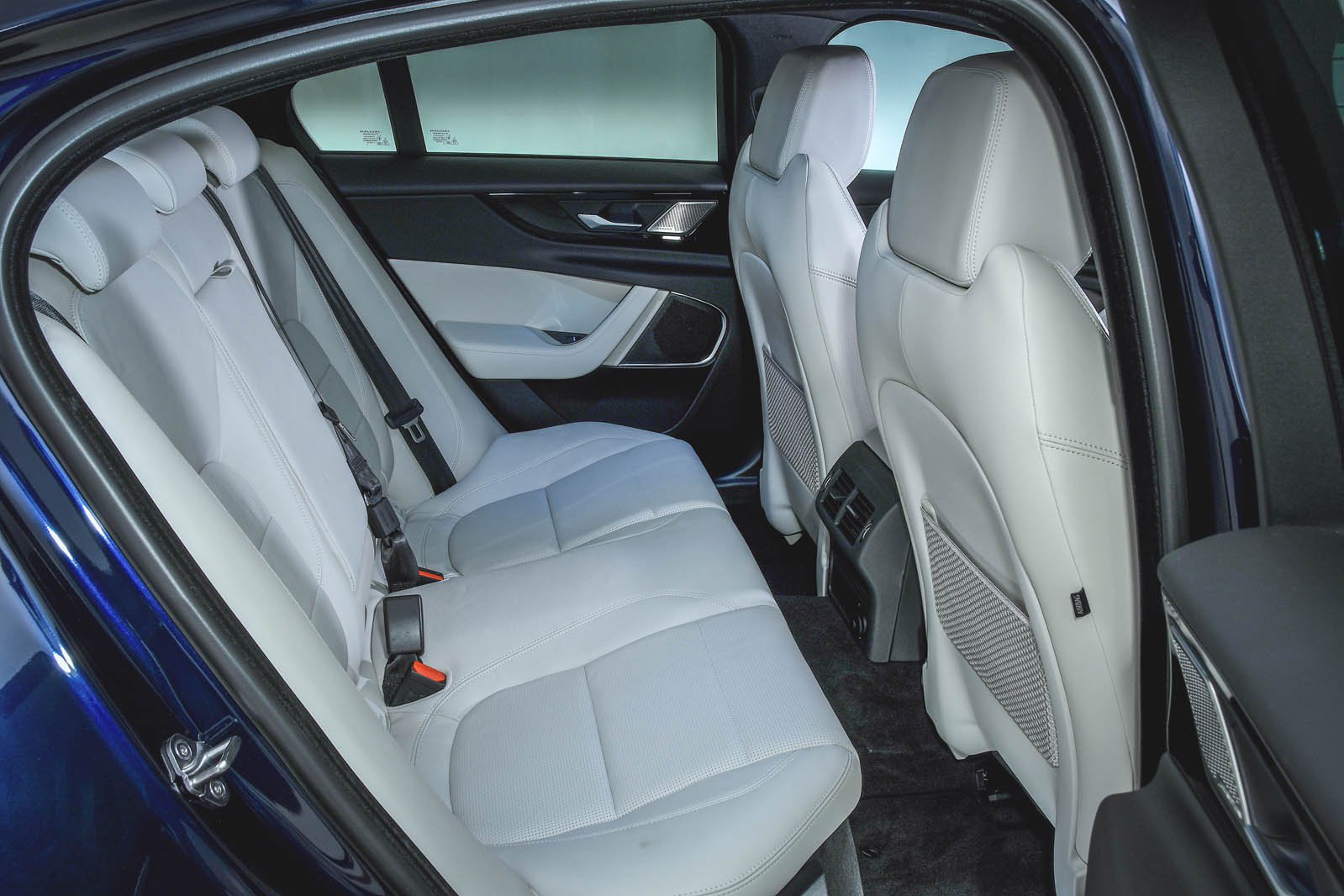 The XE and CLA are harder to split. The latter is the trickiest to clamber into and has the least leg room, but then the CLA has the biggest boot; it managed to swallow an impressive eight carry-on suitcases in our tests, compared with the seven we fitted below the A5’s parcel shelf. Mind you, the fact that the A5 is a hatchback, rather than a saloon, is a big advantage when it comes to loading and unloading. It’s also the only car with a powered tailgate. 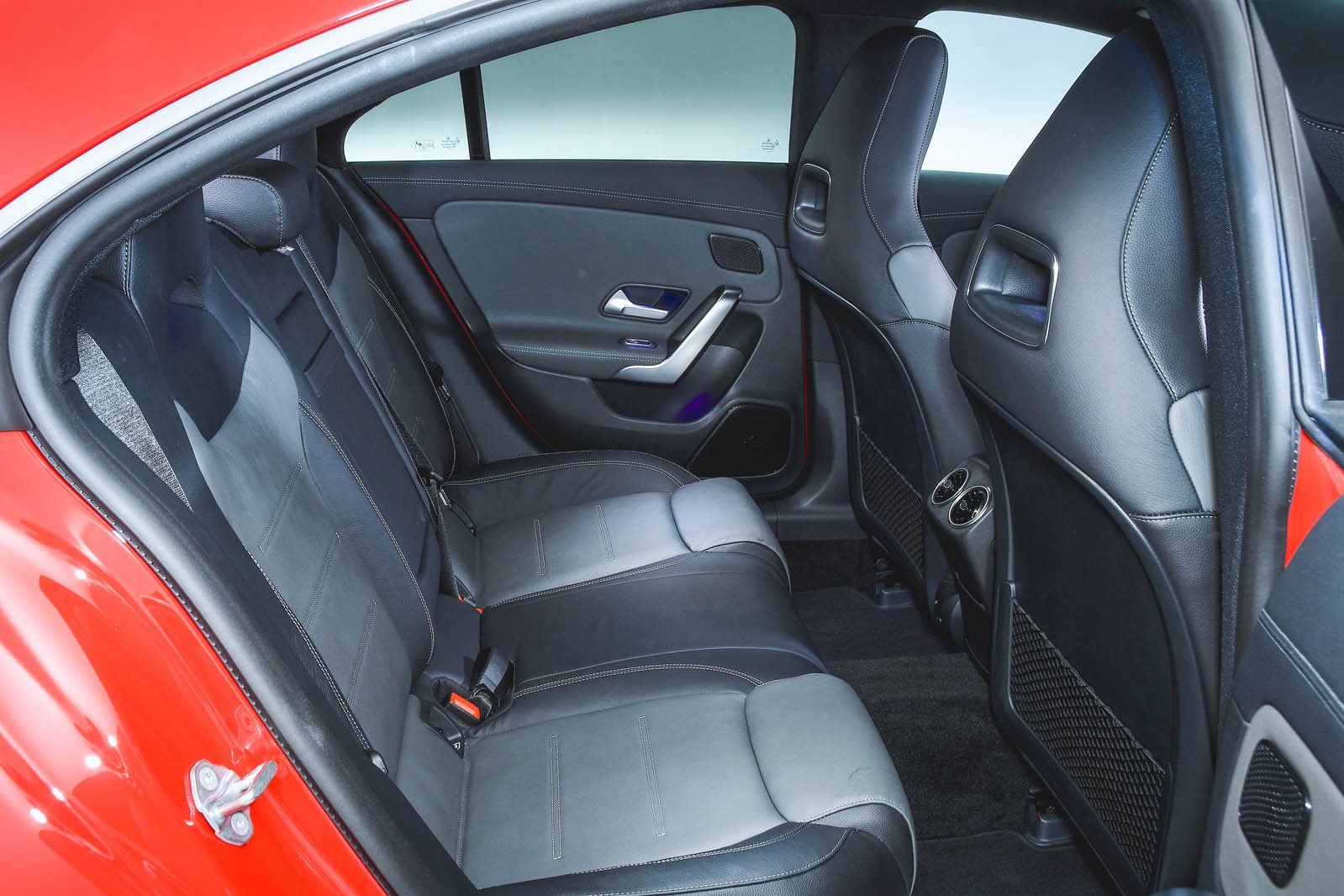 The XE, meanwhile, took just five suitcases, and it’s the only one without standard split-folding rear seats (Jaguar charges £440). 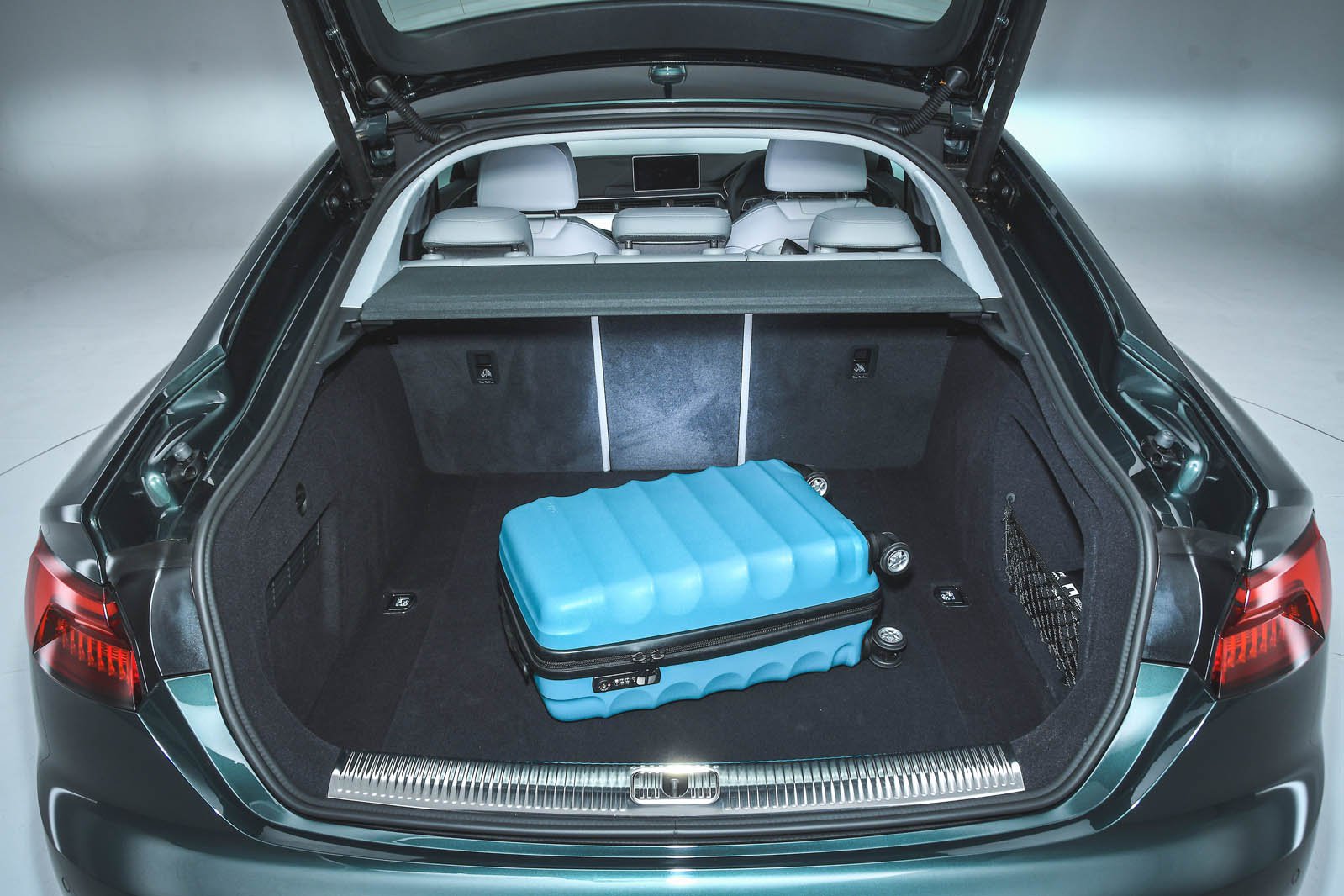 Seven carry-on suitcases is a healthy tally, and while the CLA beat that, the wide-opening tailgate, which makes it easier to get bulky items inside, evens up the score. 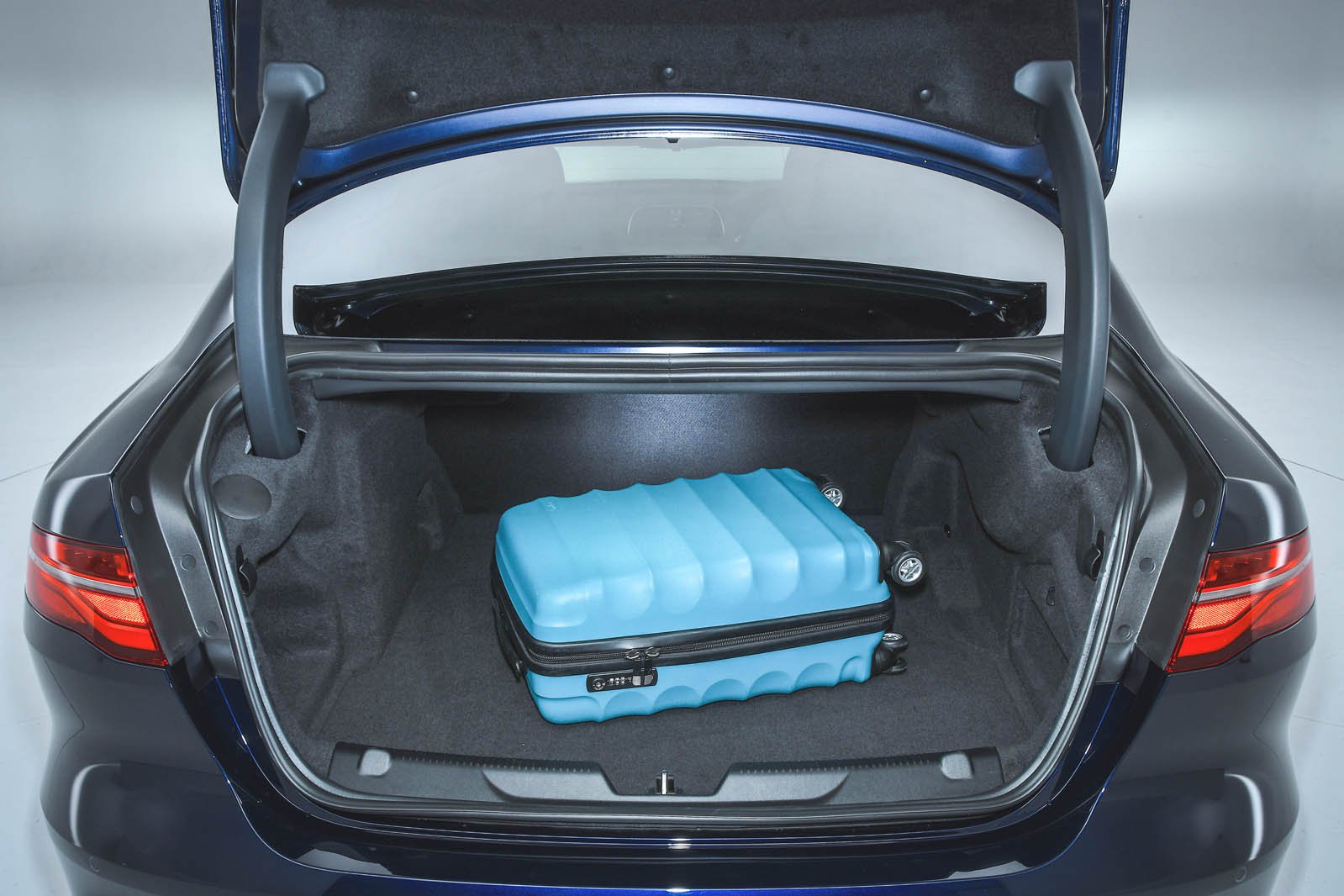 XE’s boot is the smallest and its irregular shape makes fitting larger items more of a challenge. It’s also the only one in which you pay extra (£440) for split-folding rear seats. 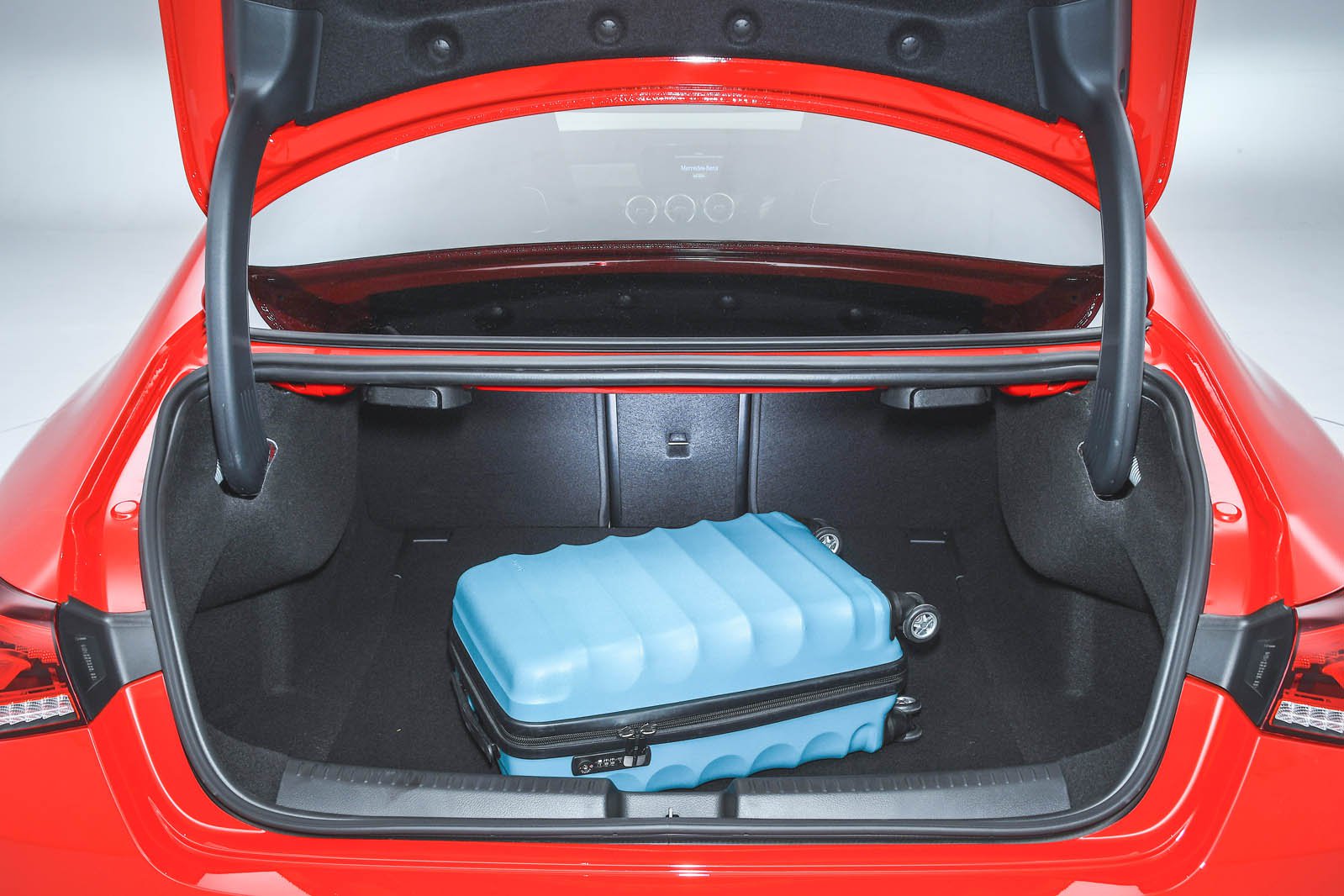 Impressive space inside and, as with the A5, you get 40/20/40 folding seats as standard. The CLA also has handles in the boot to release the rear seatbacks conveniently. 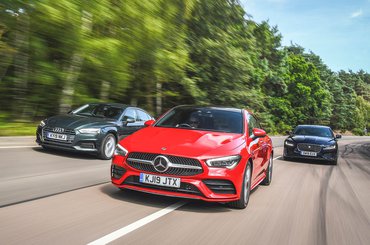 Applying coupé styling cues to other types of car is very trendy these days, as shown by the Audi A5 Sportback, Jaguar XE and new Mercedes-Benz CLA. But do these executives have the trousers to back up their talk?