The new Stinger GT S is the quickest and most striking Kia yet, but can it match the daddy of fast, four-door coupés, the Audi S5 Sportback?... 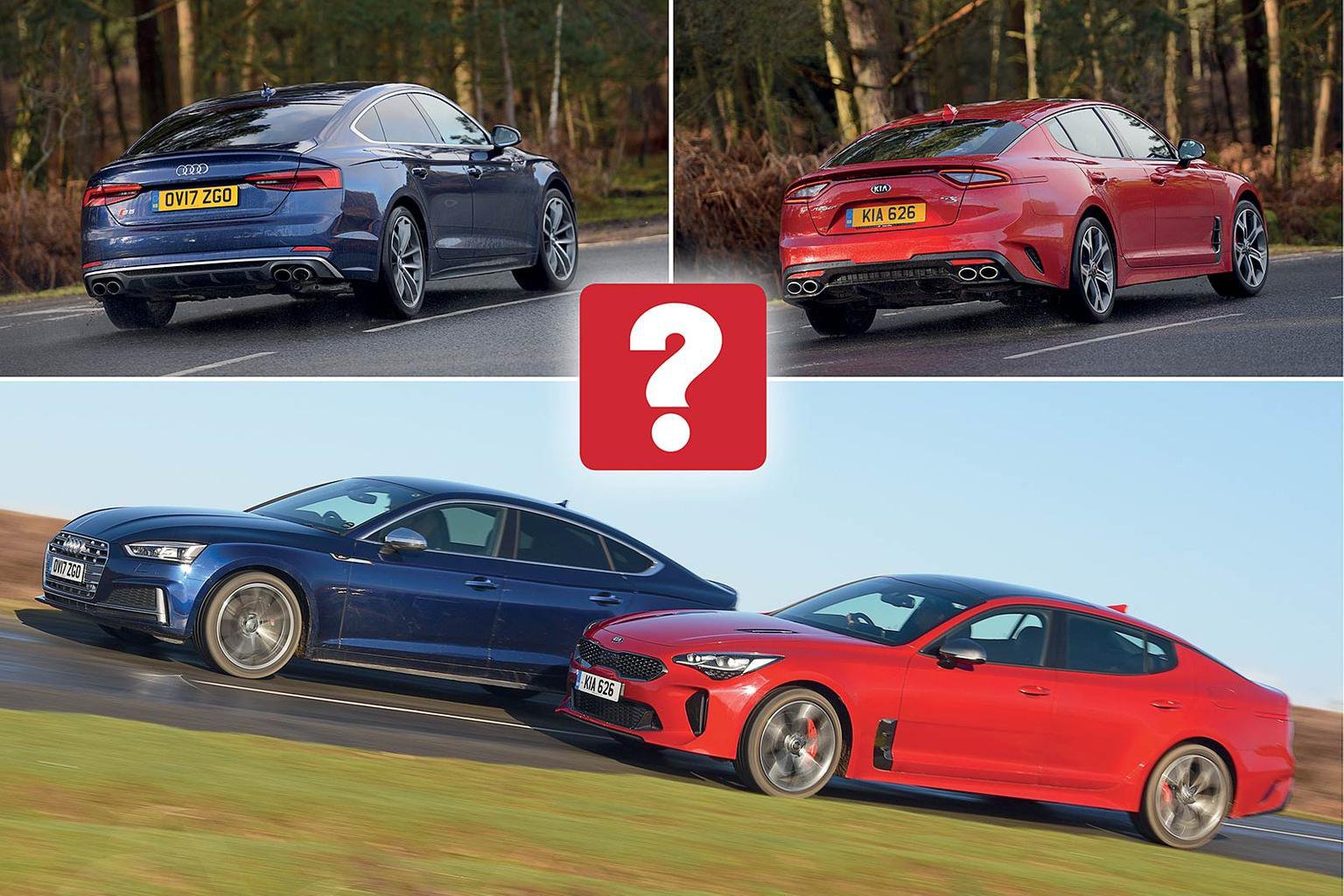 The S5 Sportback delivers pace, space and style in bundles.

Your eyes aren’t deceiving you; this is a racy-looking, 365bhp, rear-wheel-drive Kia.

The ability to effect change is a blessing, but it can be tricky to do – especially when it comes to rebooting an image. It’s doable though, as Apple has proved; since languishing for decades in the fiscal shadow of Microsoft – and nearly going under in 1997 – it has done rather well. Rebranding itself as a visionary tech company offering ‘must-have’ lifestyle accessories, it launched a phone and is now worth a trillion dollars.

Which brings us to the Stinger – probably best thought of as Kia’s iPhone. This top-spec GT S version is a £40,000, rear-wheel-drive, fastback executive model and clear intention that the Korean brand is looking to mix it with the big boys: Audi, BMW and Mercedes-Benz.

But has it come off? To find out, we’re giving the Stinger no quarter. This is a straight head to head with the doyen of stylish, fast, executive transport: the Audi S5 Sportback. If the Stinger can hold its own against the S5, then what might have seemed a dream for Kia may become reality. 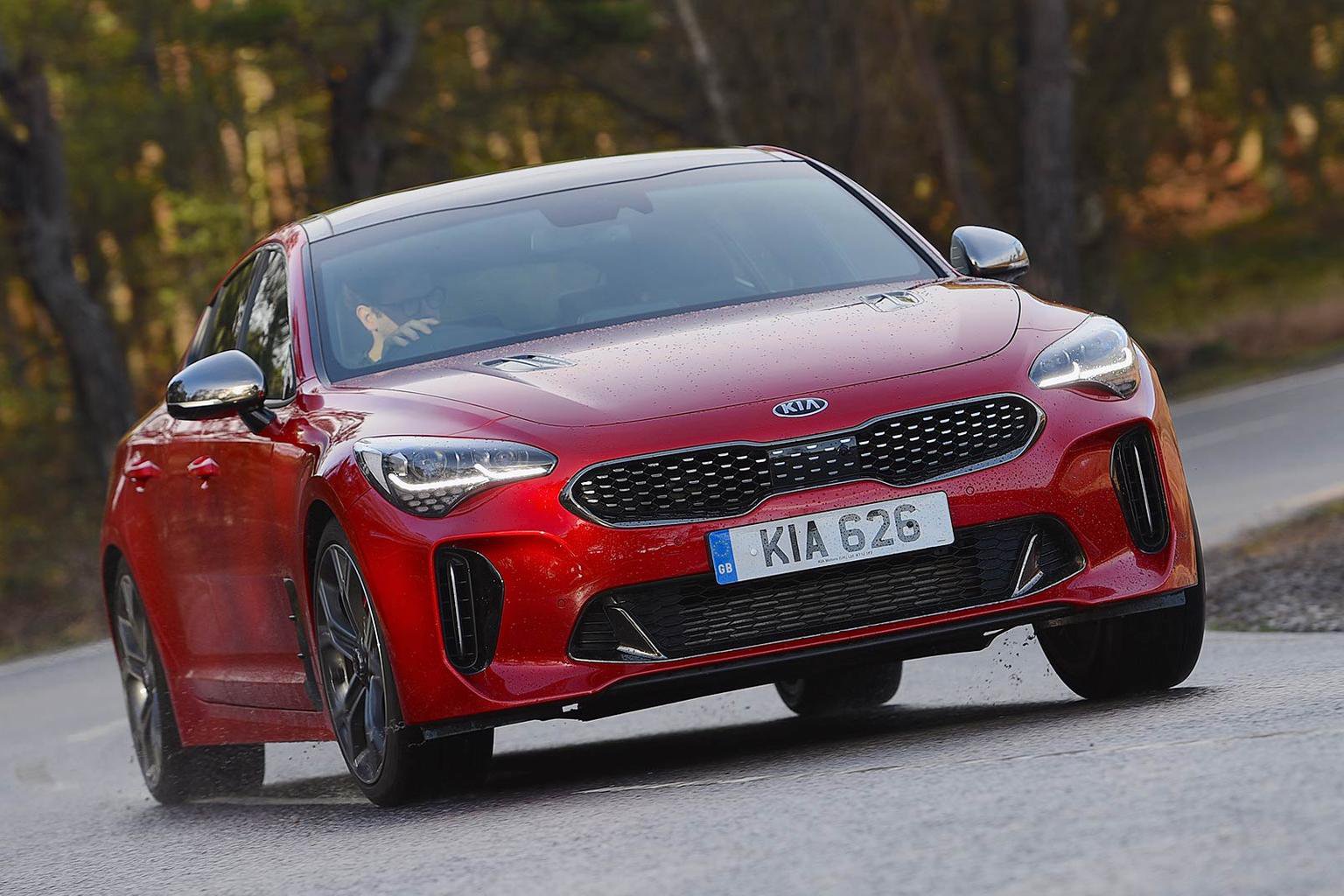 In terms of firepower, it’s pretty even: both cars have turbocharged V6 petrol engines, and while the Stinger’s is slightly bigger and more powerful, the S5 counters that by weighing a bit less. Both cars send their power through eight-speed automatic gearboxes, although in the S5 it’s then fed to all four corners, whereas in the Stinger it goes to the rear wheels only.

This makes a difference to how they get away from standstill. Select Dynamic mode in the S5 to, among other things, sharpen its accelerator response and it catapults to 60mph in just 4.4sec.

Even after deploying its standard launch control system, having two fewer wheels to lay down the power means the Stinger is slower away from the line. But not by much: on a dry road, it still launches without drama and pings itself to 60mph in 4.8sec. And besides, it’s only that initial scrabble off the line where the S5 has the edge; bury the accelerator at 30mph and they’re neck and neck as they pile on speed.

Even in its Sport+ attack mode, the Stinger’s V6 sounds purposeful but restrained, while the S5’s fruitier exhaust snarl is more invigorating. It can get wearing after a while, though; at a steady 70mph, that parp still resonates in the background, even in the car’s quietest Comfort mode. So, despite having similar levels of wind noise and slightly less road roar than the Stinger, the S5 is no more relaxing at speed. 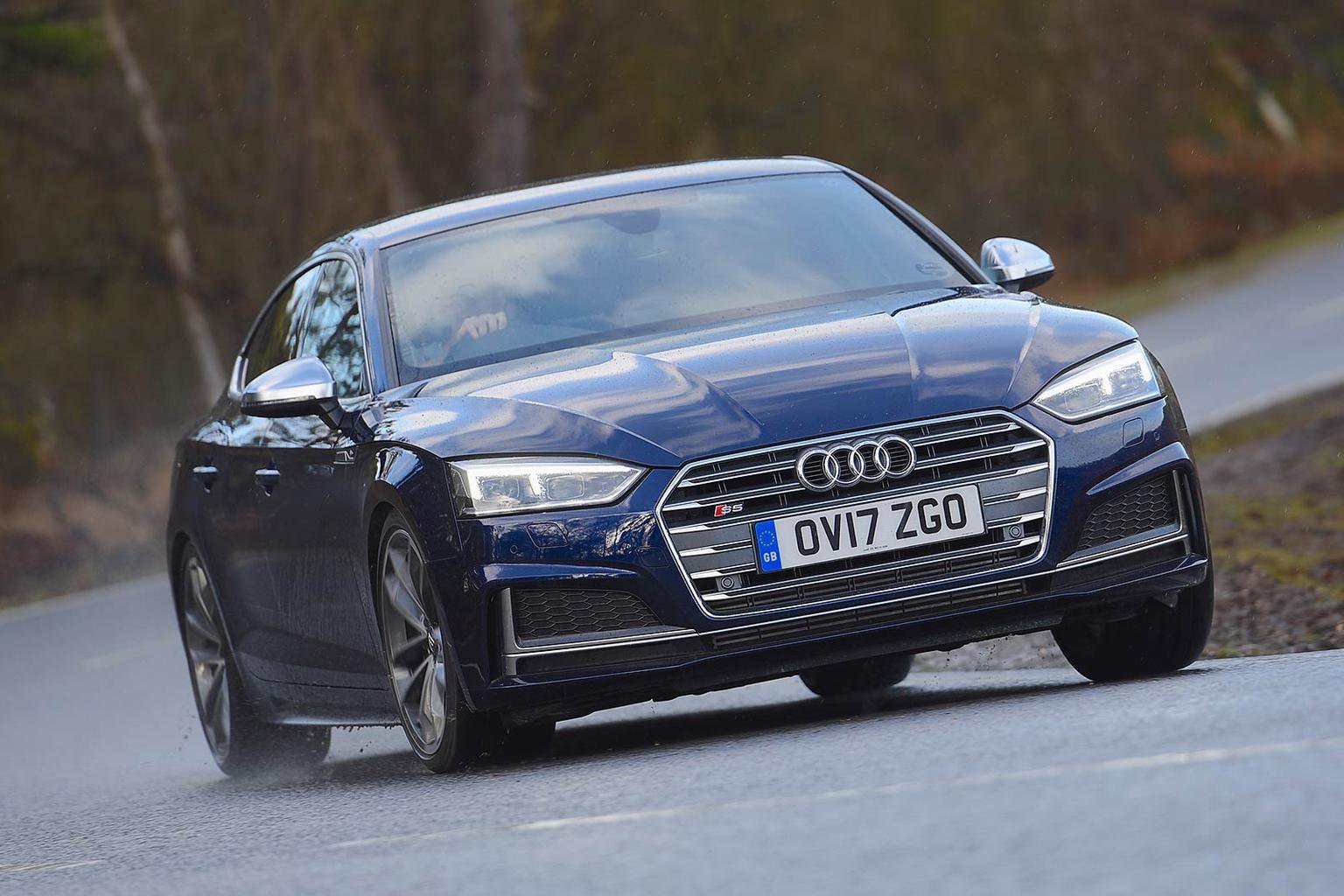 Then there’s the S5’s ride. You can add optional £900 adaptive dampers, but our car came with standard passive suspension, which is firm. It jolts and jostles you around town and fidgets constantly on anything but newly rolled asphalt.

The Stinger comes with adaptive dampers as standard. Set these to Comfort mode and, while it’s not as smooth-riding as the best executive cars, for something purporting to be a sporty GT it’s pretty darn good. It certainly takes the sting out of all but the worst abrasions, albeit with a bit of suspension noise.

However, on twisty B-roads, the S5 is devastatingly fast. Even in slippery conditions, its four-wheel drive lets you pour on the power out of slow corners with minimal fuss and, with the exception of its slightly lazy, anodyne steering, it gives you so much confidence.

Disadvantaged again by rear-wheel drive, the Stinger is slower along any twisty road. Yet the fact it’s more playful and feels more alive make it way more fun at sensible road speeds.