If you’re used to driving a 3 Series or Mercedes C-Class, you’ll feel perched quite high in the driver’s seat of the Model 3. That is, until you get behind the wheel of the Polestar, which feels almost like a halfway house between a saloon and an SUV.

Both cars have fundamentally sound driving positions, with pedals that line up neatly with the seat and steering wheel. However, in order to keep the Model 3’s dashboard looking so minimalistic, everything from the wipers to the headlights are controlled via an enormous, 15.0in central touchscreen. Even adjusting the door mirrors and steering wheel requires you to delve into the touchscreen and fiddle around with buttons on the steering wheel; it’s a real faff. 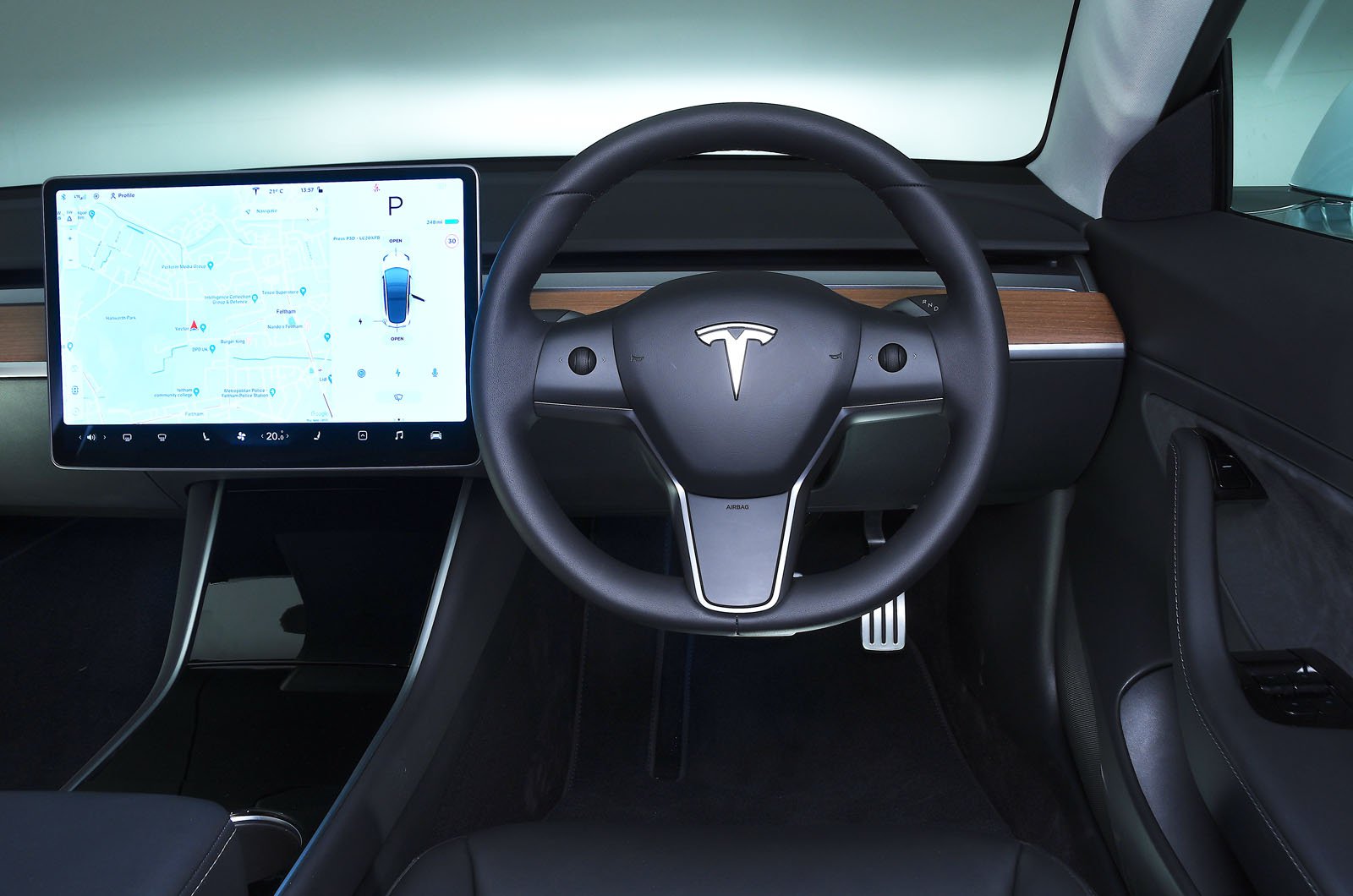 The whole process is much more straightforward in the Polestar, even though the steering wheel is adjusted the old-fashioned way, by pulling a release lever. Both cars have electrically adjustable seats, but surprisingly, given that Volvo seats are normal so brilliant, the Polestar’s don’t offer much in the way of side support. They’re still slightly better than the Model 3’s in this regard, though.

In addition, while the Model 3’s interior arguably looks more Scandi-cool than the Scandinavian car in this test, it doesn’t feel quite as well bolted together. The ‘vegan leather’ seats aren’t overly convincing, and while the Polestar’s seats are upholstered in fabric unless you pay a whopping £4000 extra, they feel surprisingly upmarket. 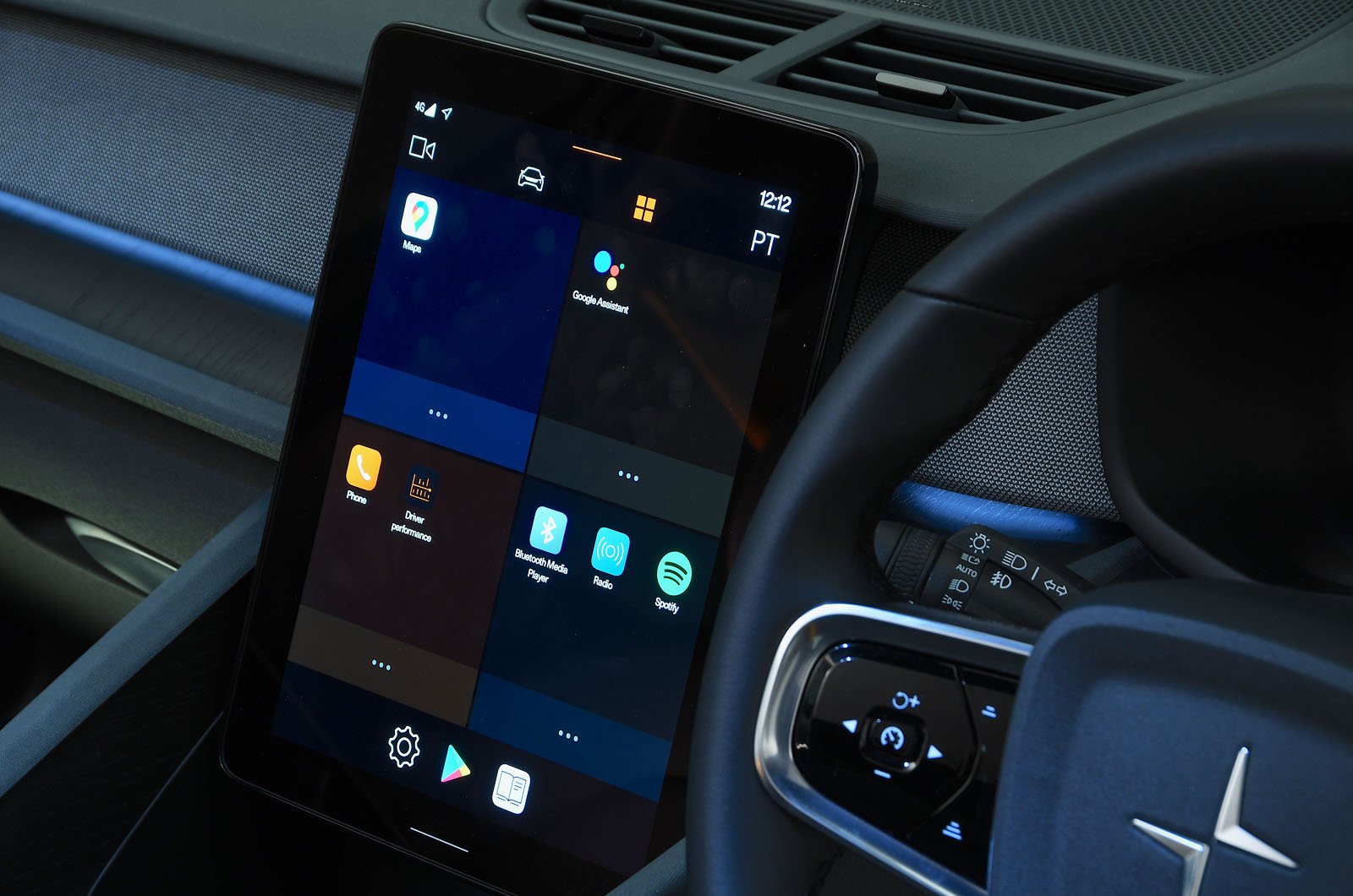 The Polestar 2 introduces a new Android-based infotainment system that will soon be fitted to Volvos too. Being a touchscreen, it’s inevitably fairly distracting to use while you’re driving, but the large size of the display and big icons help to mitigate this. The standard Harman Kardon sound system sounds great and you get wireless charging. Apple CarPlay phone mirroring isn’t available, although it’s coming next year. 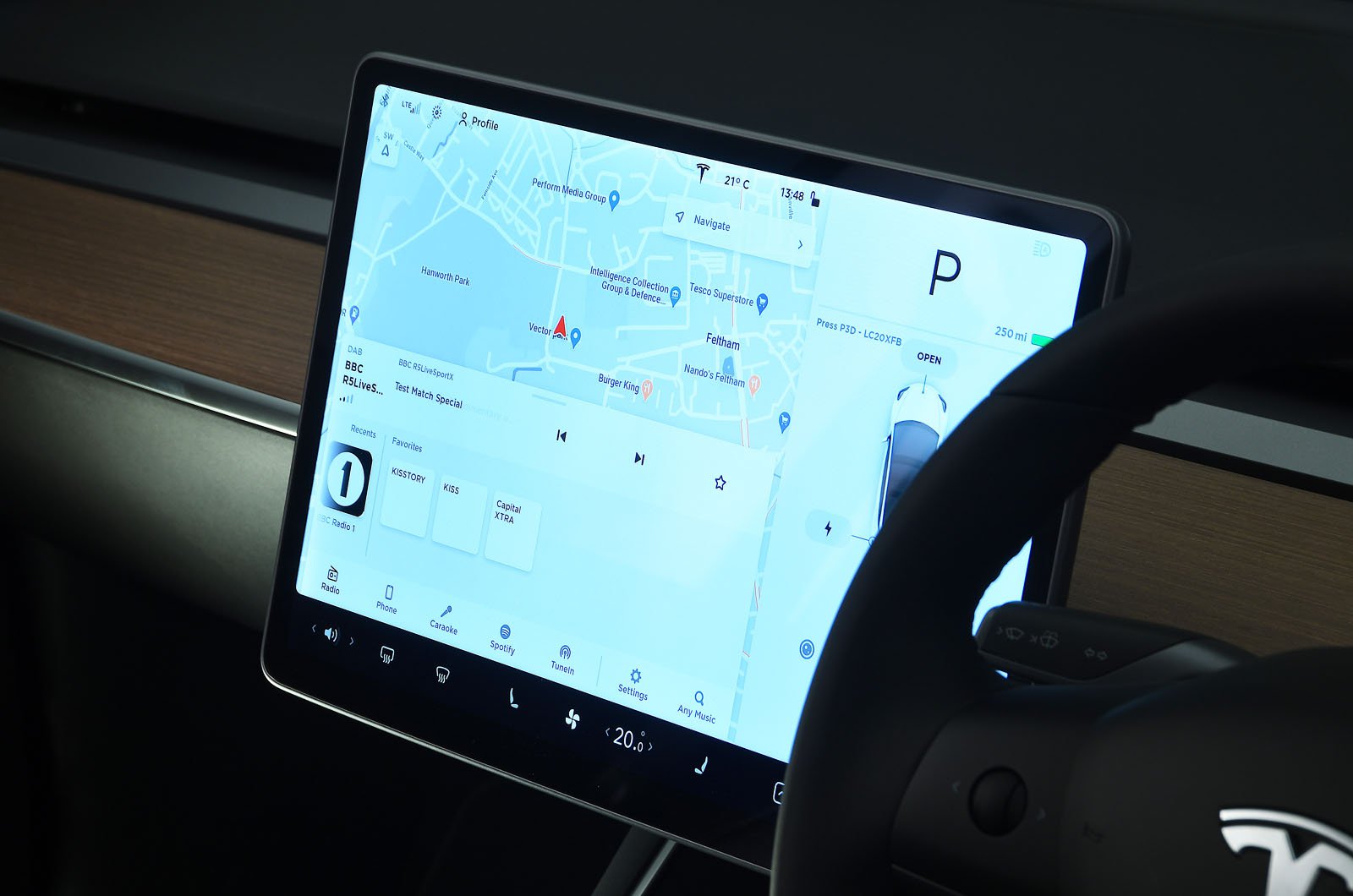 Pretty much everything is controlled using a massive (15in) touchscreen in the middle of the dashboard; you even have to use it to unlock the charging port or open the glovebox. The graphics are sharp and the screen responds quickly to prods, and while there’s no Android or Apple smartphone mirroring, you do get lots of features. You can even watch Netflix or play games.