Performance-oriented version of the Renault Twingo will go on sale this December...

The new Renault Twingo GT has been revealed at the Goodwood Festival of Speed. It's a performance-oriented version of the Renault city car, and will go on sale in the UK this December.

The Twingo GT is the hottest version of Renault’s rear-engined, rear-wheel-drive city car, the Twingo. It's short of being a full-blown Renault Sport performance car, though. This means it has a normal city car's usability, but with sporty dynamics.

As with the normal Twingo, the GT’s engine is located under its boot, allowing for compact exterior dimensions but a roomy cabin. Our tests have confirmed the Twingo is one of the most practical city cars around, seating four adults comfortably. 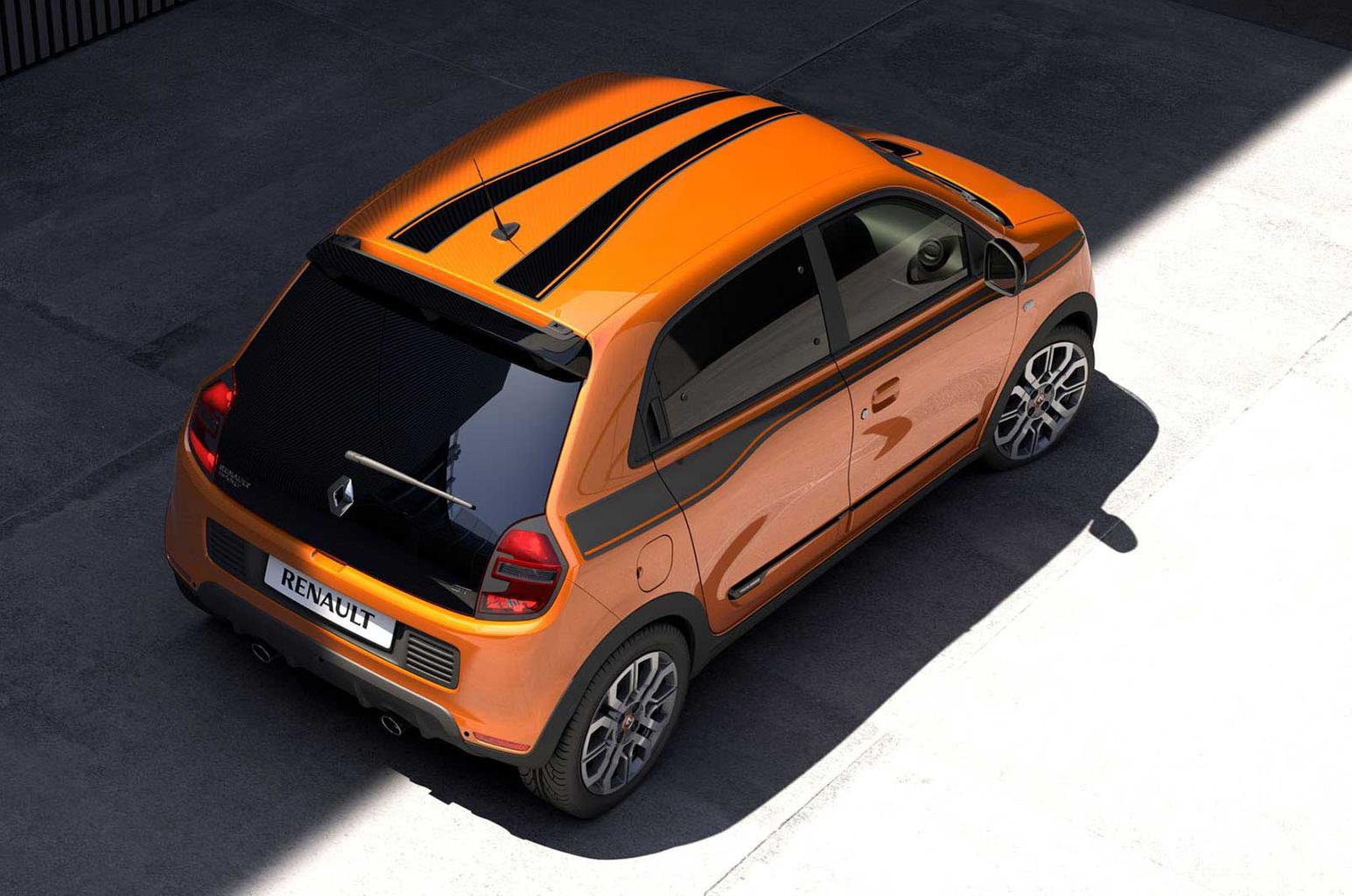 The GT comes exclusively with Renault’s turbocharged 0.9-litre petrol engine, which has been uprated to produce 108bhp and 125lb ft of torque. Those figures are 19bhp and 25lb ft more than the current most powerful Twingo.

Exact straight-line performance figures are yet to be confirmed, but Renault says that the GT can accelerate from 0-62mph in under 10sec. That makes it a rival for the Suzuki Swift Sport, which makes use of a larger 1.6-litre engine.

Renault also says that the GT’s engine has been tuned to offer faster responses, and quotes a 50-75mph acceleration time of under 9sec. This should make overtaking on country roads and powering off of slip roads a more effortless experience, requiring fewer gear changes with the car’s five-speed manual to maintain progress. 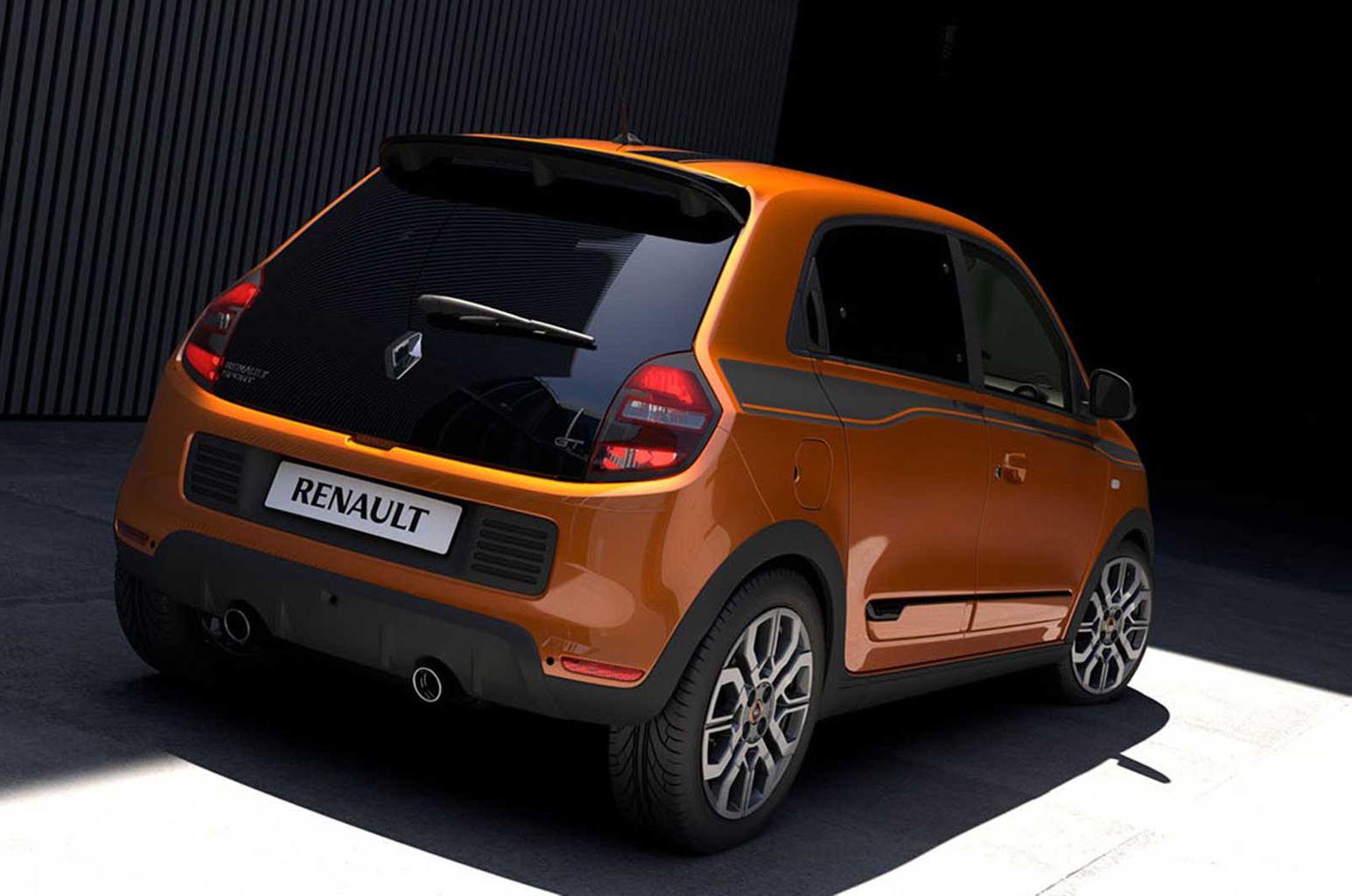 What equipment does it have?

Compared with the regular Twingo, the GT has 17in alloy wheels and tweaked bumper designs. The model gets its own unique paint colours: Blaze Orange, Lunar Grey, Diamond Black or Crystal White.

Inside, the GT gets higher-spec goodies such as air conditioning and a smartphone-compatible touchscreen infotainment system. 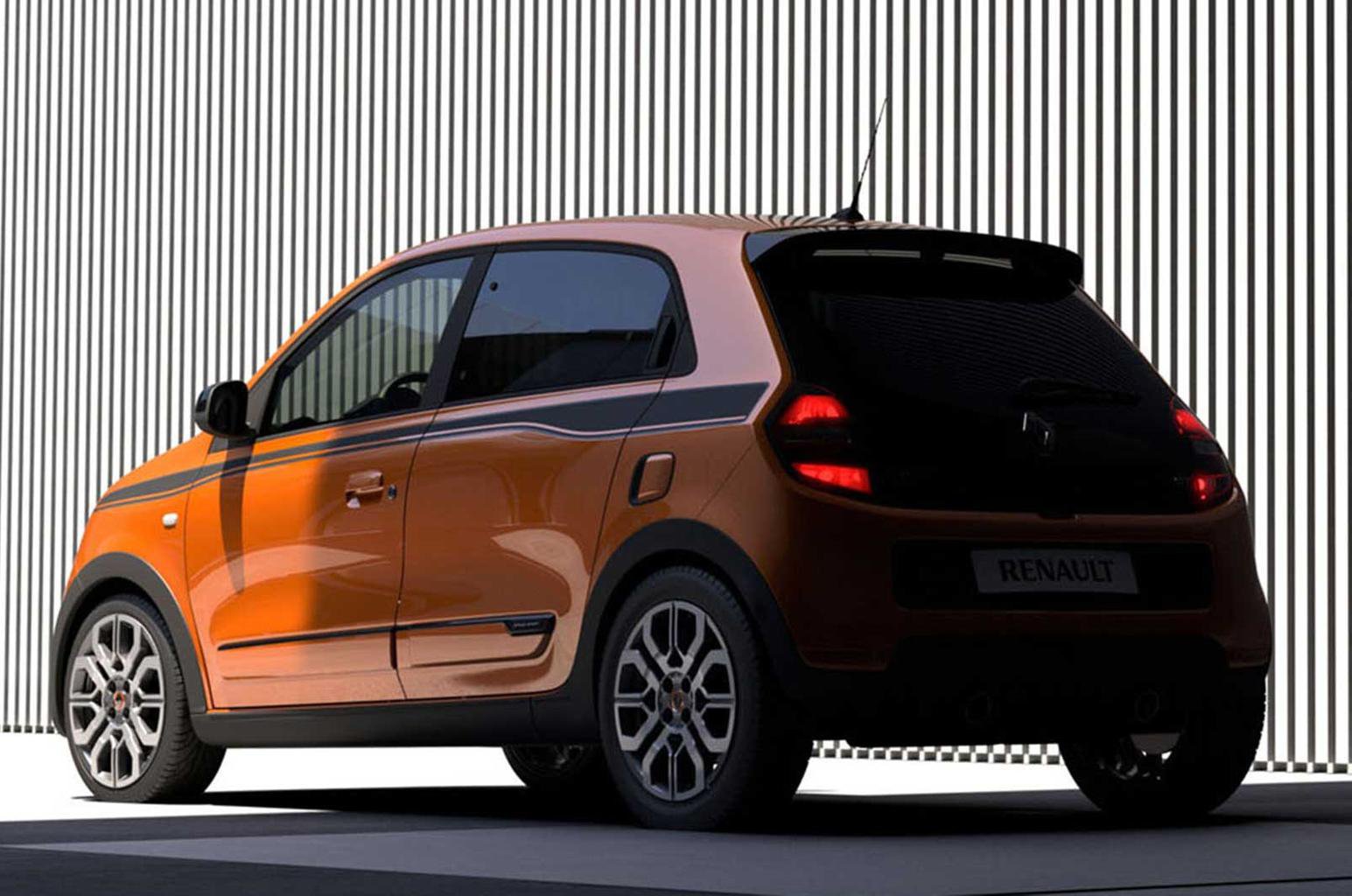 Pricing has not been confirmed, but the Twingo GT should command a significant premium over the current range-topping standard Twingo, the Dynamic S TCe, which costs £13,445. 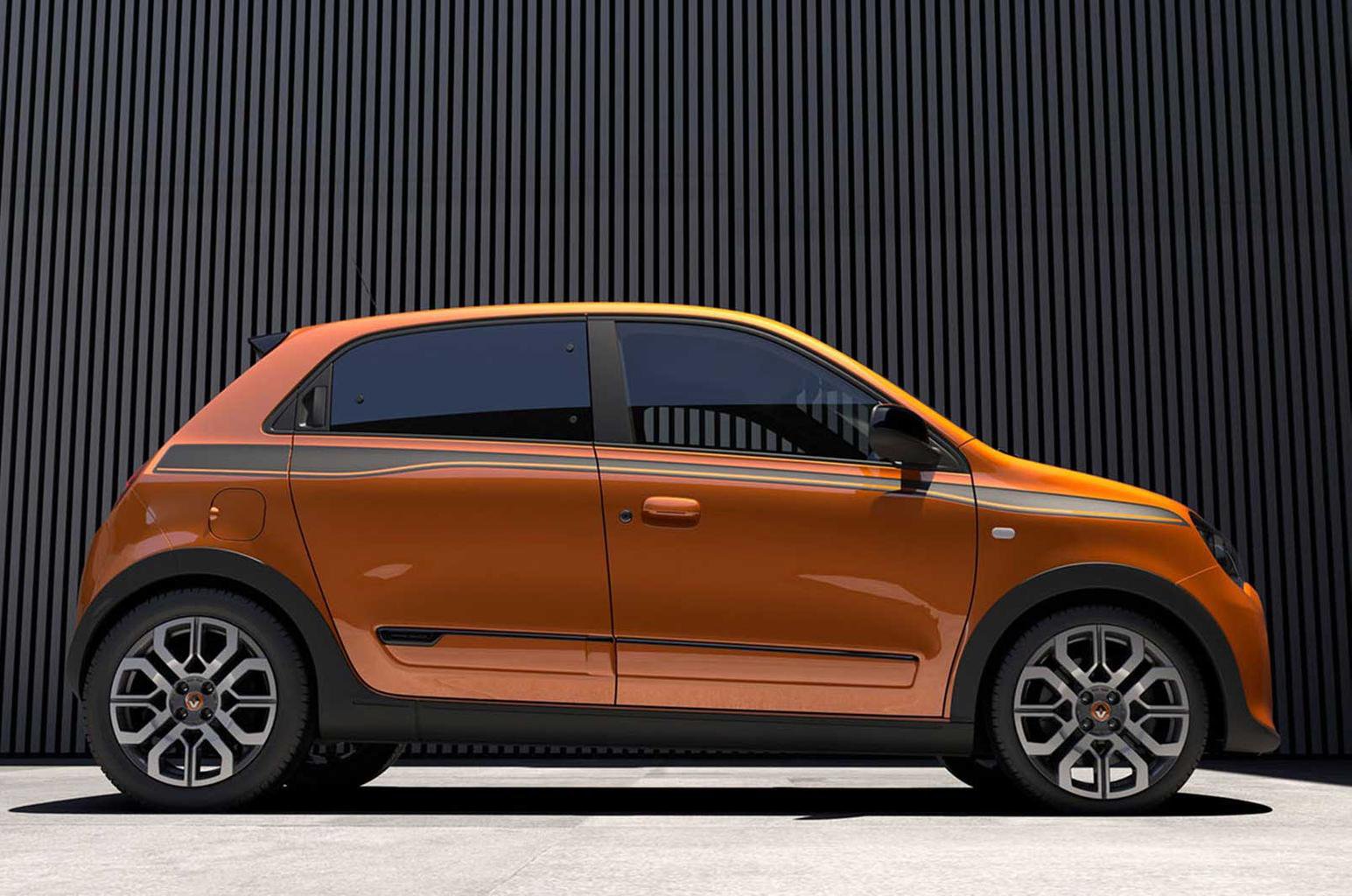 Thanks to its unconventional layout, the Twingo GT doesn’t have any directly comparable rivals. However, the Suzuki Swift Sport has a similar base price (£13,999) and its 8.7sec 0-62mph sprint time gives it similar pace.

Those prepared to spend a bit more might be tempted by Fiat’s new 595 Abarth range, which has an entry-level price of £15,090 and offers all-round hotter performance. The most basic 143bhp model, for example, can reach 62mph in under 8sec.