Tesla's new Model 3 is the cheapest car the company has ever made, but how does it compare with its larger sibling, the Model S? Our guide reveals all... 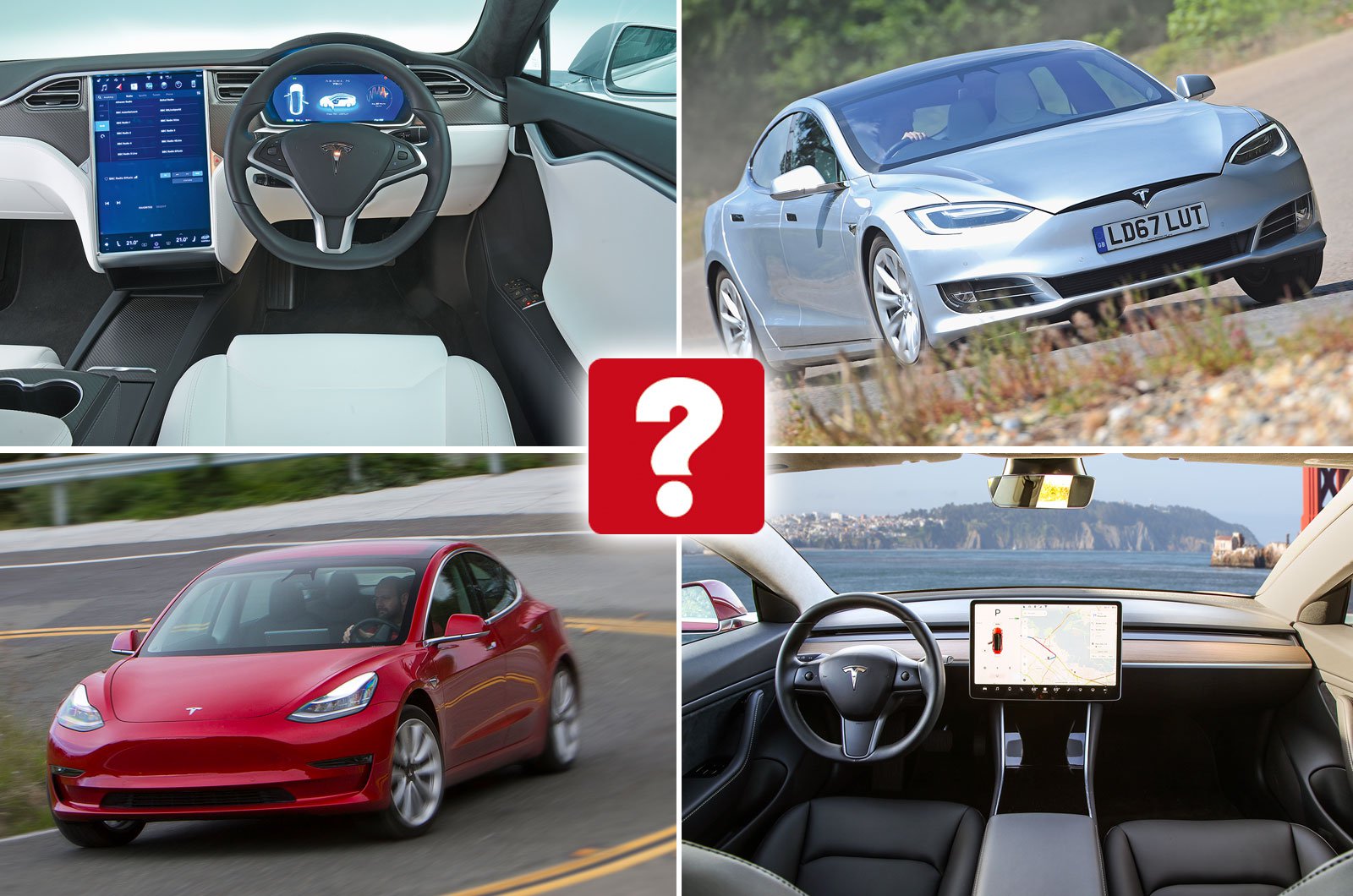 There is no other way to describe Tesla's rise to stardom in the car world than meteoric. From humble beginnings in 2003, the company shot to prominence in 2008 with the launch of its first car, the Tesla Roadster. Today, Tesla is considered among the most innovative car makers worldwide. It scooped our Technology Award in 2018 for advancing the cause of electric motoring, and currently builds three all-electric models: the Model X luxury SUV, Model S luxury car and its latest addition, the Model 3, with more on the way.

The Model 3 is huge news for Tesla, not least because it's the cheapest car the company has ever made, and is therefore within the reach of a far wider audience than Tesla's other cars. Its key rivals include executive models such as the BMW 3 Series and Audi A4, as well as electric choices ranging from the Kia e-Niro (our Car of the Year for 2019) to the plush Jaguar I-Pace.

Just how different is the Model 3 to its Model S sibling, though? Below and over the next few pages, we'll compare the two models in terms of their styling, driving, electric range, interior quality, equipment, practicality and costs, so you can see which one might suit you better.

If you're looking for an electric car, then check out our latest new car deals, or take a look at all of our electric and hybrid car advice

The Model 3 is a traditional saloon, while the Model S is a hatchback and a significantly larger car, being both longer and wider to the tune of 285mm and 115mm respectively – that might not sound like much, but it gives the Model S more space inside for both people and luggage.

The Model S features a slim front grille which incorporates the Tesla badge, while the Model 3 doesn't feature any grille, and instead wears its Tesla badge alone on its front bonnet.

The Model 3 and its larger sibling don't feature traditional air intakes, because they don't need air to cool an engine. There are intakes lower down on both cars, but these are primarily to make them more aerodynamic, and to channel air to cool the brakes. Both cars also have metallic trim running around the edge of their windows, as well as panoramic glass roofs.

When it comes to speccing your car – at least in the US – black is the only colour that's standard on both models, but you can additionally choose from two metallic options (silver and blue) and two multi-tone options (white and red). Alloy wheels of up to 21in are available on the Model S, and up to 19in on the Model 3.

So far, we've only sampled the Model 3 in range-topping Performance guise, and we like both its acceleration (0-60mph takes just 3.3sec) and its handling, with plenty of grip generated from its sticky Michelin tyres. The Model S' acceleration is also eye-widening, and it handles well too, managing to hide its extra bulk well. Despite being such a big and heavy car, there's only modest body roll through corners.

Performance versions of the Model 3 ride quite firmly, but is no less forgiving than M Sport versions of BMW's 3 Series, and the Long Range versions are likely to have a softer setup. The Model S, on standard air suspension, is a comfortable way to travel long distances, so long as you avoid the largest alloy wheels. In fact, our tests found that only scruffy urban roads are likely to upset the Model S, but never to the point that it's uncomfortable.

Both the Model 3 and Model S are whisper quiet at lower speeds, but there is some wind noise at higher speeds in the former, particularly from around those frameless doors.

We like the Model 3's brakes, which feel far less grabby than in most electric car rivals, meaning you can slow down smoothly. The Model S also has smooth brakes, with a natural, progressive feel, but they can take a bit more getting used to because of that car's strong regenerative braking.

This is where things get complicated, because how far your Tesla will travel on a single charge varies both according to which version you go for, and which figures you're looking at.

The most up-to-date range figures for the Model 3 come courtesy of the latest WLTP tests, which are more representative of real-world driving than the older NEDC tests. On these tests, the Model 3 has a range of 338 miles in standard form, and 330 miles in Performance guise.

We don't have figures for the Model S from the WLTP tests yet, but the two models are comparable if you look at the EPA tests both models undergo in the US. The results of those tests are set out below.

It's also worth noting that What Car? conducts its own range testing on electric cars in the UK, and when we put the model Model S through our Real Range test in standard 75kWh form, it covered 204 miles between charges.

Tesla is different from any other electric car maker, because it offers its own range of chargers for its cars. The so-called Supercharger network can charge Tesla cars at a higher rate than most other publically available charging points. The Model 3 can be charged from 10-80% of capacity in as little as 30 minutes, for example.

Regardless of which model you choose, you'll have to pay to access the Supercharger network, with most tariffs based on the number of kWh you use. In Great Britain, the average cost per kWh is £0.24. You can view an interactive map of Tesla's Supercharger network, showing current and upcoming locations, here.

It is worth noting, too, that the Model 3 uses a different charging connector to the Model S and Model X, meaning not all Superchargers are currently compatible with the car. However, the upside is that the Model 3 is the only Tesla which can also be charged using public charging points.