The Tesla Model S was the car that proved electric cars could be fast and luxurious, but is a used example a better buy than a new Model 3 for the same money?...

Thrillingly quick range-topping version of Tesla’s ‘mainstream’ car is one of the best new electric cars you can buy.

A three-year-old, entry-level Model S costs the same money, yet it’s bigger, with similar performance and lots of clever tech.

Think of electric vehicles (EVs) and Tesla tends to be the brand that first springs to mind. The American company has been at the vanguard of EV development for well over a decade. But, with a budget of £60,000 or thereabouts, which of its cars should you choose?

Well, if you're buying new that sort of money will get you the range-topping Performance version of the Tesla Model 3 executive saloon. 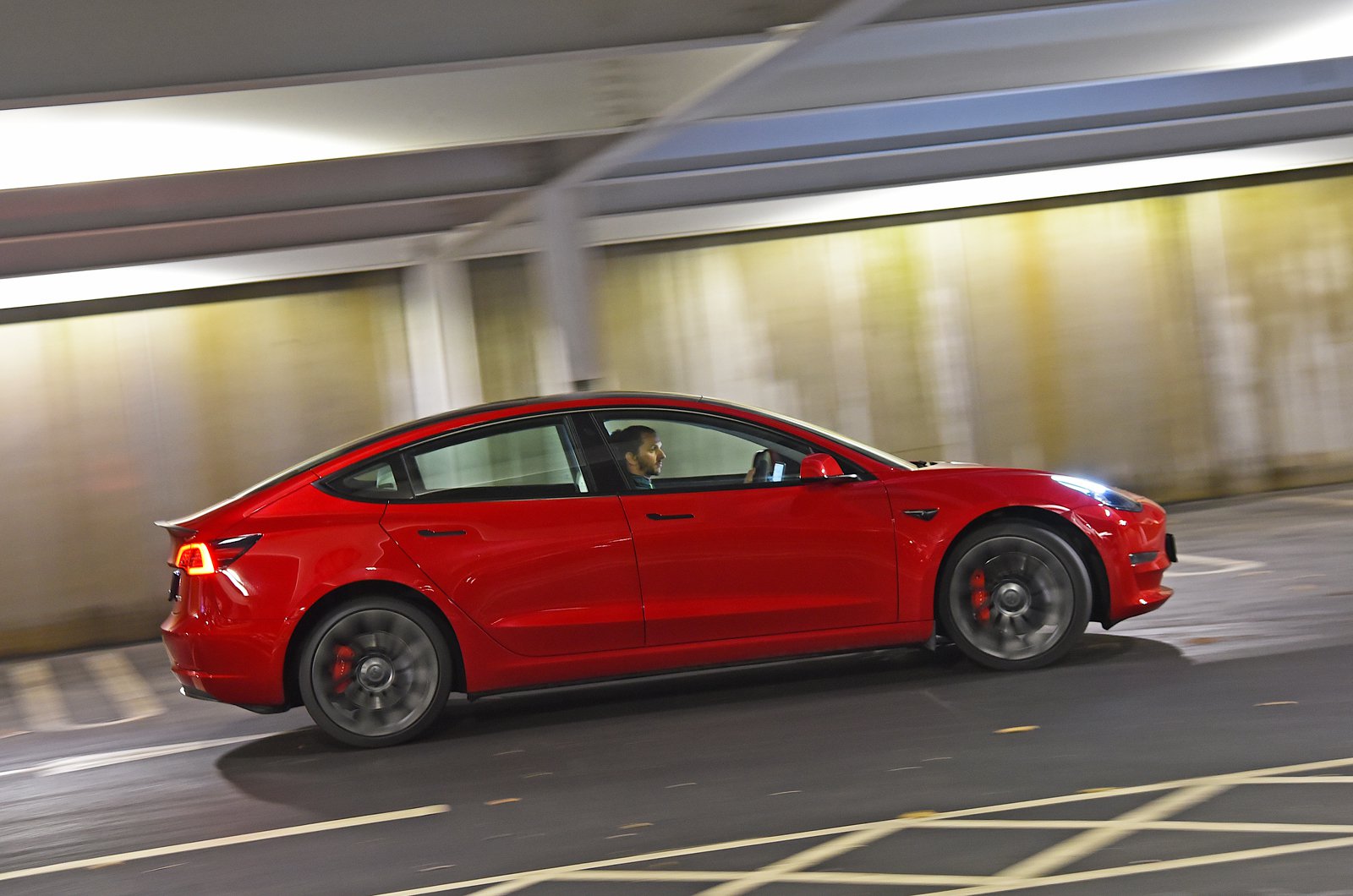 Alternatively, you could spend a similar amount on a three-year-old Tesla Model S that’s significantly bigger than the Model 3 and has a more practical hatchback boot. A budget of around £60k will get you a low-mileage example in the 75D spec, which was our pick of the range when it was new.

Part of Tesla’s mystique was born from the supercar-beating acceleration that many of its cars are capable of. Indeed, the 75D will still see off most sports cars by hitting 60mph from a standstill in just 4.3sec, and there are versions that are quicker still. The 75D has two electric motors – one driving the front wheels and the other the rears – that combine to produce 362bhp. That’s enough to positively slingshot you down the road. 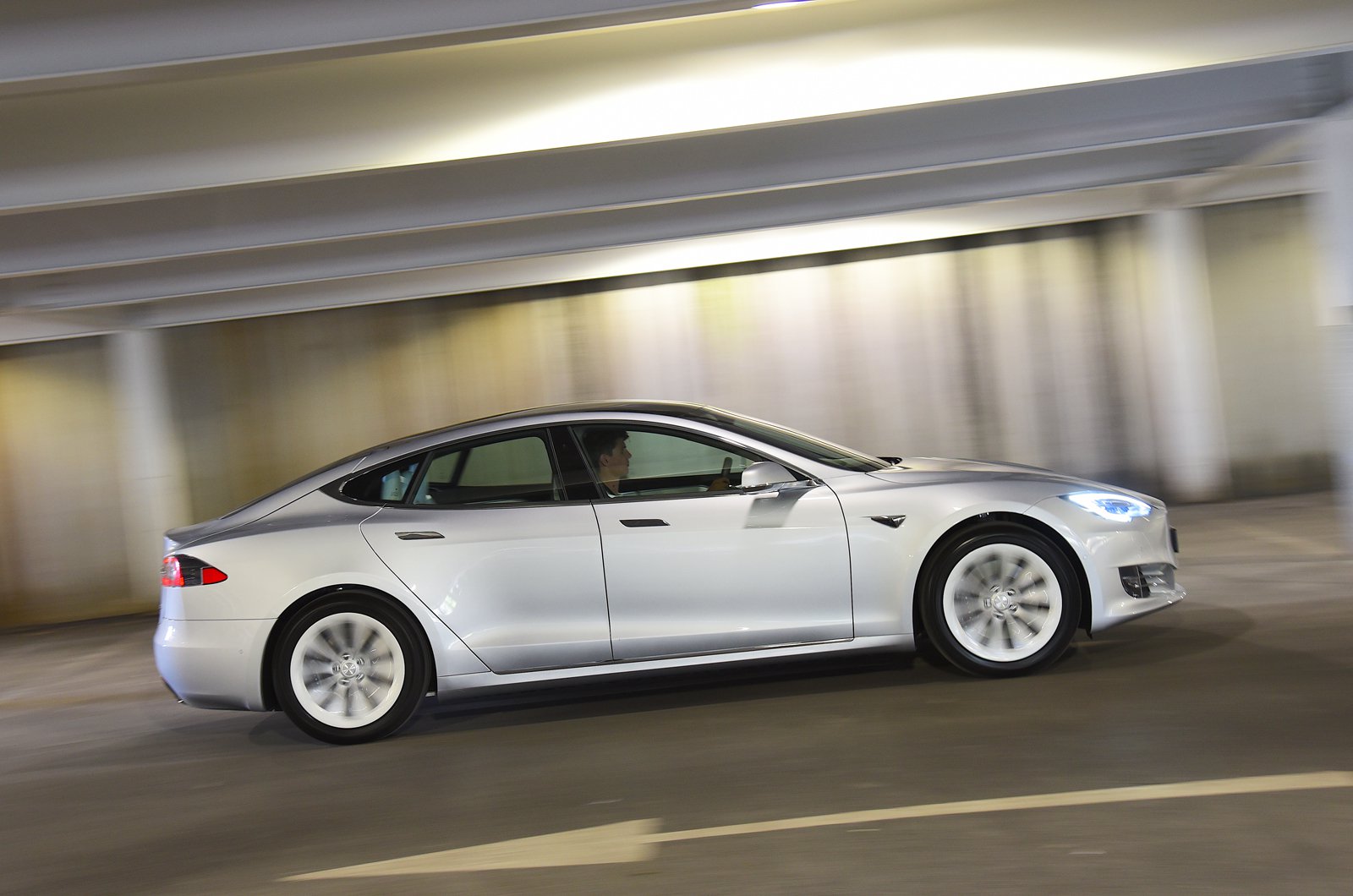 Or at least it feels that way until you’ve experienced the even more savage acceleration that the Model 3 can achieve. It, too, has an electric motor driving each axle, and these motors pump out a combined 483bhp to power what is a smaller, lighter car. We managed 0-60mph in a jaw-dropping 3.7sec on a soaking wet test track; on a warm, dry day, it would be quicker still.

But there’s a lot more to either of these two than sheer straight-line performance. The sports suspension the Model 3 Performance comes fitted with helps it to stay incredibly flat through corners, with hardly any body lean. Add its super-grippy Michelin tyres and this is a car that makes short work of twisting country roads. 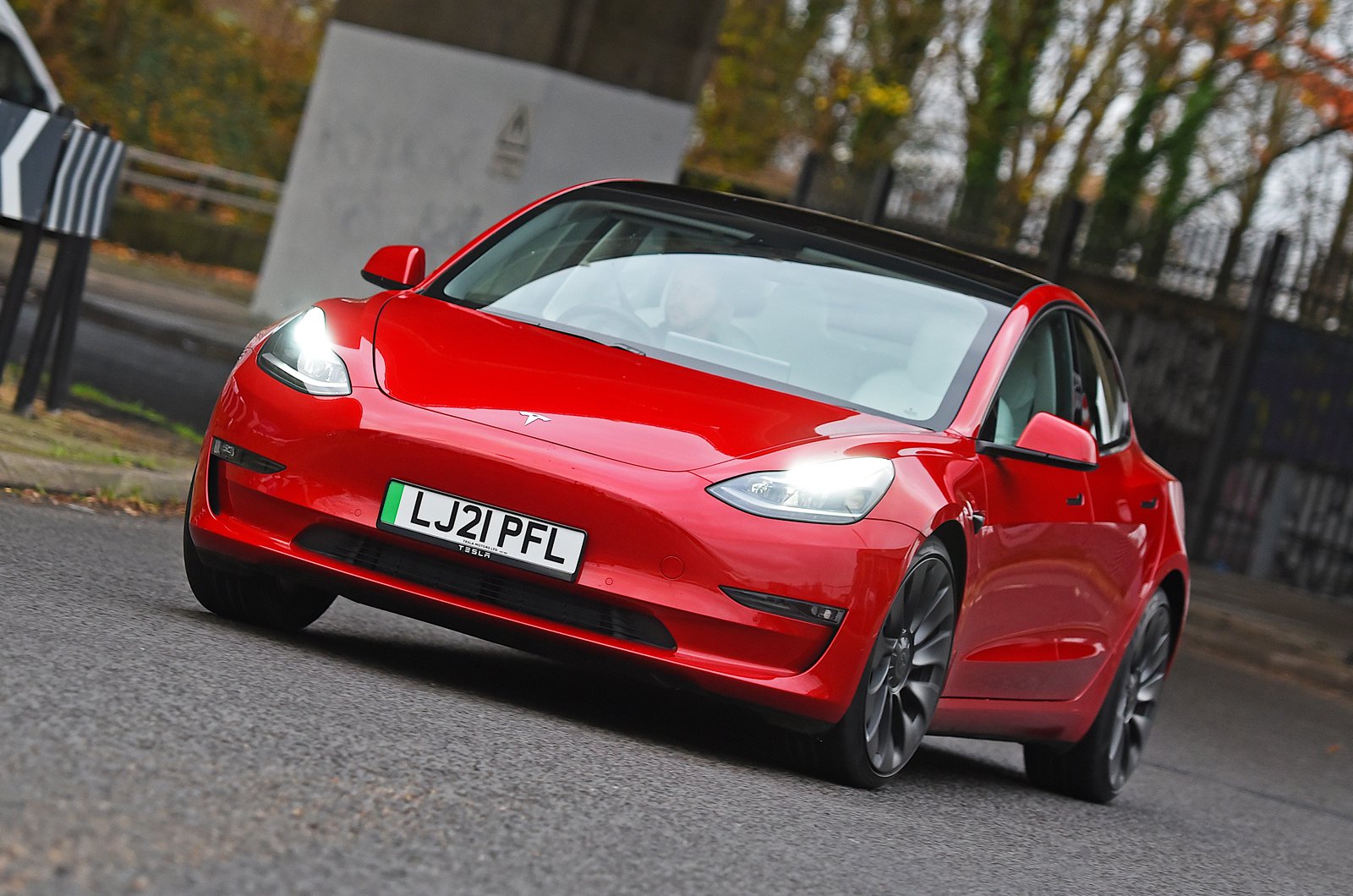 Sure, it doesn’t have quite the delicate balance or finesse as the best petrol-powered sports saloons (think Alfa Romeo Giulia Quadrifoglio), nor does a great deal of feedback stream to your fingertips through the steering wheel. However, the steering itself is tough to fault for precision, and there’s certainly no doubting the Model 3’s effectiveness at getting you from A to B jolly quickly.

The Model S? Well, its extra weight (around 250kg more than the Model 3) means it isn’t quite as eager to change direction and would ultimately be left behind by the smaller car through a series of corners. It’s pretty composed compared with many other luxury saloons, though, and its steering is just as light yet accurate as the Model 3’s. 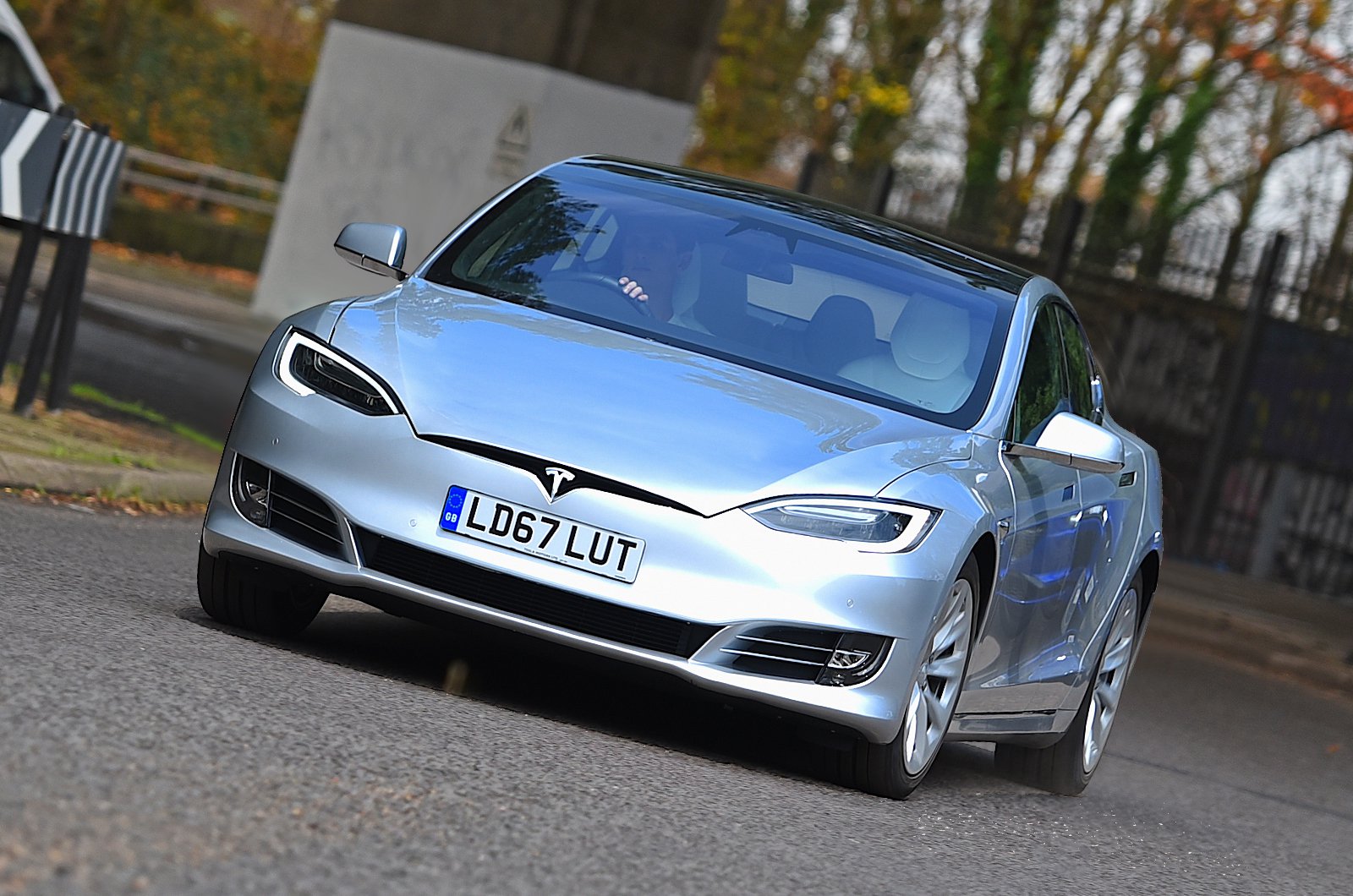 When it comes to ride comfort, on the other hand, it's the Model S that has the edge. With air suspension as standard, it deals with beaten-up town roads a little more adroitly than its smaller sibling. Mind you, both cars are similarly excellent at keeping you comfortable on motorway trips, even if you will hear quite a lot of tyre roar at a steady 70mph in either.

Of course, how far you’ll go on a full charge is likely to be the number one consideration for many EV buyers. Both cars use very similar batteries, but unsurprisingly, it’s the lighter Model 3 that uses electricity more efficiently. Indeed, in our Real Range test it posted one of the longest distances we’ve ever seen from an electric car: 239 miles. And, indeed, since then its battery has been tweaked to make it even more efficient

The Model S’s 204 miles is hardly shabby, though, and, in warm weather, you stand a good chance of beating our figures if you drive gently in either car. 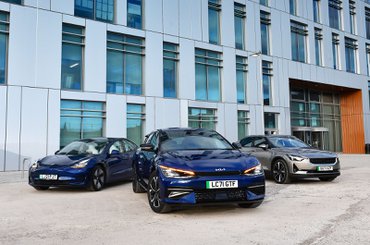