Nissan has given its fifth-generation Micra a radical makeover, so can it now compete with the best small cars? Six months of everyday use should provide the answer...

A bank holiday was the ideal opportunity to cram in as many visits to relatives, garden centres and the tip as one could possibly endure over a four-day weekend. That may sound like a nightmare but it went without a hitch because the Micra could flex its practicality credentials.

As we said when we introduced the little Nissan, it has a small advantage over its closest rivals – the Ford Fiesta, Volkswagen Polo and Vauxhall Corsa on the space front. However its not as spacious as the affordable Skoda Fabia, which has the edge on boot space with seats up and flattened and rear passenger space.

On-paper volume figures tend to mean very little in reality, so we took the chance to explain in real terms how much can you stuff in the Micra’s boot. A trip to the garden centre via the tip gave me the opportunity to see how easy it was to heft large terracotta pots and compost bags in and out, and how much it would take. 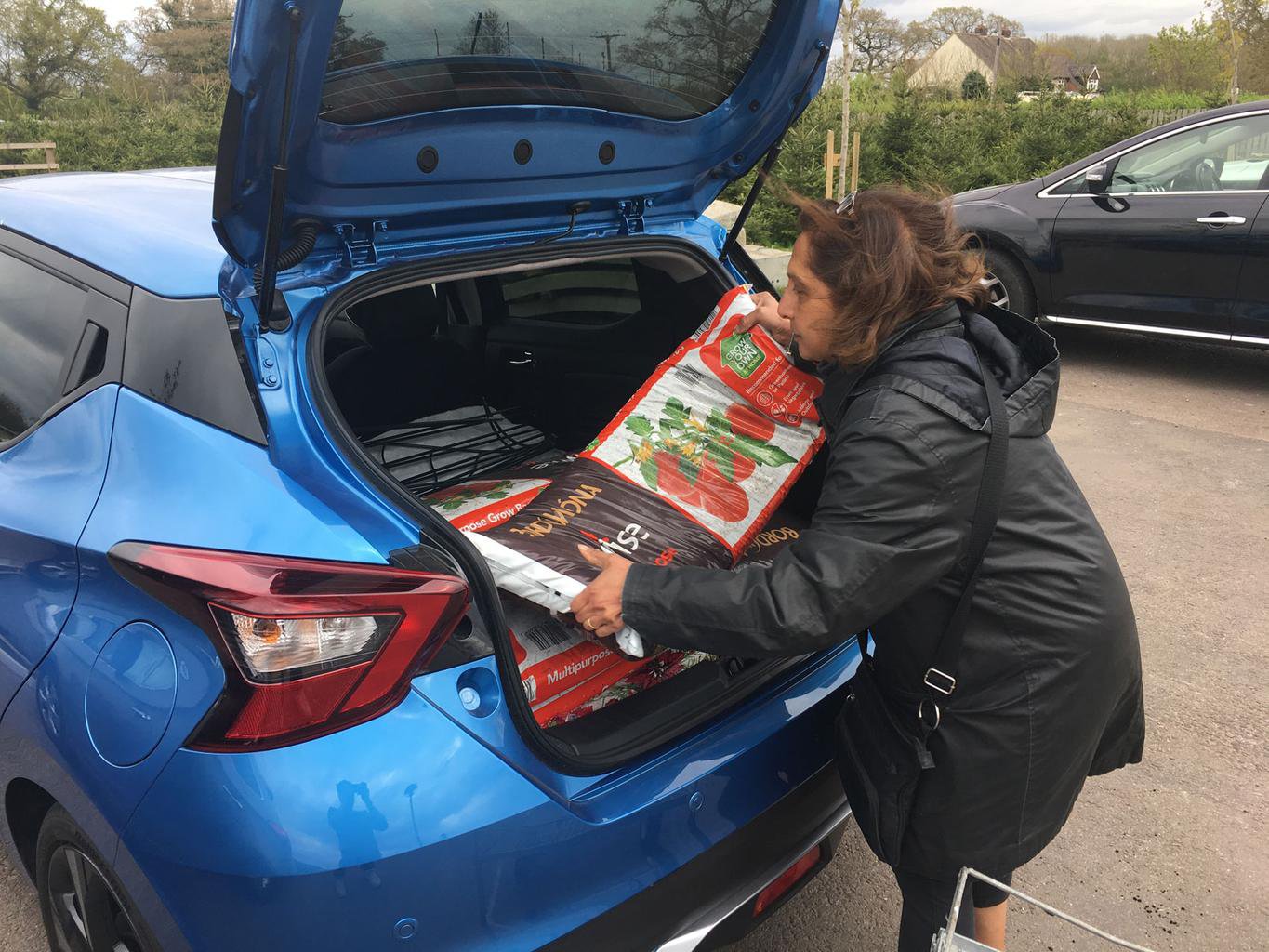 The four various sized pots fitted, with the flattened rear seats providing a stable flat base for the pots to stand, while a selection of smaller plastic pots were placed between them to stop them bashing and damaging other parts of the car.

The Micra then devoured all 10 bags of compost. The rearseats were lowered in anticipation, but the extra space wasn't needed. The hatch opening itself is wide and well shaped to ease larger or heavier items in and out, with a sizeable lip on the boot allowing you to stop for a moment to rest or readjust your grip before heaving the bags.

The lip, however, is quite high and for someone of my mum’s height – a smidge under five feet – reaching in and grabbing heavy items is made just that little bit trickier. Overall, the Micra seemed to impress on the boot space front.

The Nissan also proved adept at carrying two adults in the rear seats, however knee and leg room is at a premium, and are better suited to accommodating children rather than adults on anything other than short journeys.