The old saying tells us less is more. However, sometimes I find it’s just less. And while there are other instances where it costs you more, it isn’t always worth the extra.

Take the new Megane Trophy-R. I recently drove this limited-run model, which sits at the top of the RS range. But although it’s 130kg lighter than my car – the equivalent of kicking out a prop forward  – I’d have to say this makes it ‘different’ rather than ‘better’ to drive.

You see, the biggest weight saving comes from binning the rear-wheel steering system, which if you’ve read my earlier reports, you’ll know is fundamental to the ‘regular’ Trophy’s character. As a result, the R is slightly faster and more predictable round a track, but mostly less thrilling on the road.

Add in the fact that the Trophy-R costs £20k more than my car in standard form, and £40k more as tested, and above all it made me appreciate the value my car offers. 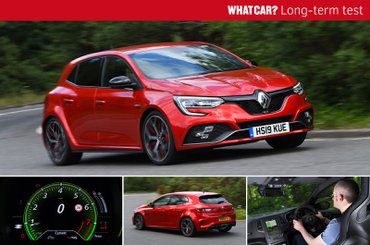 The latest Renault Megane RS is one of our favourite hot hatches, but how easy is it to live with?