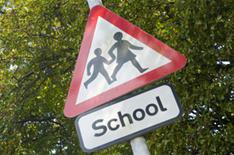 School-run chaos could be a thing of the past if Government proposals come to fruition.

The House of Commons transport committee's inquiry has suggested providing more school transport to more pupils, and at a cheaper price than at present. Free transport to the children of families on low incomes could also be offered.

The committee hopes to decrease the number of pupils travelling by car to reduce congestion and emissions.

However, the inquiry first needs to establish whether these incentives would be enough to persuade people to use the schemes.

The proposed schemes are unlikely to begin until September at the earliest.