A more rugged version of the Seat Ateca SUV will make its debut at the Paris motor show next week...

The Seat Ateca X-Perience has been shown in pictures before it's revealed at the Paris motor show later this month.

The more rugged version of Seat’s new small SUV is labelled as a design demonstration for now, but it will likely influence an X-Perience trim level that will be added to the Ateca range next year.

The off-roader-styled model has bulkier wheels and more prominent underbody protection than the standard Ateca, with metallic trim and roof rails also fitted. 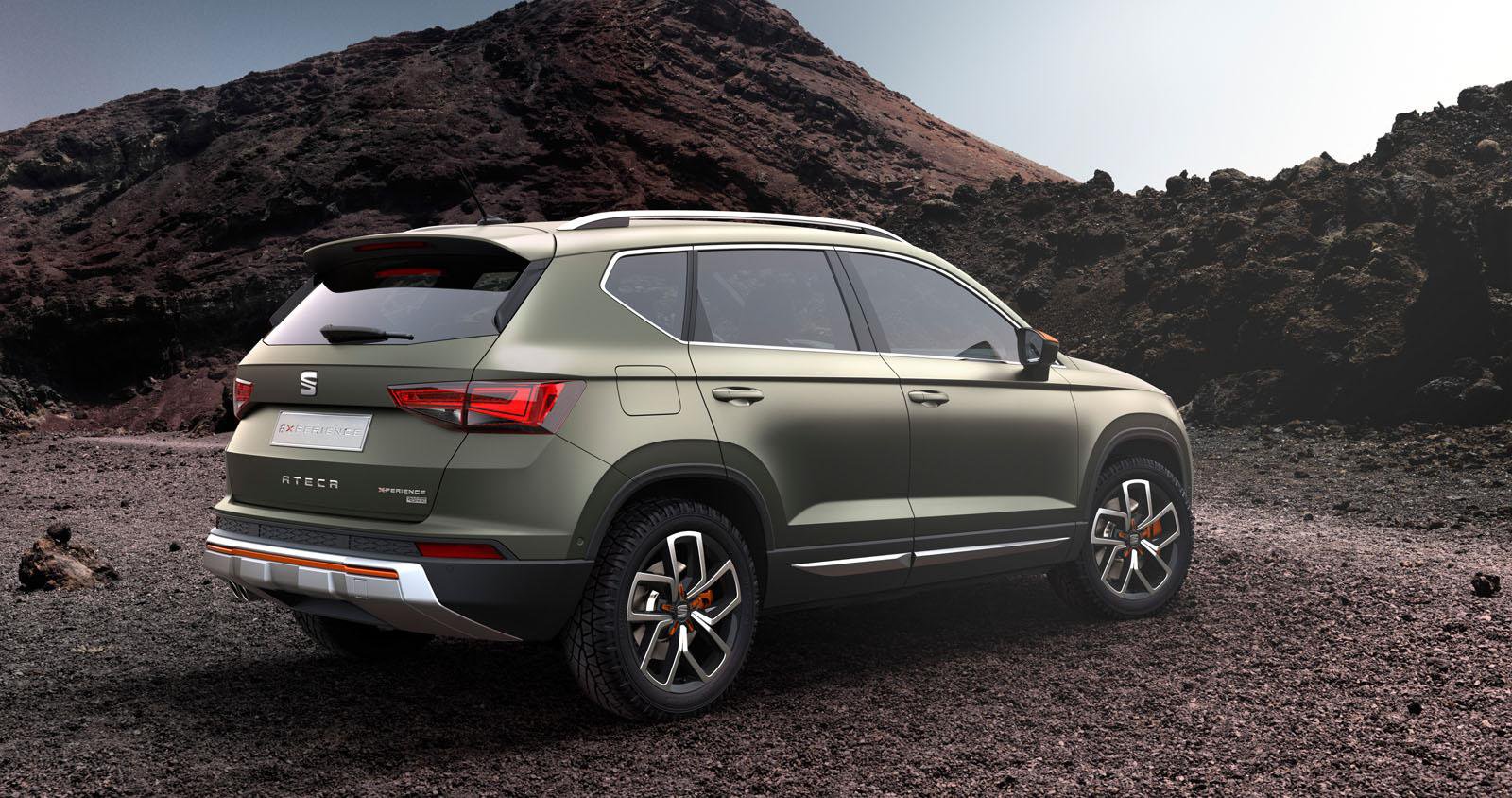 Inside, the colour scheme matches the exterior, featuring a bespoke brown interior trim with green and orange highlights. There are also suede leather sports seats, a different gearlever and rubber floor mats.

Seat hasn’t confirmed if the X-Perience will make production, but it has already introduced a Leon X-Perience to its model line-up, suggesting this Ateca version will follow suit.

It will most likely come exclusively with a 2.0-litre TDI diesel engine, and be more expensive than the rest of the range Seat Ateca range, with an entry-level price of more than £30,000.