Looks similar to the Ateca, doesn’t it? That’s because the Karoq is heavily based on its Spanish rival.

When the Seat Ateca first appeared in 2017 we had no hesitation in placing it right at the very top of the family SUV class, knocking the venerable Nissan Qashqai off the number one spot and socking it to a lot of its other worthy contenders.

That’s because the Ateca is a class act. Which is exactly why Skoda – Seat’s more sensible Czech cousin – pinched the basic design a year later as the footing for its family SUV, the Karoq. Consequently, these two cars are very similar in many ways. That said, the Ateca is set up in line with Seat’s sporty philosophy, while the Karoq is more biased towards comfort, with Skoda’s usual attention to practicality woven in, too.

In fact, the Karoq is such a competent all-rounder that when we first tested the two cars back in 2018 we gave it the edge over the Ateca. Now, there are plenty of examples of both cars on the used car market, but which one makes the most sense when bought with a few miles on the clock? Read on to find out.

One difference is their engines. When the Ateca was first launched it used the Volkswagen Group’s established 148bhp turbocharged 1.4-litre petrol unit, while the Karoq, launched a year later, utilised the company’s next-generation turbo 1.5. All this changed in 2018 when the Ateca adopted the 1.5-litre engine too, but here we’re testing it in its earlier 1.4 form. 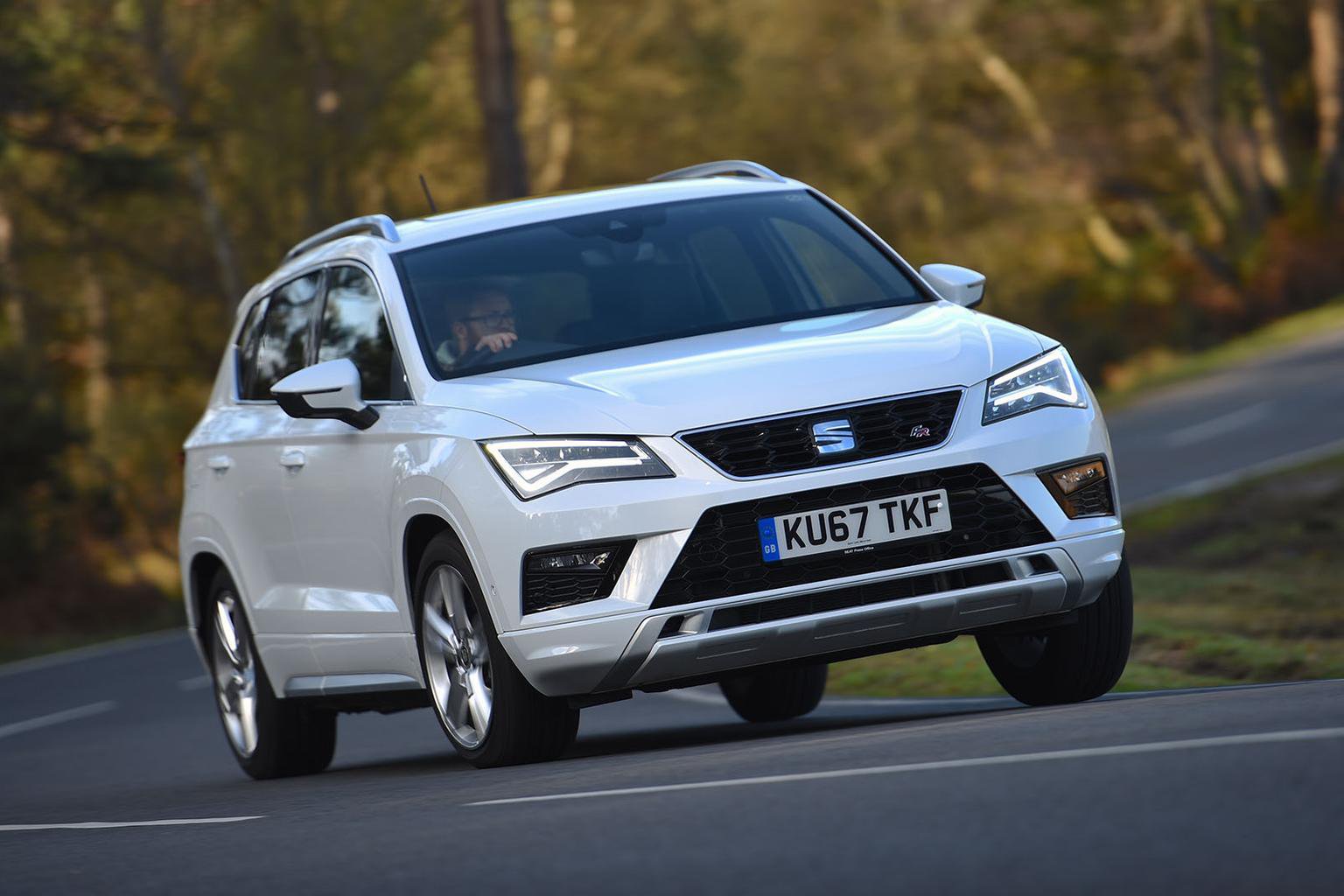 So, although larger, the 1.5 makes identical power and torque to the 1.4, so you’d presume there would be barely anything in it when it comes to performance.

Except that isn’t the case. The Ateca always feels a little more potent and pulls harder when you squeeze your right foot. As well as sounding wheezier past 4000rpm, the Karoq’s 1.5 motor feels less energetic from mid to high revs – a point proven in our acceleration tests; the Karoq sprinted from 0-60mph in 9.2sec, whereas the Ateca took just 8.4sec.

With both cars having optional seven-speed dual-clutch automatic gearboxes fitted, a knock-on effect of the Karoq’s less enthusiastic engine is that when you put your foot down, its gearbox tends to change down one or two more gears than the Ateca’s, forcing the engine to rev harder. On the move, both cars’ gearchanges are mostly slick and quick, but they can get a mite jerky in stop-start traffic. 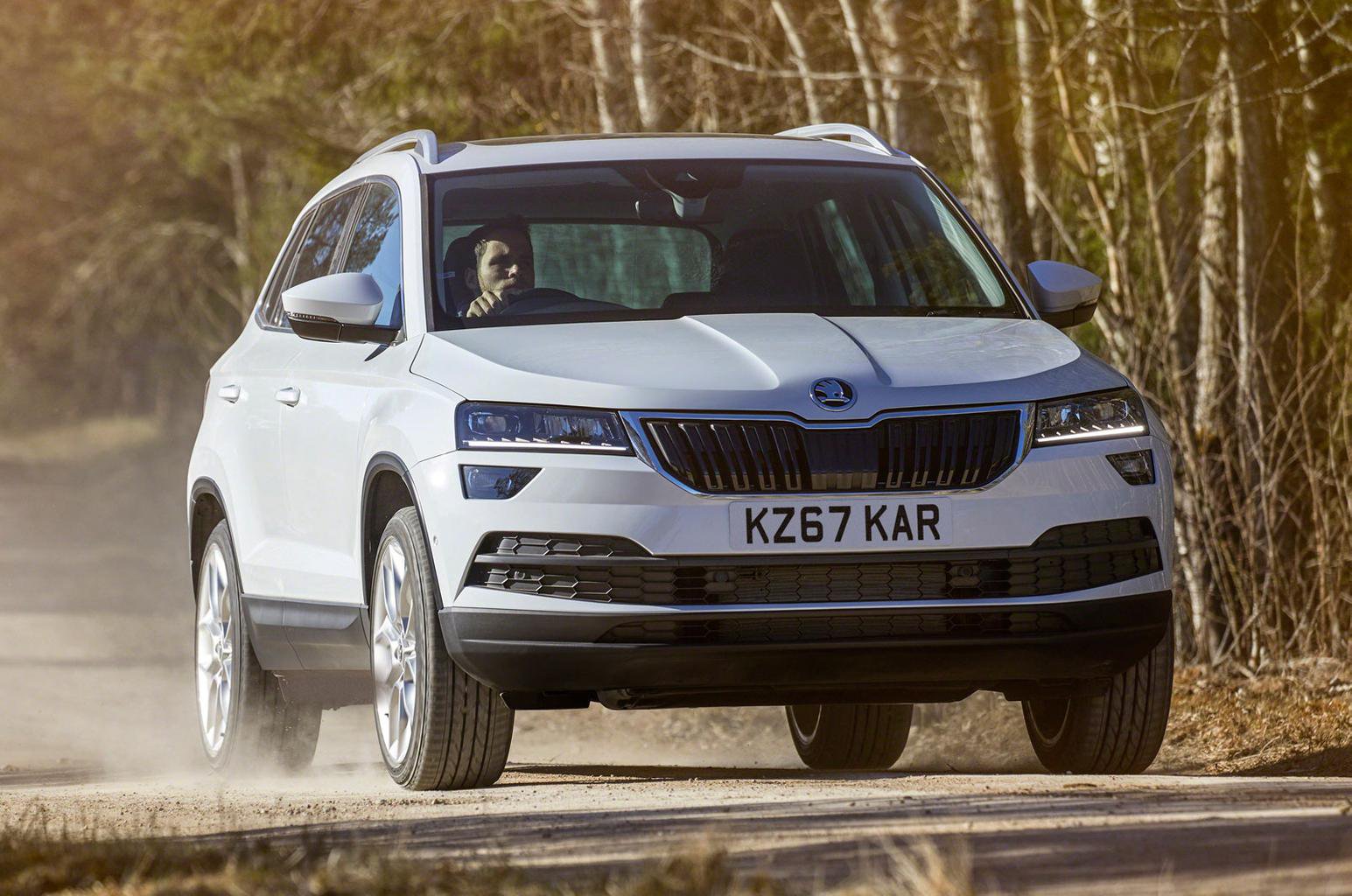 We mentioned that the Karoq was designed with comfort in mind, and that’s how it pans out. The Ateca stays on the right side of comfortable but is firmer over ridges and potholes, particularly around town. The Karoq irons out such imperfections more adeptly, but the trade-off with squishier springs and dampers is more bounce over peaks and troughs.

Being softer also means you get more body lean through corners in the Karoq. Factor in its lighter, slower-geared steering and it’s the less agile car, but it’s still a tidy handling car by SUV standards. The Ateca is downright sporty; this is a car that you can enjoy down a winding road, drawing confidence from its tauter body control and emphatically more alert steering.

The Ateca is a little more refined, too. There’s less suspension noise around town and less background engine, tyre and road noise on motorways. That said, both cars can eat up the miles with ease.