Getting a lift in a Mercedes GLS that took an off-road route to the Goodwood Festival of Speed to avoid the on-road traffic jams inspired me to do a spot of green laning in the XV. There aren’t many legal routes left for 4x4 drivers, but I’m lucky to live near the North Downs on the Kent/Surrey border where there are a few good stretches left.

Unlike many modern all-wheel-drive cars, which automatically switch from two- to four-wheel drive when required, the XV has permanent four-wheel drive and a fairly traditional set-up. Its Symmetrical All Wheel Drive (SAWD) system has been an integral part of the brand’s models since the early 1970s, and it’s the one thing that helps the XV stand out against the majority of rivals, which are two-wheel drive. 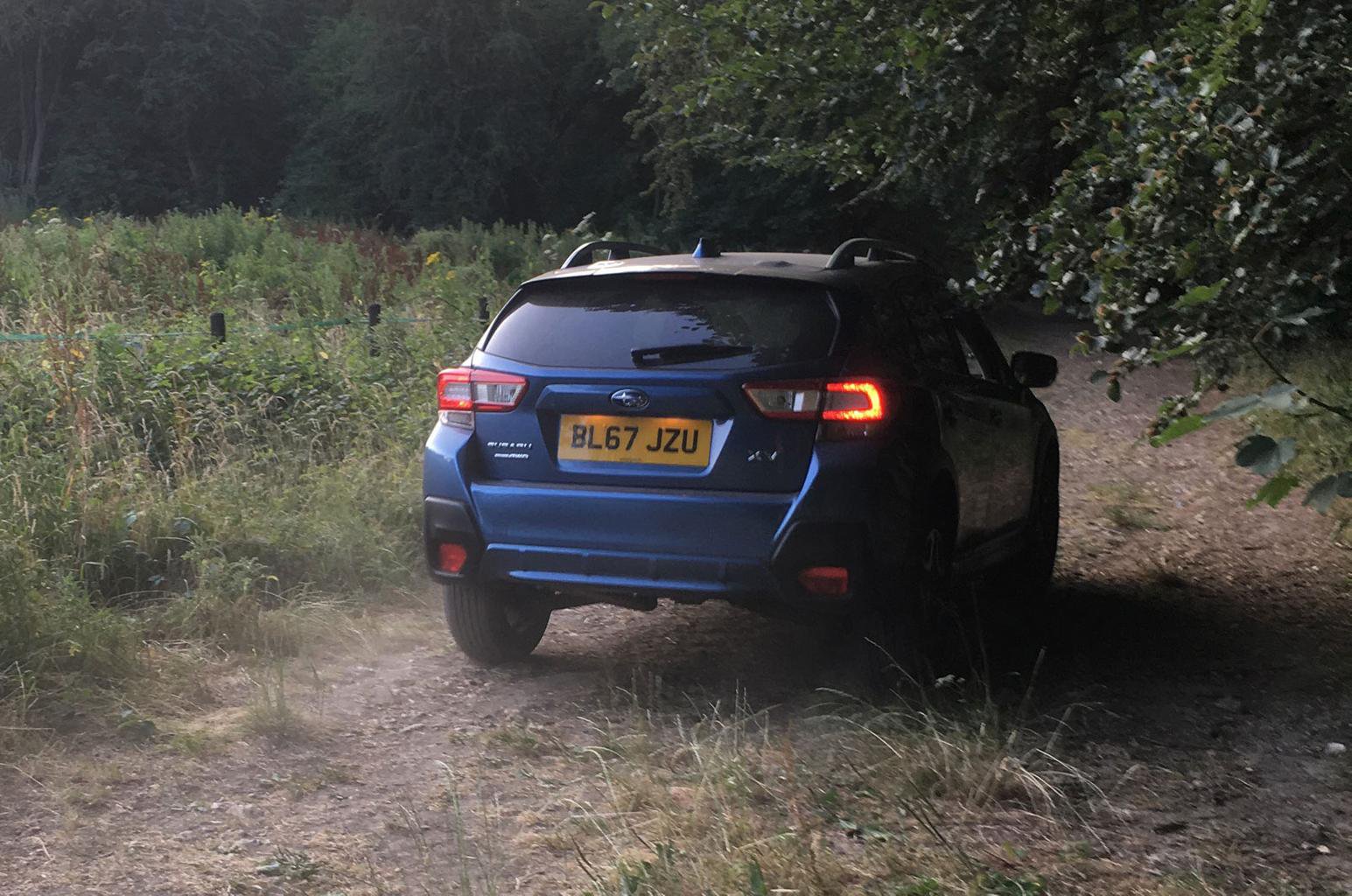 For more security going up steeper slopes, I selected X-Mode, the electronic drivetrain management and torque vectoring system that works on five different car systems to provide maximum tyre grip. It slows down the delivery of engine torque, keeps the transmission in a low gear, activates hill descent control (under 12mph) and enhances the performance of the all-wheel-drive and vehicle dynamics control systems.

I can also activate hill descent control separately via a switch on the centre console and, if the car gets bogged down in thick mud or snow, I can temporarily deactivate the Vehicle Dynamics Control system.

While the SAWD system makes the Subaru less refined and more thirsty for fuel on-road, it ensures it has impeccable ability in tough off-road conditions. Okay, so thanks to the recent hot weather, the conditions on the lanes weren’t that gruelling – more dust and overgrown weeds than mud and slush – but it was still great fun to drive through the beautiful countryside.

Overall fuel economy is creeping up too, I’m pleased to say, partly because I’m not crawling though traffic on the school run at the moment and the M25 has been too clogged up to get up to 70mph very often.

One of the XV’s systems I’m frequently grateful for is the Eyesight camera system because it stops me from accidentally running over my geriatric cat, who’s taken to having a wash on our drive as I’m reversing the car in. She’s fairly deaf so doesn’t hear the car and often has to be scooped up and moved so I can park.

More on our long-term Subaru XV >