One of the main advantages of electric cars is greatly reduced running costs, right? With the ban on petrol and diesel models being brought forward, we investigate if that's really the case... 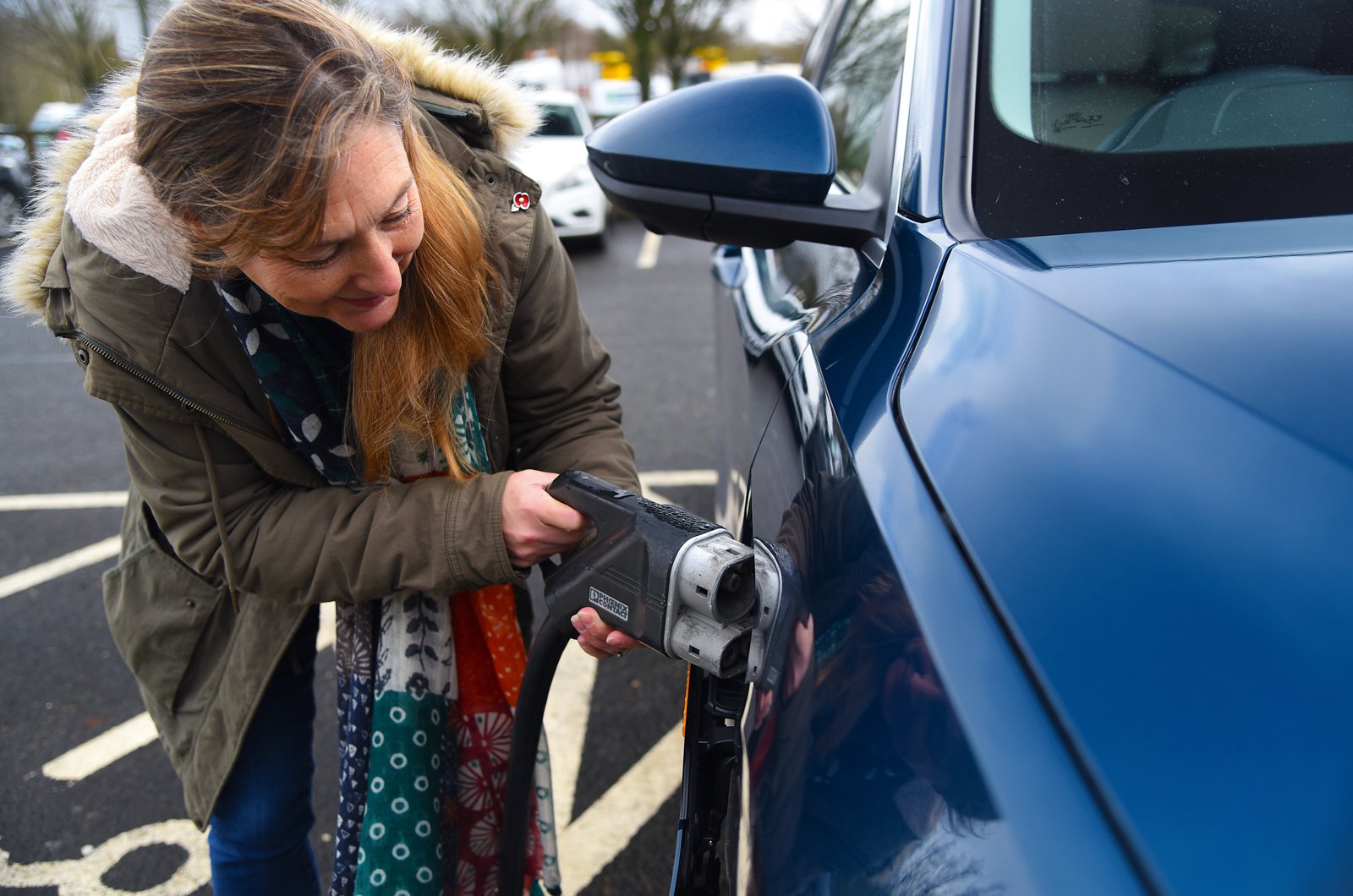 The recent announcement about a ban on petrol and diesel cars from 2030 means that all new cars sold from that date will have to either be electric models or hybrids. And the only option from 2035 will be pure electric vehicles (EVs), so there's likely to be a massive surge in uptake for these vehicles over the next few years.

Sales of fully electric vehicles (EVs) rose by 169% in the first 10 months of 2020, but they still accounted for just 1.4% of the total market. If you add in all types of hybrid (except mild hybrids), you're looking at 7% of new cars sold during that period.

On the other hand, by 2026 one in five new cars sold will be electrified, Bloomberg predicts. And one of the ways the Government is trying to encourage this is by providing local councils with grants to help them improve the EV infrastructure by installing public charging points. As a result, the UK’s public EV charging infrastructure is really ramping up. 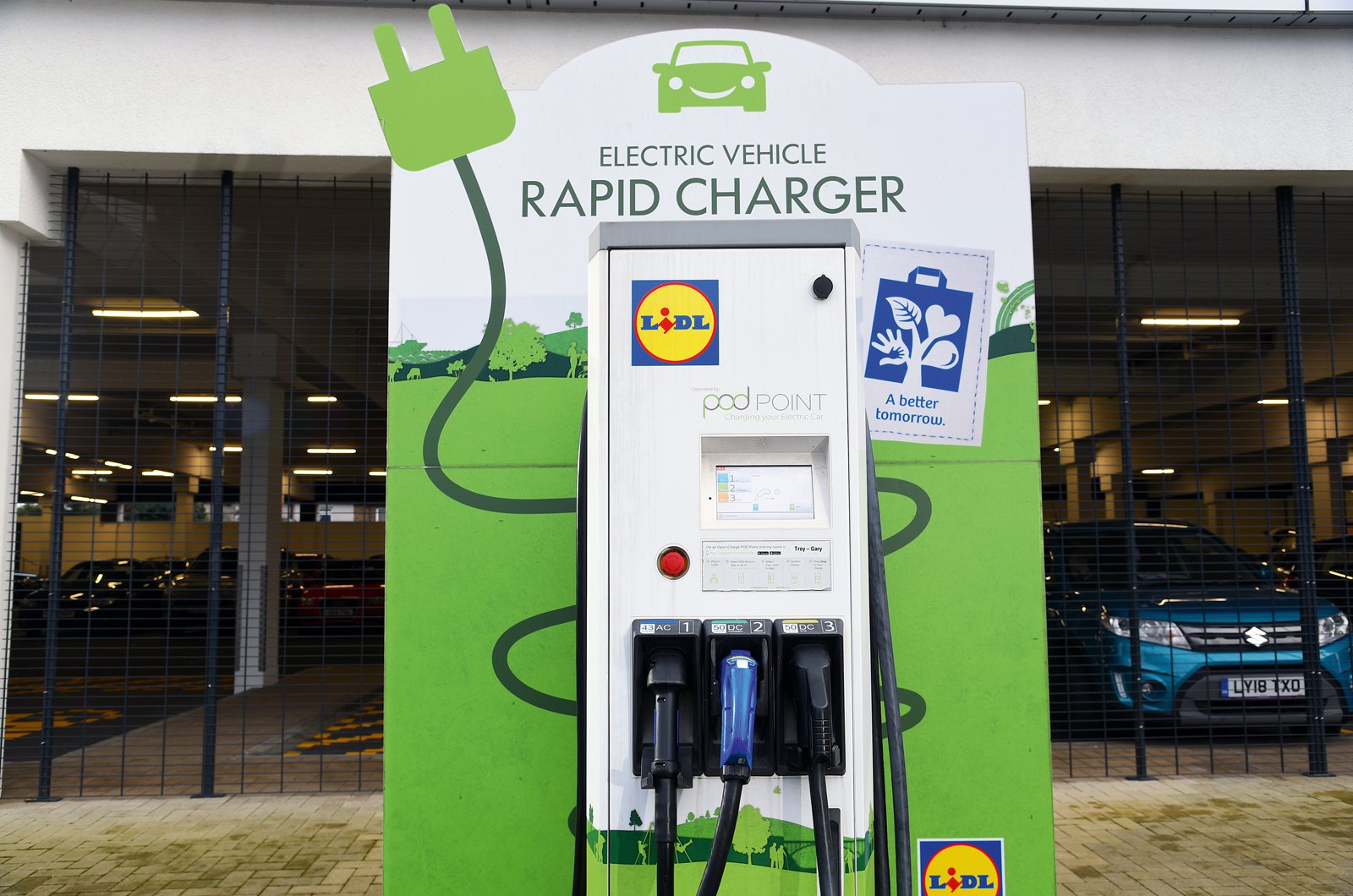 There are now more than 20,000 charging points around the UK, according to Zap Map, meaning charging sites exceed the number of petrol stations: 8394. However, it's worth noting that the comparison isn't a direct representation of how many vehicles can be filled or charged at any one time, because while most fuel stations house at least four pumps, some of the EV charging sites contain only a single charger.

More than 80% of EV charging is actually done by owners at home, because it’s more convenient and affordable. If you can take advantage of a cheap night-time energy tariff, you should pay only around seven pence per kilowatt hour (kWh) for the electricity. Recharging an EV with a modest-sized battery, such as a Hyundai Ioniq Electric, from 10-80% at home can therefore cost as little as £1.88, while the same top-up for an Audi E-tron, which has a much bigger battery, still costs just £4.66. 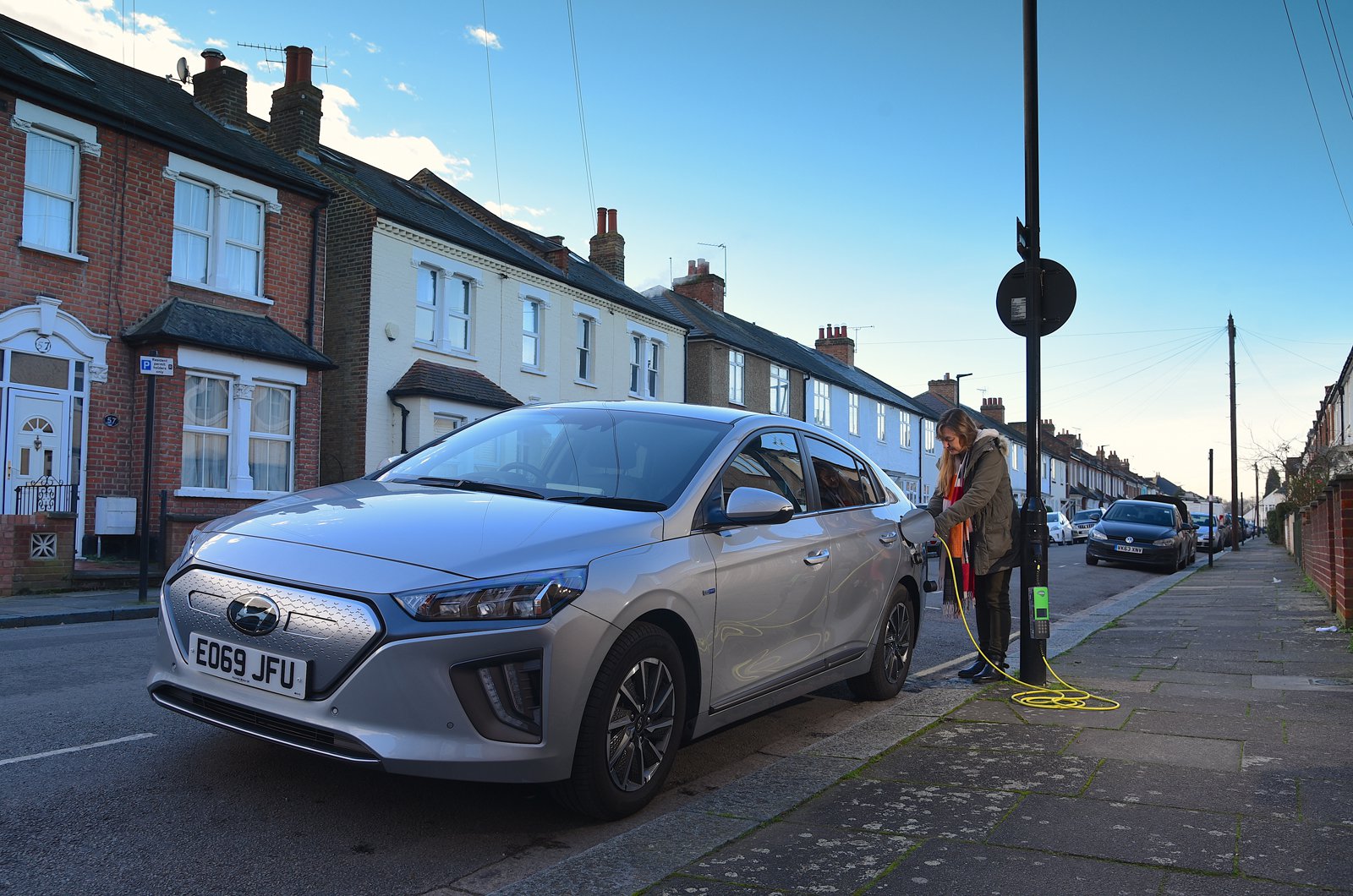 However, around 40% of the UK’s 25 million households don’t have a driveway or other off-street space in which to charge an EV, so they’ll have to resort to other solutions. If you can’t charge your car at work, you’ll need to use public chargers. Although there are still a lot of slow (3kW) public chargers that are free to use, you’ll have to pay if you want a quick energy fix. And this is where the costs can rack up if you don’t research the various networks in advance. Use an Ionity high-power charging unit to get an ultra-rapid 10-80% charge for an E-tron (which can accept a rate of up to 150kW) and it will cost an eye-watering £45.89.

That’s almost 10 times as expensive as home charging. In fact, using the Ionity charger takes away one of the big advantages of EVs: that they’re usually cheaper to run than their conventionally powered counterparts. Based on What Car?’s True MPG fuel economy figures, a diesel Audi Q7 50 TDI averages 27.2mpg, and that means it costs 22 pence per mile to drive. When exclusively using Ionity chargers, the similar-sized E-tron costs 34 pence per mile.

Why is Ionity so expensive? Until recently, this network charged a flat rate of just £8 per charge, no matter how much electricity your car took, but it changed to a kWh-based fee at the end of January ahead of ambitious expansion plans. At present, it’s the only ultra-rapid charging network in the UK, though. 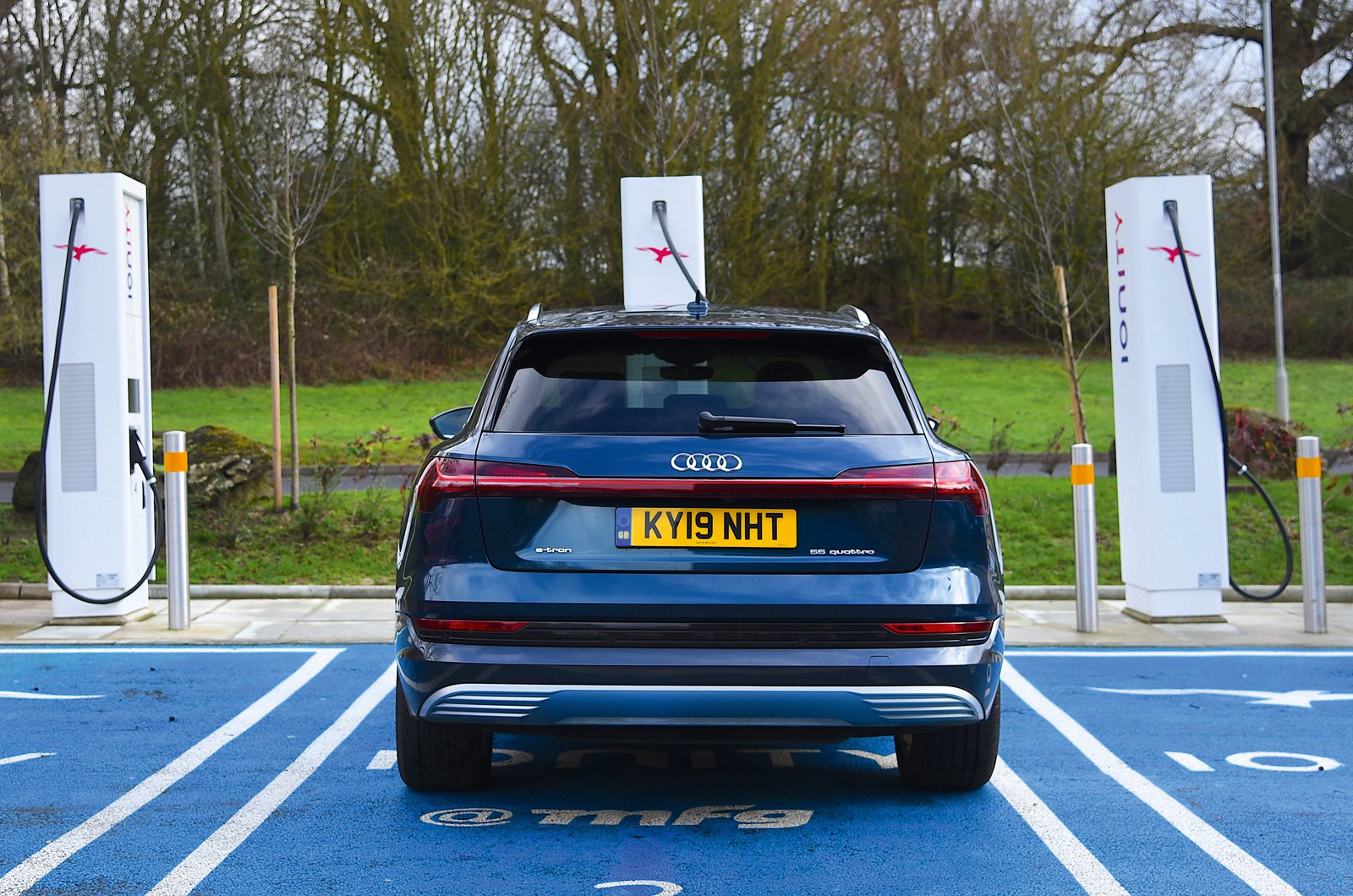 Although 43kW and 50kW ‘rapid’ chargers aren’t as fast, some other networks levy a big premium for these, too. The same E-tron charge at a Polar rapid charger costs £26.60, based on a price of 40p per kWh. Ecotricity and Shell Recharge’s rapid chargers cost 39p per kWh, so these aren’t much cheaper, at £25.94. However, customers who also have a home energy account with Ecotricity pay less than half of this amount, because they get a cheaper rate.

Without this discount, every public charger capable of 43kW or more is more expensive than Tesla’s Superchargers, which demand a fee of around 24p per kWh for a 120kW charge.

Although the overall cost of charging an electric car with a smaller battery is lower, it’s still up to five times more costly than night-time home charging. Indeed, a 10-80% charge for an Ioniq Electric costs £10.46 at an Ecotricity or Shell Recharge station. 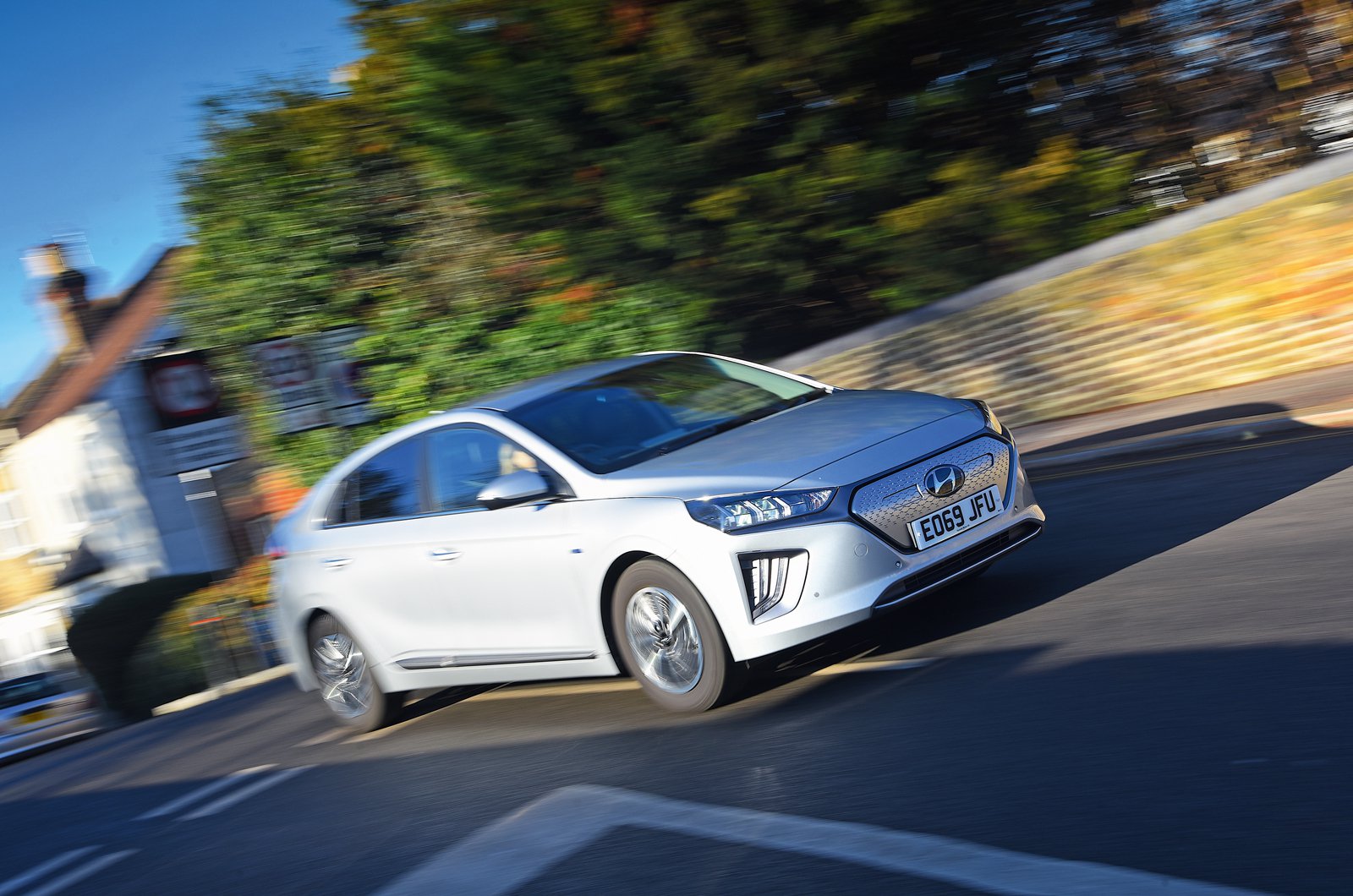 Some providers keep down the cost of rapid charging, though, so it’s worth seeking these out. Rates vary at Charge Your Car points, but we found a 43kWh unit with a 25p per minute fee, which meant our Ioniq Electric top-up cost just £5.59. The company charges a £20 fee if you want an access card, but the chargers can be accessed without this via a smartphone app.

Slower chargers are generally cheaper, and regular users can benefit from a lower cost per kWh if they sign up to a scheme that charges a monthly fee. The Full plan from Source London costs £4 per month and 4p per kWh thereafter, equating to just 97p for a 10-80% top-up in the Ioniq’s case. 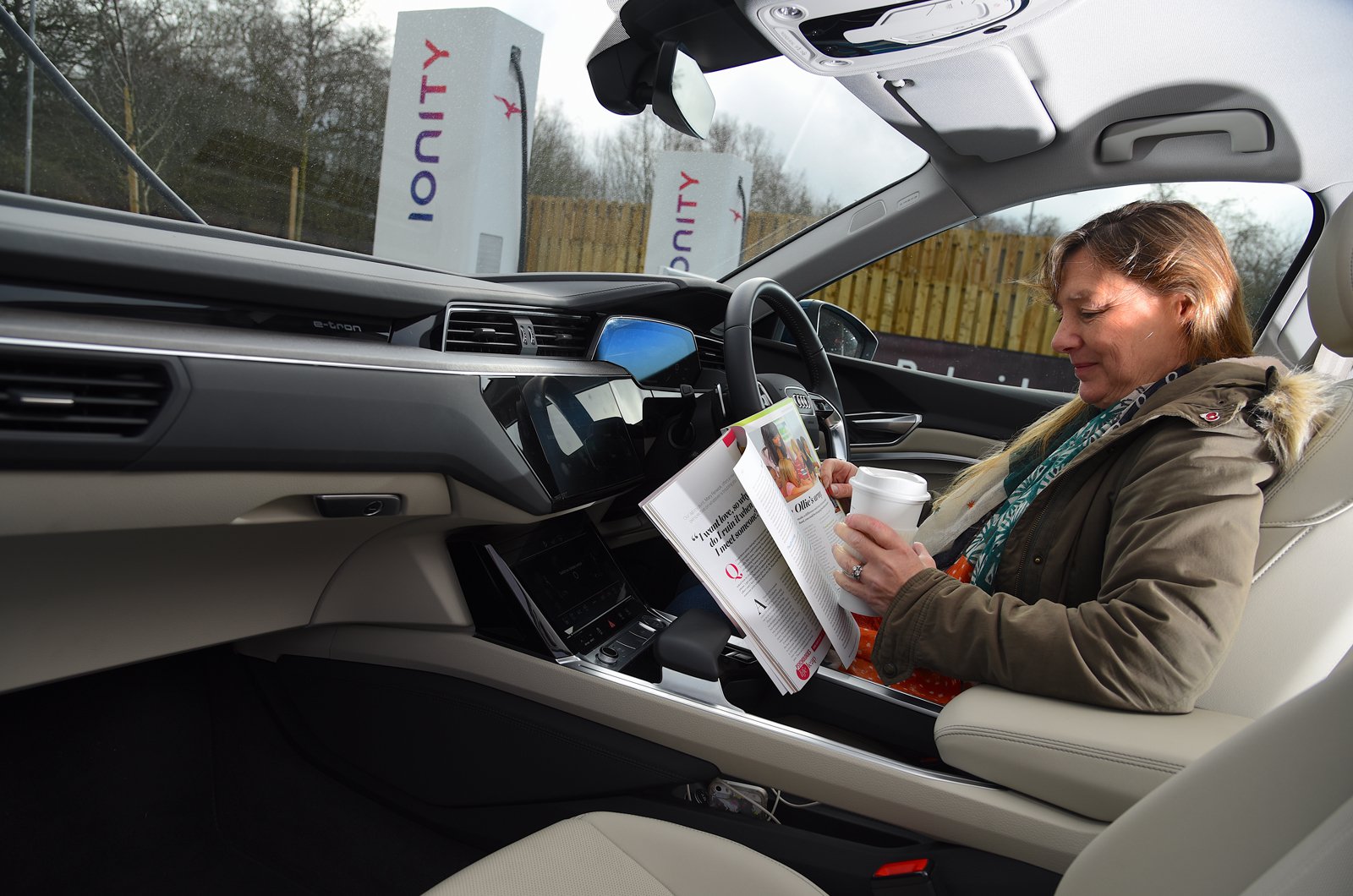 You might have to pay for parking while you charge your car on the street, so it’s worth checking out the cost of this up front, too.

Car park fees can significantly increase the cost of charging. Some charger-equipped car parks in central London cost up to £9 per hour yet don’t offer EV drivers any discount, while many hotels and restaurants state that only paying customers can use the chargers in their car parks.

Another thing to watch out for is overstay fees. These have been introduced by providers to solve the problem of people leaving their EV in a charging bay after its charging session has finished. We found a Genie Point charger in south-east London with a £10 overstay fee after 65 minutes, while the Tesla Supercharger at the Bluewater shopping centre in Kent has an idle fee of 35p per minute if a car is left there once it has been charged to 100%, doubling to 70p per minute if all the charging points are taken.