The Alfa Romeo Giulia has plenty of style and an exotic badge, but is that enough to make it worthy of a used purchase?...

Needs to Add a dash of Italian charisma to the daily grind, as well as cope admirably with all that an executive car should do

19th March - Strangers in the night

My Alfa Romeo Giulia’s interior attracts almost as many positive comments as its sleek exterior. It is indeed wonderfully glam, thanks mostly to those opulent red leather sports seats and the associated trimmings. True, it may not have the feeling of quality that one or two of its German rivals can boast, but it’s still a very pleasant place in which to spend time. 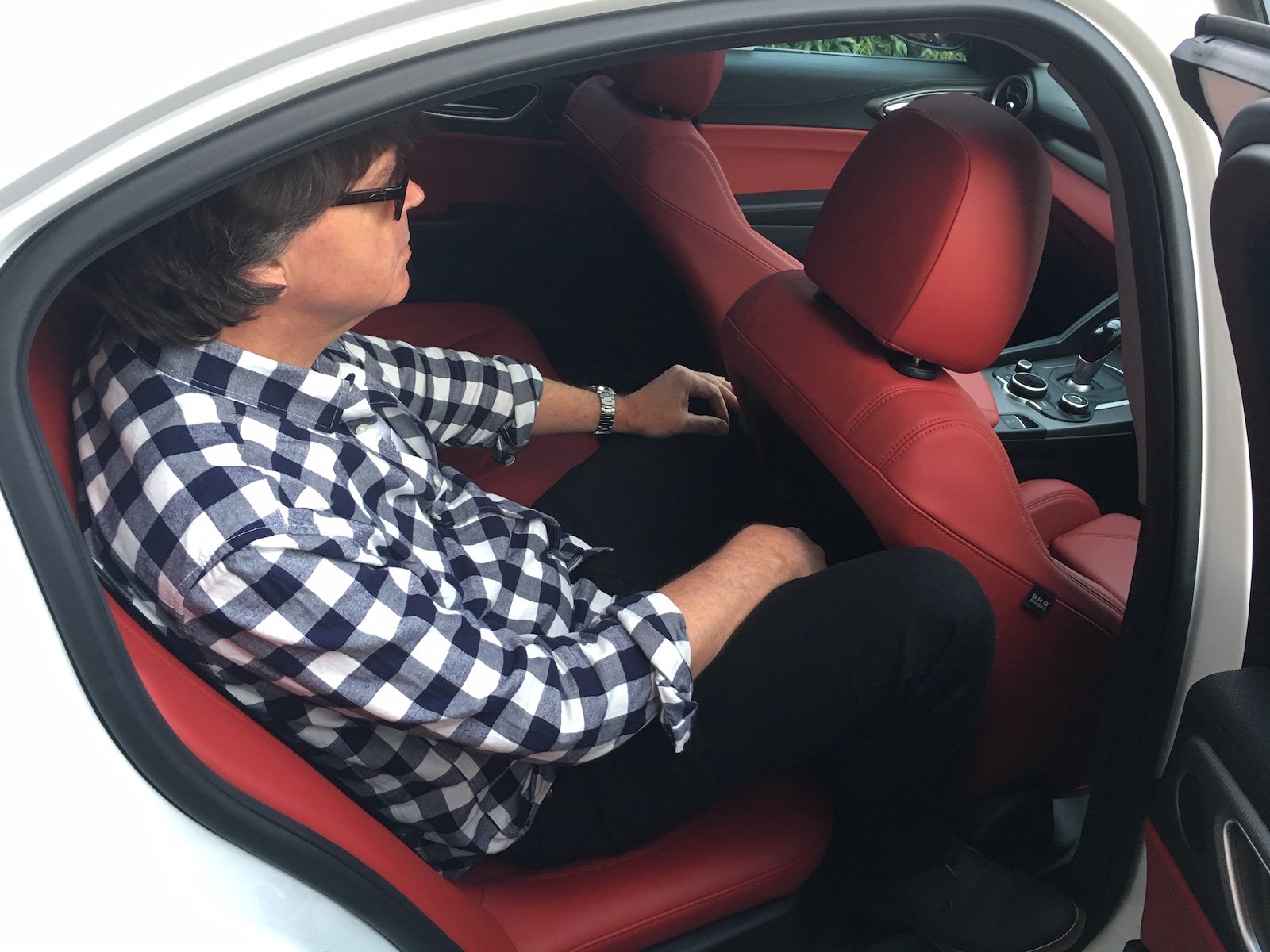 Alas, it’s not quite as roomy an interior as I’d hoped, though. My usual test of sitting in the back when the driver’s seat has been set right for me reveals that a six-footer behind a six-footer won’t go, at least not in comfort. In fairness, the same problem afflicts the Jaguar XE and one or two other executive cars too, so the Giulia’s not alone here. Smaller folk are happy, at least – presumably overwhelmed by the luxury of those red leather seats – and as long as you aren’t permanently transporting a team of rugby prop forwards around, I think you should be okay.

And, of course, this wouldn’t be a proper Alfa if there weren’t a few niggles. For example, the start/stop button on the steering wheel seems to get stuck occasionally; it sometimes requires a second or even third push to turn it off or on. Being old and incompetent I have even got out of the car while the engine is still running before now. 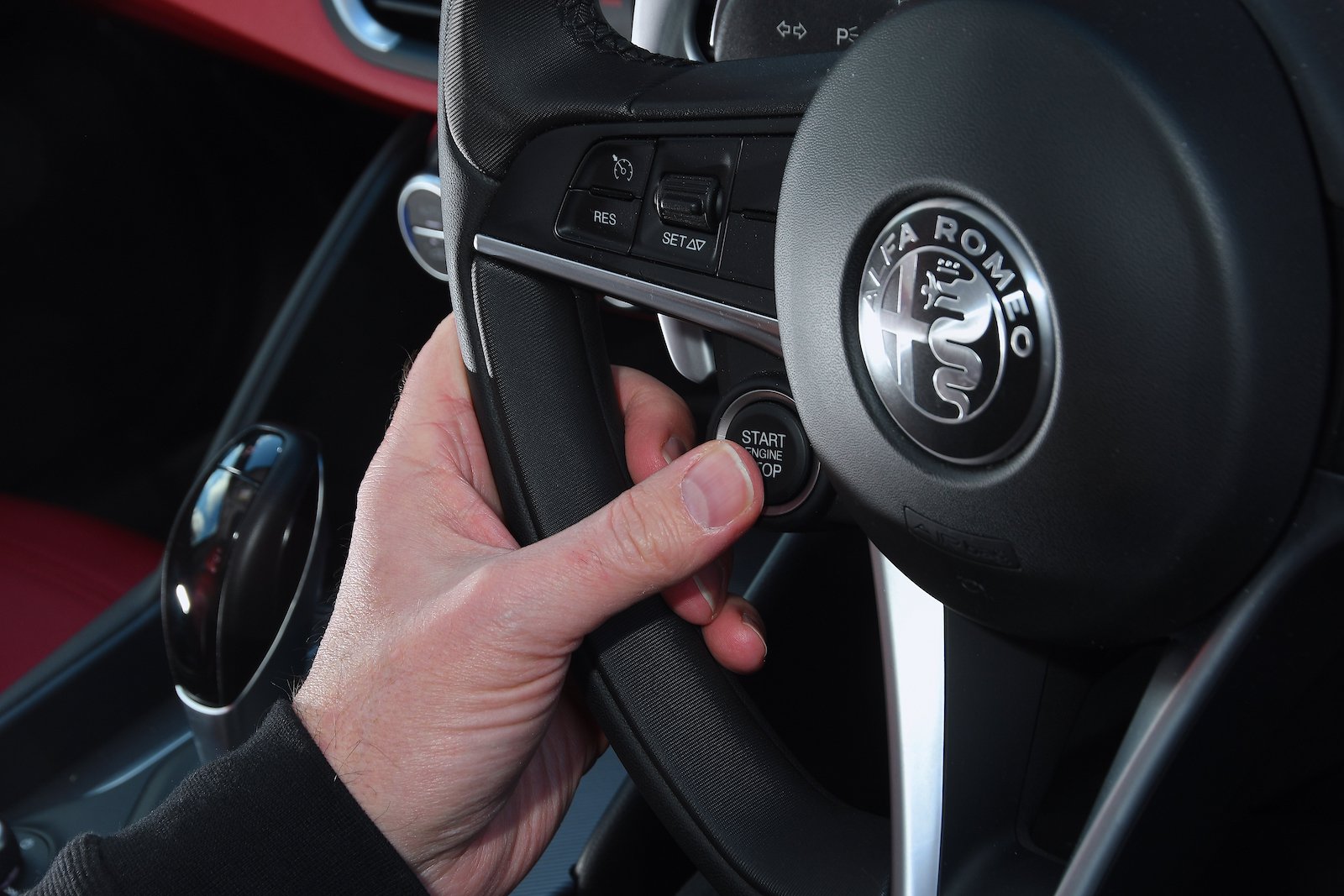 On top of that, the radio seems to lose its signal on DAB more often than I can recall the same happening in other cars, interrupting Johnny Vaughan mid-flow or Fritz Kreisler mid-cadenza.  It seems to be particularly bad on Virgin, but that could be due to a weaker signal generally, I guess. Oh, and then there’s the extremely loud alarm that sounds every time you lock and unlock the car; this is fine if you regularly return home in the early hours and don’t like your neighbours, but is a feature that must rule the Giulia out as a car for covert surveillance operations.

Alas, the alarm itself has even gone off a couple of times in the middle of the night, and then silenced itself before I could get to the key. The message on the instrument panel tells me that it’s been the subject of an intruder alert, but I can find no evidence of that being the case. Both incidents occurred during the recent round of storms to hit the UK, so it could have been a particularly violent squall that set it off, or maybe it was just an overexcited fox. Either way, it's not ideal.