Alfas have always looked great, but the Giulia backs that up with razor-sharp handling.

Our 2019 Executive Car of the Year is brilliant to drive and a thoroughly good all-rounder.

Essentially a new saloon version of the V60 estate that was launched last year.

Talk about a turnaround. In the space of just five years, Volvo has gone from building unremarkable also-rans to the form of its life, making cars that can mix it with and sometimes even beat the very best from the premium-badged competition. The XC40 family SUV, our 2018 Car of the Year, is a case in point.

So, there’s plenty of reason to be optimistic about the latest model from the Swedish brand, the new Volvo S60, which is, in essence, a saloon version of the V60 estate that was launched last year. In a bold but potentially wise move in the long term, Volvo isn’t offering any diesel engines, and right now the only option is a brawny 247bhp 2.0-litre petrol.

That puts the S60 right in the firing line of the 330i version of the BMW 3 Series, our current favourite executive saloon. Given that we’re testing relatively powerful engines here, it made sense to also include one of the sportiest cars in the class, the Alfa Romeo Giulia. 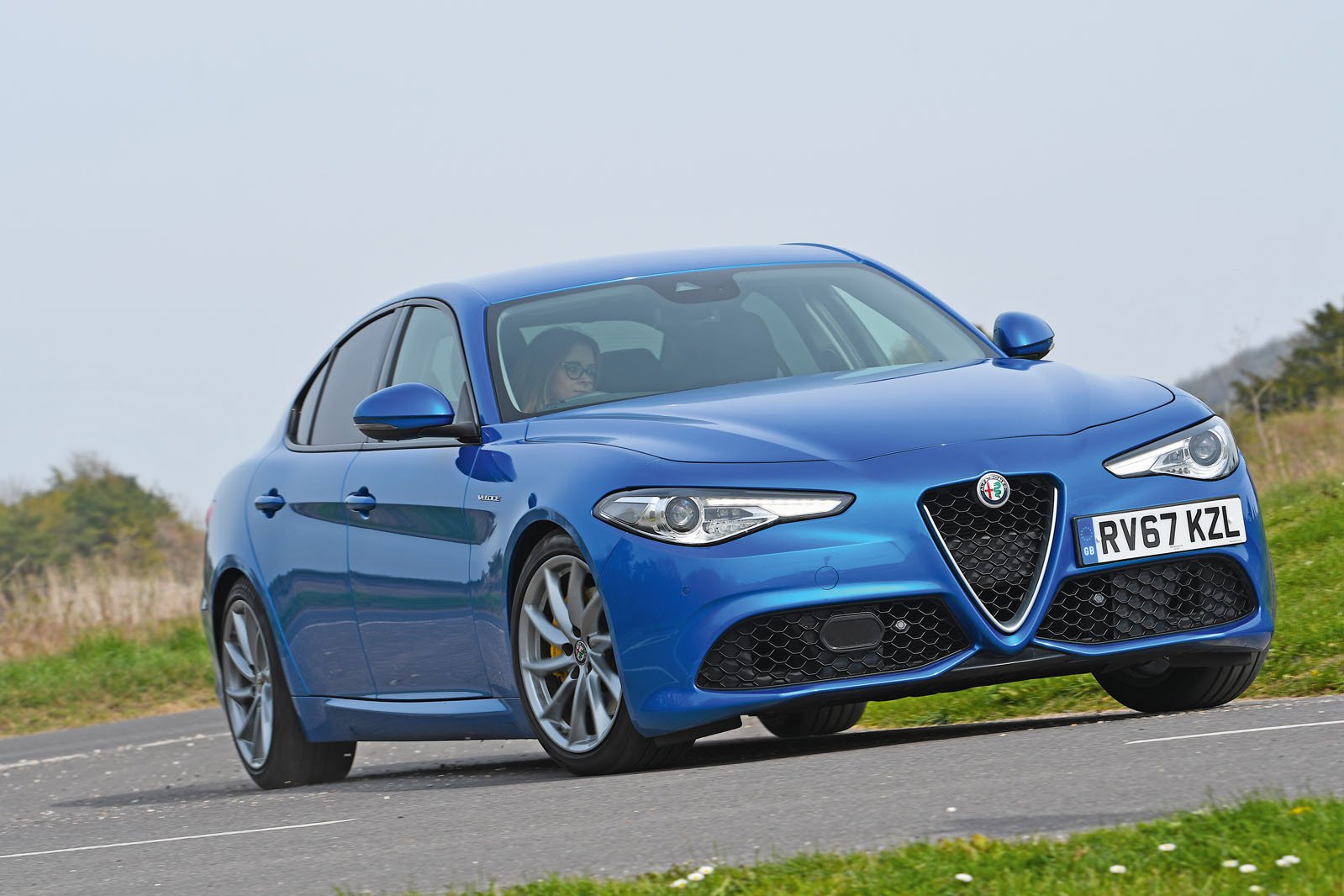 Although all three cars have 2.0-litre turbocharged petrol engines under their bonnets, there are some big differences when it comes to performance. By any measure, the Giulia accelerates the quickest, hitting 60mph from a standstill faster even than a 316bhp Honda Civic Type R hot hatch can manage.

However, the 3 Series isn’t far behind, despite having a 22bhp power deficit. The S60 takes much longer to accelerate up to speed –partly because it has the least powerful engine, but also because it’s the only car here driven by its front wheels, so it can’t transfer its power to the road as effectively as its rear-wheel-drive rivals.

Still, the S60 is far from sluggish (0-60mph takes a respectable 6.9sec) and it has the smoothest, quietest engine. Mind you, the fact that the 3 Series and Giulia sound a bit meatier and more raucous when you put your foot down might appeal if you’re hoping for something sporty.

As for 70mph cruising refinement, there’s little to split our trio; the Giulia is the quietest by a fraction but is actually the worst for wind noise, while the S60 generates the most tyre roar.

Without question, the 3 Series has the best automatic gearbox. It responds quickest when you ask for a sudden burst of acceleration and seems to have an uncanny knack of always been in the right gear for the situation at hand. Changes are always more abrupt in the Giulia, but the aggressiveness of the shifts works in its favour when you’re in the mood and want to take control using the paddle shifters behind the steering wheel. 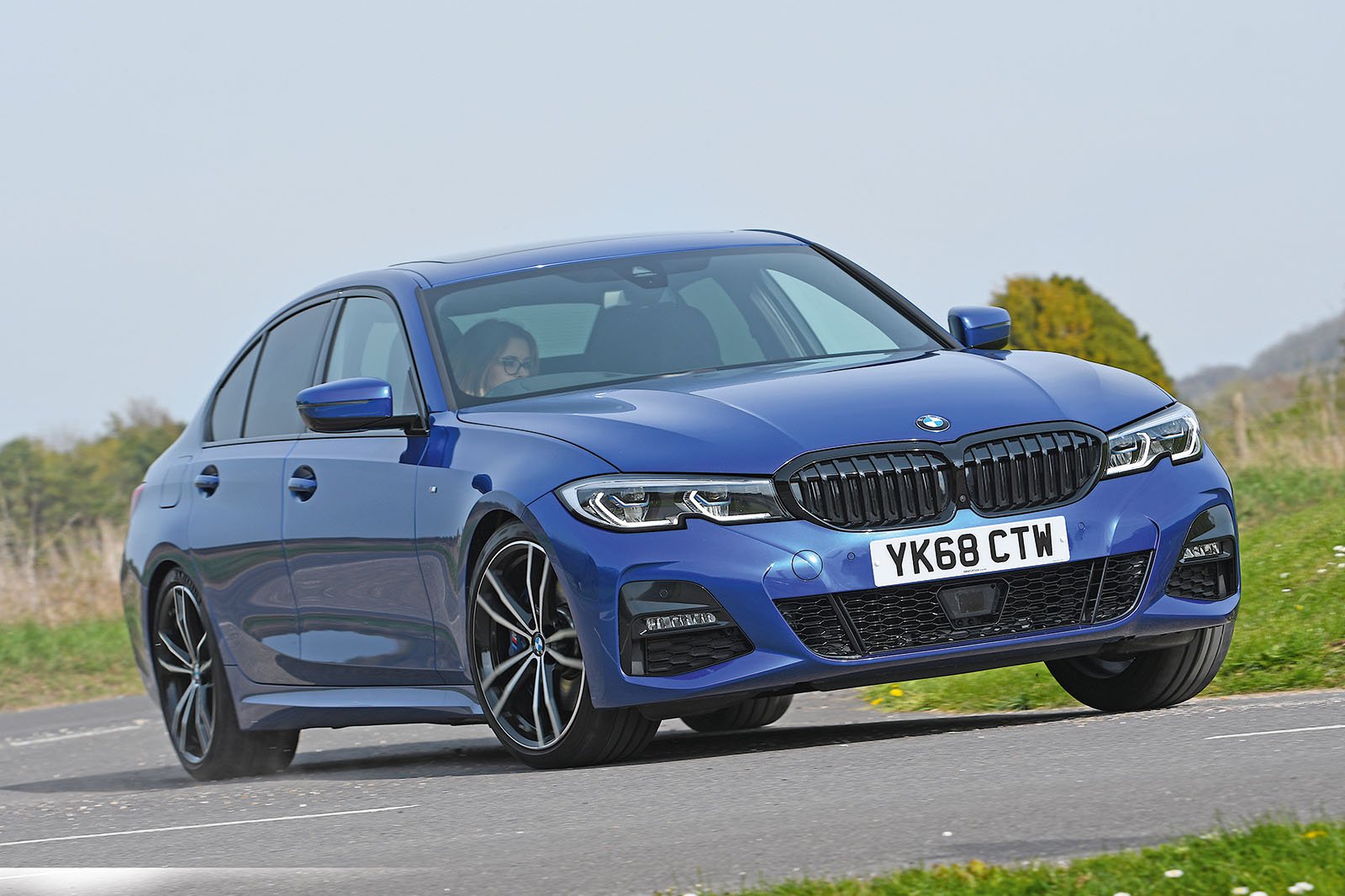 Meanwhile, the S60’s ’box is altogether more lethargic and often takes a second or so to respond when you push the accelerator pedal, a trait that can be frustrating at roundabouts. It slurs between gears smoothly the rest of the time, though.

The most disappointing thing about the S60 is its uncomfortable ride. All R Design models come with sports suspension as standard, and this Edition variant pairs that with 19in wheels for a setup that’s decidedly firm at all speeds. The 3 Series is also overly firm if you stick with standard M Sport suspension, but the optional adaptive dampers (£2200 as part of the M Sport Plus Package fitted to our test car) make bumps more bearable around town and actually deliver a really smooth, composed ride at motorway speeds. That’s despite the same package also bringing 19in wheels instead of the 18s that are standard.

Meanwhile, the Giulia, when fitted with adaptive dampers (part of the £1950 Performance Pack) and standard 18in wheels, is the most forgiving of the trio around town and just as comfortable as the 3 Series on the motorway – although it’s worth noting that if ride comfort is a priority, the Audi A4 is still the crème de la crème in the wider executive car class. 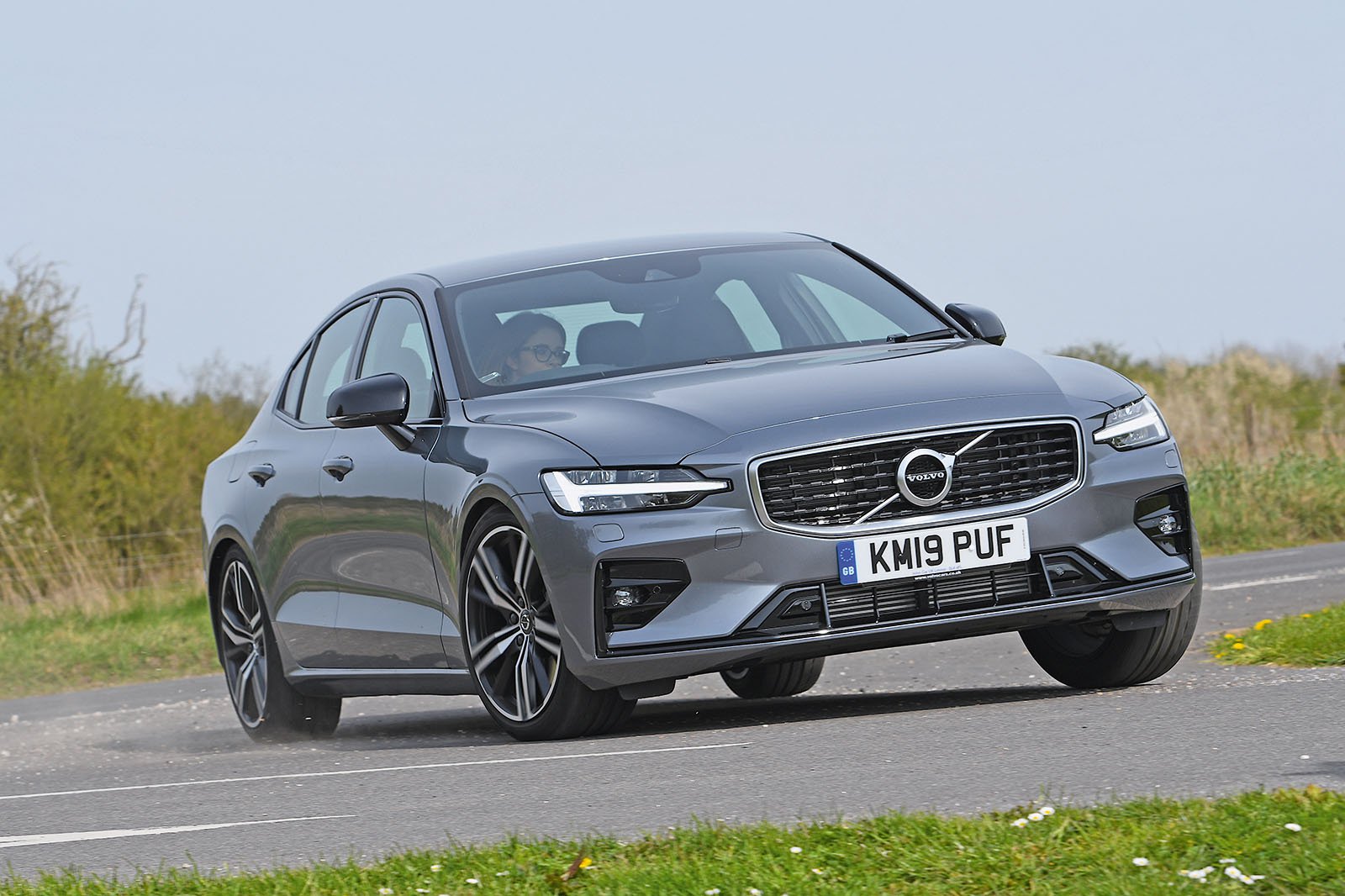 The Giulia’s hyperactive steering takes a while to get used to; it’s more like what you’d expect in a hardcore sports car than an executive saloon. It’s also quite light, which won’t appeal to everyone. But once you’ve got used to it, you can place the car along winding roads with laser precision and really enjoy the Giulia’s responsive, agile handling.

Mind you, the 3 Series is also jolly good fun and actually grips harder than the Giulia through corners. Its steering is slower and heavier; which is better is largely down to preference, although the 3 Series’ is definitely more appropriate for motorway use.

The S60’s lumpy ride would be easier to accept if it were as much fun to drive as its rivals, but it actually leans the most through tight twists and turns, is the least willing to change direction and has comparatively numb and lifeless steering. It’s far from awful, but against such fine-handling rivals, it’s completely outclassed.