The Audi TT will soon be no more, so is now the time for early examples to become revered modern classics? Let's find out...

“I remember standing in front of that car at the Frankfurt motor show as the covers were pulled off of it and I thought to myself, that’s something special.”

I’m on the phone with our senior photographer John Bradshaw and I’ve casually dropped into the conversation that I’ve got an Audi TT on my driveway when he recalls this anecdote. John’s been working for What Car? since the early '90s and has snapped more cars than he cares to remember, so it’s a testament to how right the original TT looked and the impact it had that it can bring forth such a strong recollection. 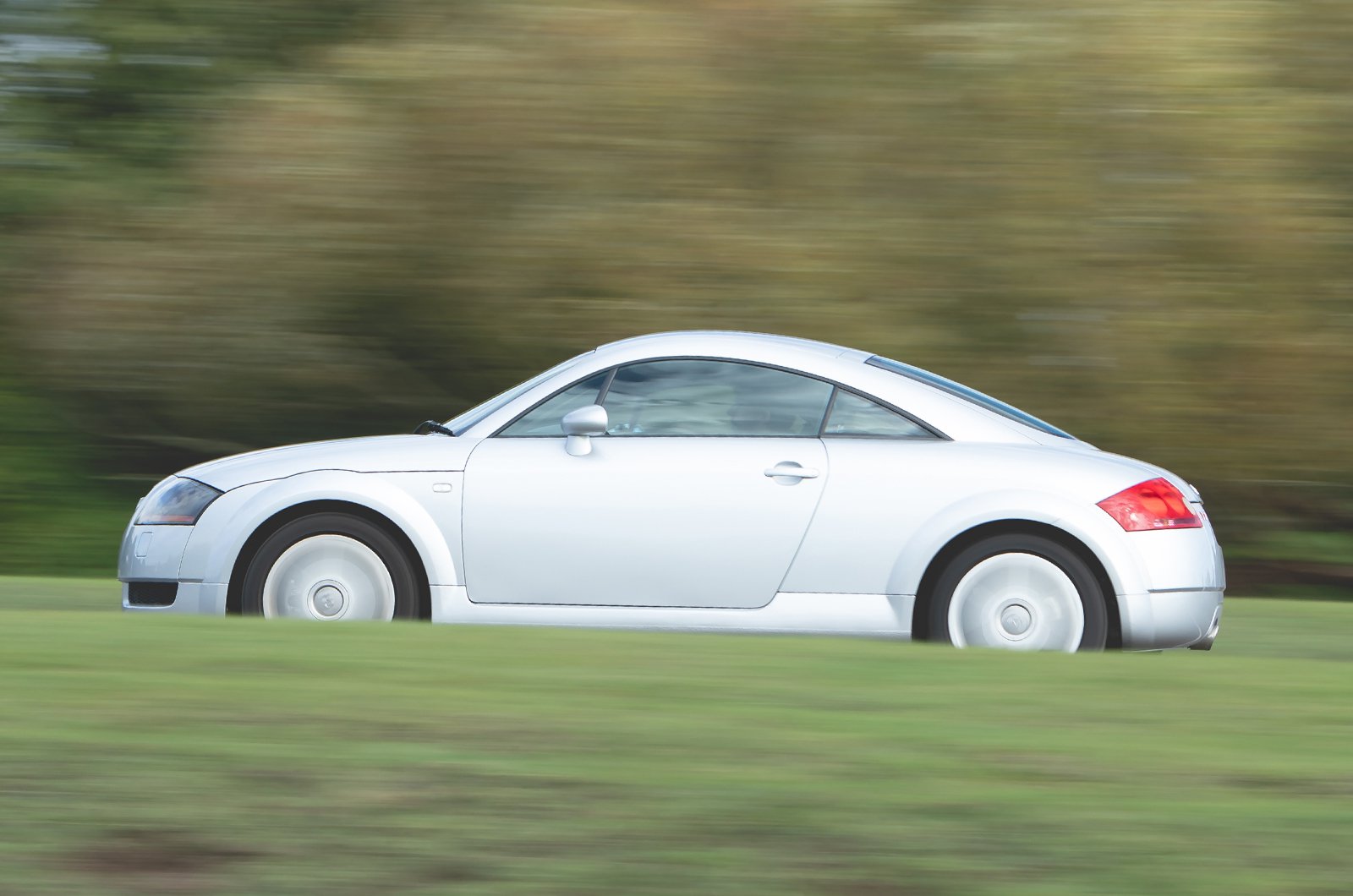 Sadly, I was only four when the original TT concept was unveiled in 1995, so I was far from old enough to drive it when it reached production. I do remember admiring it at the time, but that’s not the same as being able to experience it for myself. And, with the TT now more than 20 years old and some suggesting it’s a classic, now seems the right time to rectify this.

The first-generation TT arrived for eager UK customers in 1999 and was replaced in 2006. High-mileage 1.8-litre TTs can be found for less than £1000, but tidy examples with fewer miles on the clock are more like £2k – with or without four-wheel drive. A presentable V6 is around £3500, with really pukka ones closer to £5000. The most desirable TT is the Quattro Sport; this generally commands more than £10,000 for really nice versions. That hefty price is due largely to it being produced in a limited run of a few hundred cars.

My TT is actually rarer, though, because of something it doesn't possess: a rear spoiler. Audi had to perform a recall just after the car went into production due to reports that the rear of the car could easily step out of line, and in some situations, unprepared drivers could lose control of the car. 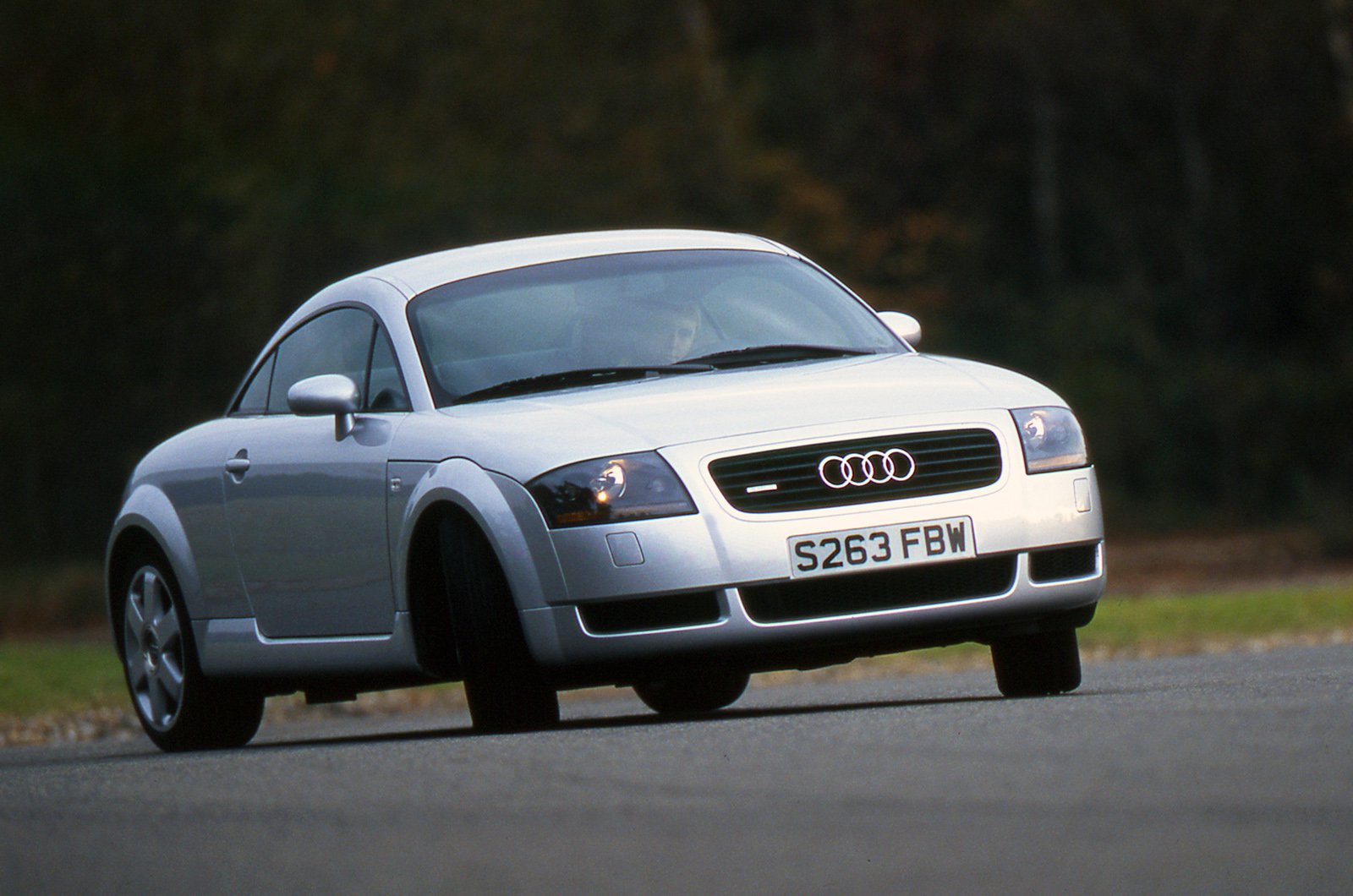 Audi, not wishing to get a bad early reputation for its new baby, halted production and retrofitted all existing cars with an electronic stability program, along with some modifications to the rear suspension. For good measure, it fitted a rear spoiler to increase stability at speed to all subsequent TTs. Sadly, this appendage does somewhat spoil the clean lines of the original design, but that makes examples that managed to circumvent the recall, such as mine, pretty extraordinary, and potentially, more revered.

But enough about the looks, because cars are meant to be used, and this is where the TT scores big points. Unlike many of its less practical coupé contemporaries, it has a handy hatchback and folding rear seats. Indeed, it will be far more practical than the MX-5 it replaces, which could only just about manage the weekly shop. Indeed, this car feels far more spacious inside than the latest TT, no doubt due to thinner door trim, and a dashboard and centre console that take up less room. 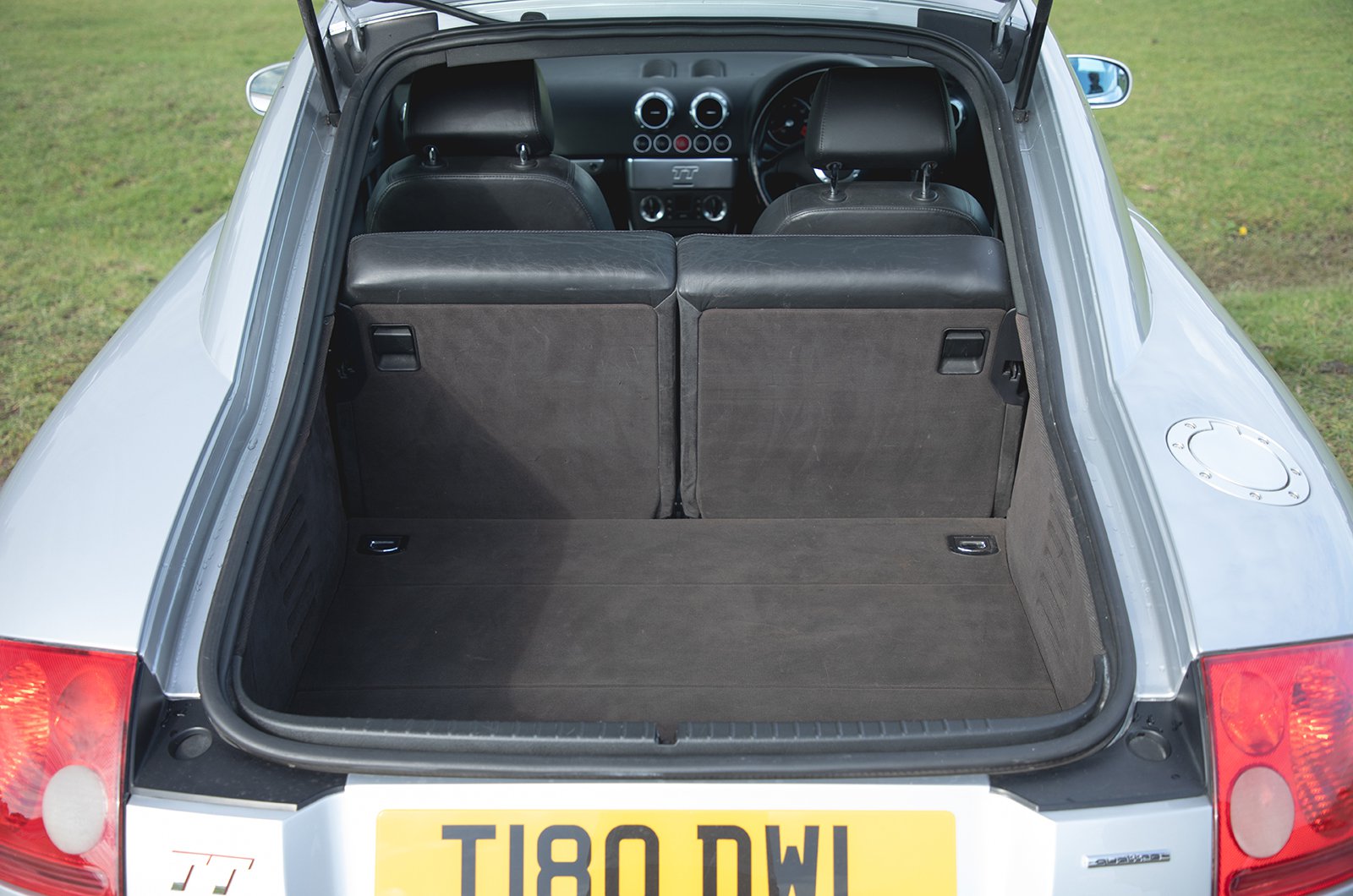 Performance is pretty good, too. Okay, 225bhp doesn’t seem like a lot today, but once the turbo spools up, you get a decent hit of power for swift overtaking. I will have to get used to low-30s fuel economy, though – this is one compromise you face when driving an older car with a less efficient engine.

I’ll also have to get used to local radio because this thing’s got a tape player – the biggest betrayer of its age. Like most people, I’ve thrown away all the cassettes I owned in the past as part of various moves, thinking they were outdated technology. How little did I know I’d need them again in 2020.

Still, that’s not so much of a hardship in the grand scheme of things. The bigger question is whether or not the TT is indeed as special as our John thought it was back in the day, and therefore worthy of the classic status that some are trying to thrust upon it.