The original Audi TT was a concept car made real, and a winner of numerous What Car? awards. But how did it come about and does it still stack up today?... 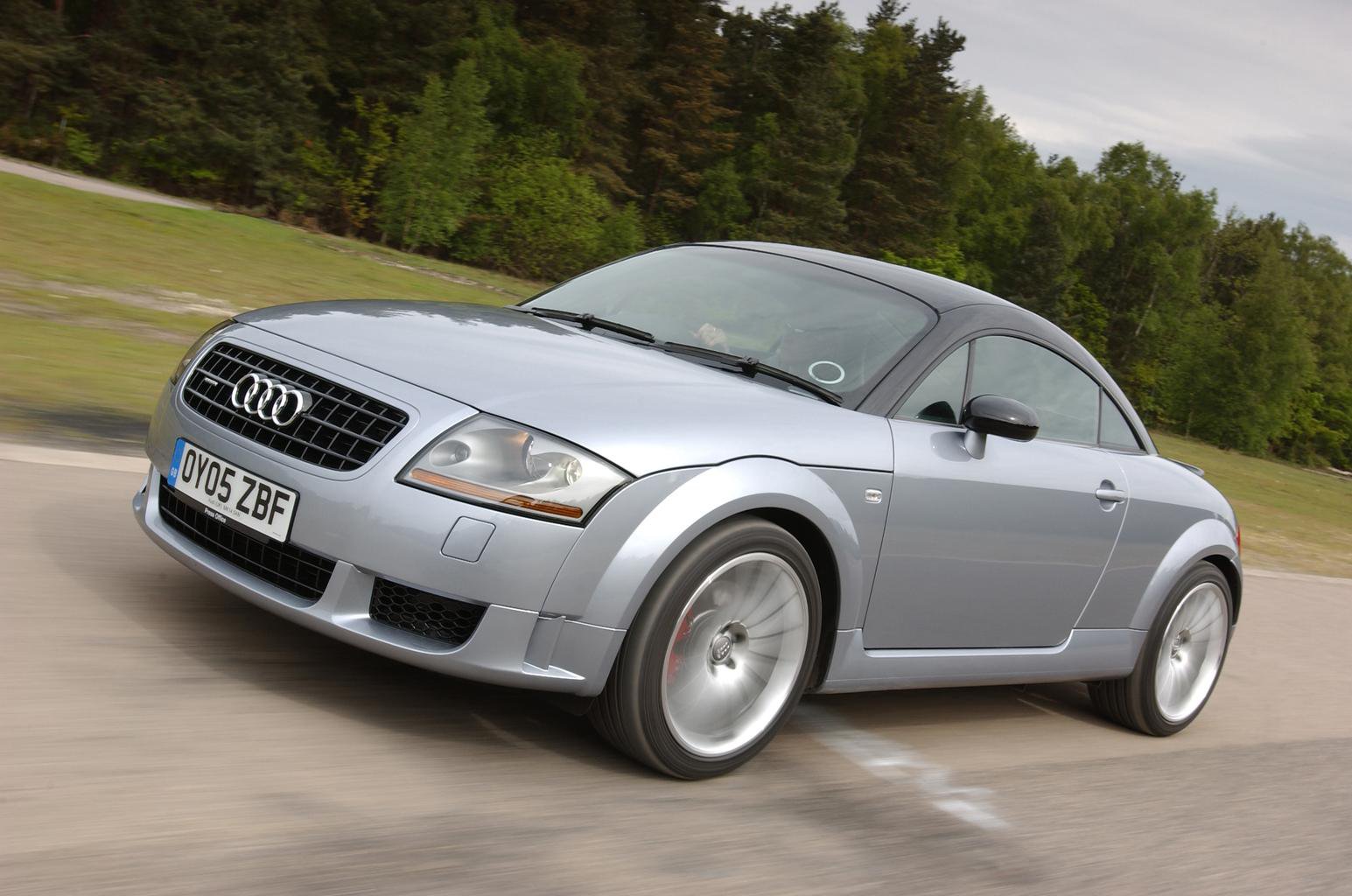 Imagine seeing a concept car brought to life: out in the wild, away from the motor show lights, moving under its own power; mingling with the everyday saloon cars and hatchbacks you usually see bimbling down the high street.

That’s what it was like seeing an Audi TT on the road for the first time. No car had ever made it from motor show concept to the driveway outside your house quite so untouched before, so it caused a storm of interest and cemented its place in popular culture as a result. But the TT wasn’t just a piece of art in motion. As shown by its success in our awards, it was also a thoroughly excellent car in its own right.

The TT’s story begins in early 1994, when Audi’s designers started work on a project to replace the imaginatively titled Coupé – whose predecessor had spawned the world-famous Quattro. They decided they wanted to produce a car that would cement Audi’s growing reputation as a premium car maker; something that would put the company on the map and make it synonymous with style and quality. 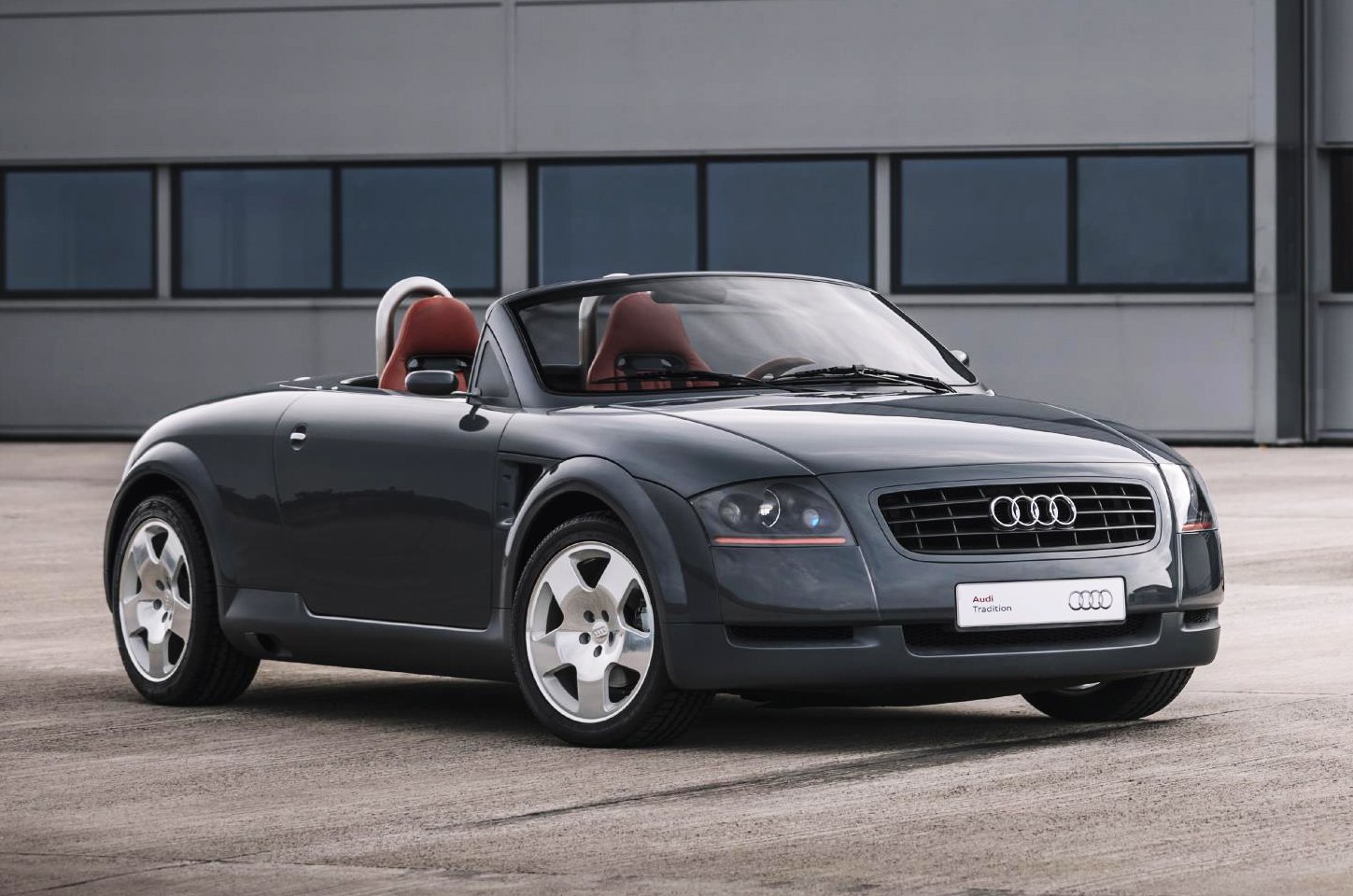 The TT Concept (above) made its debut at the Frankfurt motor show in 1995 and wowed the world. Such was its popularity that Audi decided to take the car to production almost entirely unchanged, adding only a pair of rear windows to the coupé version and a smattering of other detail changes. Three years later, the production car was ready for the road – or so it was thought.

Suffice to say, the production TT’s start in life was not a smooth one. It was greeted with a lukewarm reception by the media when they discovered its handling failed to match up to the promise of its looks. And things soon went from bad to worse, as a series of high-speed crashes blamed on unpredictable on-the-limit handling resulted in five deaths, with Audi having to issue a recall in order to make changes to the suspension and add a rear spoiler and the option of traction control to increase stability.

Fortunately, the changes had a big effect on the car, tightening up the handling and turning it into, if not a Lotus Elise beater, then certainly a pleasing thing to drive, with direct steering and a surfeit of grip lending it a sure-footed, unflustered nature. 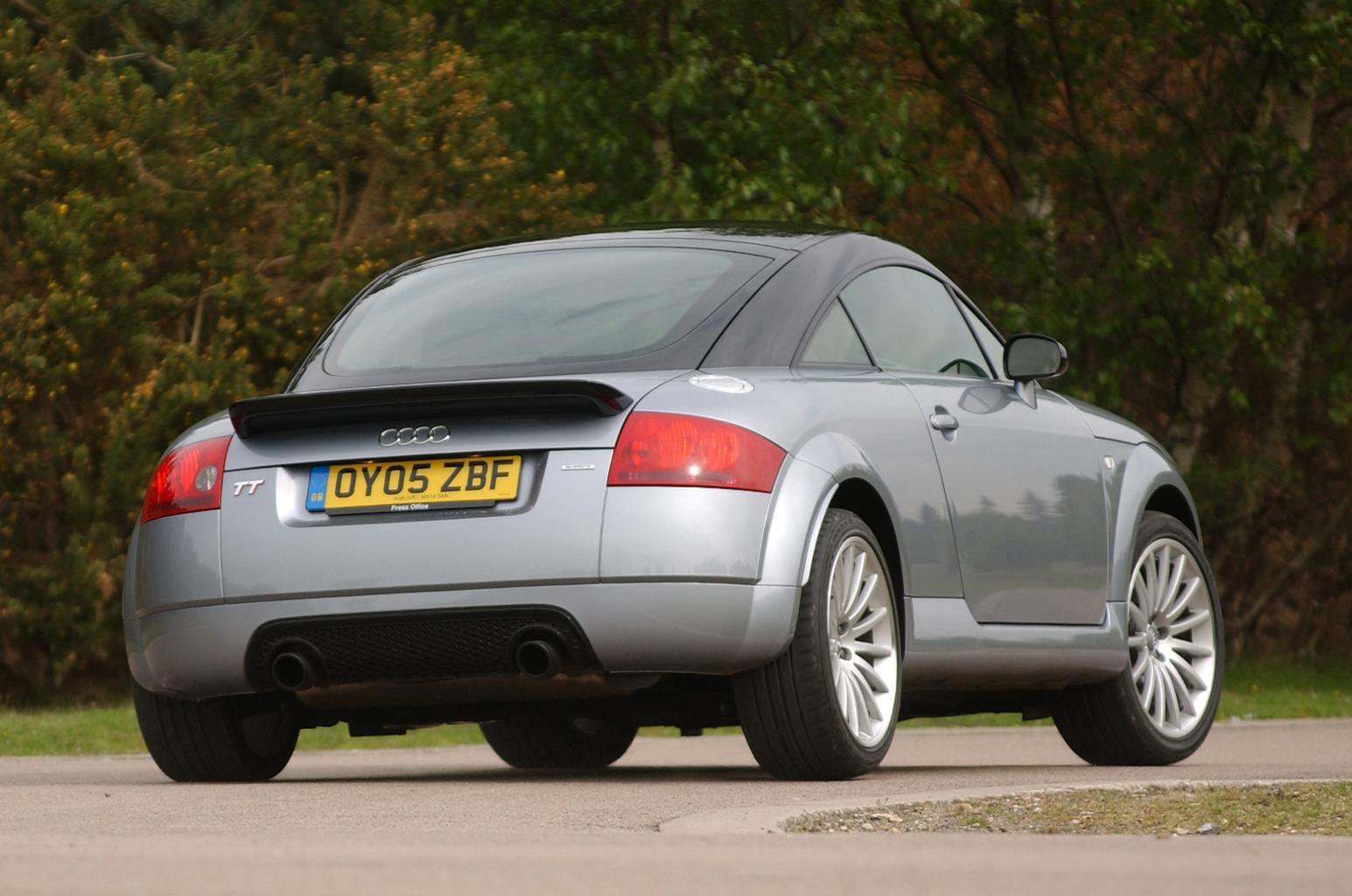 What Car? Coupé of the Year – five years running

But that wasn’t all that the TT had to offer. Its interior was one of the finest around, with extraordinary attention to detail, top-quality plastics and handy controls, while both driver and front passenger sat low, ensconced in an interior with postbox windows that enhanced the TT’s sense of security and occasion.

Granted, the rear seats weren’t much use unless you were tiny, but you could use them as extra luggage space. And the boot itself wasn’t too shabby either, with a hatchback opening that made it more practical than you might have expected.

On top of all this, the TT was a genuinely usable everyday proposition, with impressive fuel efficiency and a comfortable ride. Beneath those show-stopping looks, in other words, was a cracking all-rounder. 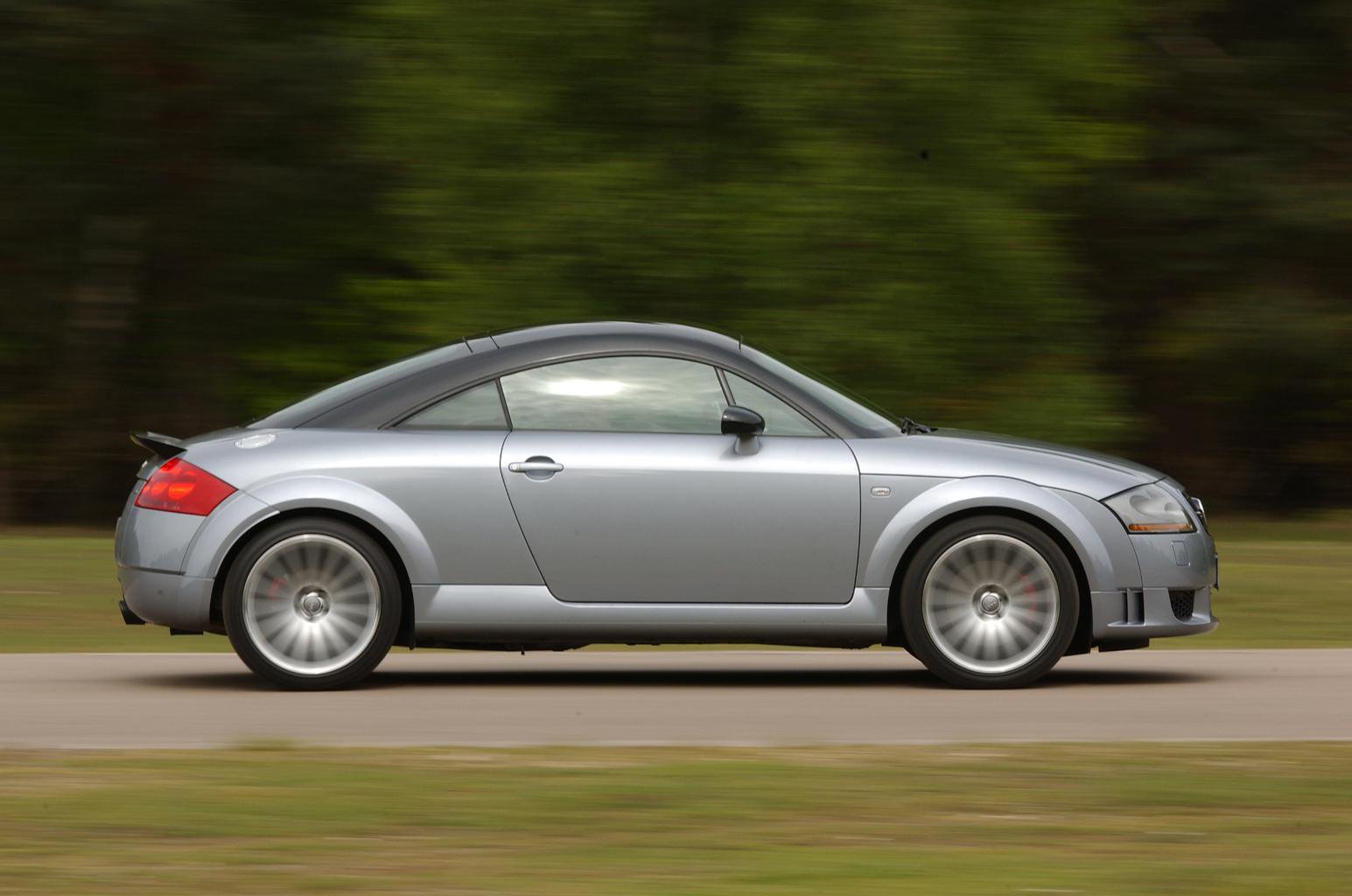 Which is why we gave it our Coupé of the Year award in 1999. Simply put, no contemporary coupé could come close to offering the same blend of talents – or, indeed, the sheer style – of the TT. It didn’t end there, though, because the TT won again in 2000, 2001 and 2002, despite new coupé contenders being flung at it every year.

“Since it won in 2002, the TT’s appeal has been heightened further with the addition of larger alloy wheels, lower suspension settings and revised headlights. But the fact is, it would have claimed another victory anyway.

"For a start, the TT is as stunning on the inside as it is on the outside. The interior is a work of art, with impeccable build quality, exquisite attention to detail and a clean, understated style. 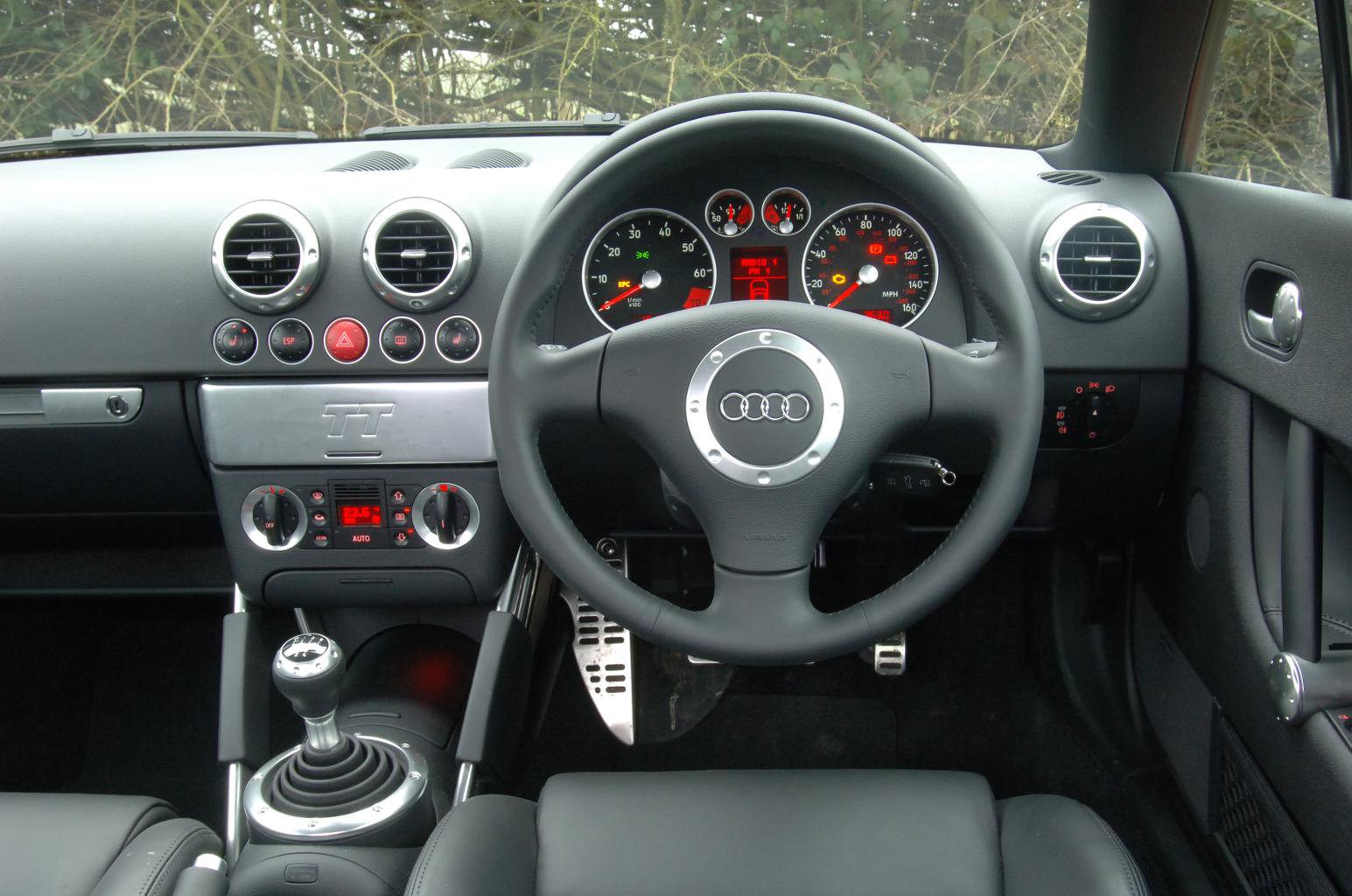 "Of the two 1.8-litre turbocharged petrol engines available, our preference is the 222bhp rather than the 178bhp version, because it delivers the kind of performance that the looks deserve. Power is channelled through a six-speed gearbox that provides satisfyingly quick, precise changes.

"It’s hard to believe that the TT is based on the humble Volkswagen Golf, albeit heavily modified. Four-wheel drive delivers outstanding levels of traction, while direct steering and good body control provide sure-footed, enjoyable handling.

"Despite the sporting edge and a rorty exhaust note, the TT is a civilised machine, and although the ride is firm, it settles at motorway pace and is far from uncomfortable around town. And at under £27,000, the TT looks excellent value for money.”

Audi’s famous coupé was finally knocked off its award-winning perch in 2004 by the superb Mazda RX-8 – but by 2007, the TT had returned to winning ways – albeit in Mk2 form(below). 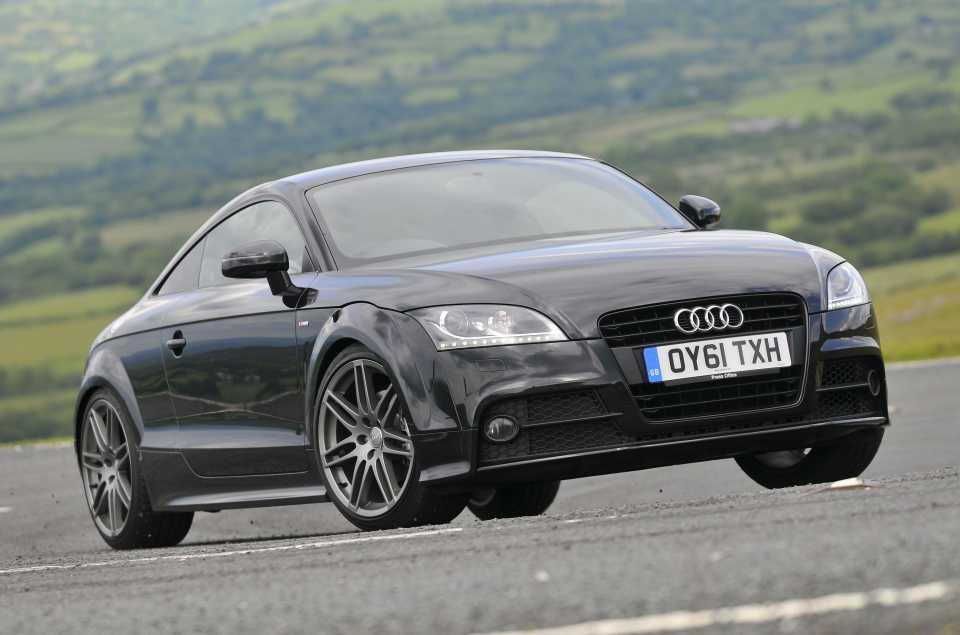 The car we’re driving is a TT quattro Sport, a souped-up version with stiffer suspension, no rear seats and power ramped up to 237bhp, sold towards the end of the Mk1’s life.

The quattro Sport’s bucket seats hold you in place well, although they aren’t quite as comfortable as the standard items. The same can be said for the ride quality, which is rather firm, although only on the roughest of roads does it become painful to live with.

The payoff, mind, comes when you throw in some corners. The steering and chassis don’t provide much feedback, meaning it takes a little while to gain confidence in the car; but once you have, you find it’s impossible to shake. The TT whips around each corner at ever higher speed as you find more and more hidden reserves of grip and power, with the 1.8-litre turbocharged motor providing a pleasing gurgle to go with.

Ultimately, while the lack of communication means you’ll never have as much fun as you will in a Porsche, there’s plenty to like here – and, of course, the same goes for the standard version of the car, albeit with a smidge of body control and cornering speed sacrificed in the name of comfort.

The TT certainly has the pace to match up to modern-day equivalents, then, but what’s most impressive is that the same can be said of other aspects of its talents. That masterful interior has lost none of its lustre, for example; the detail touches are sublime – the way the styling of the row of five ancillary switches mirrors that of the knurled rings surrounding the air vents and the chunky metal cover over the stereo, engraved with the TT logo, are particular highlights. And on a motorway run with careful driving, it’s possible to see 40mpg from a TT – not bad for a car that’s now almost 20 years old.

And, really, you’d never guess to look at it. Perhaps the most astonishing thing is how crisp the first-generation TT still appears, given its age. It always was a car that you bought primarily for its sense of style and, happily, that remains entirely intact.

Next: How much do they cost now?

You can buy a running Mk1 TT for as little as £1000 these days. But before you get too excited, keep in mind that this figure will probably get you a car with mega mileage, or that hasn’t been looked after, or that is in need of repairs – or a combination of all three. 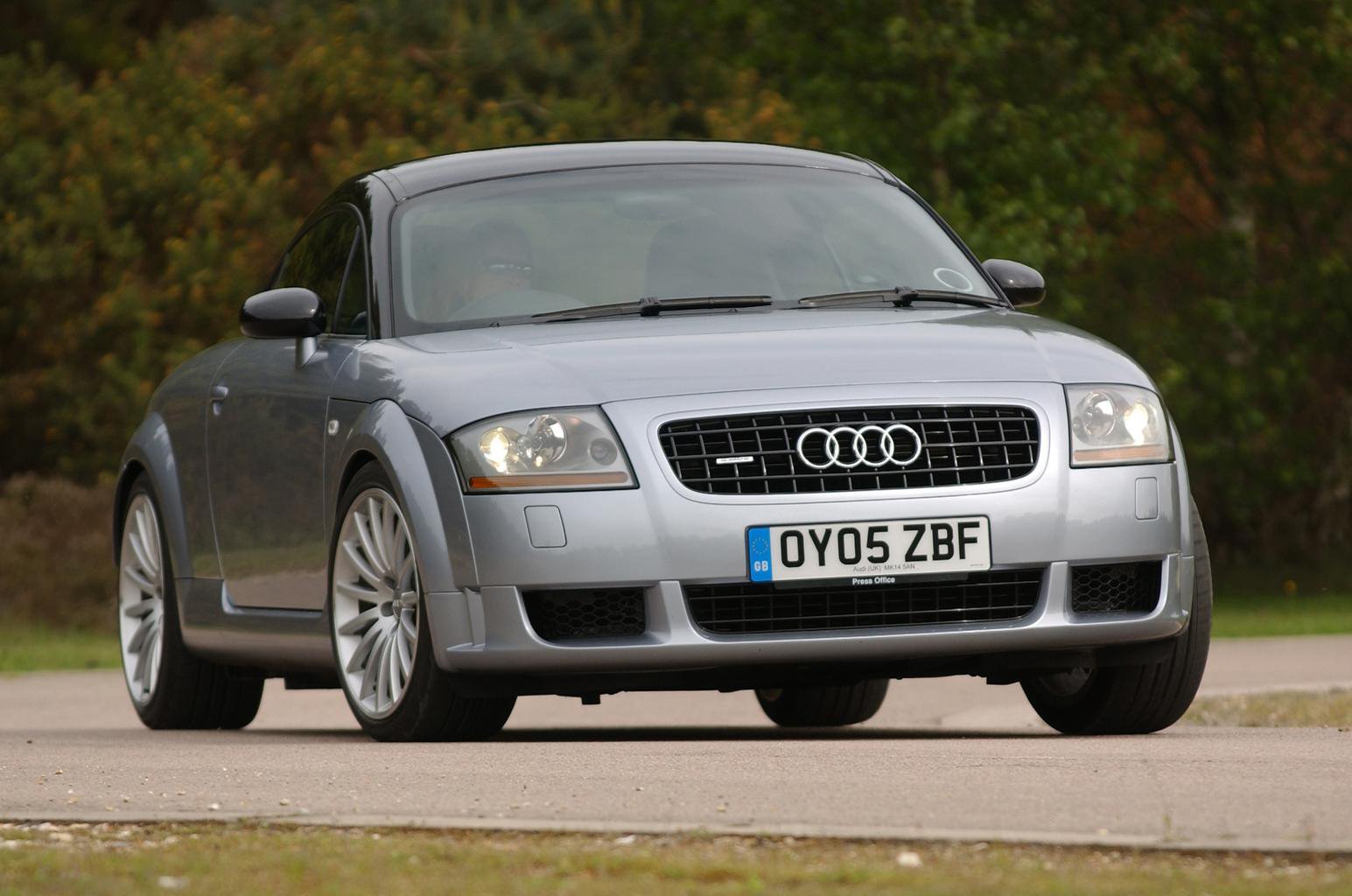 For a good TT, you’ll really want to budget at least £2000. That should get you a 222bhp model with average miles or less, a full service history and a long MOT in good condition.

Up your budget to £5000 and you’ll start to find tidy V6s, while at this price you’ll also find the very best of the 222bhp cars. If you want the quattro Sport, which is the most desirable version of the TT, you’ll need to pay at least £8000 – although £10,000 is more appropriate to find a good example.

These prices are distinctly reasonable and about as cheap as they’re going to get; the TT is a sure-fire future classic and, before too long, you can expect prices to start to rise. So if you want one, now’s the time.

Read our full review of the latest Audi TT >>

The TT has continued to evolve, of course, and in its latest, third-generation form it remains a hugely compelling option. But how does it stack up against rival coupés? Here we count down our current top 10 – and reveal the models to avoid.

Buy a new Bentley Continental GT with What Car? >> 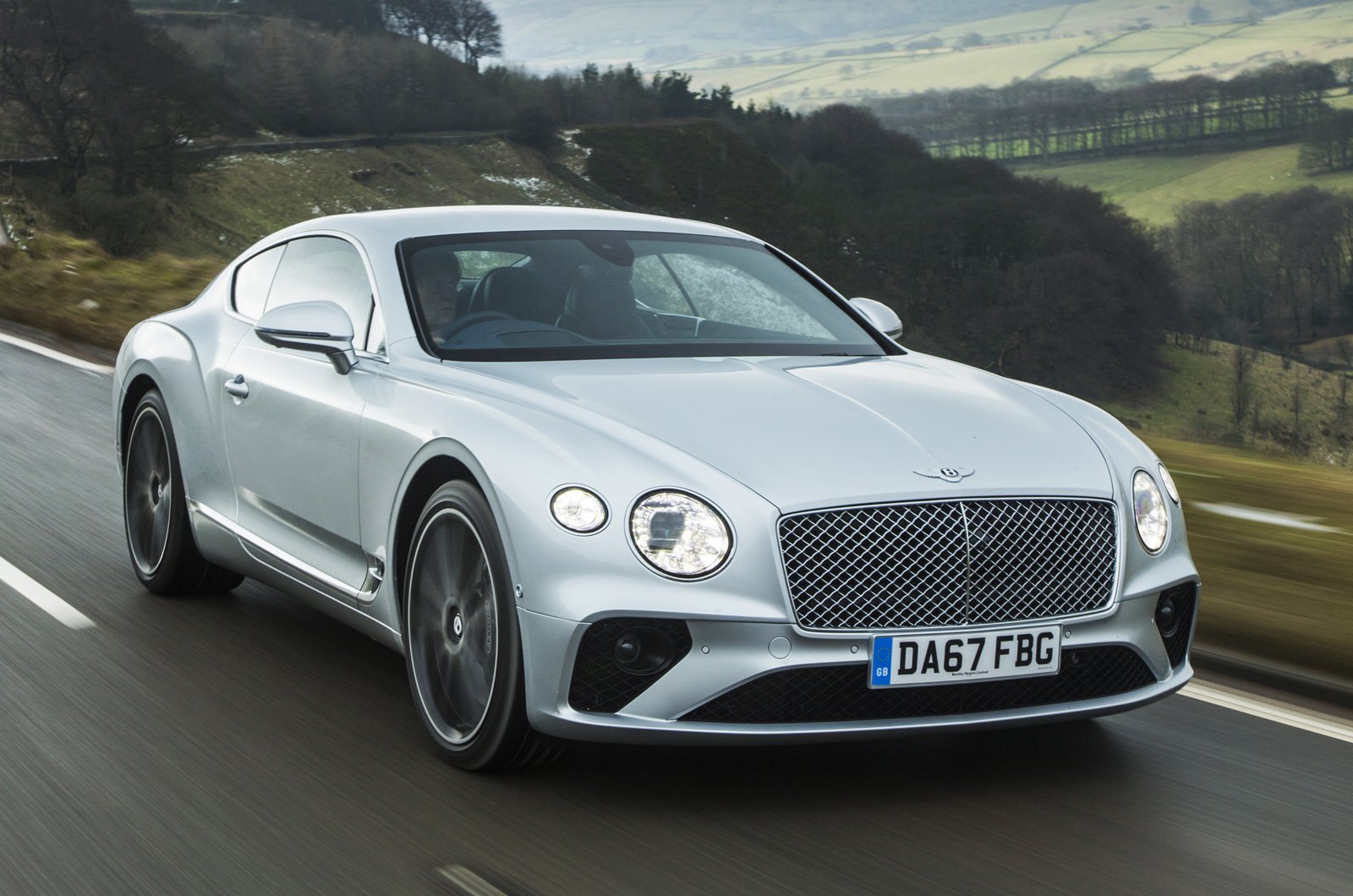 The Continental GT conjures up rose-tinted images of what driving used to be like, when the super-rich would blast across Europe to get to their second home on the Riviera. And yet it's a thoroughly modern car that makes progress effortless, thanks to a 6.0-litre W12 engine that drives all four wheels through an eight-speed automatic gearbox. The Continental GT is hugely expensive to buy and run, though.

Save money on a new Mercedes E-Class Coupé with What Car? >> 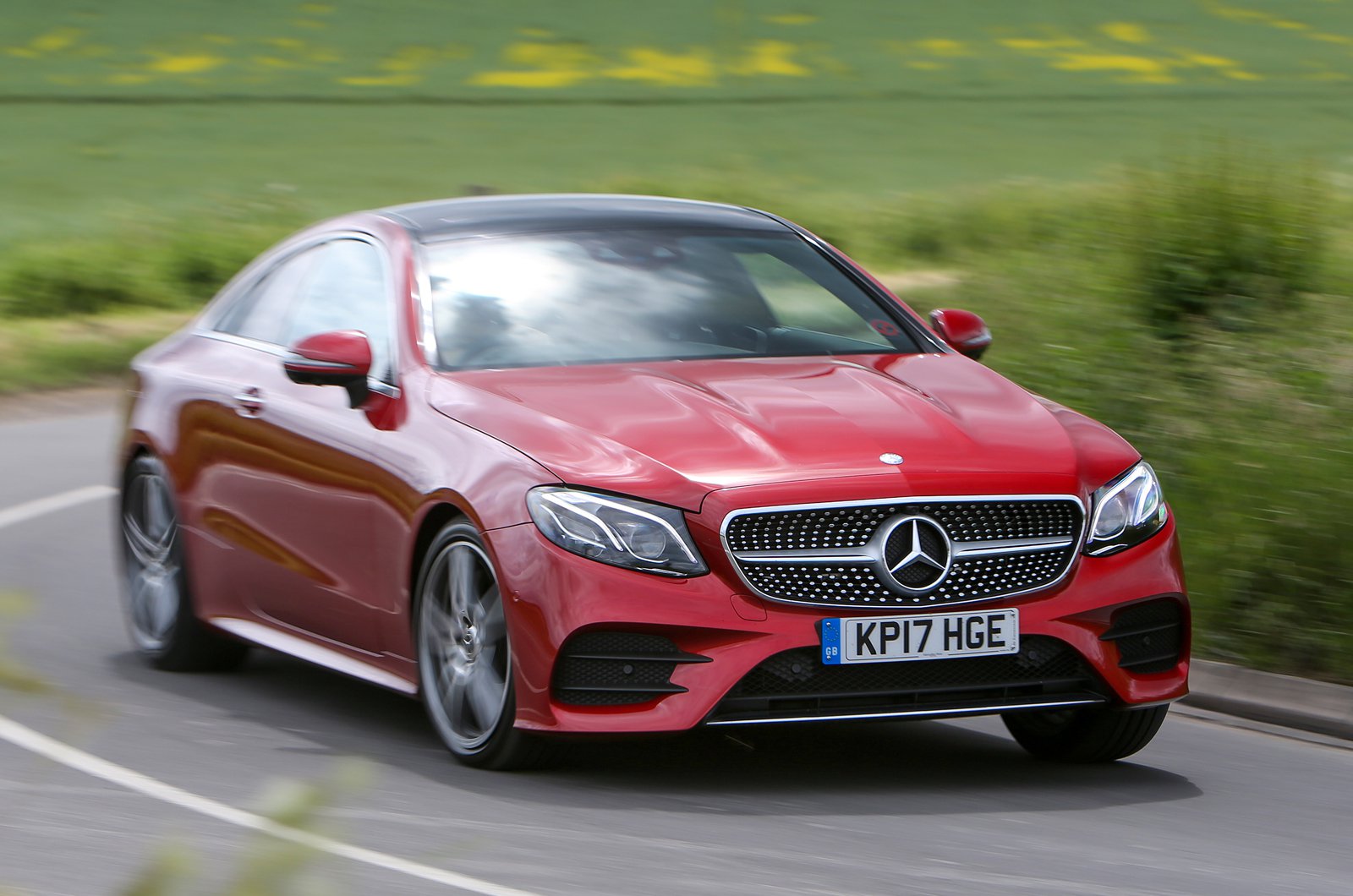 While it's not the sharpest car in its class to drive, the E-Class Coupé is supremely quiet and comfortable. It can be had with a wide range of engines, too, including the popular 220d diesel, which is smooth, quiet and frugal, so an excellent fit for the E-Class.

Save money on a new BMW 8 Series with What Car? >> 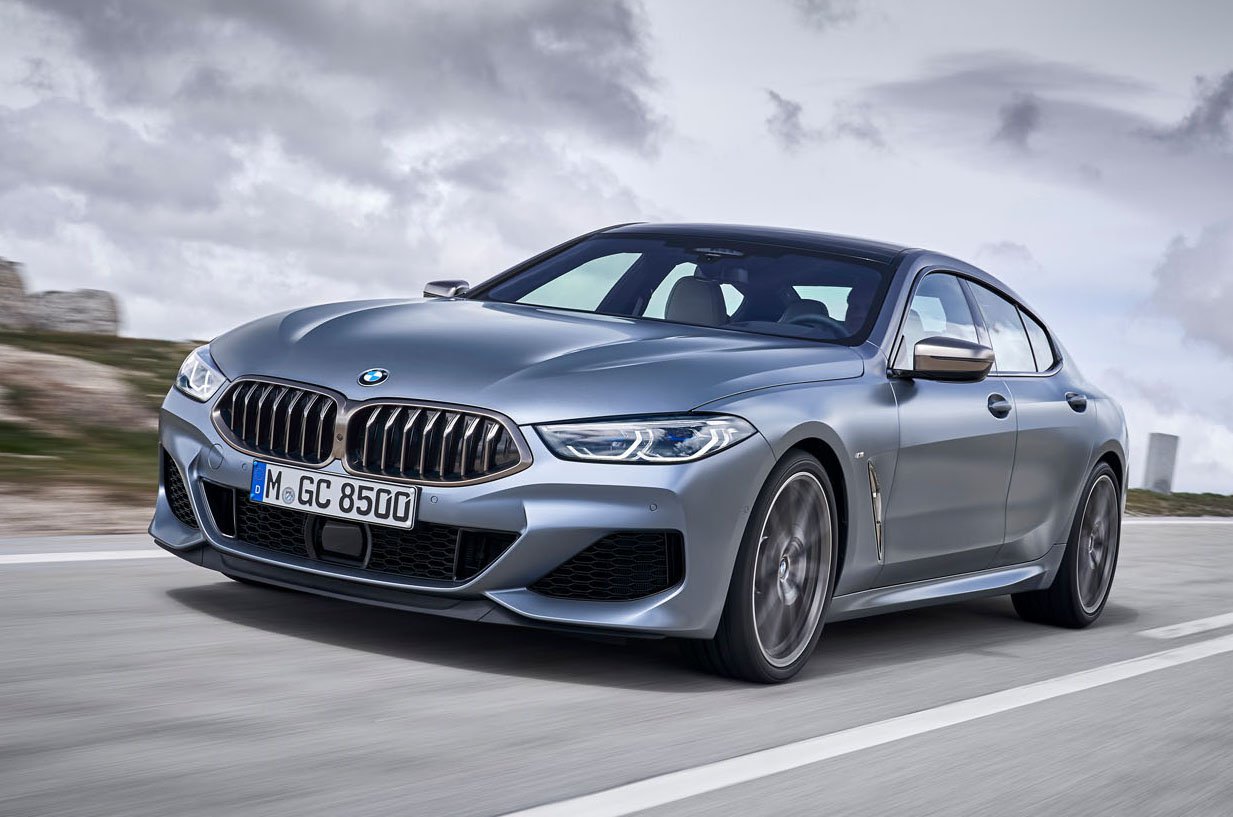 Whether the 8 Series Gran Coupé looks special enough to justify its high price is subjective, but it certainly strikes a great balance between sportiness and comfort. A beautifully built interior featuring BMW's intuitive iDrive infotainment system adds further to its appeal, plus there's space for four adults.

Next: more of the best coupés >>