Which used family car choice offers the best value: the classy Mazda 3, the hugely practical Skoda Scala, or the excellent after-sales package of the Kia Ceed?...

While all our contenders have sizeable slabs of squishy plastic on their dashboards and front doors, there are some clear differences.

The Kia Ceed’s switches, stalks and knobs all feel very sturdy, but when you look at the plastics below the level of the steering wheel, they’re shinier and have a coarser grain than those in the other two. On the other hand, while the Skoda Scala’s hard plastics look a little classier thanks to a duller satin finish, there are far more of them, which, in combination with the lightweight climate controls, makes it feel the cheapest of the three cars. 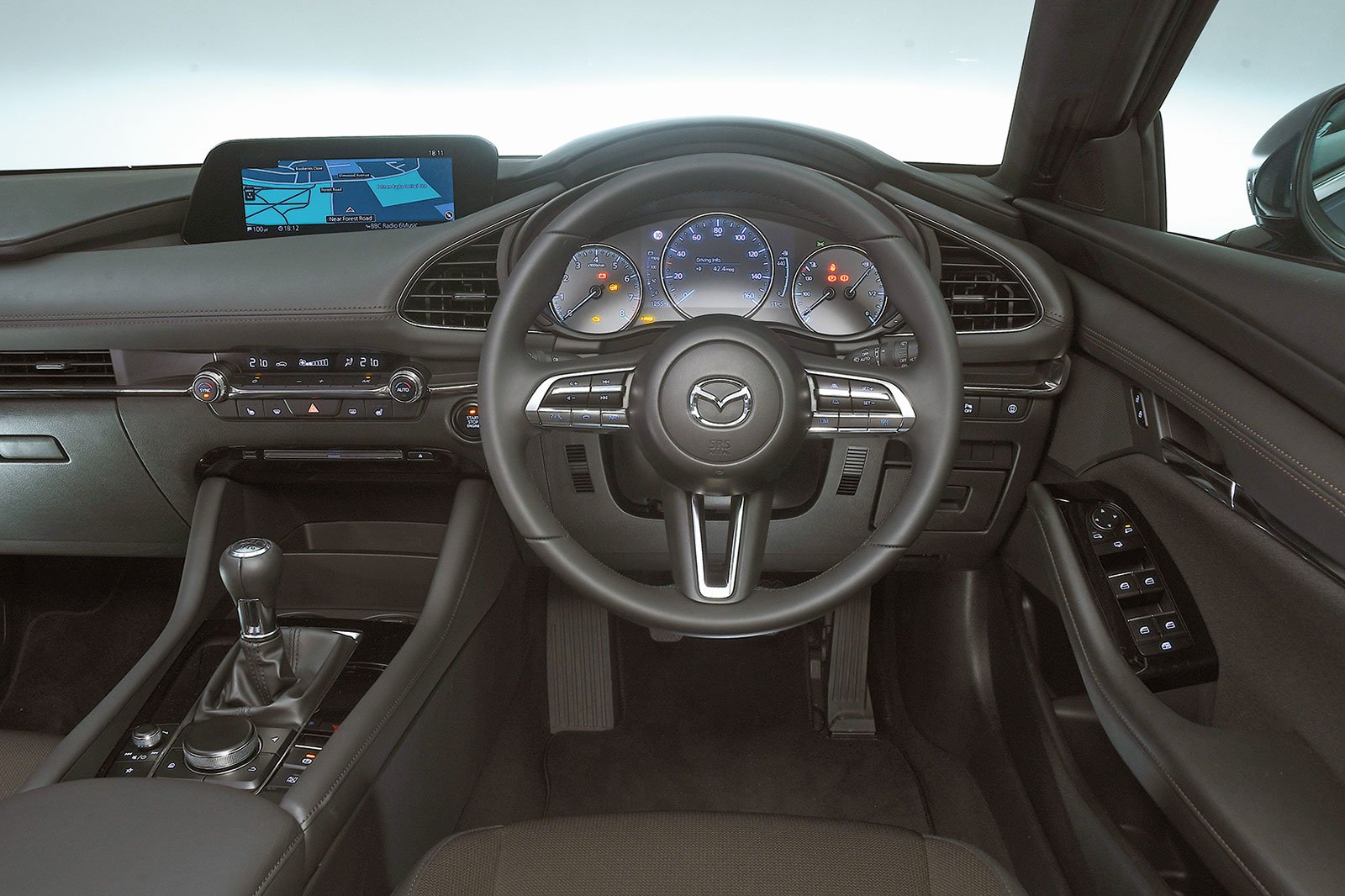 That leaves the Mazda 3 standing out for quality. Even in a trim that’s only one rung up from entry level, the plushness of its materials almost challenges that of premium rivals from Audi and Mercedes. You’ll find more plush plastic than in the Ceed or Scala, along with plenty of appealing leatherette, and switches that operate with precision.

All these cars have pretty good driving positions. In most respects, the 3 is the best for ease of use and its armrests are well positioned. It’s just a shame that it’s the only one without adjustable lumbar support, meaning some people might find themselves with backache on longer journeys. You get a manual lumbar adjustment in the Scala and an electric one in the Ceed, although neither car has brilliantly supportive seats. They all come with seat height adjustment and plenty of tilt and reach adjustment for their steering wheels. 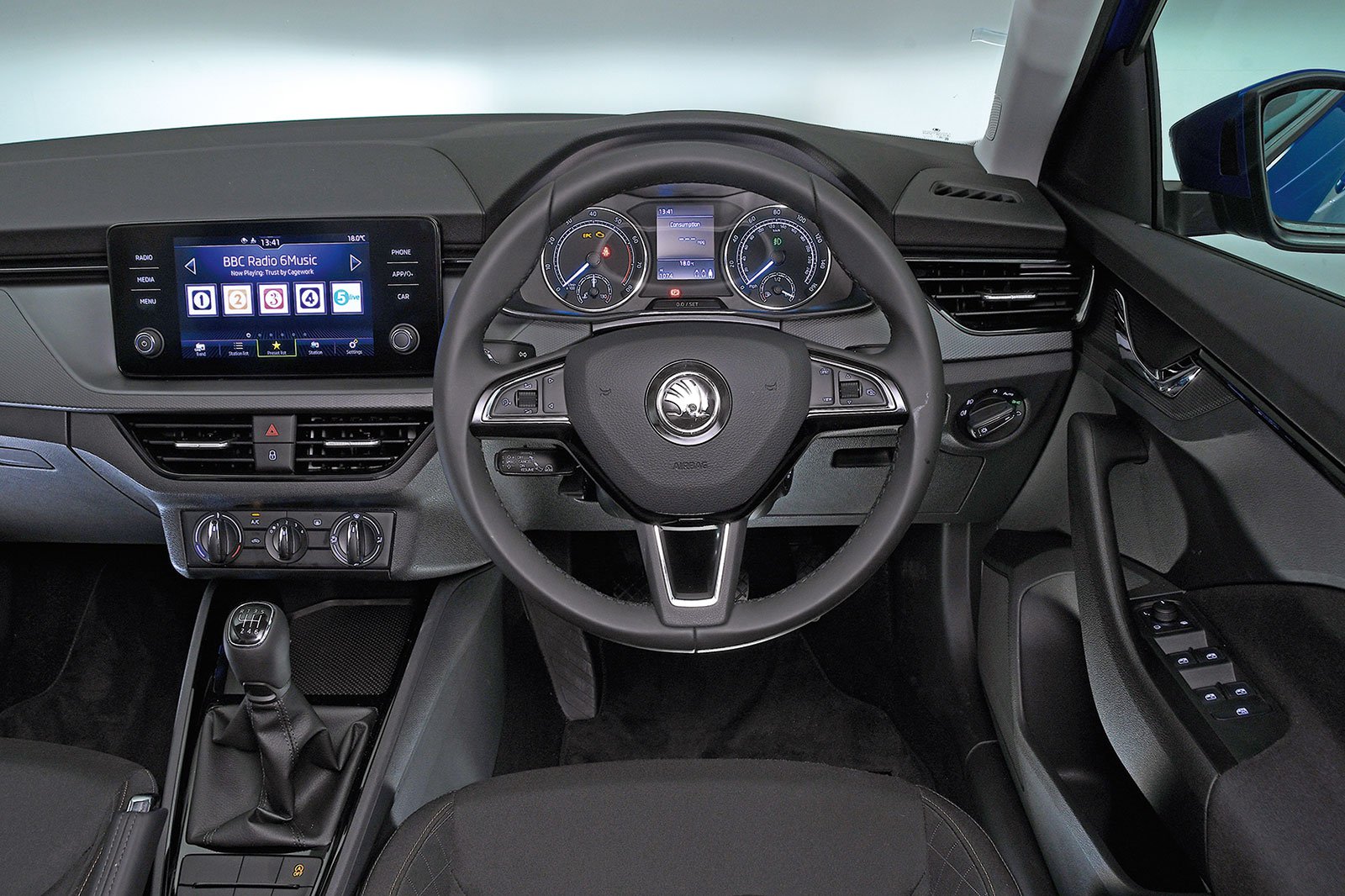 Each car has clear dials, but the Scala’s are fully digital and can be configured in multiple ways. The 3’s are part-digital and the Ceed’s are traditional analogue instruments supported by a small screen for driving data.

As for visibility, we have few complaints about the view through the windscreens of any of our contenders. However, the 3’s upswept window line and huge rear pillars badly obscure your view out of the back, making its standard reversing sensors and rear-view camera more than just luxuries. The Ceed and Scala also get reversing sensors, while the Scala is alone in missing out on a camera, although it offers the clearest view out the back. 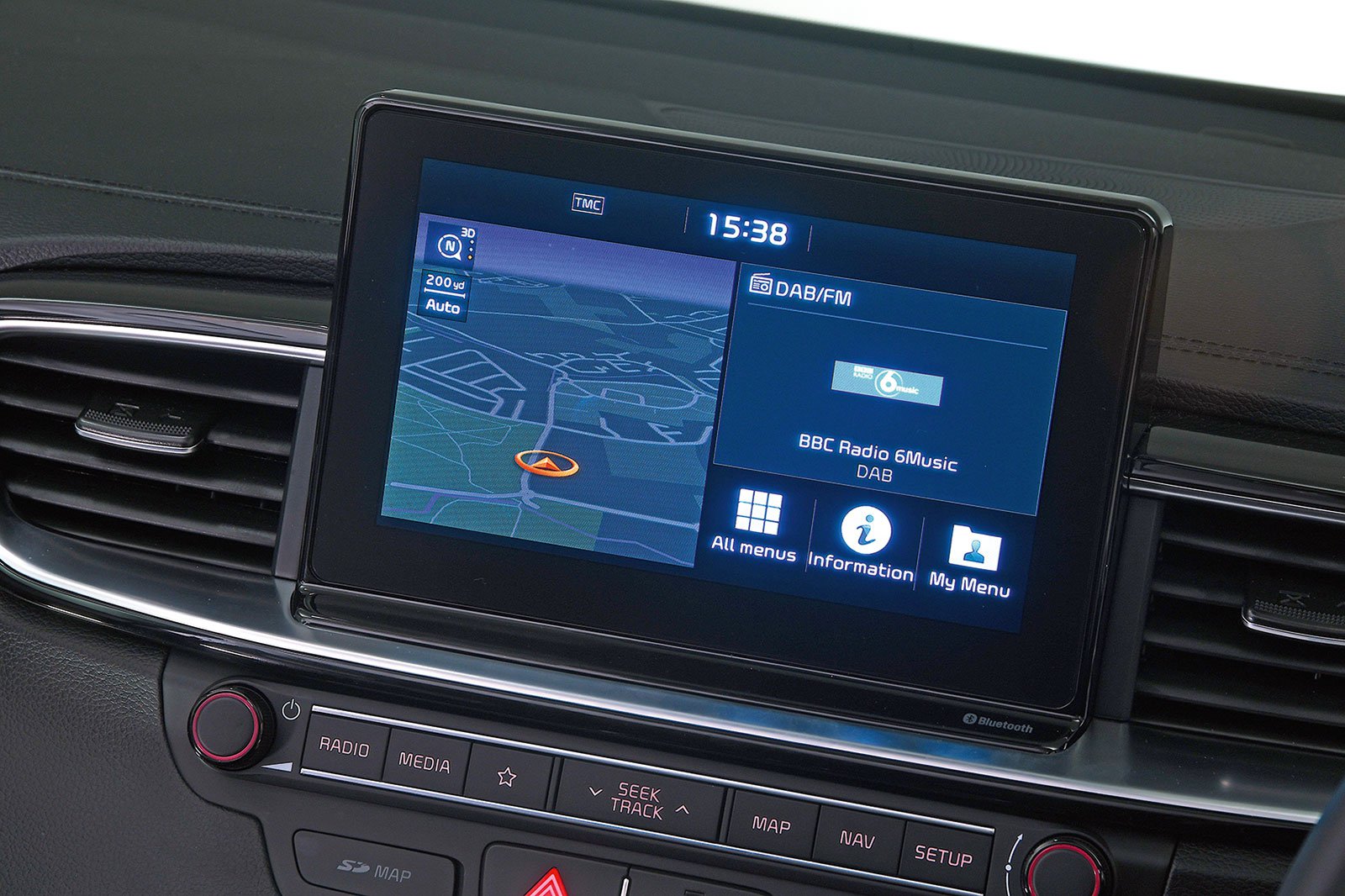 The Ceed, along with our other contenders, can provide a range of online services, including live traffic reports, because it can connect to the internet. It has the smallest and lowest definition screen, with some small icons to try to hit while driving. It’s generally responsive and you get some physical shortcut buttons for swapping functions, plus it’s well-equipped, with built-in sat-nav, or you can use Google Maps via Apple CarPlay/Android Auto smartphone mirroring. 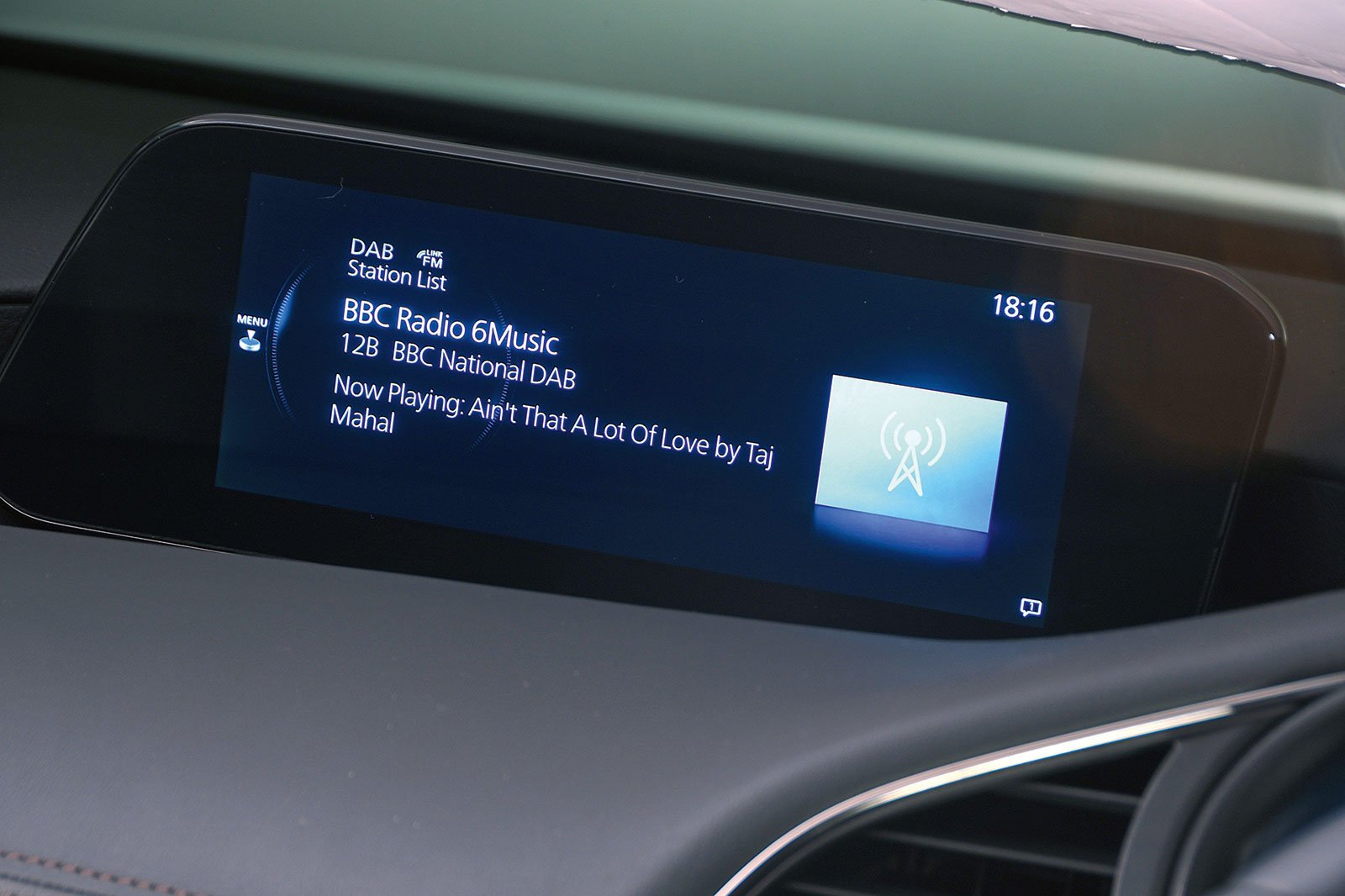 The 3’s system is one of the best in this class. You get a large, crisp screen, the simple menus are easy to understand, and it’s the only one here controlled using a rotary controller and shortcut buttons. Instead of taking your eyes off the road to direct your finger at icons, you scroll through the menus using the controller, which requires less glancing away from the road. As with its rivals, it comes fitted with the latest connectivity features but, as with the Ceed, there's no wireless charging. 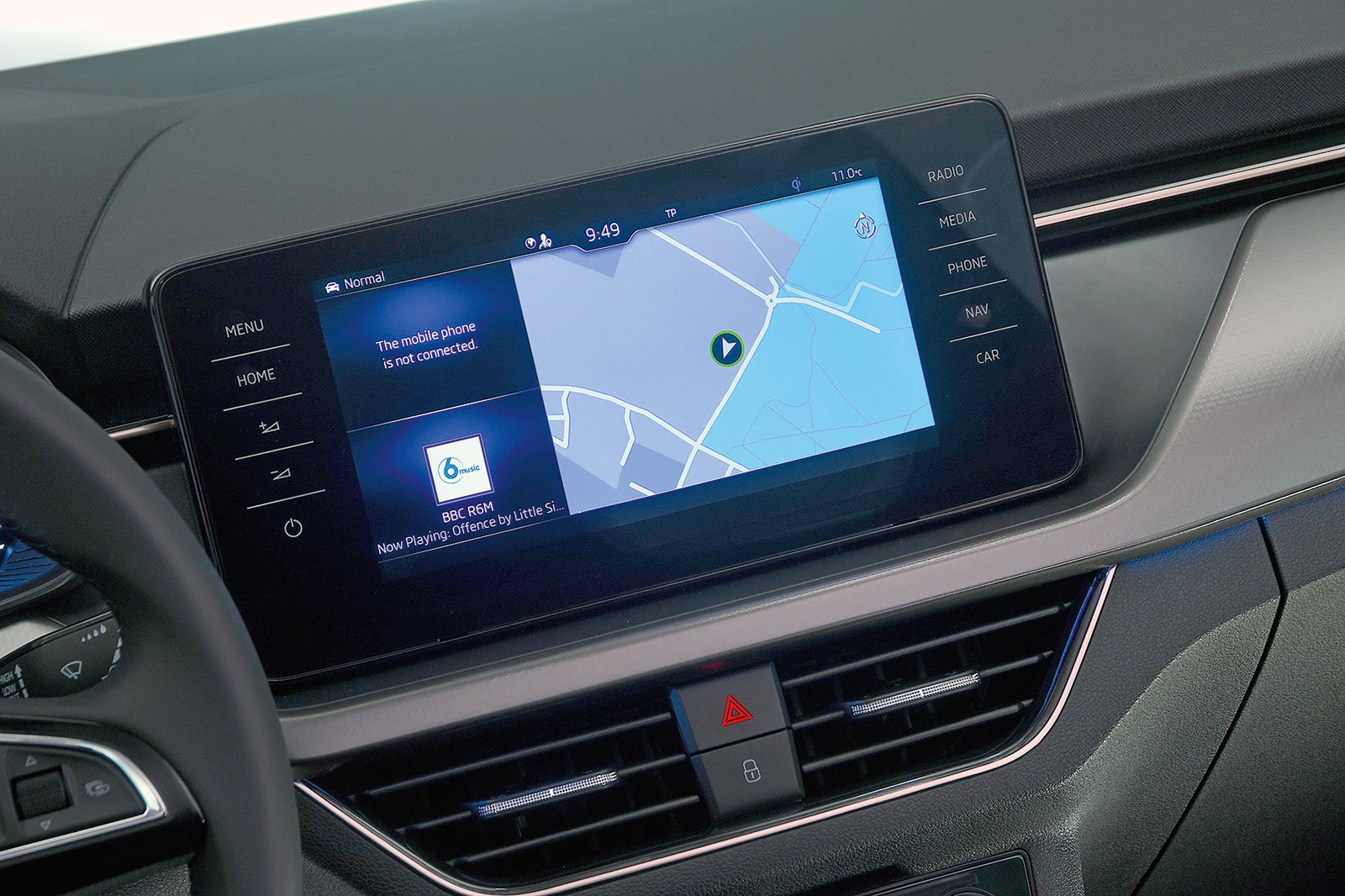 The high-def touchscreen is the biggest here and is surrounded by touch-sensitive shortcut buttons. Physical buttons (which its two rivals have) would be easier to find while driving and the system is sometimes a bit slow to react. The menus are simple to understand, though, and the system includes wireless Apple CarPlay/Android Auto connectivity so you don't even have to plug your phone into a USB.