Regular readers may remember I mentioned our PHEV had some toy marbles trapped within a seat-belt anchorage point, placed there by the children of the previous owner. Well, a quick visit to Mitsubishi HQ and our car is as good as new. It seems I can now brake and accelerate as hard as I want, or as conditions allow, without the accompanying rattling racket.

Mitsubishi left me another newer Outlander to play with while mine was de-marbled, and the tiny differences between my two-year-old car and the new one were fascinating to note. The newer car had slightly less tug to the steering, an issue to which I shall come back to on another occasion, and seemed, although this is only a rough impression, to have a slightly longer electric range. It also seemed to have a fully functioning DAB radio signal, whereas my car’s is rather erratic.

On that note, Autocar’s road test editor Matt Saunders has been having a go in the PHEV, and, as the previous owner of a long-term Outlander, he’s made a few comparisons. Here are his thoughts:

“Having run a Mitsubishi Outlander PHEV from new three years ago, I suppose I’m in a better position than most to judge how well our used long-termer is wearing.

"You might expect our current car’s complicated petrol-electric powertrain to be showing a few signs of age compared with my recollection of our first one, but the good news here is that it’s clearly a pretty robust, long-lived design. The Outlander’s electric-only range is perhaps a smidgeon shorter than my 2014 car’s used to be – but the deterioration is only slight.

"On a warmish day and driving the car as you learn to in order to get the best economy from it, I used to reckon on making it all the way along my daily 24-mile town and cross-country route to the motorway on my way to work before my old Outlander PHEV ran out of battery charge. On a good day, I’d make it with about a mile to spare. On the same route and driven in the same way, our used long-termer makes it to about 22 miles before starting its piston engine, which suggests it still has at least 90 per cent of the usable battery capacity it had when new. 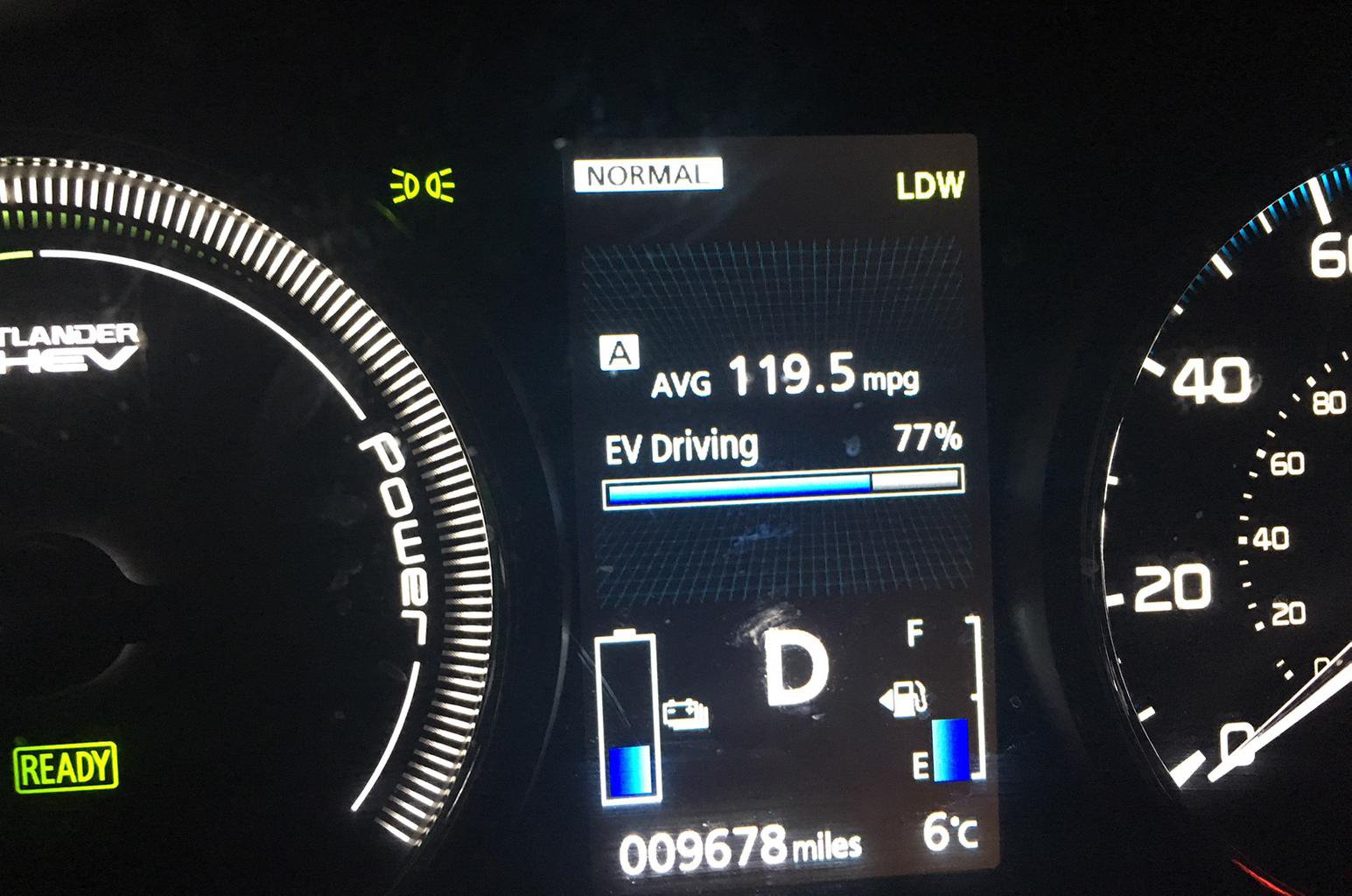 "While there are a couple of rattles and squeaks in the car, there are no more of them – or really any more numerous or obvious signs of wear and tear – than my old long-termer had at six months old. The Outlander’s perceived quality level, which wasn’t particularly good three years ago, hasn’t been treated kindly by the passage of time though, and some of the car’s switches and mouldings now look quite starkly shiny and cheap compared to what you now find in most new family SUVs. But true quality runs deeper than that, of course, and the Outlander’s fixtures and fittings all work exactly as my long-termer’s used to.

Knocking around in the car for a week recently with my family in tow was a reminder of how practical the Outlander is – there’s more boot space and second-row passenger room here than our Mazda CX-5 has – and how pleasant it is just to run errands in and to get you from A to B. Quiet, relaxing and responsive around town, the Outlander PHEV remains one of the car market’s better-engineered and more interesting plug-in hybrids in my book – and one clearly not to be feared as a second-hand buy.”