The Audi A1 and the Mini 5dr both offer a luxury feel in a small car package, but which one makes the most sense when bought used? We have the answer..... 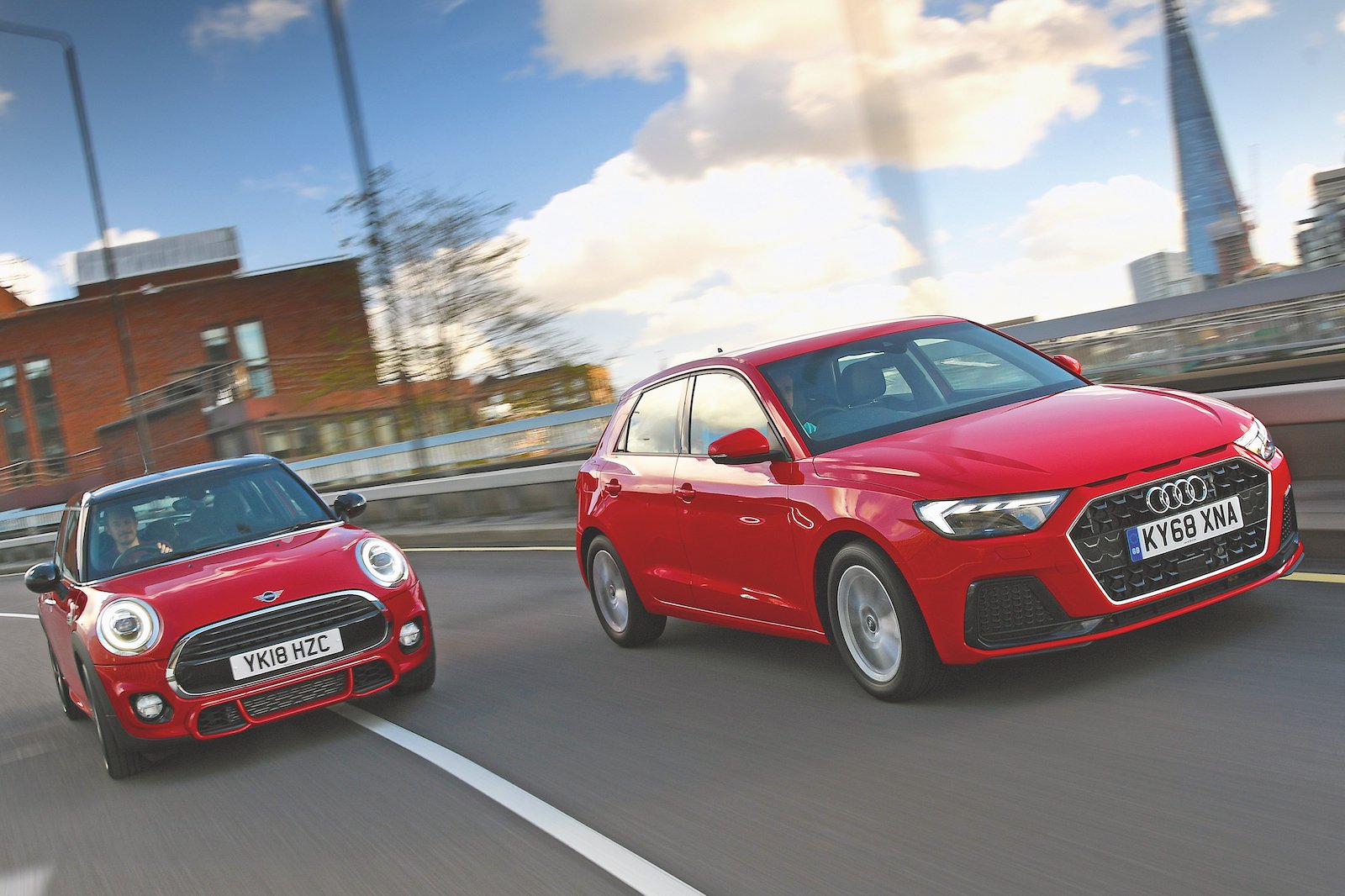 The second-generation A1 is great to drive and reasonably practical, too

It has style but does the Mini still offer the substance to back it up?

Luxury is no longer the preserve of large cars. Many pint-size cars with city-friendly exteriors have upped the goodie-count inside and added into the mix an air of quality that is normally reserved for far larger and more expensive models.

In some ways, Mini is perhaps the most famous exponent of this small and opulent way of thinking. Sure, the 5dr hatchback adds a dash more practicality than the 3dr, but it’s still a small package combining chic looks with an interior that’s as succulent as it is colourful.

One of its keenest rivals is the Audi A1 Sportback. Audi’s first A1 may have been based on the humble VW Polo, but it was undeniably exquisite. For this second-generation version, launched in 2018, it took a less flamboyant approach to the styling but continued to deliver that high-quality feel in a moderately sized whole.

Here we’re testing both cars at a couple of years old to see which one makes the most sense used. To keep this match an even one, each car comes with a three-cylinder turbo petrol engine and in its mid-range Sport trim.

Sometimes, of course, size does matter, and in this case that applies to engine capacity. The Mini’s 1.5-litre motor plays a 1.0-litre in the A1, and it simply has more guts. That means when you accelerate hard through their gears (both cars have six-speed manual gearboxes), the Mini is much quicker, whether you’re dashing away from the lights or gaining speed on the motorway. 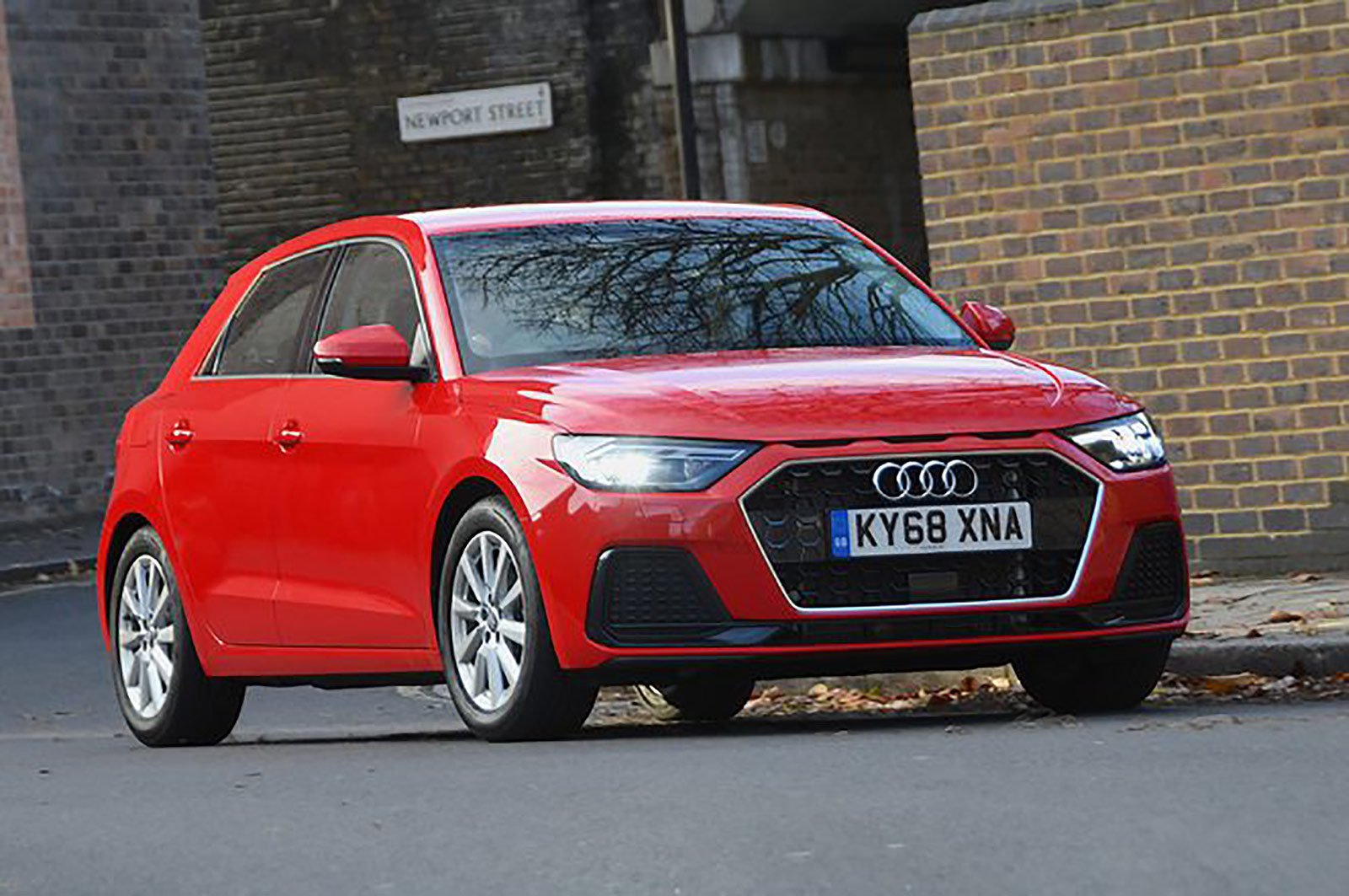 However, there is a twist. In terms of flexibility – the ease with which a car will pull from low revs – the A1 is more than a match for the Mini in its lower gears. The Mini’s oomph still shines through when you put your foot down in fifth and sixth, though.

Floor their accelerator pedals and both three-cylinder engines fire slight vibrations into the interior and emit a distinctive thrum. Neither is unpleasant, but the A1’s sounds louder than the Mini’s, which has a softer timbre.

The A1 also has a slicker gearbox, despite its fairly long throw, as well as a crisper clutch action that tells you more clearly where the biting point is. A slight flat spot makes it more susceptible to stalling, but it’s still the Mini that demands greater concentration if you’re to drive smoothly in traffic.

The Mini generates much more road roar than previous versions, although this is most probably simply due to a recent change from Dunlop to Hankook tyres. The A1 is definitely more hushed at 70mph, both in terms of road and wind noise, yet both cars are still relatively peaceful on a long motorway journey. 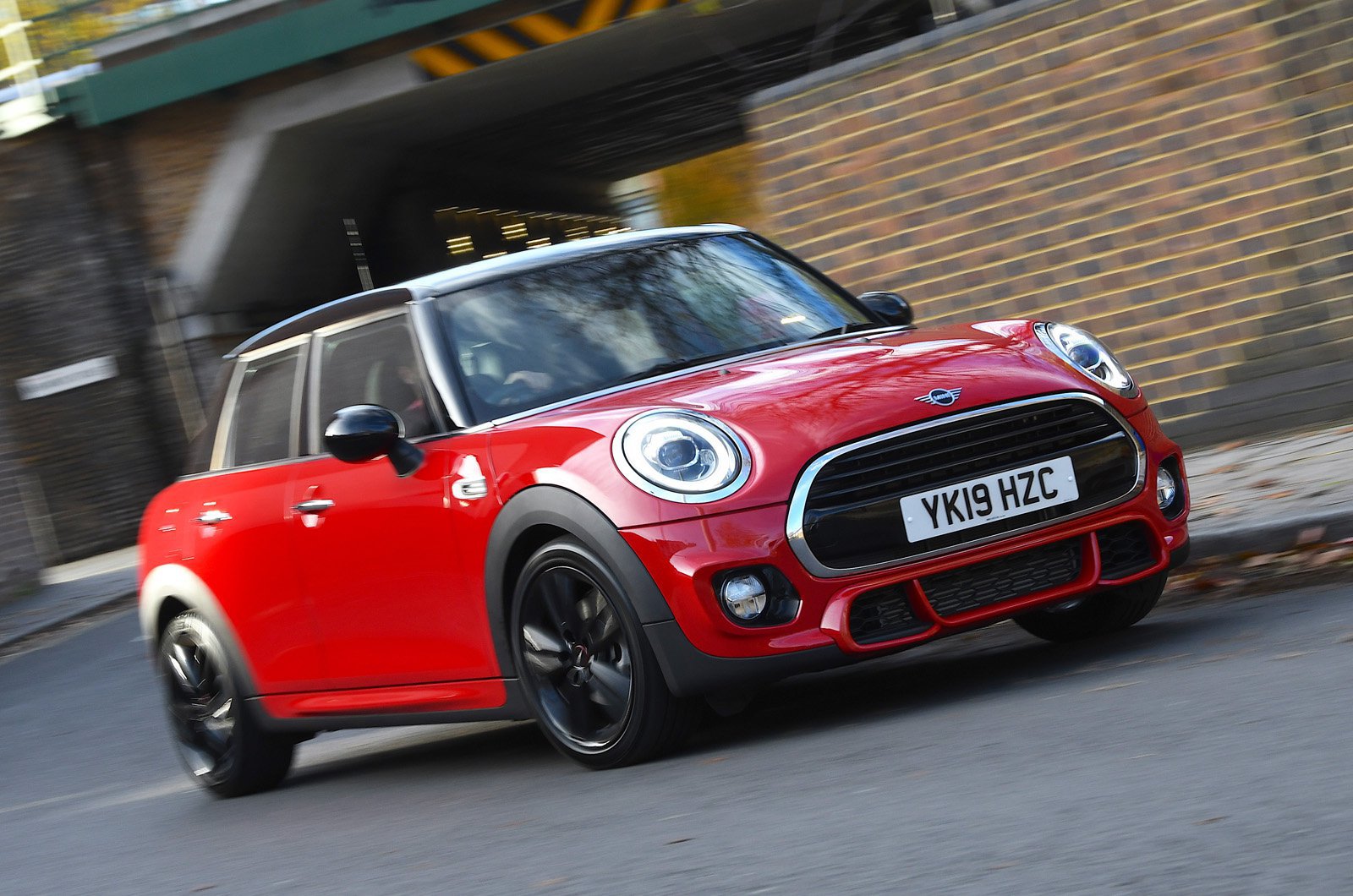 However, the Mini’s tauter suspension will ruffle more feathers. It’s worth pointing out that, if you can find a used car thus equipped, the optional adaptive dampers improve the Mini’s ride. The trouble is that without them, you get jostled and shimmied far more than you are in the A1 unless the motorway’s surface has had every crease and crinkle ironed out. Indeed, the A1 is about as smooth-riding as small cars come – on its standard 16in wheels, at least. And it’s not just on fast roads where its absorbency abounds; it’s also pretty effective at smothering even the more obnoxious bumps around town that the Mini thumps across.

But that’s because the Mini is a sporty car, right, so the payback is finely honed handling? Sadly not. Sure, it has great body control, so it stays well planted when the road rises and falls noticeably, but its steering feels very disconnected, especially around and just off the straight-ahead. Consequently, it’s more prone to wandering on the motorway and you’re never quite sure how much lock is needed to get around bends, nor how well the front tyres are gripping.

As it happens, the Mini generates quite a bit less grip than the A1. The latter can carry far more speed into a turn before running wide, and it feels far more stable. Its steering is also more feelsome and predictable, helping you to position the nose with more confidence and precision. Because it’s softer, you have to put up with more lean through bends and more float over undulations, but these are small prices to pay. Around town, the differences between the two cars are less stark, however; each feels light on its tyres and is easy to manoeuvre.