Put a smile back on your face with these two premium convertibles, both now available used for a fraction of their new price. But which to buy? We have the answer..... 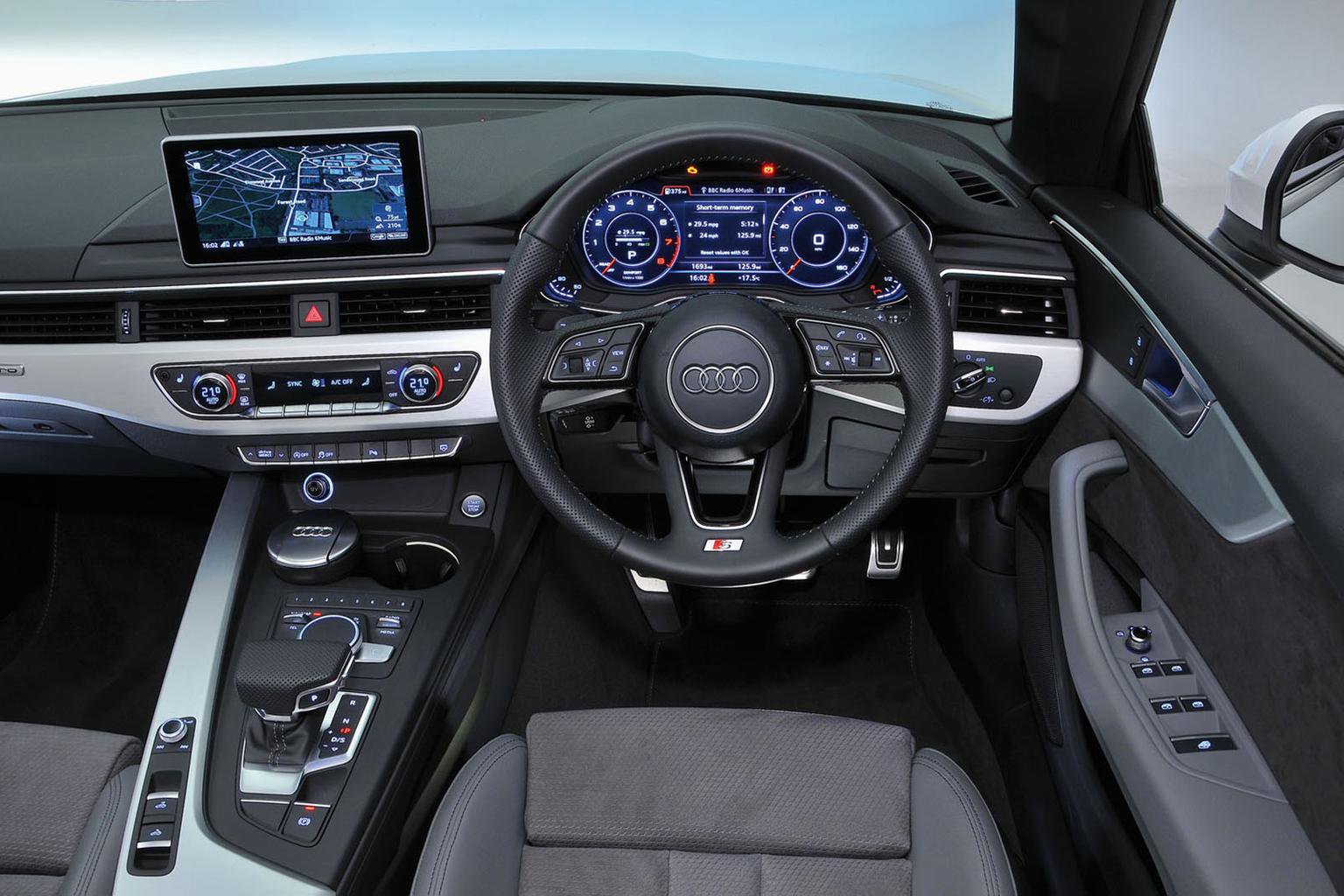 Finding your ideal driving position is simple enough in each case, because both cars have electric seats with a good range of movement. Those with a bad back will appreciate the A5’s standard electric adjustable lumbar support (it was an option from new on the 4 Series) but both driver’s seats hold you in position securely in corners.

You get a good view out at junctions in both, thanks to slender windscreen pillars and deep, wide side windows. It’s a different story when trying to look behind you with the roof up, though; the 4 Series has a slightly larger rear window, but it’s still a bit like looking out of a letterbox. Happily, both manufacturers fit front and rear parking sensors as standard, while reversing cameras are well-priced options. 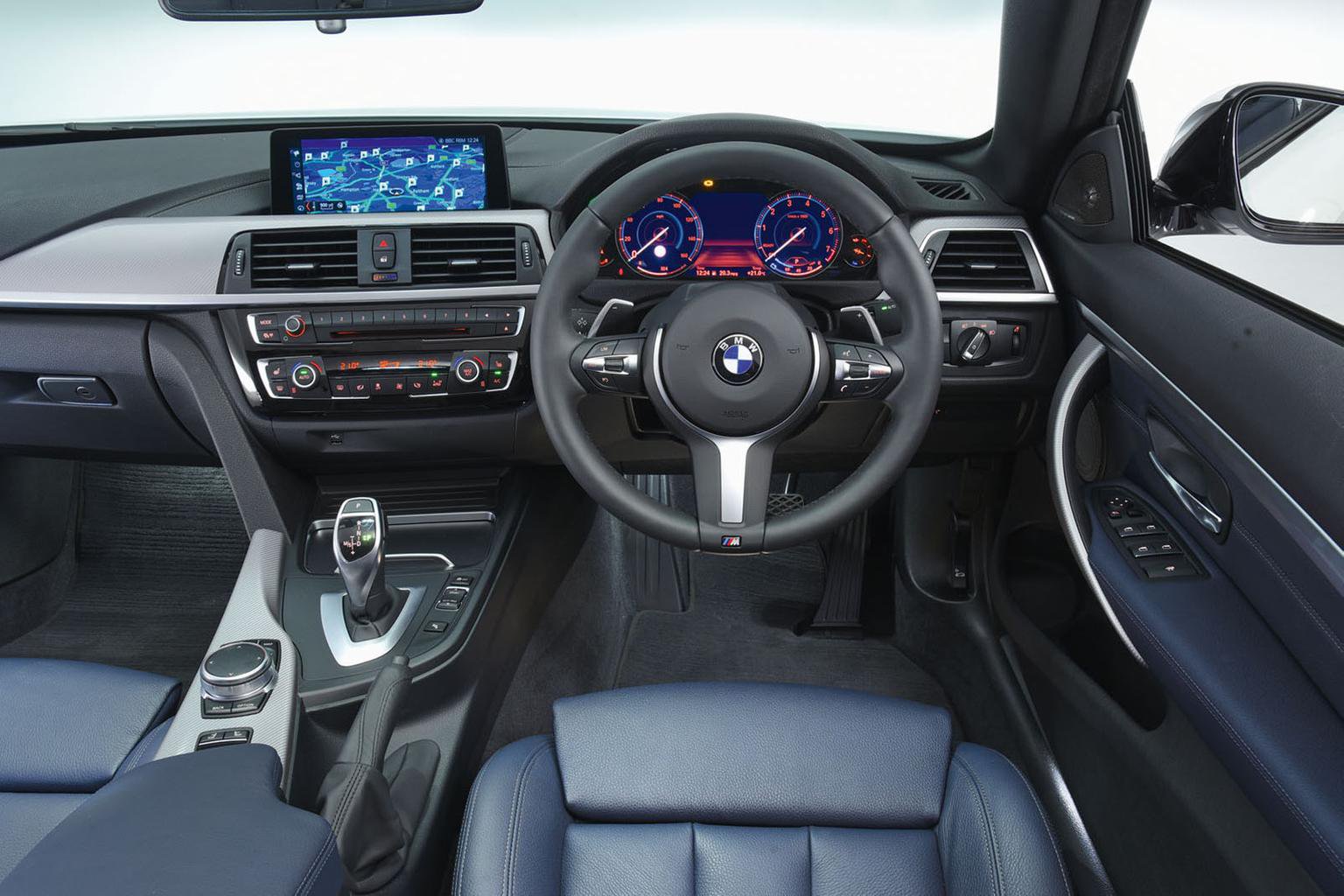 The A5 not only has a more modern-looking interior but also feels much better built; nearly all of the materials, switches and trims are wonderfully classy and well screwed together. The 4 Series doesn’t look too cheap inside, but it doesn’t feel as plush.

With its rotary dial controller and handy shortcut buttons between the front seats, the A5’s infotainment system is wonderfully simple to use. Apple CarPlay and Android Auto came as standard, but our test car had the optional Technology Pack (£1100 from new), which stretches the A5’s screen from 7.0in to 8.3in and adds Audi’s Virtual Cockpit digital instrument panel and a wireless smartphone charging dock. 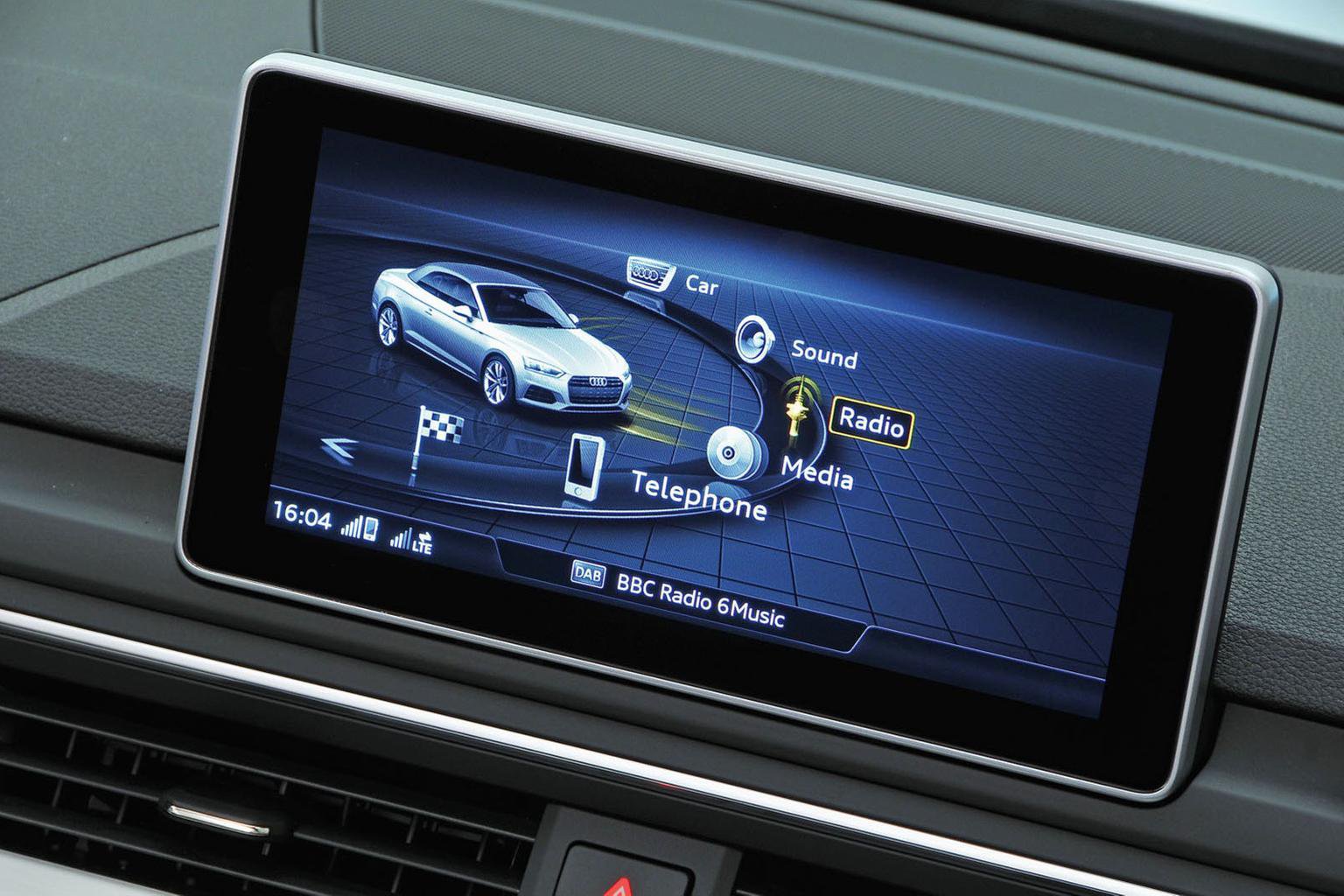 Meanwhile, the 4 Series gets a great infotainment system. The 8.8in screen is bright and sharp and the iDrive rotary dial controller (similar to the one in the A5) is wonderfully intuitive to use; you simply twist the dial to scroll through the on-screen menus and press down to make a selection. Disappointingly, though, BMW charged extra from new for Apple CarPlay and Android Auto smartphone mirroring.

Both cars are strict four-seaters, and in both it’s the driver and front passenger who are treated to the lion’s share of the space. Although the A5 has slightly more front head room, the 4 Series isn’t far behind, and ultimately a couple of tall adults will still have room to stretch out with the roof up. 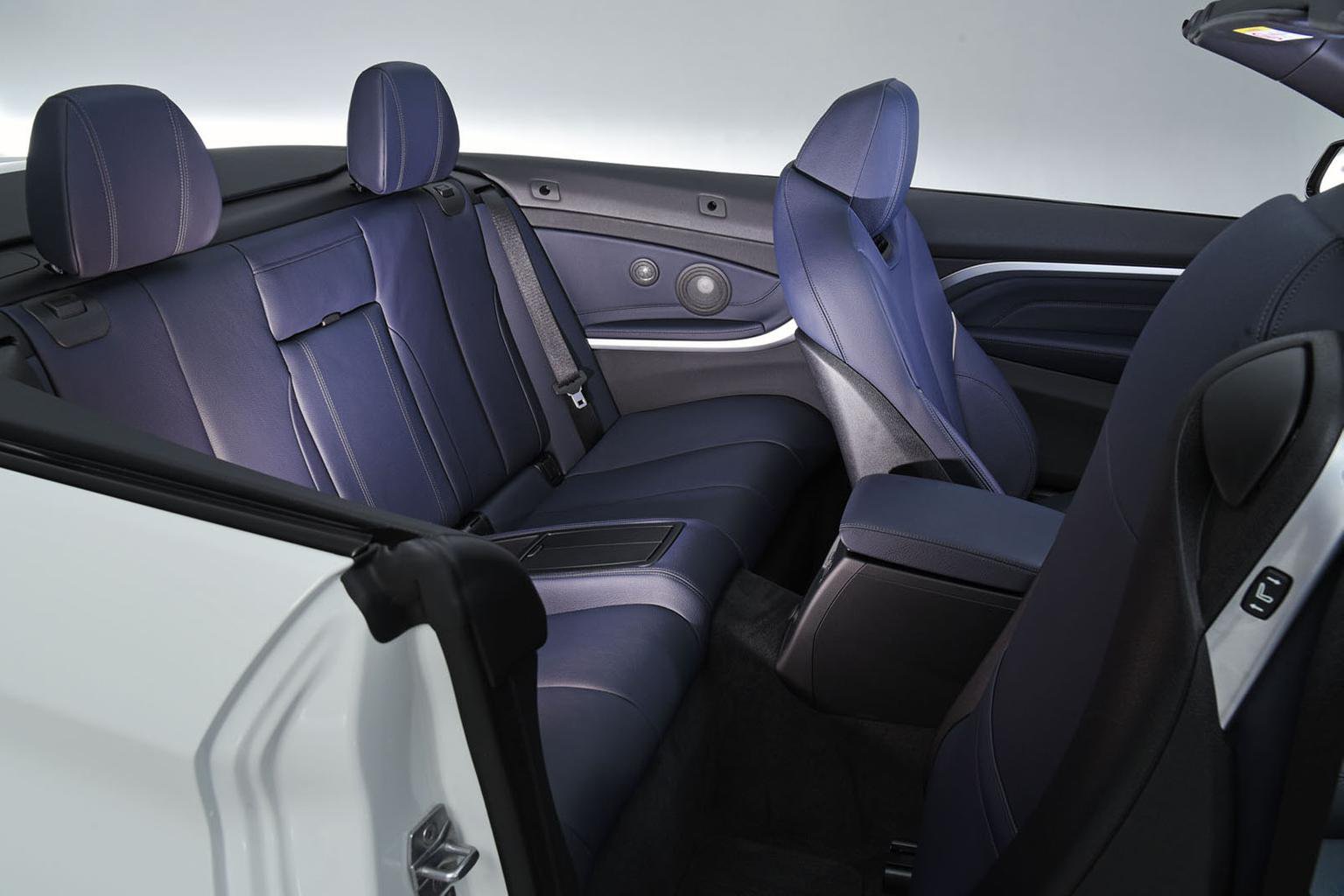 Another two adults will fit in the rear seats, but they’ll be hemmed in – more so in the A5 than the 4 Series. This is partly to do with the 4 Series’ slightly more generous head room, but mainly because its rear seats are wider.

No one reasonably expects an open-top to impress when it comes to boot space, but the A5 stands out here. Less of its boot is taken up by the roof mechanism when you’re going al fresco, and the luggage area is wider, longer and squarer in shape. Roof up, we managed to fit six carry-on suitcases in the A5, versus just four in the BMW.