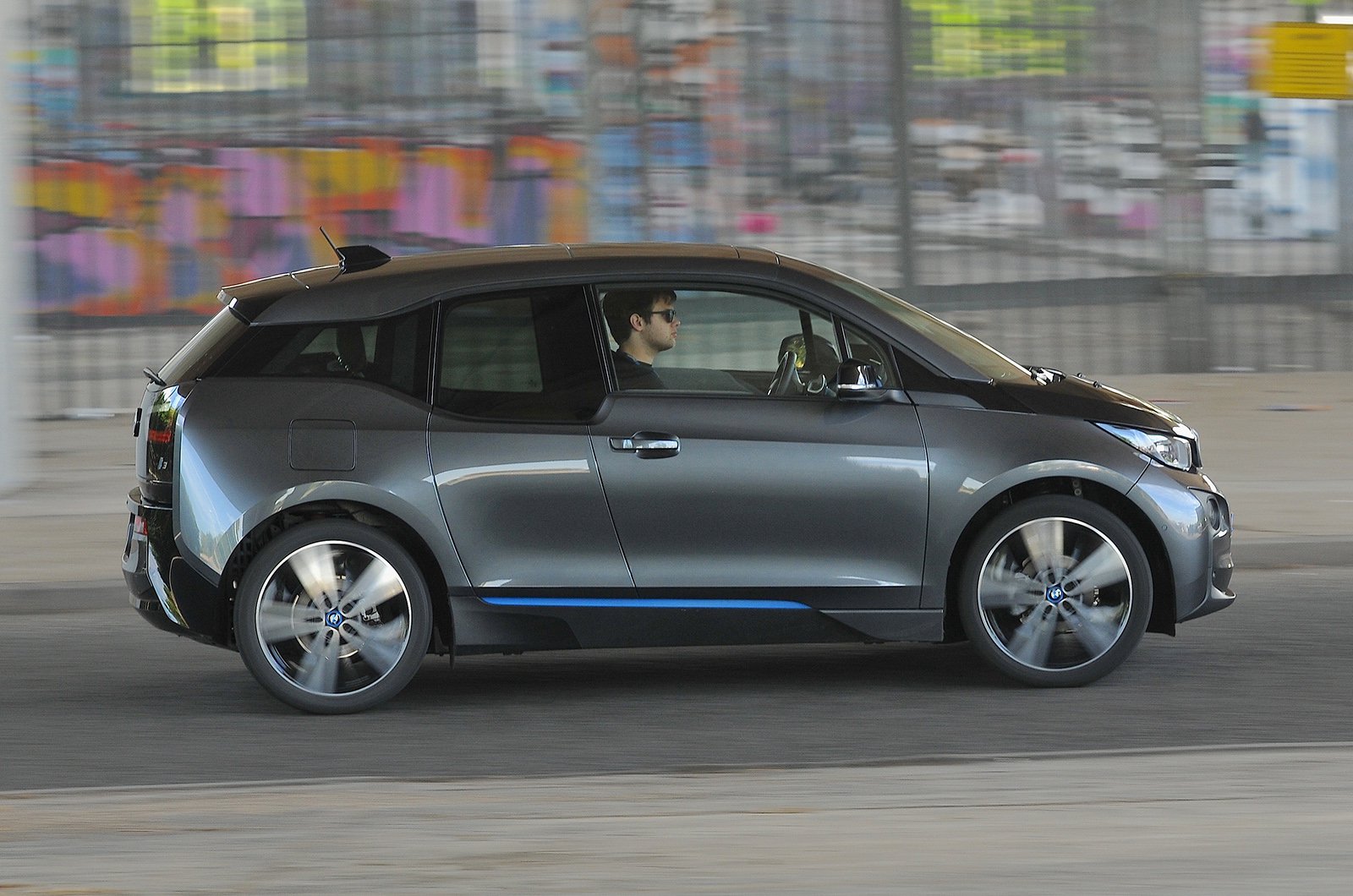 Although the e-Golf is one of the most futuristic hatches on the market, its interior is distinctly traditional. In fact, apart from some blue stitching on the steering wheel, a bespoke digital instrument panel and extra modes on the gear selector, there’s little to indicate that it’s an electric car at all. And for some, that familiarity will be a major drawcard. 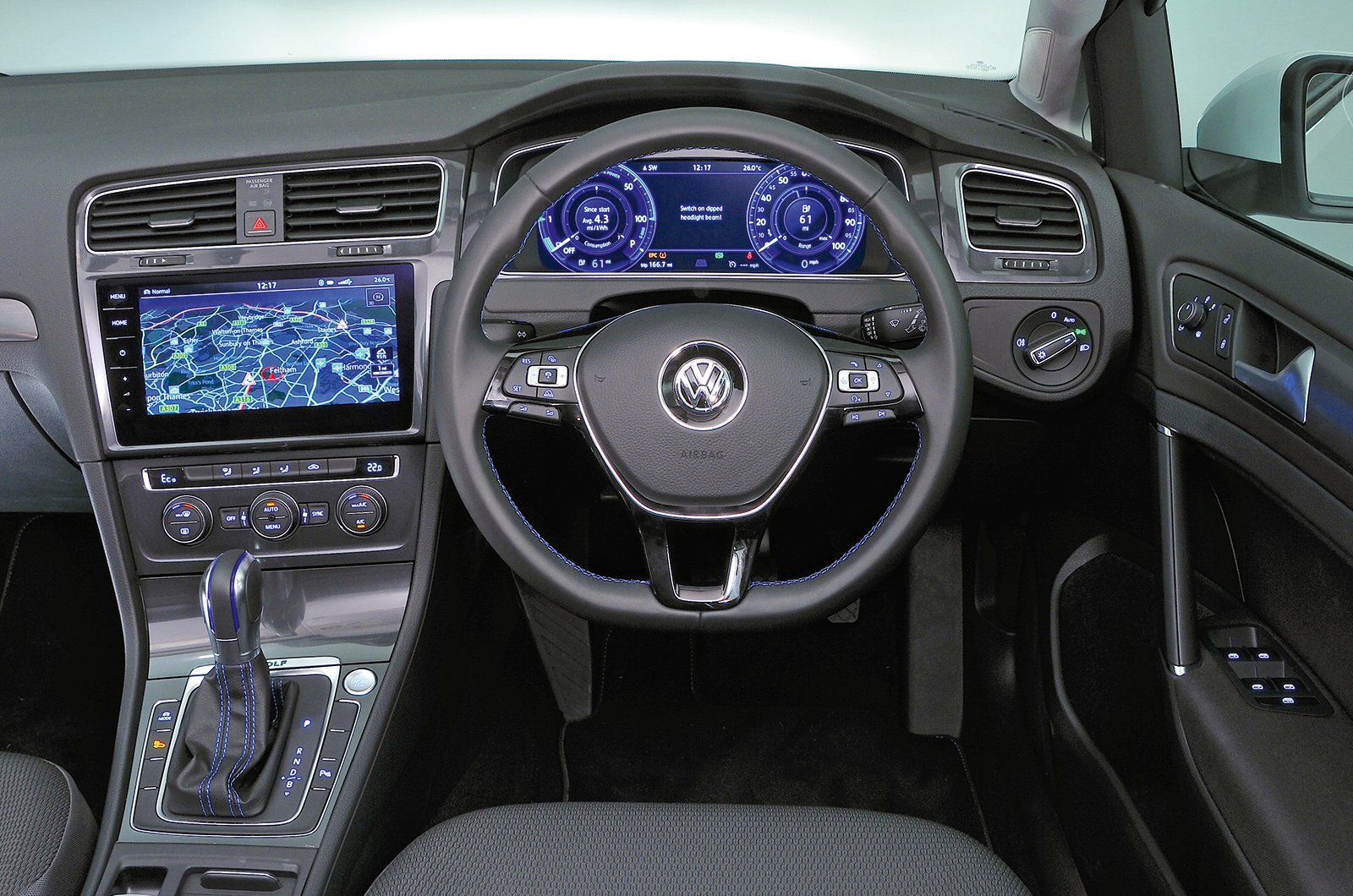 By contrast, the i3’s interior looks far more modern. The upright seating position, low dashboard and large windscreen give you a panoramic view of the road ahead. BMW has also done away with traditional instrument dials, opting instead for a small digital screen ahead of the driver. Most other functions are handled by the central infotainment screen.

Our only real gripe is that the i3’s driver’s seat doesn’t offer adjustable lumbar support, even as an option, and despite looking distinctly premium, there are a few areas (such as the leading edge of the glovebox) where the VW has the BMW beaten for build quality. 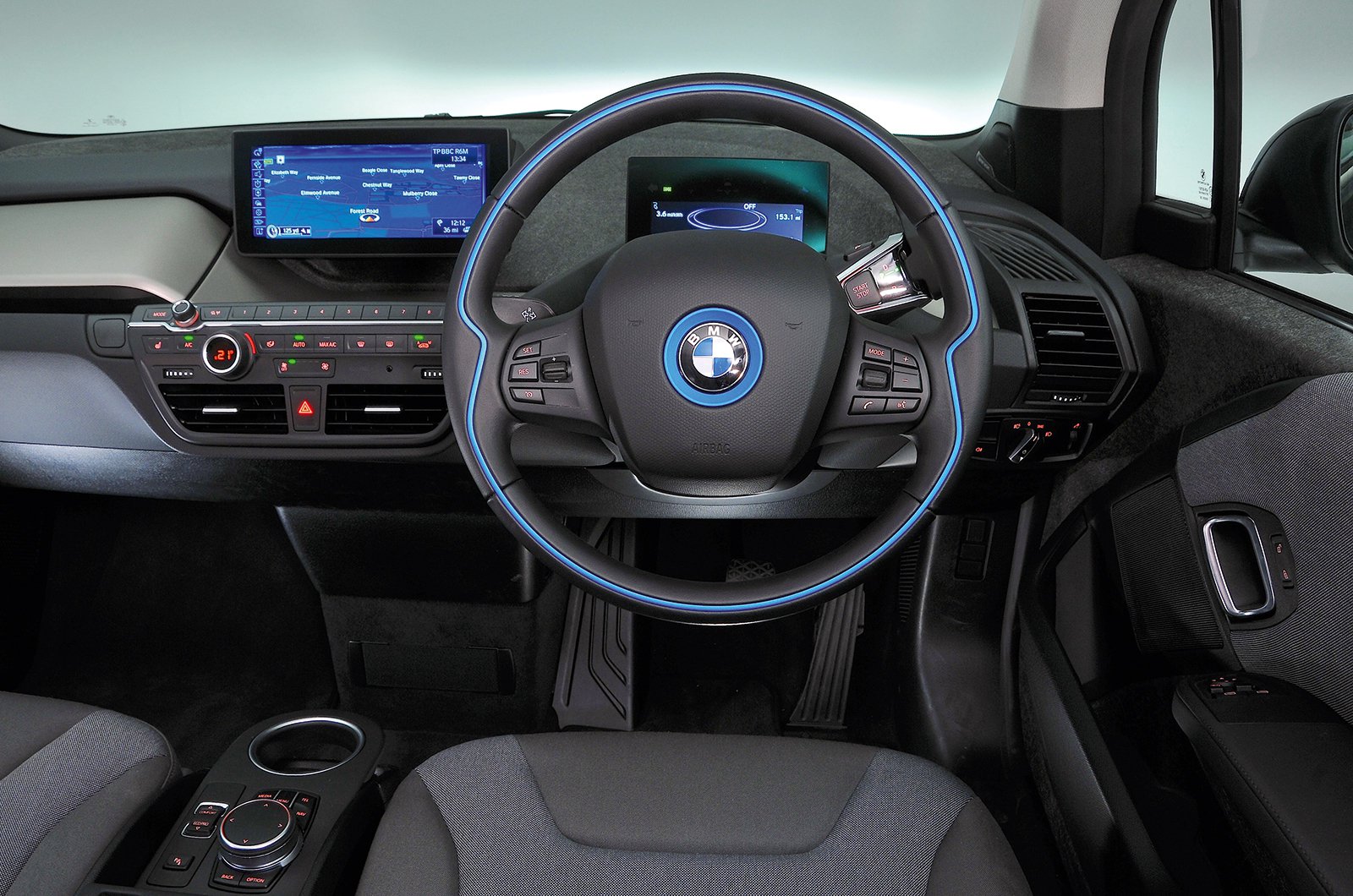 Both cars are spacious in the front, although the i3 feels roomier, because there’s no conventional centre console. The fact that the parking brake switch and drive selector are both located on the steering column also frees up space between the front seats. 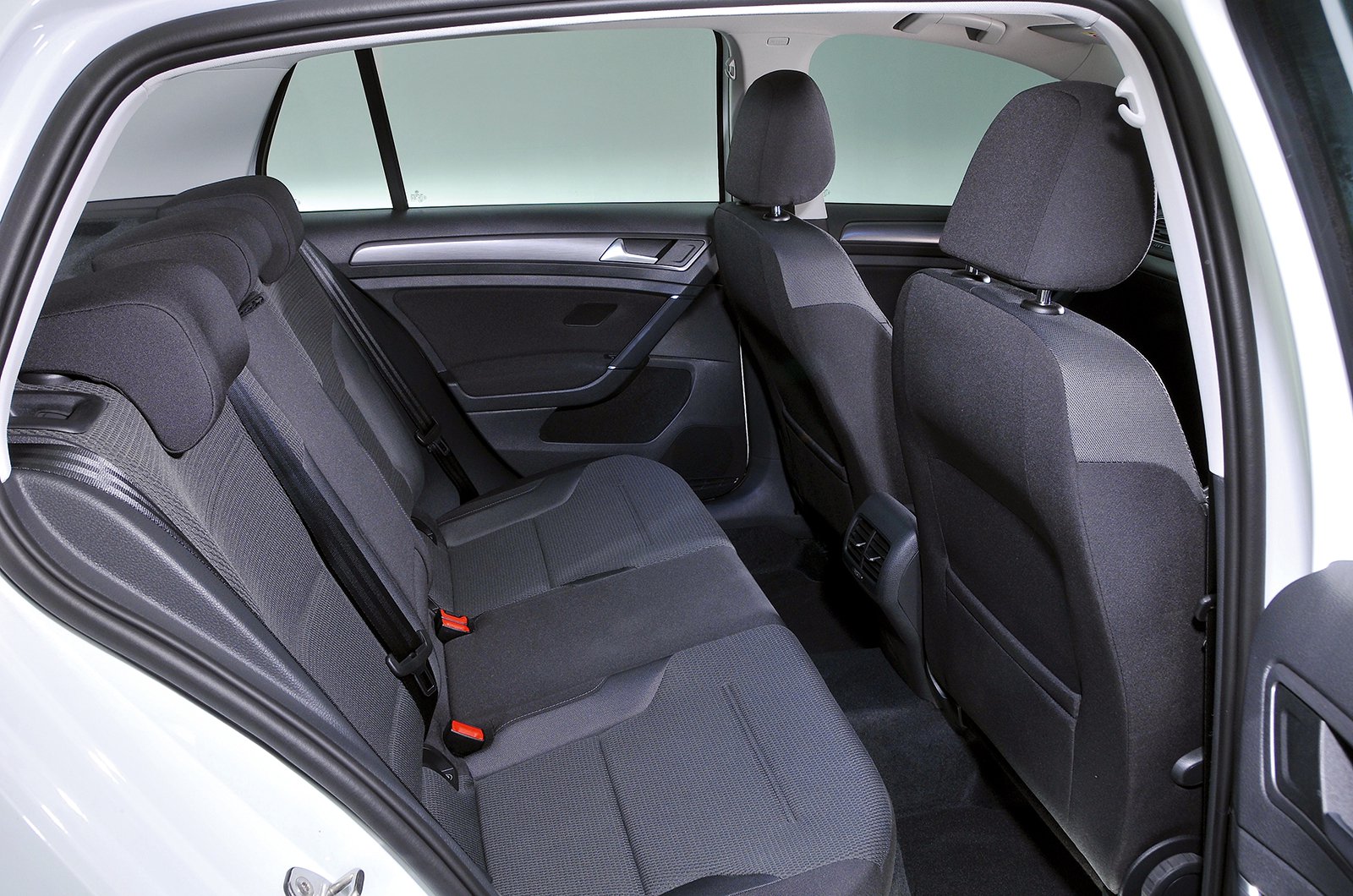 Things are different in the rear, though. While the e-Golf offers easy access and enough head and leg room for six-footers, the i3 is decidedly cramped and claustrophobic. And although those rear-hinged doors look cool and open to reveal a decent aperture, a high floor hampers access. What’s more, the fact that you can’t open the rear doors without first opening the front ones is highly inconvenient. 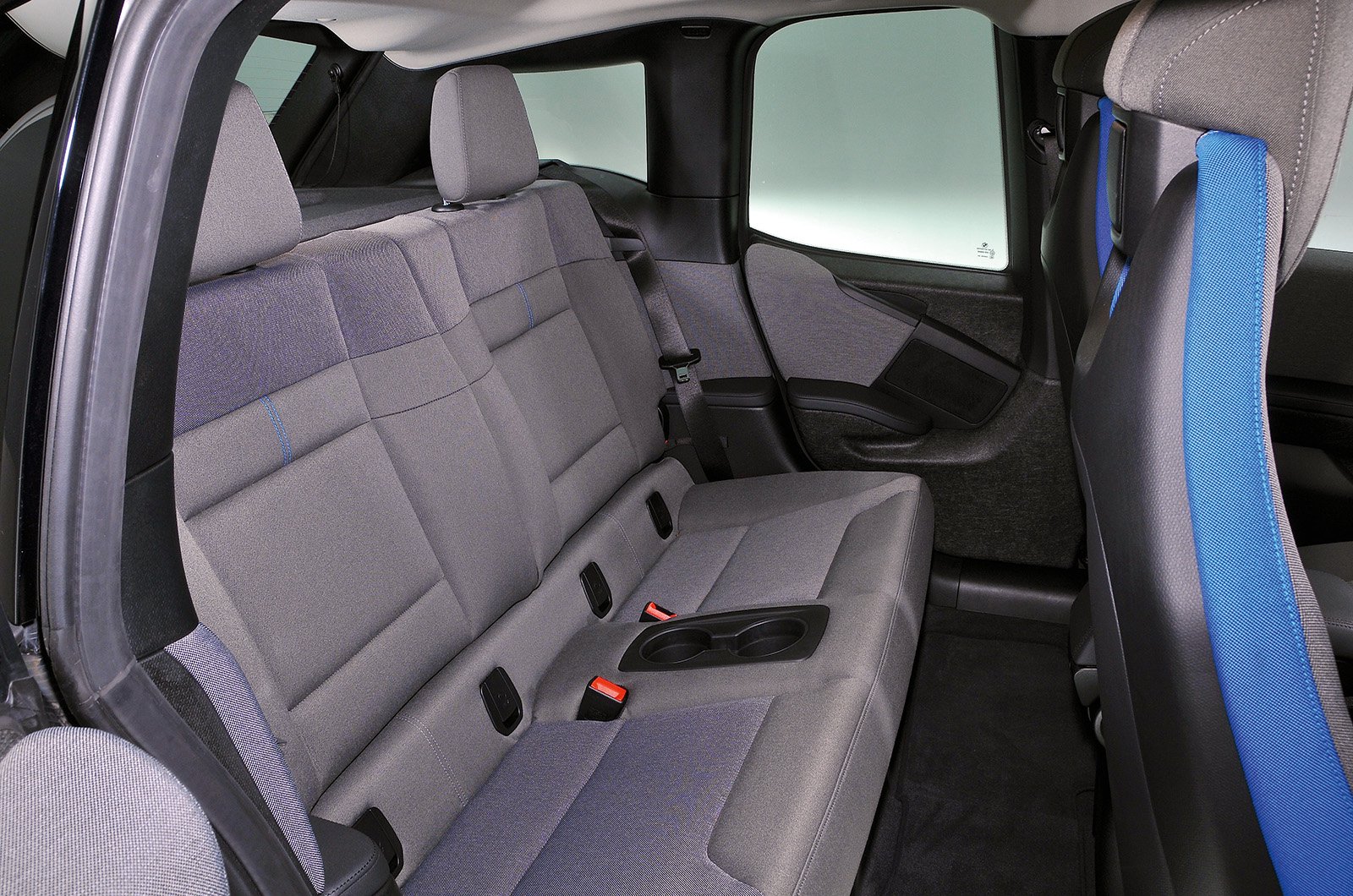 The four-seat i3’s rear seatbacks fold down in a 50/50 split, whereas the five-seat e-Golf’s split 60/40. Both cars have a similarly wide boot opening, and there’s virtually no load lip on the i3, but the e-Golf is in a different league in terms of capacity. The i3’s boot is smaller than a Ford Fiesta’s, with just about enough space to swallow a modest weekly shop.