All our contenders have fine driving positions, with a comfortable seat and a height and reach-adjustable steering wheel, but the Volvo XC40 is the best here, for two reasons. With R-Design Pro trim you get multi-way electric seat adjustment, including adjustable lumbar support. The Volkswagen Tiguan gets manual adjustment, also including adjustable lumbar support. Both these cost extra on the BMW X1.

The other reason is the XC40’s lofty driving position, which makes it feel the most SUV-like. It’s the highest here, with the X1’s by far the lowest. 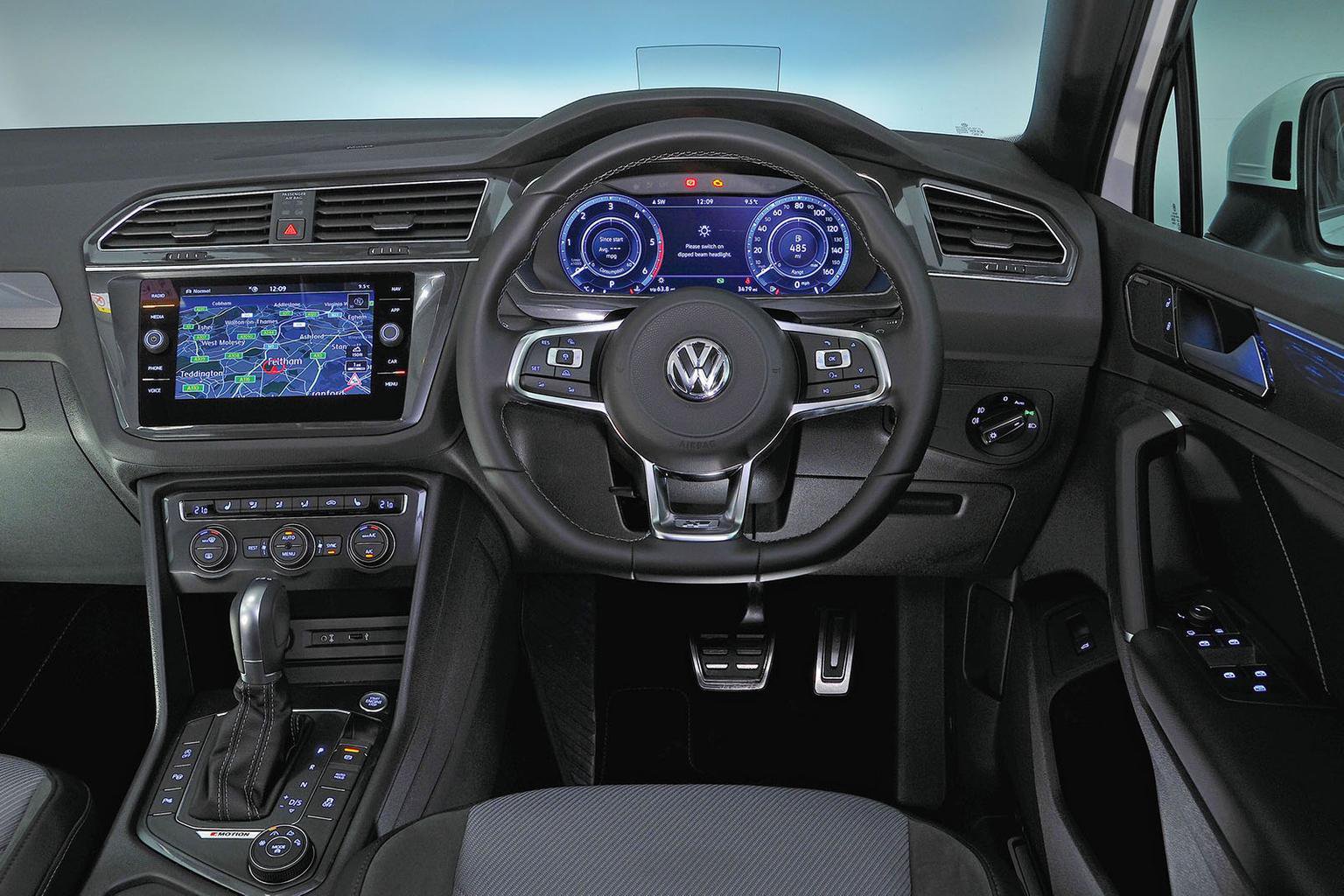 We do have one criticism of the XC40: its climate control system. You adjust it using the touchscreen, which is far more of a faff than the physical controls in the others, although you can also do it with voice control, which works well.

Being so high up also gives you a clear view forward, although the XC40’s upswept rear windows limit your view when reversing. All three cars get rear parking sensors but require you to pay extra for a rear-view camera.

In terms of infotainment, the X1's system, with its 8.8in screen (an upgrade from the standard 6.5in one from new), is the best of our bunch. It responds quickly, its menus are intuitive and its rotary controller is less distracting to use while driving than a touchscreen – technology both the Tiguan's 8.0in and the XC40's 9.0in units make use of. However, that's no deal-breaker by any means because all three systems are easy enough to use. 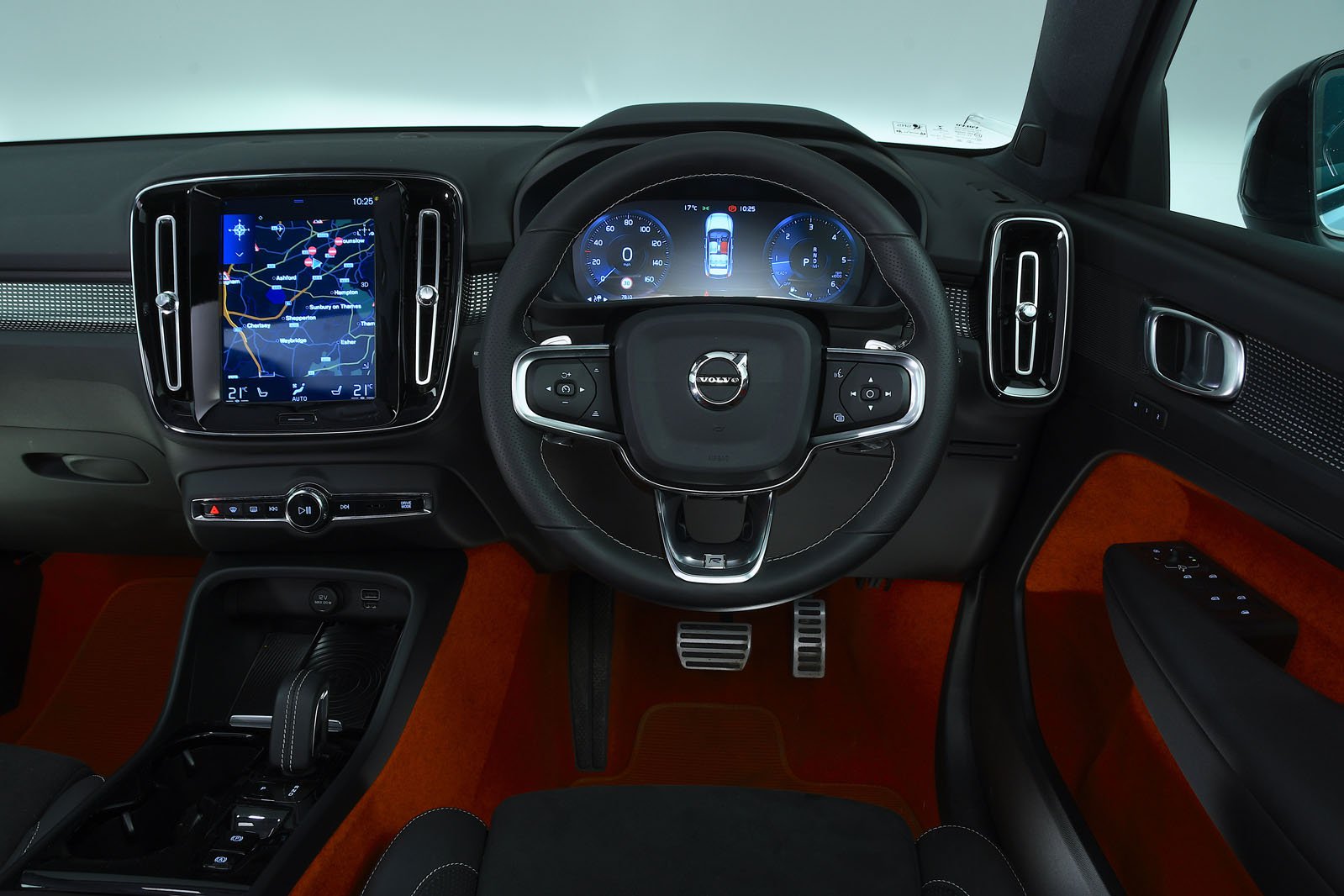 The X1 and XC40 both score highly for interior quality. Their construction gives the impression they’ll deal with a battering from kids and dogs, yet they still look and feel plush, and are laden with lush, soft materials. The Tiguan feels solid but has the most hard plastics and doesn’t have quite the same classy air as its rivals.

We have no complaints about how much space there is in the front of any of these cars. All have plenty of room for long legs, and even with sunroofs fitted across the board (standard on the Tiguan, optional on the others), a six-footer’s head won’t brush the roof. They all have relatively wide interiors too.

In the back seats, some appreciable differences appear. Unlike the XC40, the Tiguan and X1 come with sliding and reclining rear seats so you can prioritise leg room or boot space, and rear passengers can recline their seats. 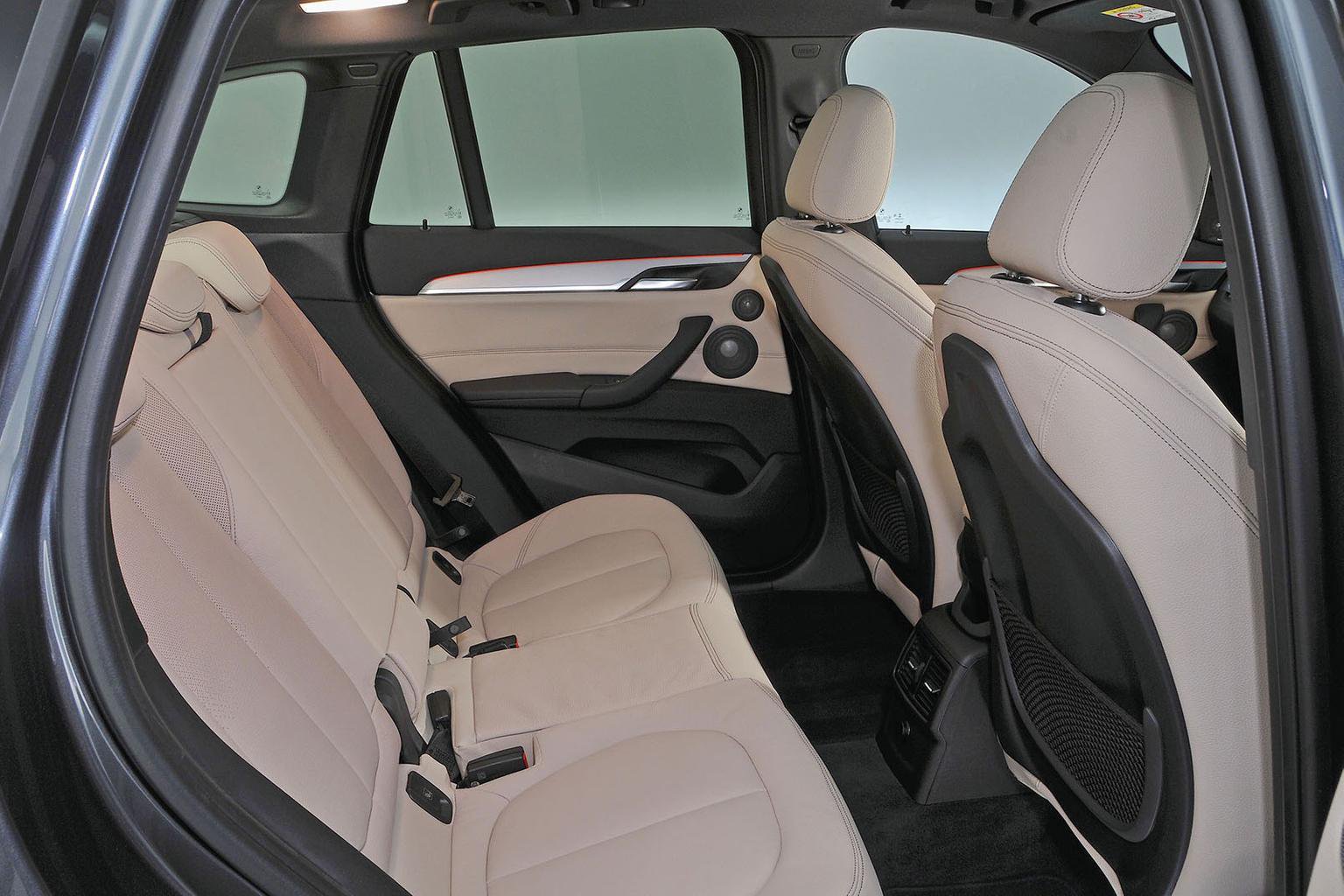 The XC40 and Tiguan have slightly less rear knee room than the X1, but the design of the Tiguan’s front seatbacks allows taller people to sit with their legs at a more natural angle. In truth, though, tall people will be more than comfy in the rear of any of these cars. The X1 is best for seating three in the rear, mainly thanks to its relatively low central floor hump.

We squeezed seven carry-on suitcases into the Tiguan’s boot, although the awkward ridge in its floor behind the back seats presented a challenge. The X1 and XC40 managed six cases in their main boot area, but both also have large underfloor storage areas. The XC40 took one more case below deck, while the X1 had space for two.