You can save between £5000 and £8000 on these scorching hot hatchbacks by buying them at a year old. But which should you choose?...

If you prefer a sportier feel with a higher window line and wraparound dashboard, the Type R is the one for you. Its enveloping bucket seats feel like they were designed for track use, too. The ST’s bolstered Recaro seats still grip you well, and because they offer six-way electric adjustment as standard, including for lumbar support, on balance it’s a better proposition for daily use. 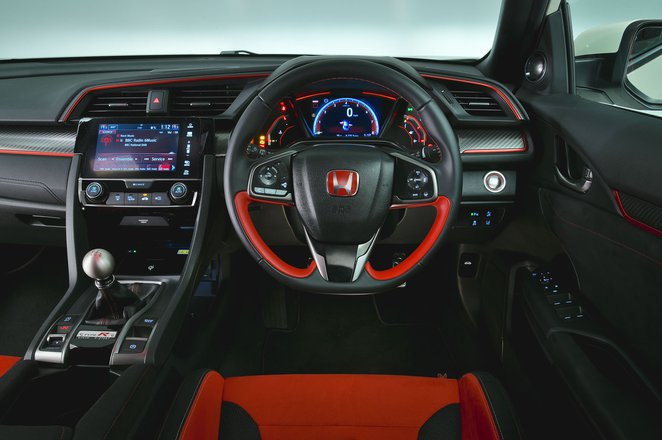 Both cars have a multitude of steering wheel buttons for sifting through a dizzying array of menus within their instrument arrays. These are a faff to use, but at least the ST’s are logically labelled; the Type R’s most certainly are not. It does give you a fully digital instrument panel, though, while the ST retains clear analogue dials.

As far as the infotainment systems go, the ST’s 8.0in touchscreen is placed high on the dashboard to make it easy to see, and it has decent graphics and a range of shortcut buttons for quickly jumping between menus. It’s not the most responsive, though, and some of the icons are quite small. You get smartphone mirroring to use apps such as Waze from the screen. The standard B&O sound system lacks punch and mid-range.

We’re always criticising the Civic’s system, and with good reason. It’s like something from the 1990s, with poor graphics, tiny icons and confusing menus. It doesn’t help that the volume is controlled by a fiddly touch-sensitive button, so even that’s a pain to use. Thankfully, you can bypass Honda’s software and use your phone’s instead, via Apple CarPlay or similar. The stereo sounds pretty decent, too. 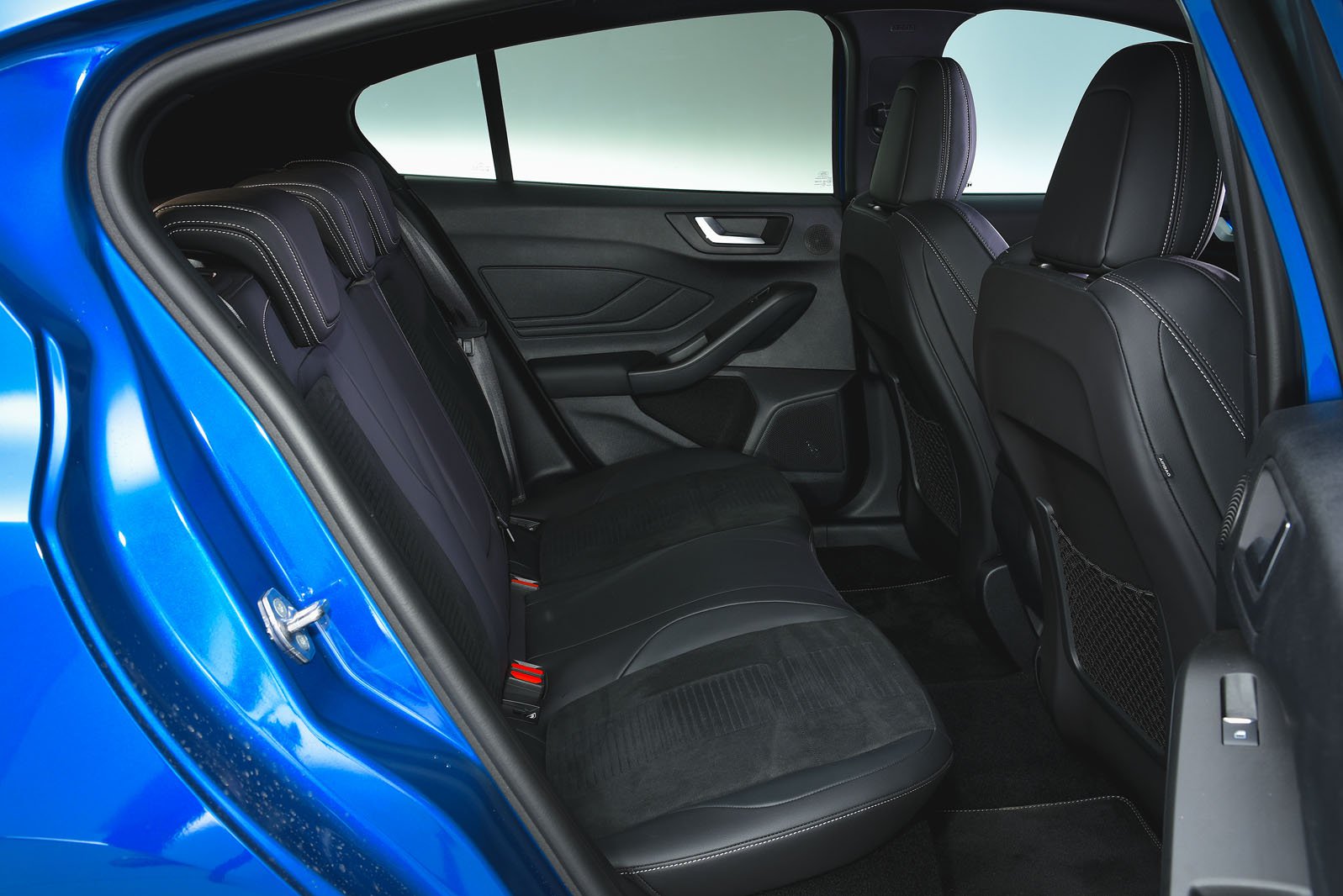 Quality is a mixed bag. It’s fair to say that neither car will be sold on the plushness of its interior; there are some softer surfaces but also unhealthy doses of rougher plastics and cheap-looking faux-carbonfibre trims. The ST’s attempts at these are less convincing, and it doesn’t feel as solidly screwed together.

These two are among the most practical hot hatches on sale. Front leg and head room are generous in both, and they have plenty of storage space for cups, keys and phones. 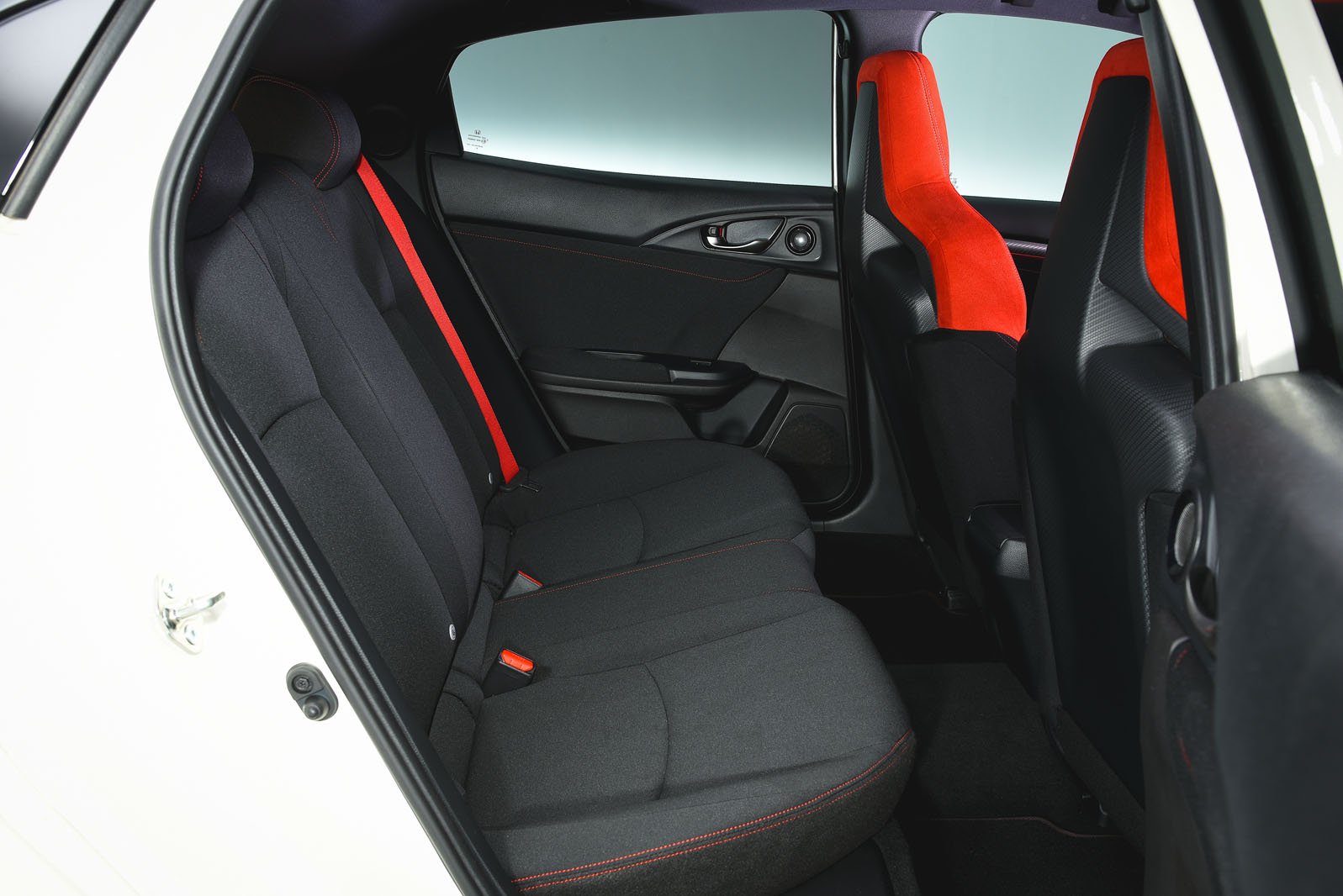 They’re both roomy in the rear seats, too, although 6ft-plus adults will be slightly happier in the ST (there’s a little more head and leg room). If you’re carrying three rear passengers, there’s no contest: the Type R has only two rear seatbelts, so by default the ST is better and three abreast will fit relatively easily.

The Type R pulls it back on boot space, though. Because the ST comes with a subwoofer for the sound system that lives under its boot floor, the luggage bay is smaller than that of the regular Focus. It can hold just five carry-on suitcases, while the Type R can swallow seven. But you only get a flimsy tonneau cover on the Type R, whereas the ST provides a solid parcel shelf. 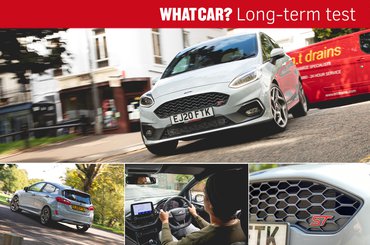