We like the regular Volkswagen Golf family hatchback, so surely an all-electric version is going to be one of the best cars around? Let's see if that theory holds up across four months of use...

We've had a Renault Zoe R110 in recently, and I decided to compare it with the e-Golf rival over a long weekend. Having driven our long-term Nissan Leaf a few weeks ago, it seems only fair to give the ‘other’ big-selling EV in the UK a go too.

Right off the bat, the Zoe and the e-Golf are very different cars. The Zoe is light and smaller-bodied than the Golf, meaning I got farther in the Zoe than I do in the Golf between charges. I could comfortably make it to work and back, with local weekend mileage in between in the Zoe, whereas the Golf struggles with my long commute. I got about 150 miles out of the Zoe between charges, compared with the Golf's 124 miles. 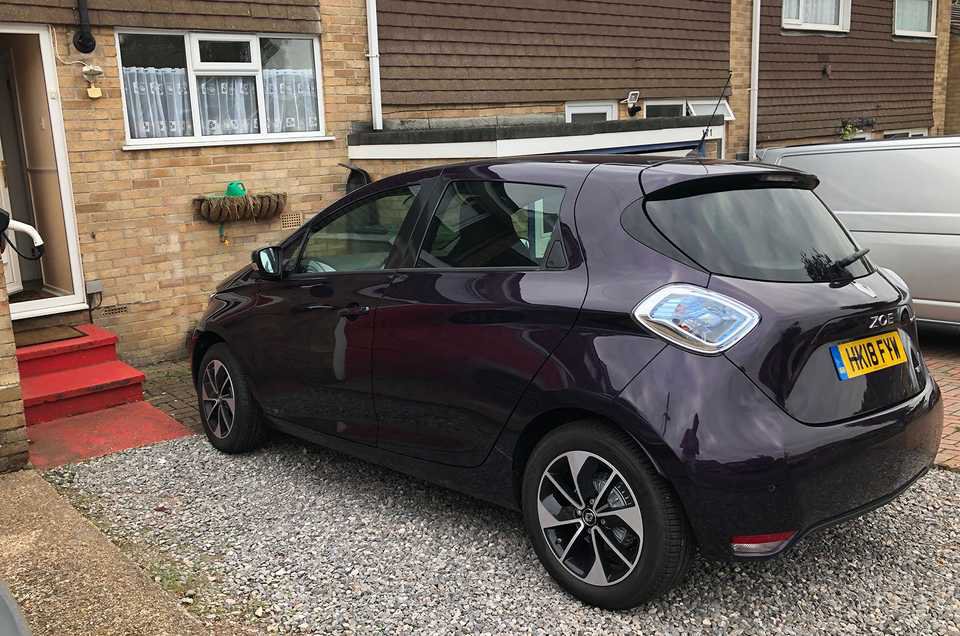 It’s far more basic inside, though. The e-Golf is a very high-spec machine, bringing the best of Volkswagen’s tech available on the Golf, a solid and ergonomically faultless interior and a decent driving position. You’re perched high in the Zoe, sitting almost on top of the car rather than sinking down into it, while the interior is fairly basic, with interior plastics that make the car feel far cheaper than its £28,520 starting price suggests. It's only £4210 less than the Golf, remember.

The biggest difference between the two, though, was the drive. Being a few months into our test, I’ve grown accustomed to the e-Golf’s handling, but returning to it after three days in the Zoe was eye-opening. The Golf feels planted and steady, cornering flat and composed, as well as picking up speed more confidently than the leaning, more urban-friendly Zoe.

In fact, so profound was the difference, that the Golf felt like a sports car in comparison with the Zoe, and not just because it’s a bit quicker. The regular Golf handles well to begin with, and out of the Zoe, e-Golf and Leaf, the e-Golf has by far the best handling. It’s the closest thing you’ll get to an electric hot hatch, and the best-handling EV this side of the £63,495 Jaguar I-Pace, in my opinion. For now, anyway.

More on our long-term Volkswagen e-Golf >