Home
News
Who has What Car? helped this month?
news

Can I get a refund on a faulty car?

Reader asks if he has the right to his money back

I just bought a 2008 Ford Focus 1.6 TDCi from a local car dealer. It was described on the advert as in superb mechanical condition. I had a short test drive before buying and it seemed okay. So I did a part-exchange with my Range Rover, for which they gave me £3750, and I paid another £2999 for the Focus.

As I was driving the car home, I turned the heater on and was hit by an oily smell.When I got home, I could smell oil from the engine bay. I checked the dipstick and it revealed that the car had been over lled with oil.

I called the RAC to check the car over. When the man removed the engine cover, we could see what looked like oil and diesel everywhere. He said it looked like the injector seals were leaking and needed replacing.

I told the dealer about what we’d found and was told that I could take the car to a garage of my choice to get it xed and the dealer would cover the cost.

I’ve only had the car for a couple of days and was not expecting all this hassle. I don’t want to get it xed, because I’m concerned there could be other faults. Can you tell me what my legal rights are?

Stuart has owned the car for less than 30 days, so he’s entitled to a full refund under the Consumer Rights Act of 2015. He doesn’t have to get the car repaired or accept any offer from the dealer to get it fixed.

If the dealer refuses to accept the rejection of the car, he can start legal proceedings in the small claims court or try to come to an agreement with the dealer to get his old car back or get an alternative vehicle.

If he takes the legal route, a written report from the RAC con rming the faults on the car would be good evidence to back up an assertion that the car is not of satisfactory quality.

It’s also worth checking if the dealer is signed up to The Motor Ombudsman’s Codes of Practice. These set down guidelines on how dealers should deal with complaints.

We emailed our advice to Stuart and received some good news a couple of days later. He said: “The dealer offered me my old car back or the money to get the Focus fixed. I didn’t want to take up either of those options and, in the end, I returned the Focus and bought a Vauxhall Corsa from them instead. This cost a little more than the Focus, but I’m much happier with it.” 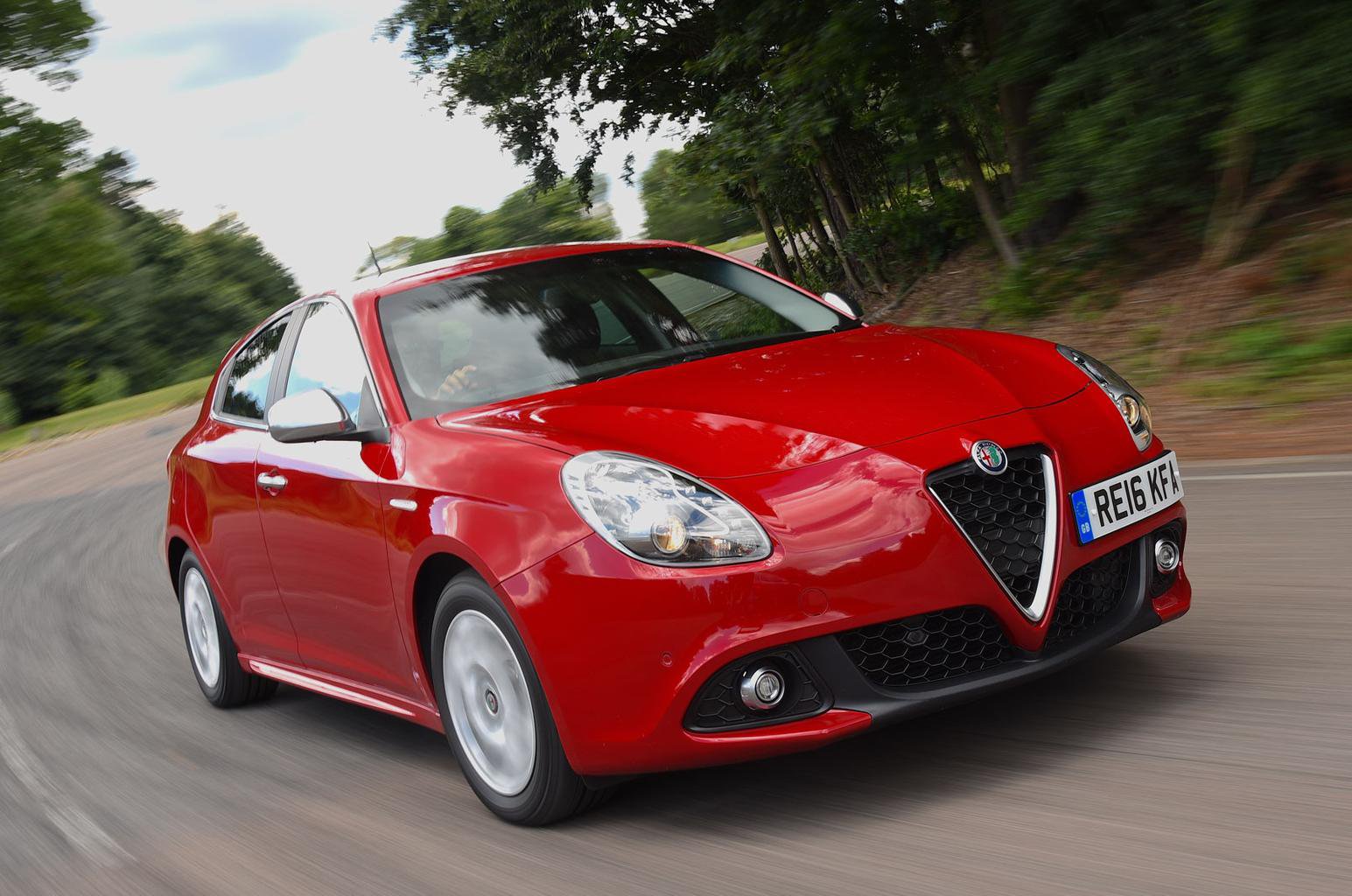 I have a problem with the side windows on my six-month-old Audi TTS. They freeze in cold weather, causing the doors to not close. The issue has happened several times and I’ve been to two dealers to x the car, but the problem persists.

This has left me feeling vulnerable when alone at night or early in the morning. All I can do is sit in the car with the doors not shut properly, waiting for it to defrost; anyone could come to open my door and get to me or my car. My other option is to drive the car without the driver’s door shut properly, but that’s just as much of a safety issue.

I have written to the dealer that sold me the car, saying that I am rejecting the car because it is not of satisfactory quality. I am not willing to risk my safety.

Deborah was one of nearly 20 TT owners who contacted What Car? during the cold weather this year to tell us about the same problem; when the temperature drops below zero, the side windows freeze shut. If a door is prised open, it won’t close properly and the car isn’t driveable.

The problem is caused by the door seals freezing onto the window. The windows are frameless, so they need to drop a little to allow the door to open, but they can’t do that if they’re frozen. If the door is forced open, it can’t be closed until the window mechanism has thawed; this can take 20-30 minutes.

Another owner, Mark Tasker, told us that in freezing temperatures he would resort to pouring hot water over the door seal and trying to break the ice by sliding a credit card between the seal and the glass. “If you are lucky, this will allow the window to drop and the door to be opened,” he said. “However, if you’ve used this method in the morning and sub-zero temperatures persist all day, the problem is worse later because of all the water you’ve poured on the seals.”

We agree with owners that this appears to be a design aw, so we contacted Audi to find out what it was doing to resolve the problem.

We sent Audi details about a number of cases, including Deborah’s. Within 24 hours of our correspondence, Deborah’s dealer had agreed to take back her TTS and assist with resolving the finance on the car. Audi UK did not respond positively at first. It said all frameless windows are susceptible to sticking in icy conditions and that the windows work properly in normal weather.

Later, we were told that a revised window seal had been integrated into series production and is now available at UK Audi centres. “Customers who have been experiencing problems during the colder months can contact their local Audi centre for further information,” an Audi spokesman said.

We believe all current-generation TT owners whose cars have suffered frozen windows should now be able to take the cars to their Audi dealer and ask for the seals to be replaced.

I put down a £200 deposit for a car at Vauxhall Mansfield a week ago and, a couple of days later, I was phoned by a salesperson and agreed to buy the car. However, I’ve now changed my mind and don’t want to go ahead. I was told that I had entered a binding contract and had to buy the car, even though I’ve not signed any paperwork. Is this true?

There are two reasons why you are not legally obliged to buy the car. First, you agreed to buy it on the phone, so distance selling laws are applicable; they state that if you buy anything remotely – for example, online or over the phone – you’re allowed a 14-day cooling-off period to change your mind.

Second, you need to have signed a contract to be legally bound to buy the car. We’d suggest that you point these things out to the dealer.

If the dealer still insists that you have to buy it, you should complain to Vauxhall’s customer service and The Motor Ombudsman. 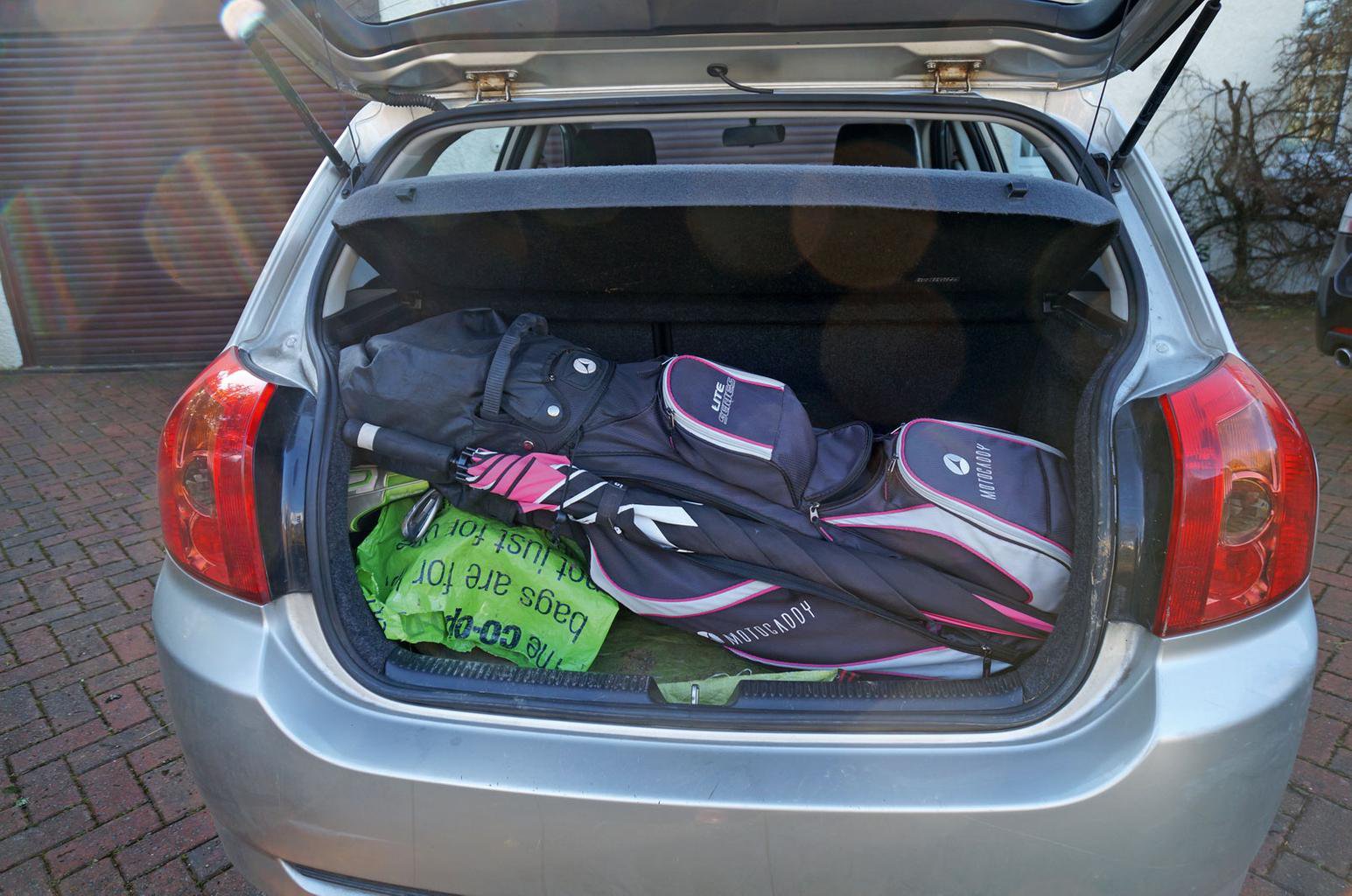 A mid-sized SUV for our needs

Older couple want a replacement for their ageing Toyota Yaris

My husband will be 82 in May and I will be 80 in September. We have been happily driving a 10-year-old Toyota Yaris.

We would now like a new or low-mileage, used mid-sized SUV that fits the following criteria: petrol, automatic gearbox, high driving position and electric tailgate.

We have found that the models called mid-sized are actually large. But the smaller SUVs do not have electric tailgates. Our favourite so far is the Peugeot 3008, but we are reluctant to buy a larger car than we need. We are getting frustrated. Can you suggest a car that fits our criteria?

The smallest SUVs don’t tend to have electric tailgates, even as an option.

The Audi Q2 is shorter and not as tall as a 3008 and can be specified with an automatic tailgate in SE trim with a 1.4 petrol engine and auto gearbox. It works out slightly cheaper than a 3008 because the tailgate can only be added to pricier trims of the 3008. The Seat Ateca is a little smaller than the 3008 and can be specified with an electric tailgate, a 1.4 petrol engine and an auto ’box in SE trim. It’s the cheapest option, too.

However, the 3008 is one of our favourite SUVs, so if you go with that option you’ll still get a great all-rounder.