There are plenty of coupes around, but the Peugeot 407 Coupe doesn't fit into the little gang that's made up of regulars such as the Nissan 350Z, Audi TT and Mazda RX-8. It just isn't sporting enough; although Peugeot stiffened and lowered the 407 saloon's chassis, the resulting coupe still lacks the nimbleness and poise of its rivals. It feels more at home on the motorway than on a country road.

Inside, Peugeot has gone for a high-tech look, but to some it will appear cluttered and gimmicky. Although the rear is cramped, there is room for four adults and plenty of boot space, too. 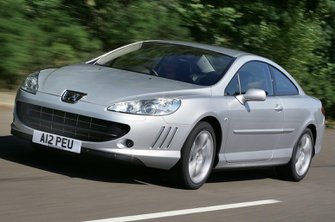