That enormous V12 petrol engine is the silent yet savage heart of the Ghost. It pulls effortlessly from low revs, with almost imperceptible gearshifts, ensuring that you simply glide through cities, along country roads and on motorways.

Should the need arise, it will catapult you from 0-62mph in a sports car-worrying 4.8sec, helped by assured traction from the standard four-wheel drive system. And you can retain an impressive pace when the road gets bendy; while the Ghost leans noticeably in corners, there’s masses of grip. The steering impresses, too; it’s helpfully light when you’re sweeping around town but weights up just enough as you go faster to help you place the Ghost accurately with confidence. And, as all four wheels steer as standard, at low speeds the surprisingly easy to manoeuvre for such a long, big, heavy car.

As with every other Rolls-Royce, the Ghost has air suspension as standard. Careful calibration ensures that it irons out most surface imperfections and deals with bigger bumps efficiently enough to make it one of the comfiest cars around, demolishing long journeys like a private jet.

And when you accelerate hard enough to unleash the V12’s tuneful, bassy soundtrack, that’s pretty much the only exterior noise that can penetrate the Ghost’s hefty sound-deadening. When exercising more restraint, the engine is so smooth, hushed and free of vibration that you really will sometimes wonder if it’s running at all. Wind and road noise is exceptionally well suppressed, harmonising with perfectly weighted pedals that make smooth stops and starts an entirely effortless business. This makes it easy for anybody to drive like the Queen’s chauffeur.

Add this all up and, while the Ghost’s Bentley Flying Spur, BMW 7 Series and Mercedes S-Class rivals offer similarly impressive performance on paper, none get close to the all-round cosseting luxury the Ghost delivers. 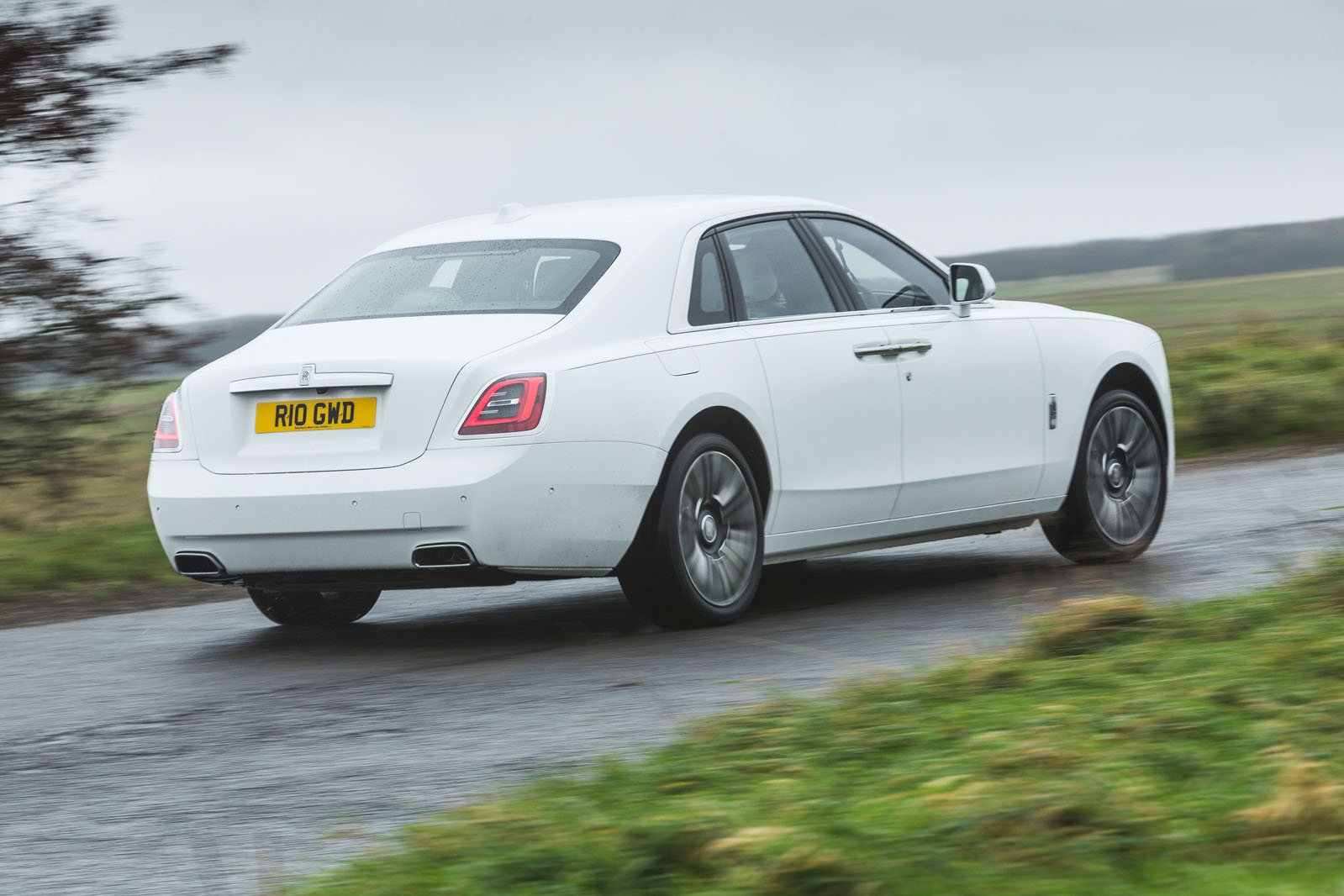