Of the electric cars currently available, the Seat Mii Electric is among the smallest. In fact, only a Smart ForFour EQ is smaller. But, even if you’re tall, sitting in the front won’t be a problem for you. Storage space is decent, too, with useful door pockets and a single cupholder located centrally below the dashboard. Another practical touch is the small shelf that divides an open-faced cubbyhole ahead of the gear selector.

The battery is stuffed under the rear seats, the bench being raised by 5cm compared with that of the petrol Mii in order to fit them underneath. However, the impact on space isn’t especially marked; thanks to the Mii’s comparatively boxy styling, there’s still a decent amount of headroom for adults. Those who are six feet tall and under should find enough room to be comfortable on short journeys, although taller folk will find their hair brushing the ceiling. Knee and legroom, meanwhile, should be just about acceptable if you aren’t especially tall. There are only seatbelts for four, though, and you can’t lower the rear windows; they pop-out instead.

An adjustable boot floor is an optional extra, and at its lowest setting the Mii Electric’s boot is impressively deep, but it doesn’t go back very far and there’s a big loading lip at the opening. A thoughtful touch, though, is the storage well just underneath the lip, where you can keep the charging cable close to hand. 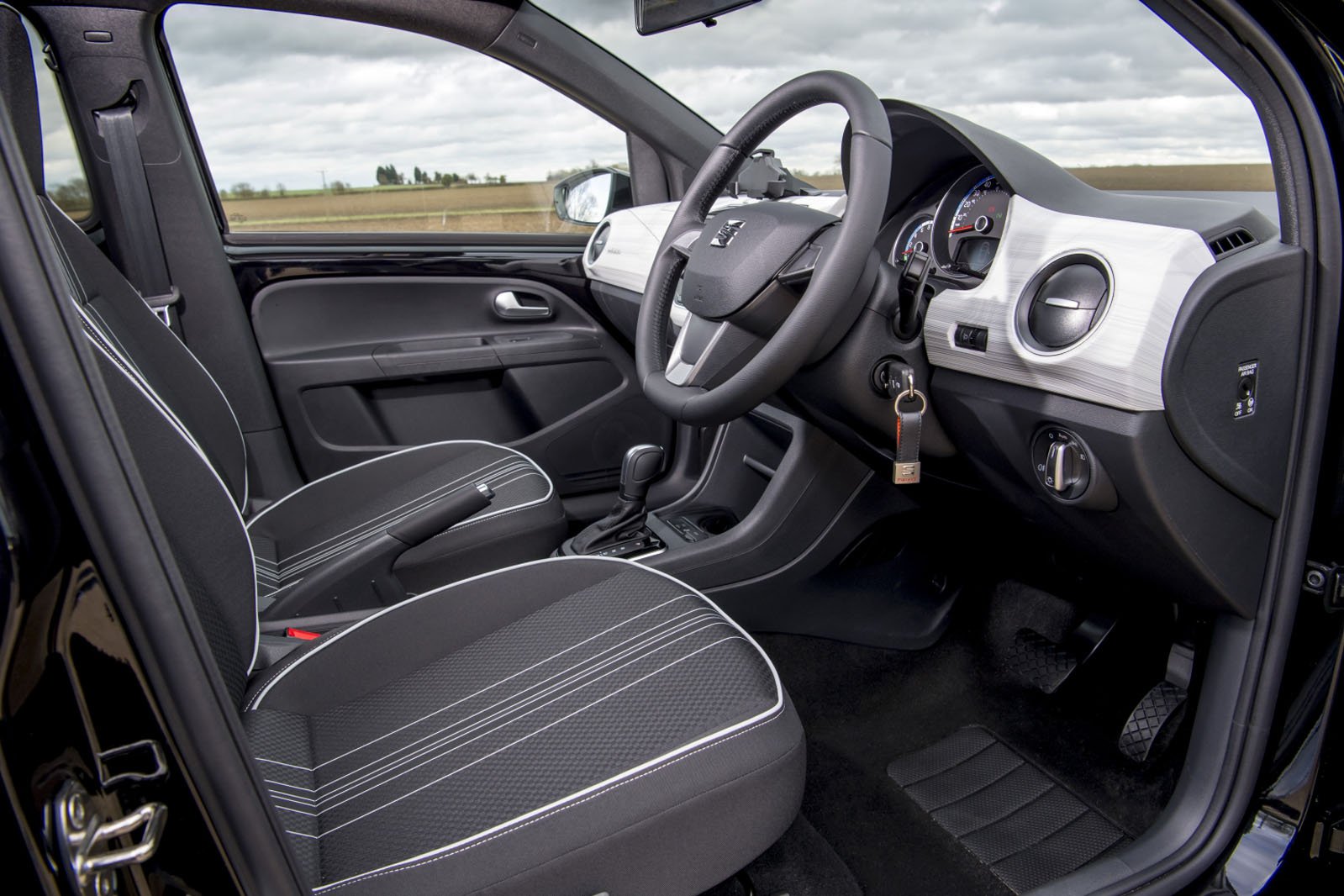