The Skoda Citigo is a lot like the Volkswagen Up and Seat Mii – in fact, they're almost identical. That’s because all three cars share the same basic structure, engines, gearboxes and so on. Park them side by side, remove the badges and you really would struggle to know which is which.

That’s actually rather good news for the Citigo, though, because it means it feels as polished as its posher VW sibling in almost every way, and yet should be a little cheaper to buy on the used market. Better still, the Citigo, Up and Mii triumvirate all offer a surprisingly 'big car' feel despite their diminutive dimensions.

Beyond those, there are Sport and the later Monte Carlo models, but be warned that both come with a firmer suspension that can unsettle the ride.

In 2019 it was all change. The Skoda Citigo e iV was announced, and rather than just tinkering with the Citigo’s petrol engines they were ripped out and stuck straight in the bin.

In their place was an 82bhp electric motor that was powered by a 36.8kWh battery pack. In English, that’s enough juice for 162 miles of range in official tests. That’s some way behind the likes of the Renault Zoe, but way more than the paltry range offered by the Smart Forfour EQ, and even the more upmarket – and considerably more expensive – Mini Electric.

While the Citigo e iV's power might not sound particularly mighty, you can still be pretty sure of embarrassing most cars off the line at the traffic lights. Beyond city speed limits, though, the Renault Zoe has a definite speed advantage. The Citigo e iV will manage motorway journeys (its top speed is limited to 81mph), but its acceleration at those higher speeds isn’t as swift as it is at lower speeds; while it only takes a gentle squeeze of the right foot to nip into a different lane of traffic around town, it’s harder to extract an equivalent burst of speed when overtaking on the motorway.

It’s when you get moving that all versions, including the earlier petrol cars, of the Citigo really impress, though, on account of the car's supple, quiet and well-controlled ride that puts to shame many larger cars.

Combined with light controls, good visibility and excellent manoeuvrability, all versions of the smallest Skoda are a delight to drive in towns and cities, while also feeling planted on the motorway and not nearly as bothered by crosswinds as other small cars. We would advise looking for a car with the smaller 15in wheels and avoiding the (optional-from-new) sports suspension that some cars come with for the best ride comfort.

The boot is deep enough to carry a weekly shop and you can get a false boot floor for all models to raise the load height. If you need more space, you can fold the rear seats almost flat. It’s worth noting that on entry-level S models the seatback is in one piece, whereas from SE onwards they are split in a 60/40 configuration.

The Citigo’s safety record is good, having scored a maximum five stars when crash-tested by Euro NCAP way back on its launch in 2011. One feature worth seeking out is autonomous emergency braking, which is optional on all but entry-level S models and might just prevent a costly bump in the future.

The Citigo was given the mildest of midlife facelifts in early 2017. However, so slight were the changes that you’d be hard-pressed to tell. In 2019, as mentioned, all petrol-engined versions of the Citigo were dropped, leaving only the all-electric version on sale. In 2022 this went off sale too.

If you're interested in buying a used Skoda Citigo, or any of the other cars mentioned here, head over to our used car classifieds site here. 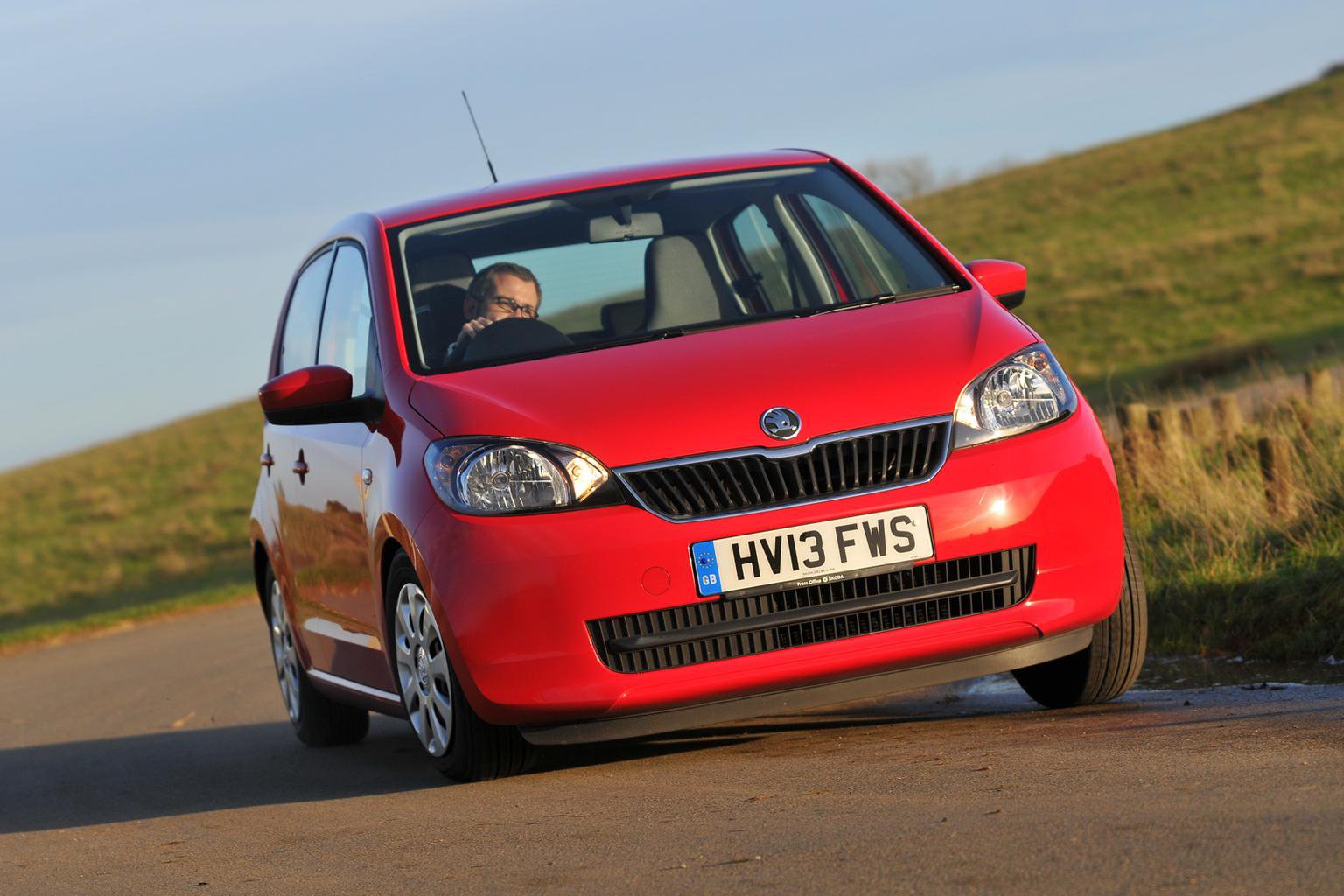