You sit quite high in the ForFour EQ, giving a good view forwards. Its thick rear pillars and narrow rear screen obstruct over-the-shoulder visibility compared with a VW e-Up, but entry-level Passion Advanced trim comes with rear parking sensors. If you upgrade to mid-level Pulse Premium you get a rear-view camera as well.

The interior feels solid with an attractive array of materials, including glossy plastics set against a nice fabric dash. It's a nicer place to be than a Seat Mii Electric, but a Renault Zoe's interior is even plusher, while the MG ZS EV’s is just as solidly made.

Speaking of Renault, Smart's inbuilt 7.0in Media touchscreen is also a Renault unit, but dates from the previous-generation Zoe. Navigation is included, as is a DAB radio, Bluetooth and Android Auto smartphone mirroring. If you have an Android phone (Apple CarPlay is coming later in 2020) that lets you bypass the Renault software and use your phone’s functions instead, such as its internet radio, Waze or Google Maps apps. That's a bonus, because the old-generation Renault software in the ForFour is clunky and slow, with crudely rendered sat-nav graphics – the current Zoe has a much better infotainment system that's both more modern-looking and far slicker to use.

An app is available for your smartphone that lets you check remotely on a number of features, such as the car's location and how much charge it has. 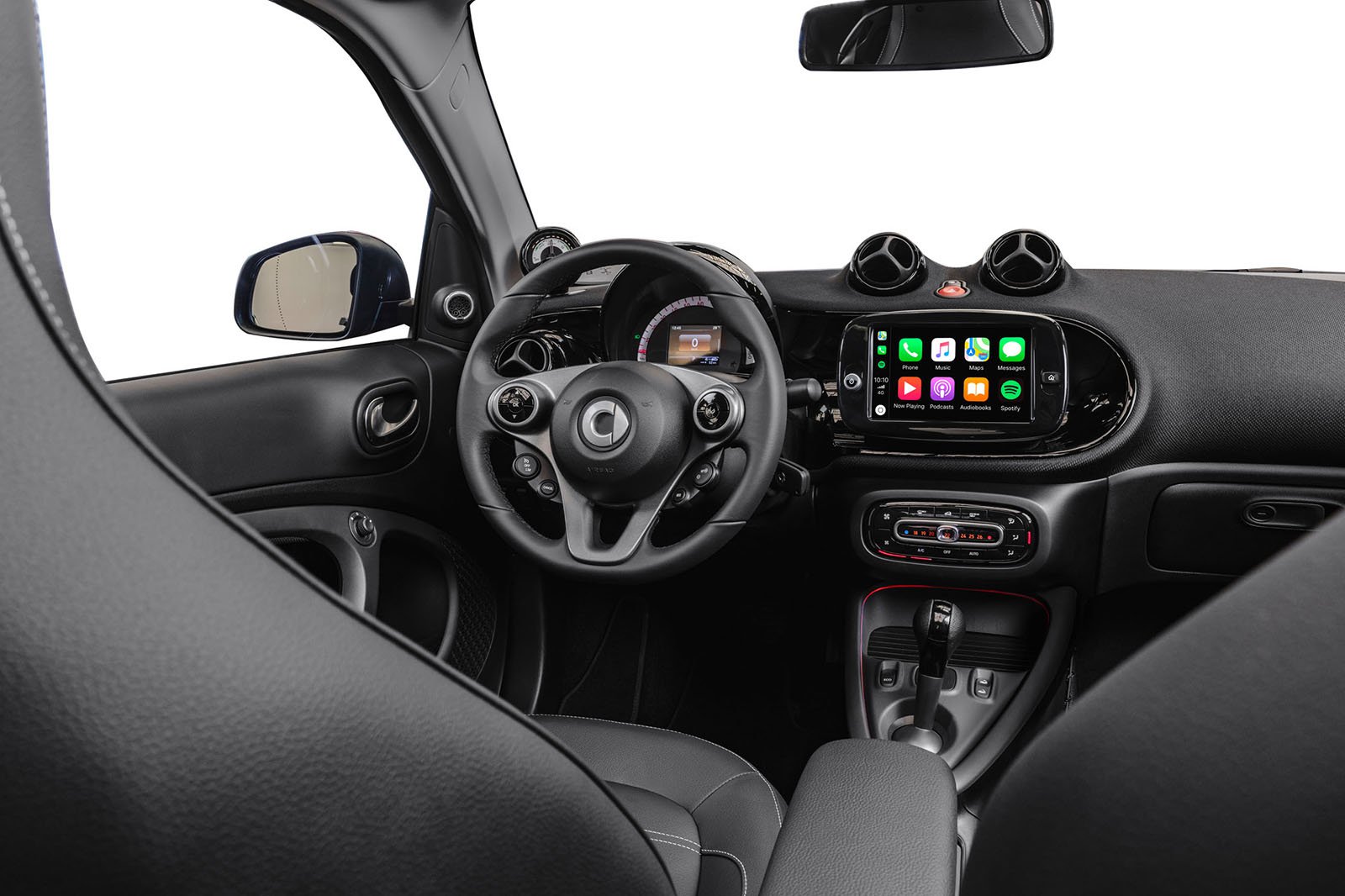