Suzuki has long since made rugged off-roaders, but they haven’t always made family-friendly ones. The SX4 S-Cross definitely falls into the latter category, offering the choice of two or four-wheel drive in a small SUV that’s not far off the size of a family hatchback.

Capable of traversing city streets just as well as it can a muddy farm track, the SX4 S-Cross competes with the likes of the Renault Captur and Skoda Yeti.

The car isn’t particularly brilliant at staying settled over poor road surfaces. Sharp mid-corner bumps tend to unsettle it and thumps from potholes and motorway expansion joins can be heard more than in rival cars.

The steering doesn’t let you know a lot about what the front tyres are doing, but it is at least precise, consistently weighted and light enough to make parking easy. All models suffer from intrusive wind and road noise.

Interior quality isn’t up there with the Yeti because the SX4 S-Cross uses a lot of hard plastics, making it feel cheap. The infotainment system fitted to mid-range SZ-T and above can’t match the slickness of rival systems, either, but it is at least quick to respond and simple to operate – although the touch-sensitive sliding volume control isn’t very easy to use while driving.

Space for the driver is plentiful and there are lots of storage areas. Rear seat room isn’t so generous – two adults can sit in the back (although the panoramic glass roof on top-spec cars robs head room) but three is a push due to the large hump in the centre of the floor. Boot space is near to the best in the class, with an extra storage space under the boot floor.

If you're interested in buying a used SX4 S-Cross or any of the other small SUVs mentioned here, head over to our used car classifieds site here. 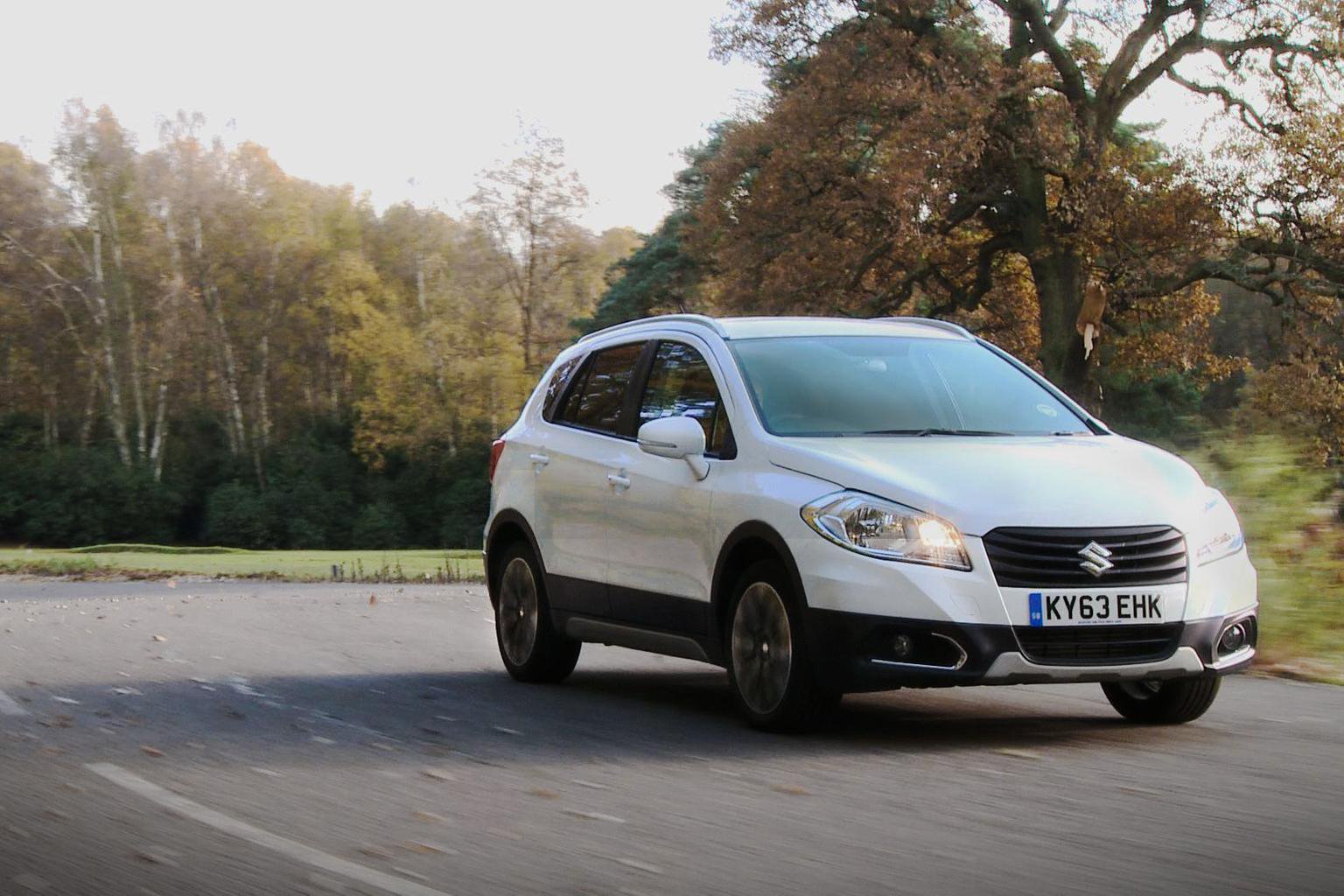