The RAV4 has been described as the offspring of a Toyota Landcruiser and a Ford Fiesta XR2, and that pretty much sums it up. It drives like a hot hatch, but looks like an off-roader.

The truth, though, is that it's much more of a hot hatch. Although it has full-time four-wheel drive, this is no Land Rover away from the Tarmac. There are no low-ratio gears, for example. On the other hand, no other 4x4 handles as well on the road. It's crisp through the bends, with little body roll, rides pretty well and is great fun.

The three-door version is the most fun to drive, but rather cramped in the back. So, families will prefer the larger five-door model, which gives you useful extra space and practicality, but without losing too much of the enjoyment. 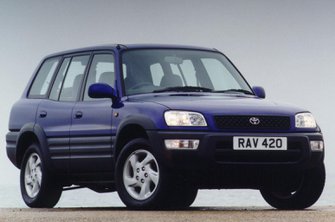