It’s Oz versus Kansas on the inside of the Beetle, too; there’s body-coloured trim across the interior to make things feel fresh and funky, and fashionable fabric on the seats.

Comfort is a little harder to attain than in a Golf, though, because there’s not much adjustment in the steering wheel. That roly-poly cornering isn’t helped by the unsupportive seats, either.

Rear visibility is decent, given the unique shape of the Beetle’s roof, but thick windscreen pillars make it difficult to see clearly when pulling out of a junction. Standard parking sensors come in handy, given the blindspots these pillars create and the car’s difficult-to-judge shape.

In terms of quality, behind the flamboyance there are hard, cheap plastics across the majority of the dashboard. The 6.5in infotainment screen does little to give the illusion of plushness – it’s a visibly old system with rather low resolution.

It’s the overarching feeling of having seen better days that’s the most off-putting, though. So much of the interior looks dated and the car feels like a well-kept used car rather than one bought new now. 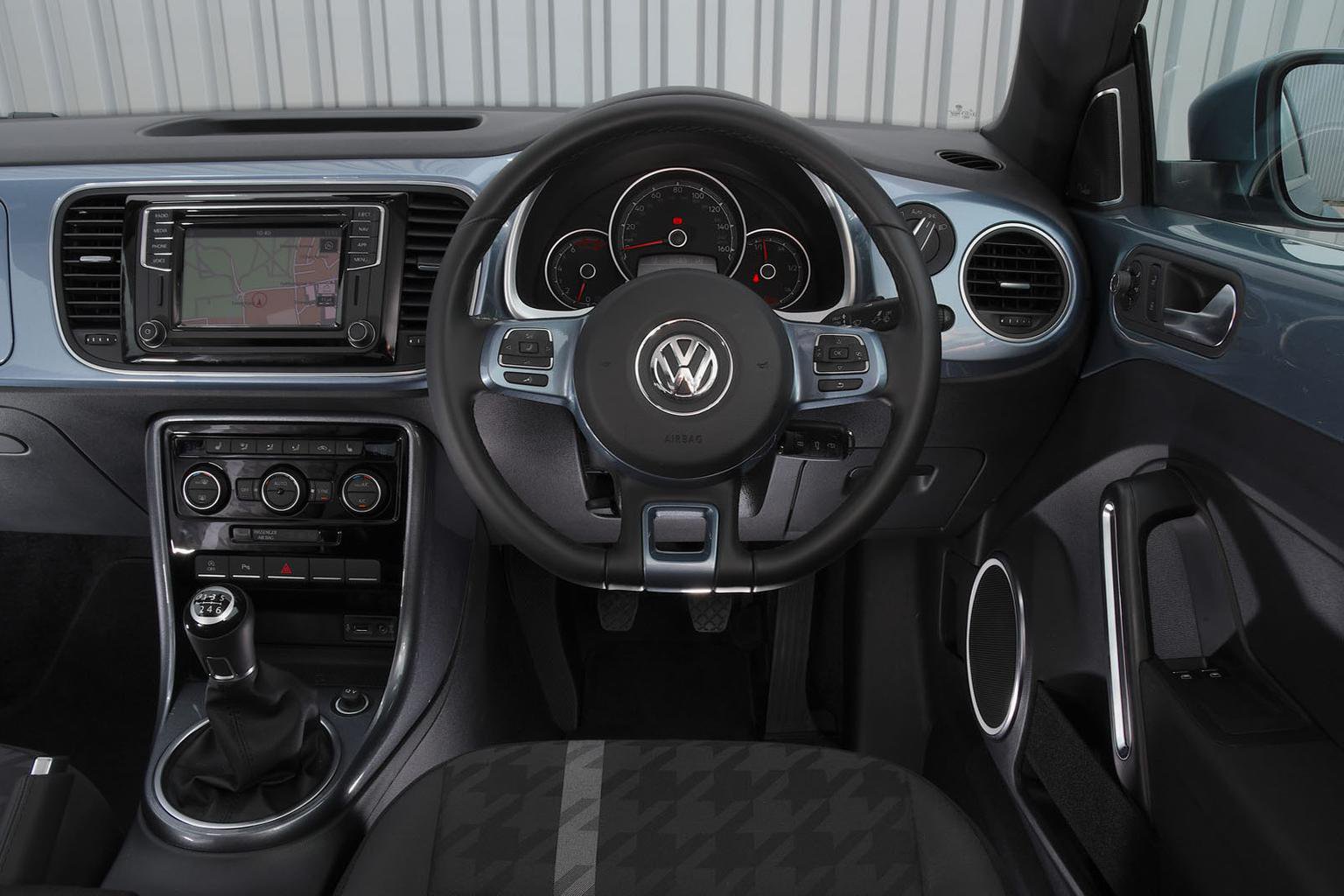