If you were to compare cars to ice cream flavours, the Volkswagen Passat would be vanilla: pleasant, straightforward and inoffensive, but hardly the most exciting of flavours compared with Dulce de leche or Halva. The CC is basically the same flavour as the regular Passat underneath, but its sleeker styling is the equivalent of the sprinkles, sauce and flake garnish that makes the CC much more desirable, even more so now that used CCs can be found for less than £6000.

There was a choice of 1.4, 1.8 and 2.0-litre petrol engines, as well as 2.0-litre diesels with 138bhp or 177bhp power outputs (later uprated to 148bhp and 181bhp). A petrol-powered CC is quite rare on the used market, because most buyers went for the sensible 138bhp or later 148bhp 2.0-litre diesel. The diesel can make its presence known under hard acceleration, but it will quieten down once up to cruising speed and manages exceptional fuel economy.

The interior of the CC will be familiar to anyone who’s seen the inside of a 2005-2015 Passat, because it has exactly the same layout and even uses an identical infotainment system. It’s a well-built interior and the materials used are of high quality, but the infotainment screen is definitely the part that dates the CC most, because of its small size and limited functionality compared with rivals at the time. It is at least easy to use and has plenty of shortcut buttons to help you out.

Due to the sleek shape and sloping rear roofline, head room for rear seat passengers isn’t stellar. Earlier Passat CCs had only two perches in the back, but this was increased to three for the CC. Those up front have plenty of space and the driver should have little trouble getting comfortable, because there's plenty of adjustment in the seat and steering wheel. The boot has a smaller opening than the standard Passat saloon's, but the overall volume is similar to the regular car.

One word of warning, though: the CC has a high tail and shallow back window that can make reversing an issue. High-spec GT CCs come with parking sensors, which help, and the optional reversing camera can provide even greater assistance. 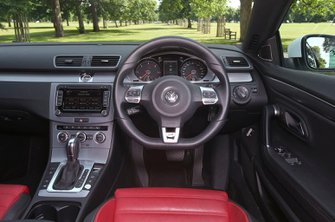 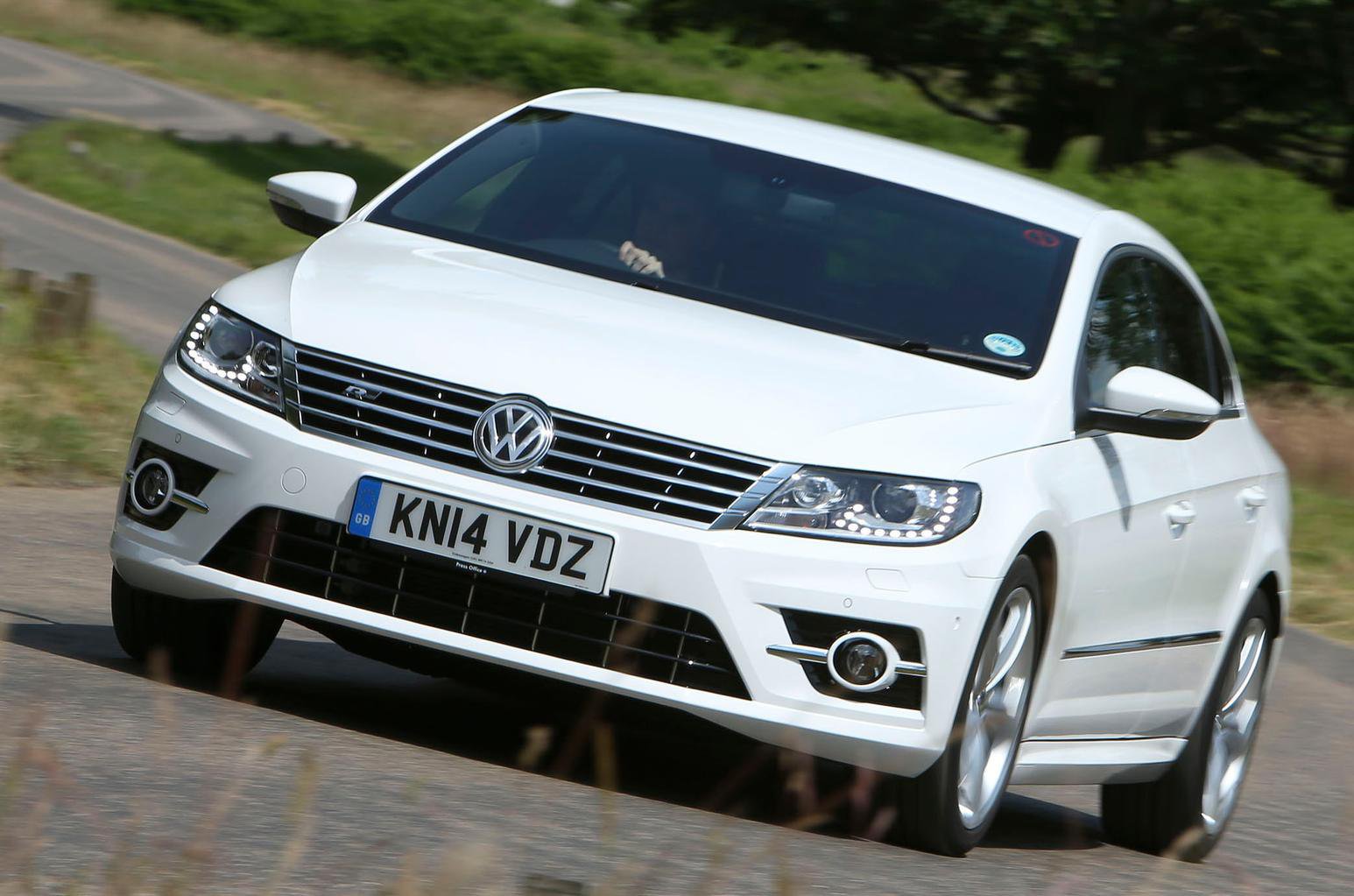